In The North Dakota Bad Lands

Rolled on through the wind on these high plains. Nothing bad though and from the side anyway, not a diesel eating head wind. Found our way to Theodore Roosevelt National Park and another $5 camp.

You know, when I can get a good camp with water and an outhouse (that stretches my tanks) I just fail to summon the gumption to go find a boondock somewhere else. That's one nice thing about hitting a lot of these places in the off season... the corporation has gone home and the forest service or the park service are doing their job for once...

which is curious... because when the Forest Service/Park service charge their $10 bucks... they get the whole $10... when a concessionaire charges you $18 or more... the Forest Service/Park Service gets about .90 cents... (my understanding is they get 'bout 4-5% of revenue) hmmmmm... what beaurocrat schemed up that sweet and profitable deal for the parks and forest lands? ah well... what does a pus gut mountain cowboy know huh? 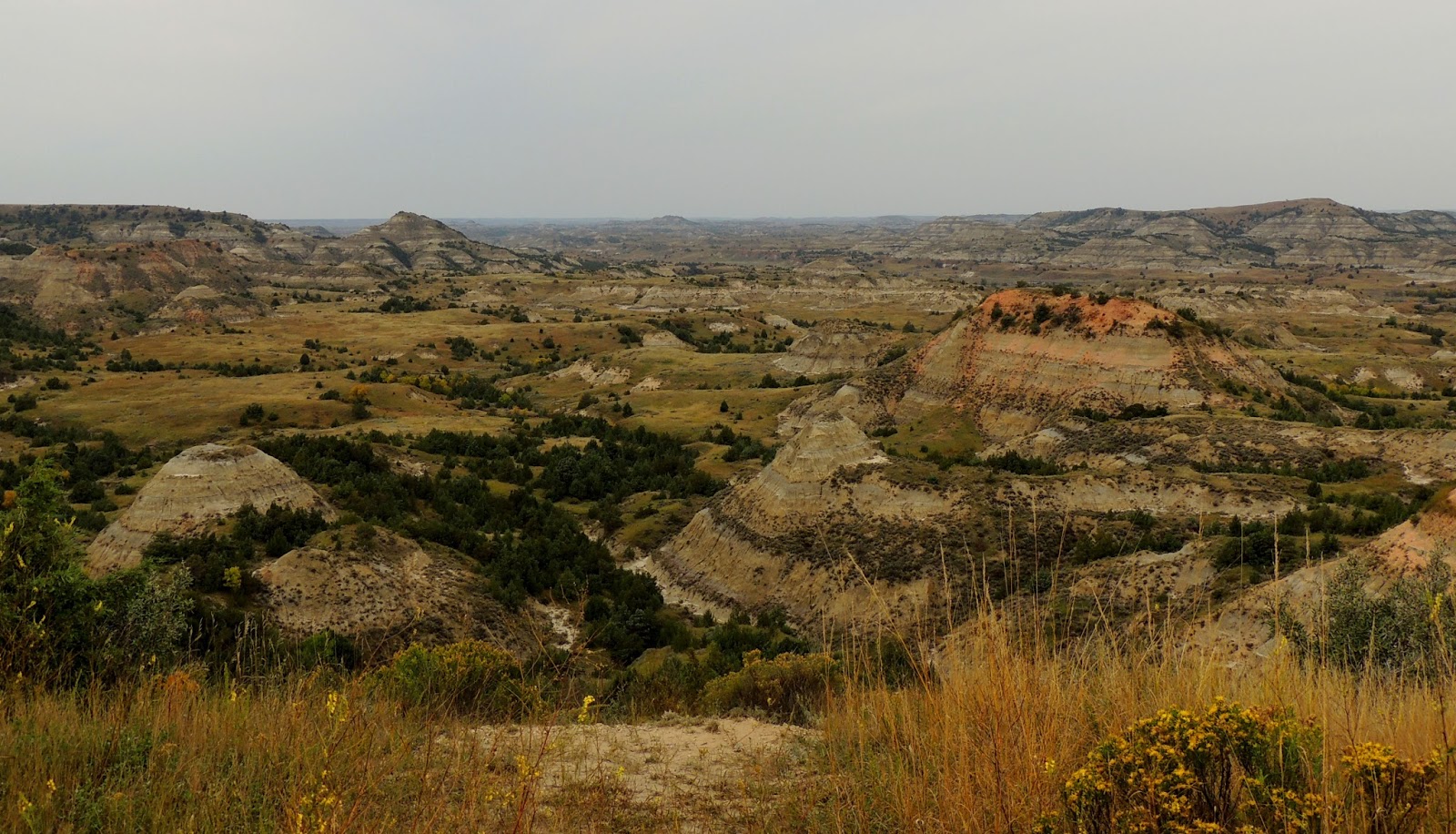 First thing next morning... just before the sun broke over the trees I heard a rustlin' and thumpin' outside...  Knowing it wasn't December it couldn't be a lil' fat man and some mutant reindeer... 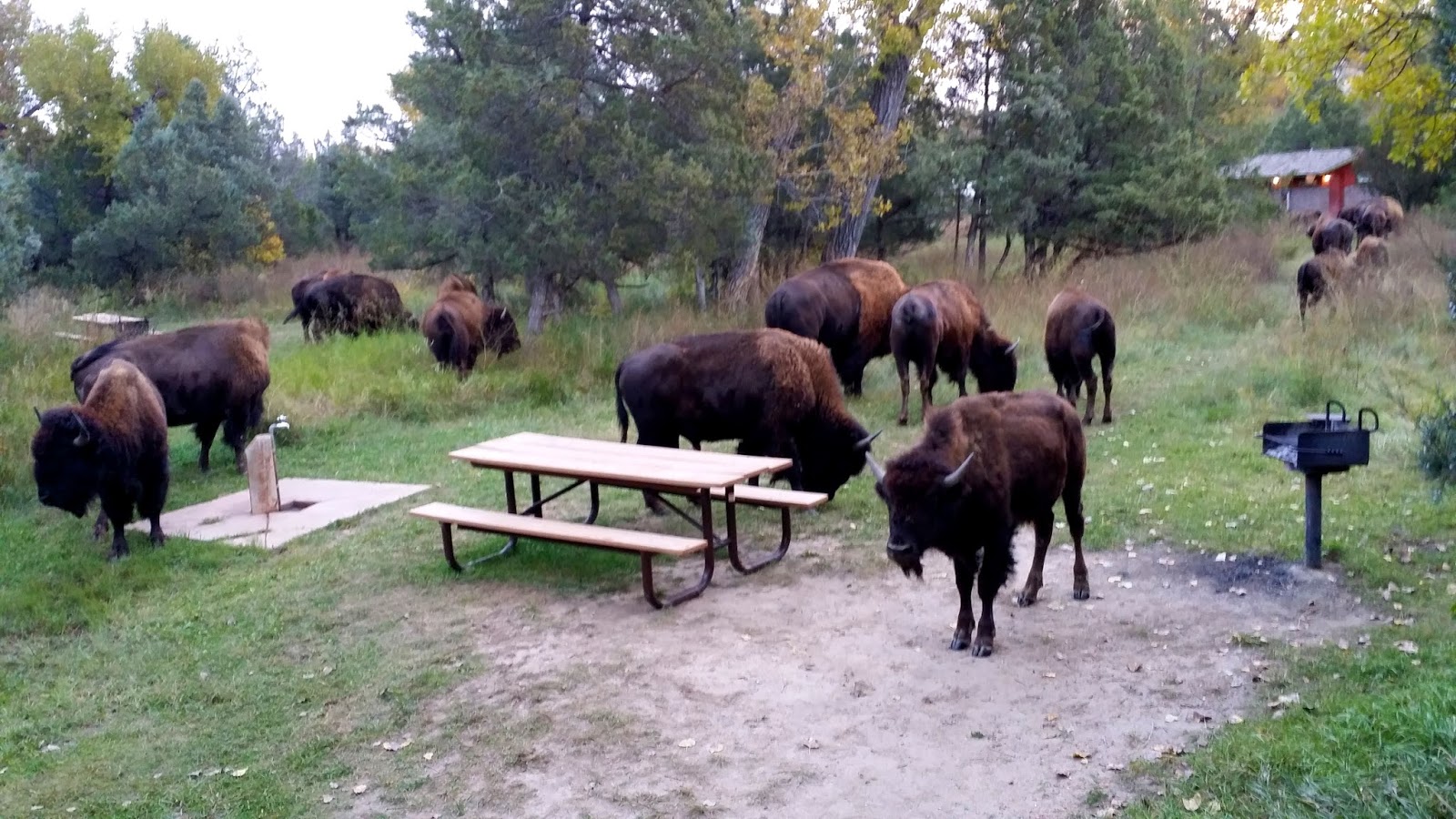 I opened the door having a strong need to go utilize those facilities I was payin' my five bucks for ;)

Buuuuuuut.... I decided the waiting line was a little much so I used what I have on the rig. 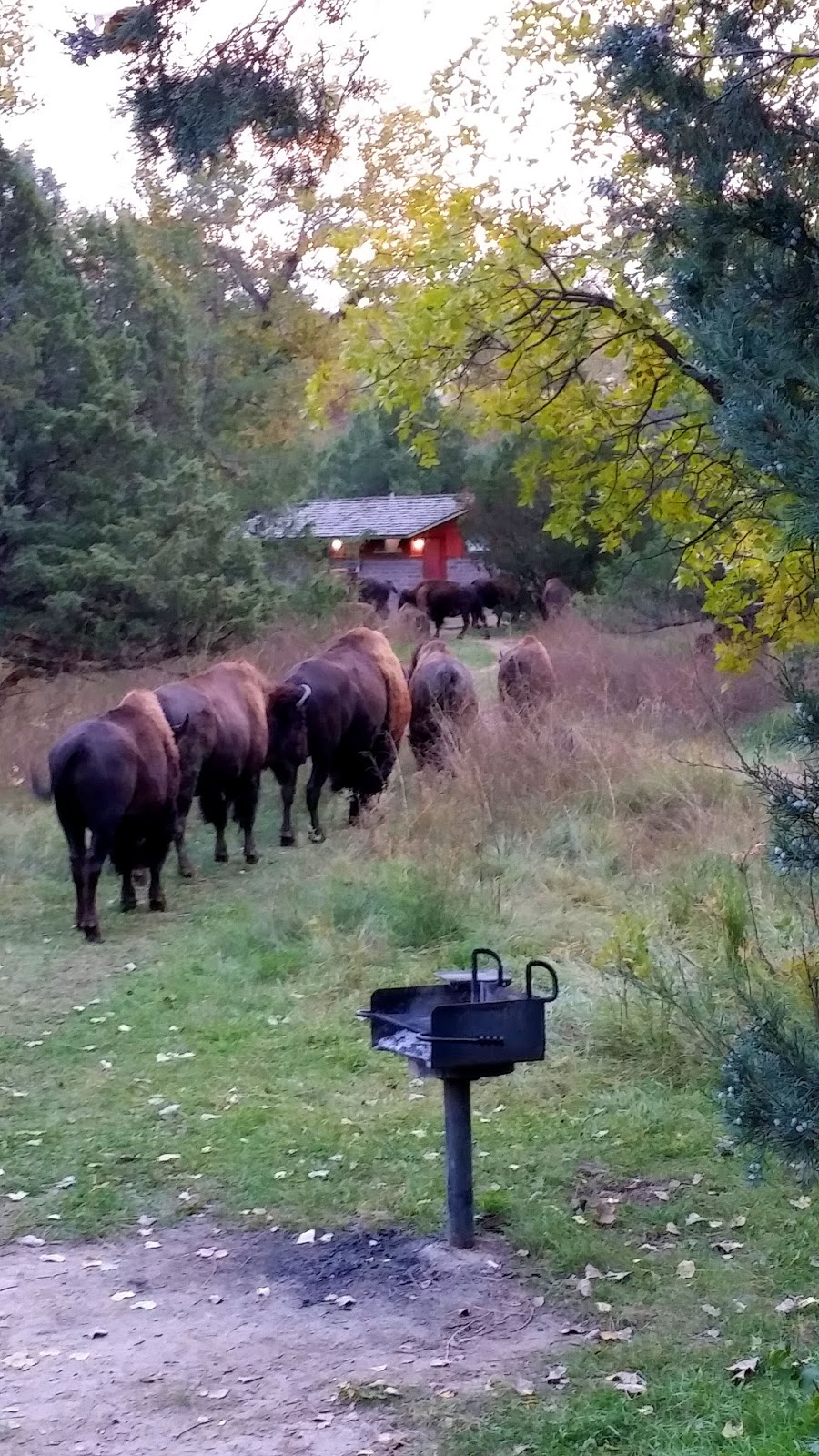 One of the buggers was standing at the foot of the rigs stairs when I swung the door. Thought she might even climb in for a minute.

I won't complain. Actually I kinda like it. Something you ain't gonna see in Toledo! and it lets me know that though people continue to spread across the face of the globe unrestrained... there are a few empty places left where a fella's soul can breathe. 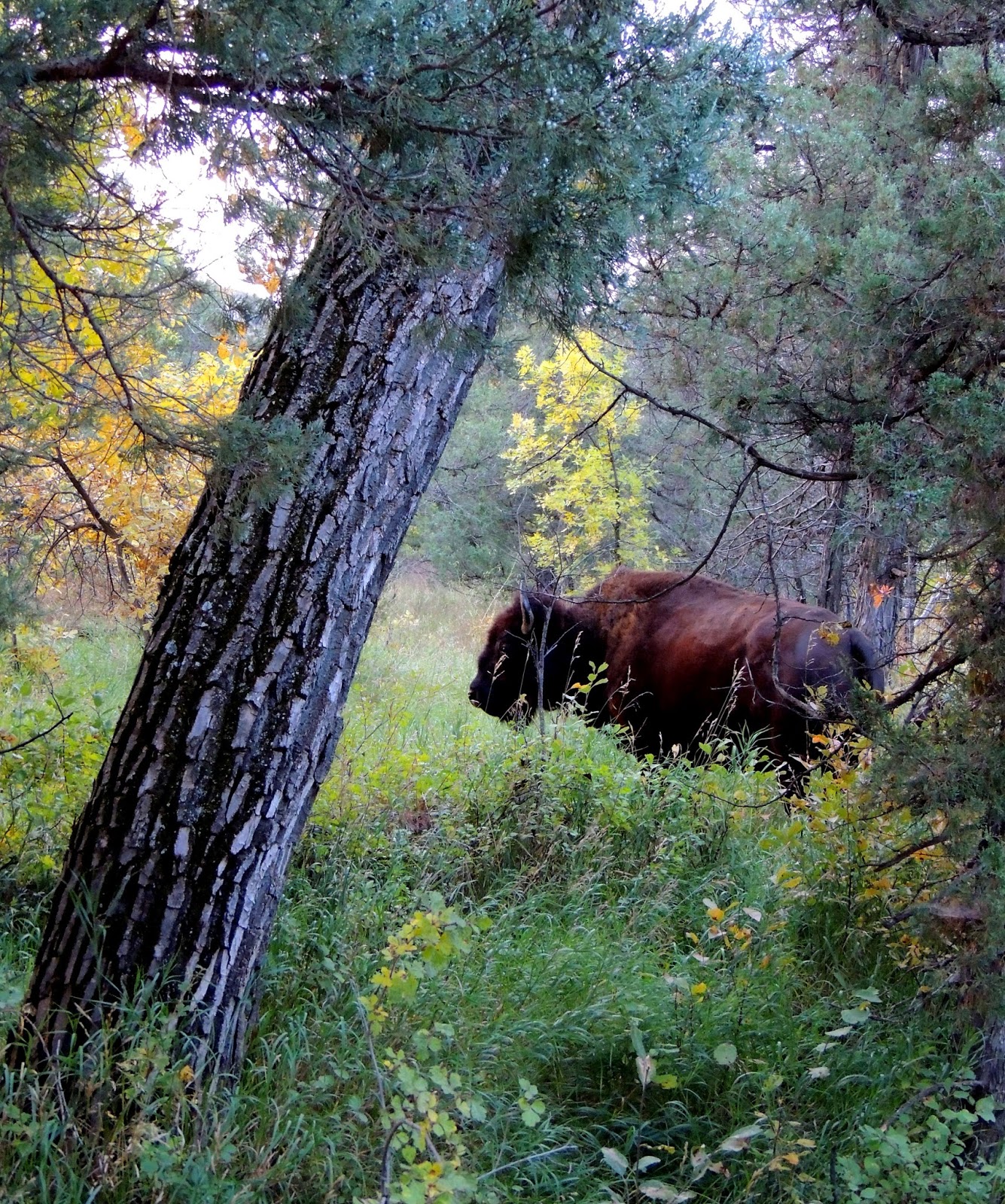 We spent two nights in this camp. And even when moving that's the way I've come to go. Move one day or two... and then set up for a couple. It's a nice easy pace. No need to rush when you've got nowhere to be and all day to get there!

One of the critters we'd hope to put eyes on were the wild horses that make a residence in the park. There's supposed to be 137 of 'em in several bands. We luckily stumbled upon one of 'em up close that first morning... 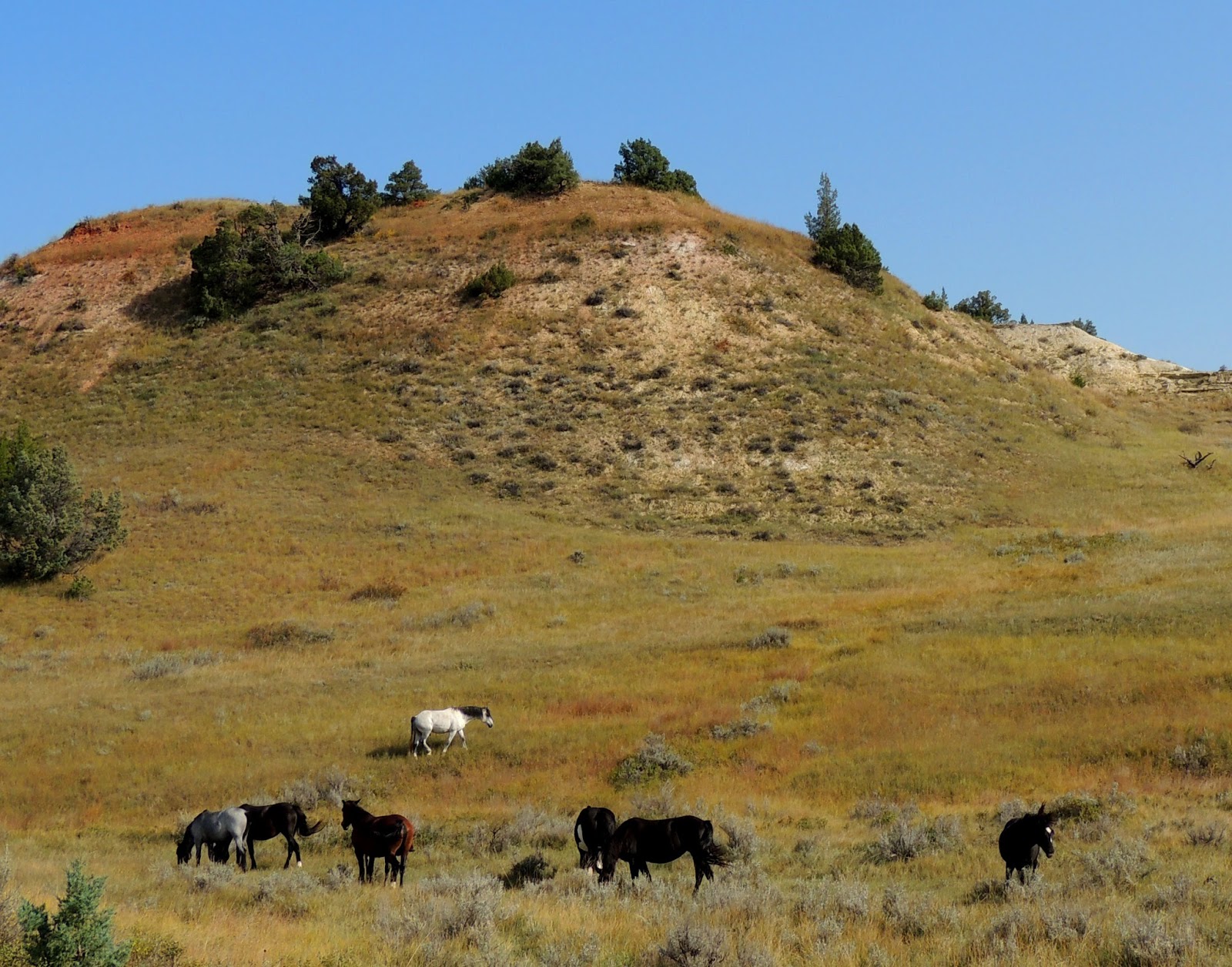 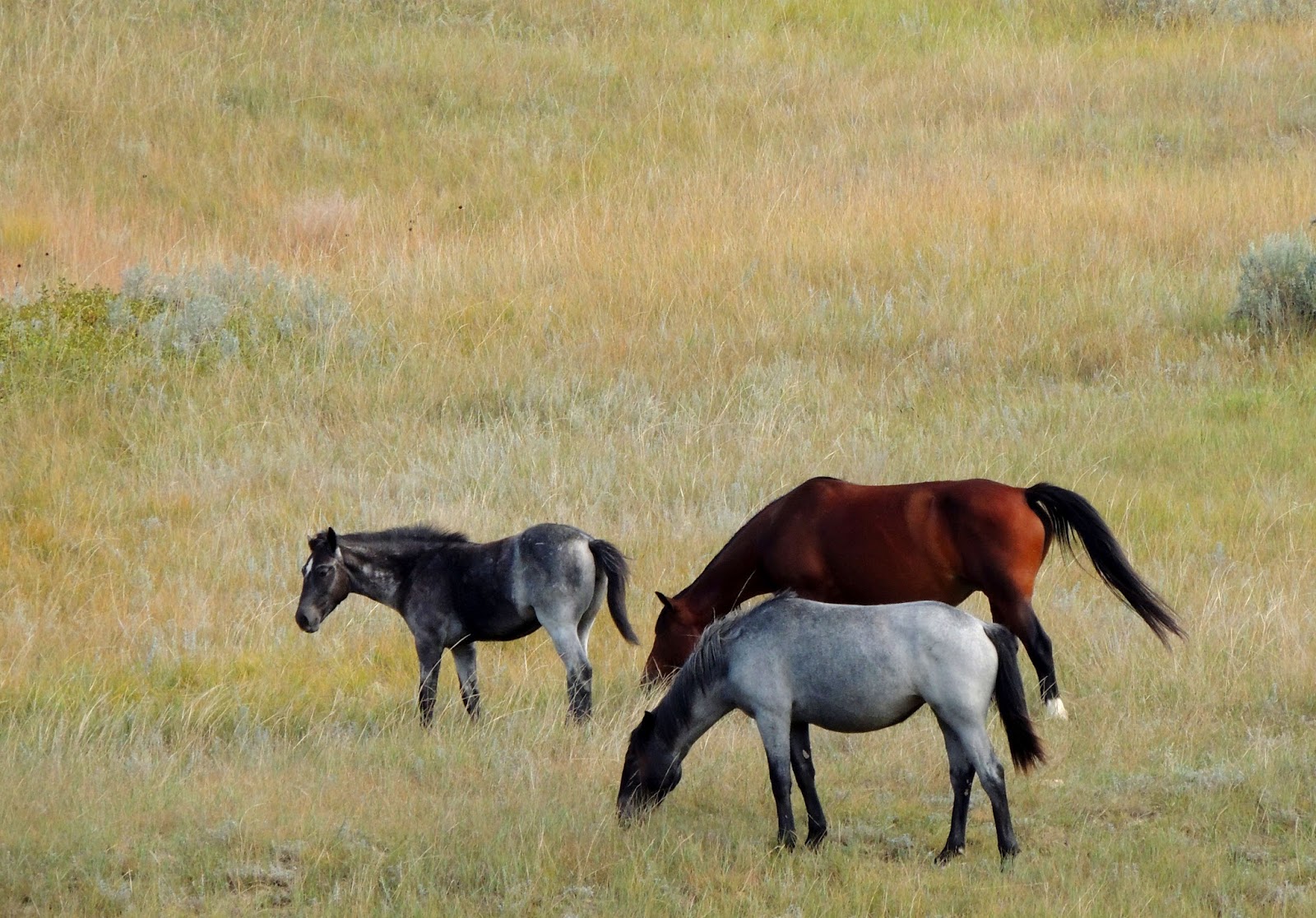 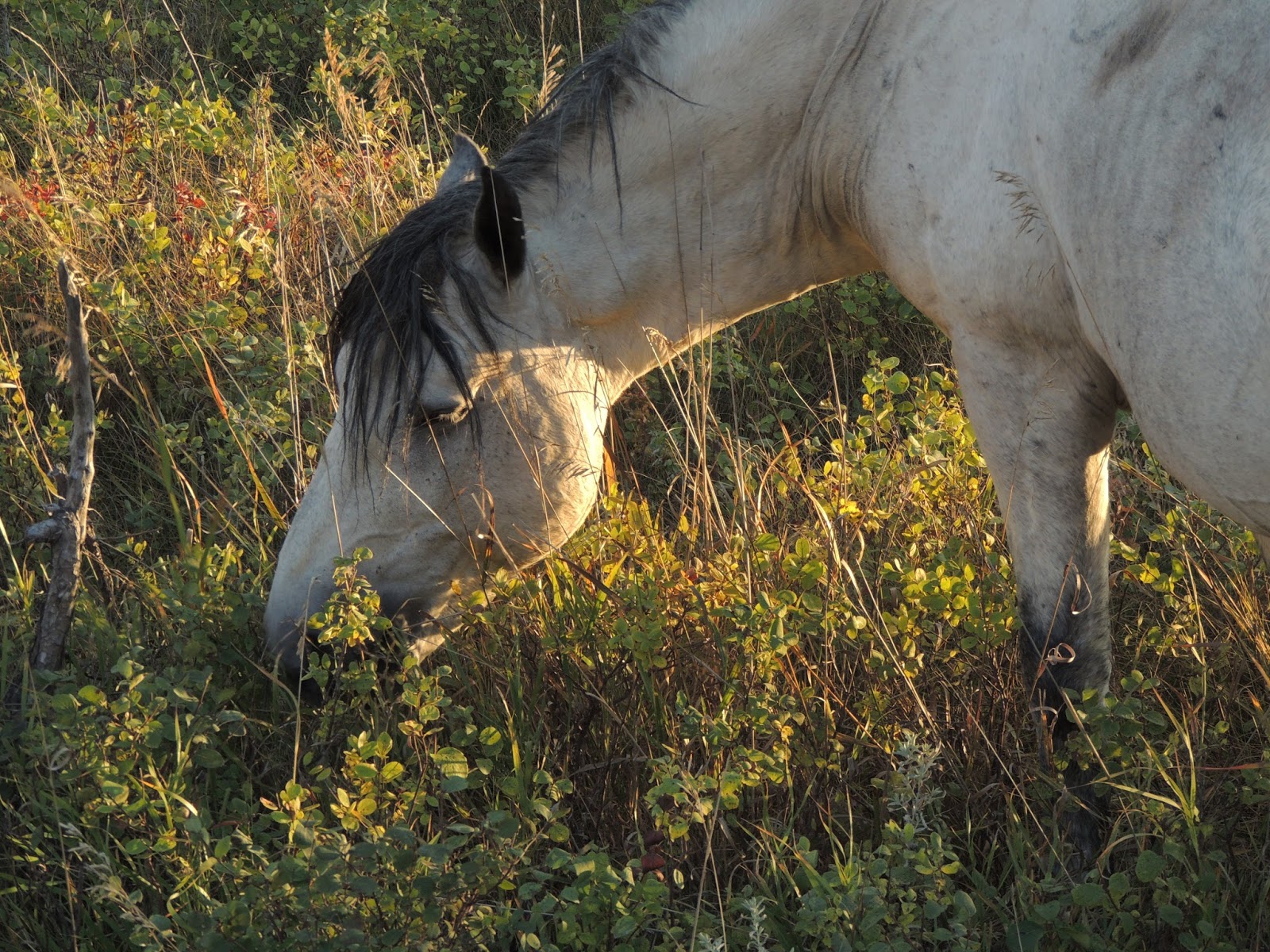 This country don't look so rough in the summertime... the grass deep and lush... but damn. Come winter, it's a tough place to survive! well... unless you truly like a thirty mile an hour wind at twenty below!

Our camp is down in those cottonwoods along the Little Missouri... 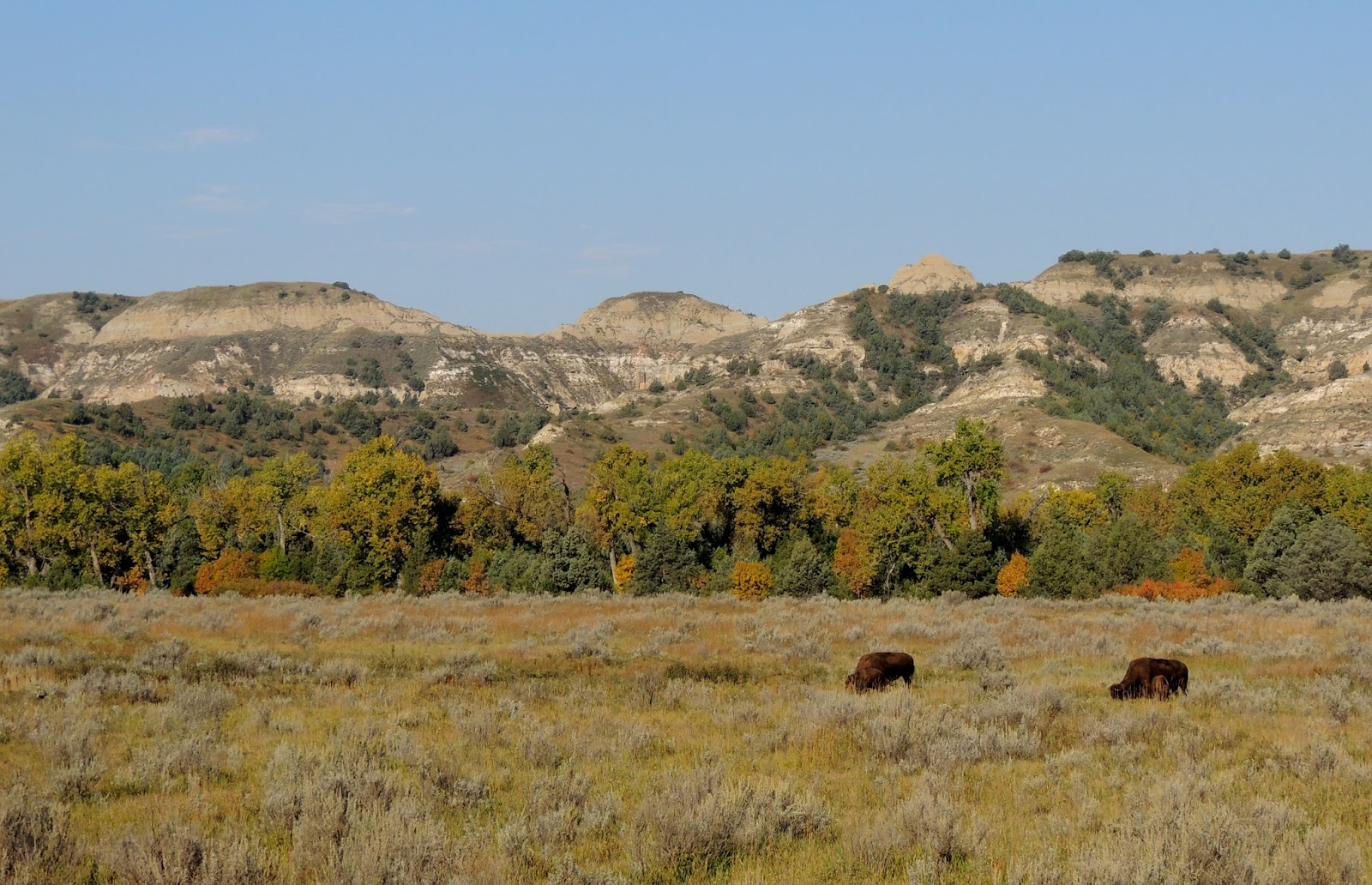 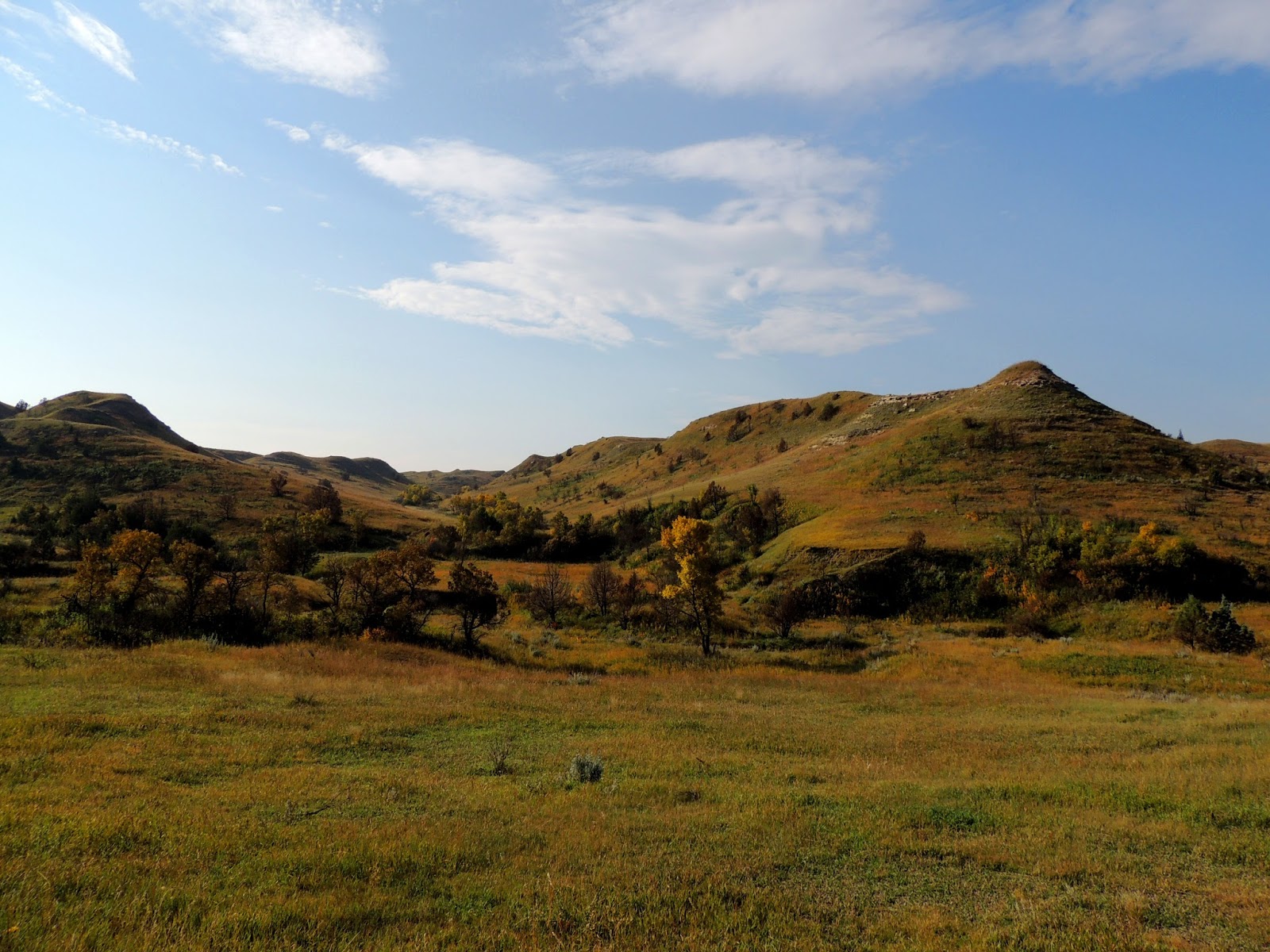 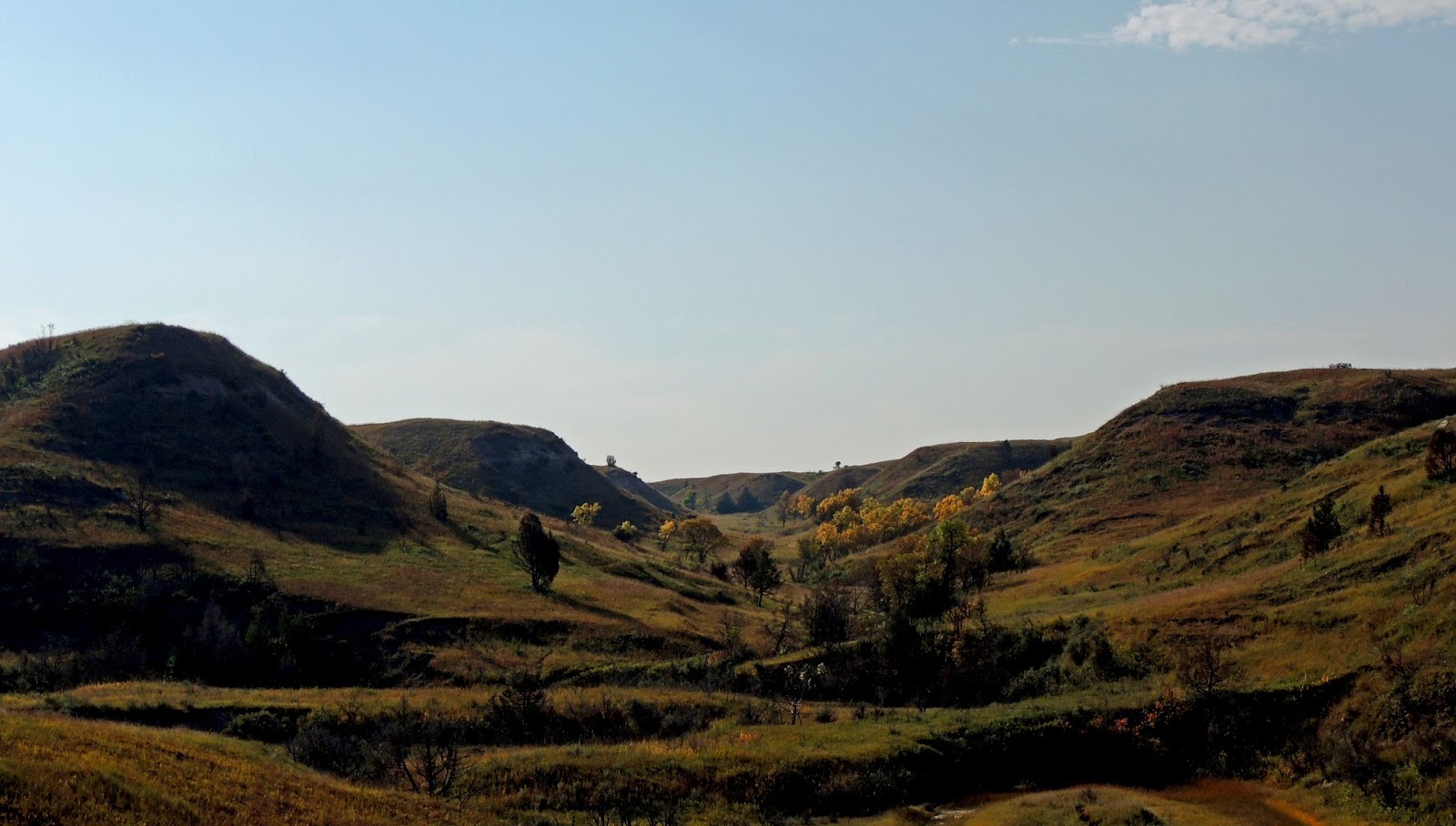 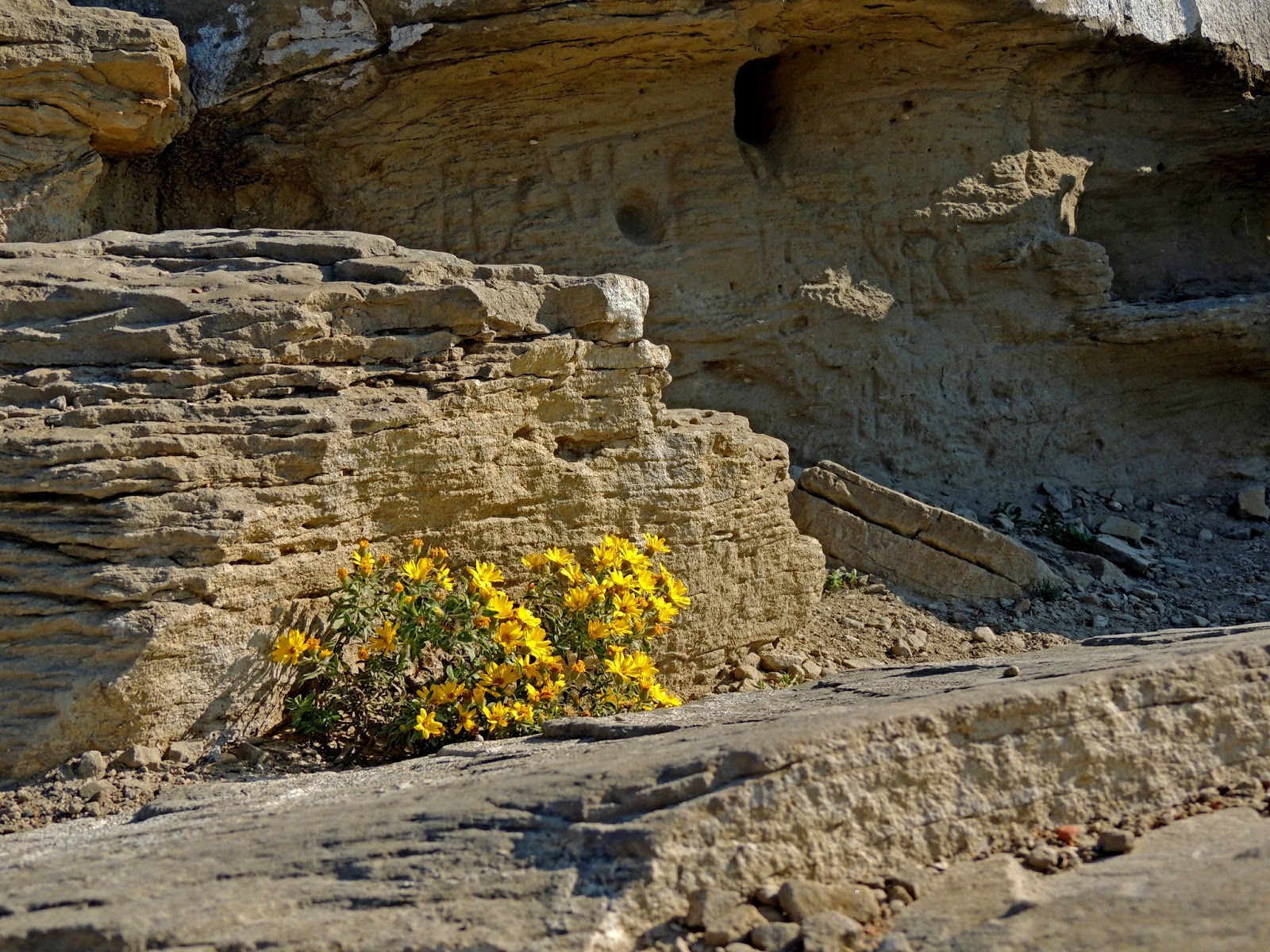 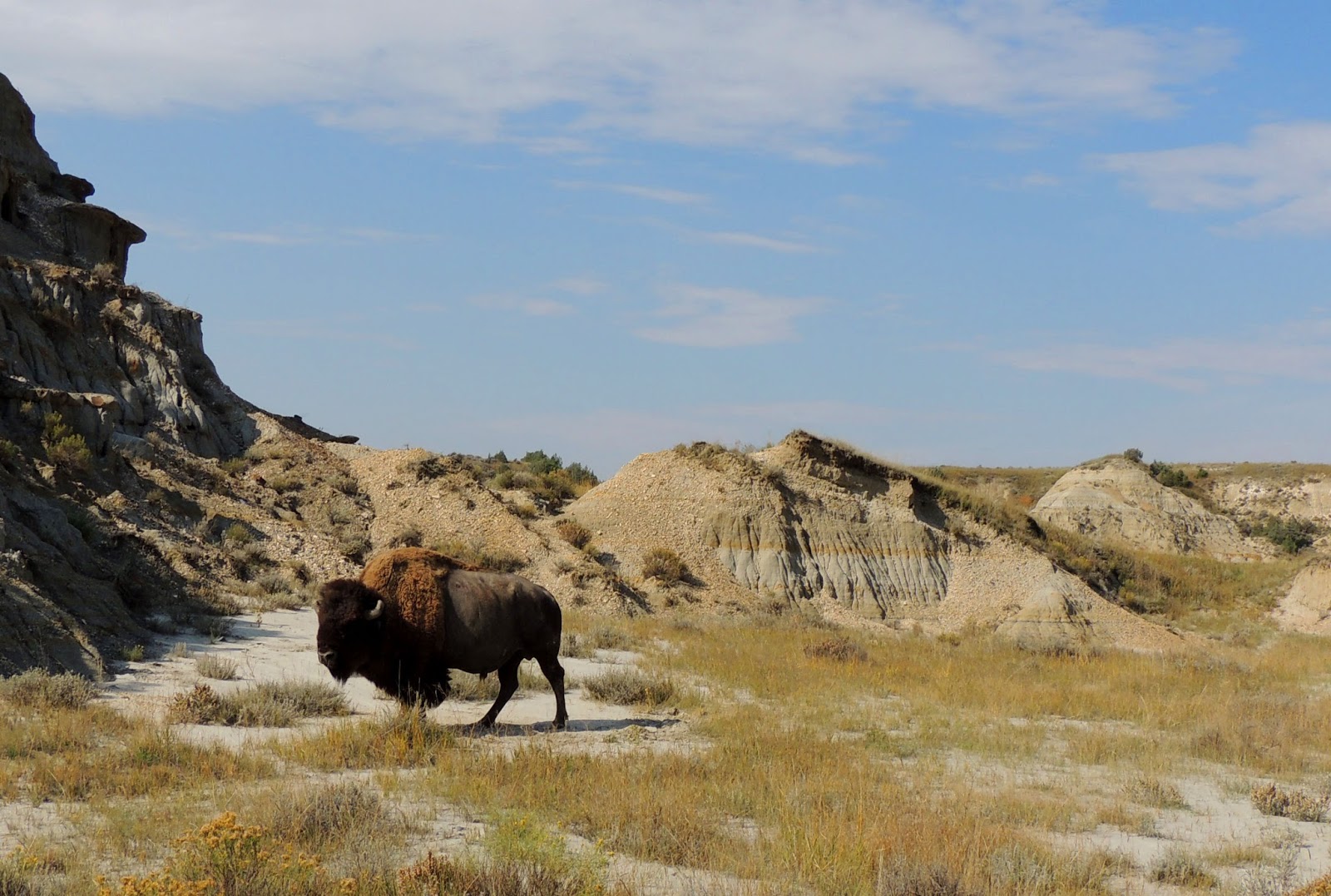 One thing that always cracks me up is the number of people who stop in the middle of the road to watch... prairie dogs... ha ha ha... I mean... for me it'd be like driving down a street in the bronx and stopping traffic 'cause a norway rat was shuffling through somebodies trash! ;)

It just goes to show that folks all have different interests I suppose. To each his own... but... I don't think that dog was happy with me takin' his picture... sounded like prairie dog cussin' to me.

A short clip of that cussing dog... For all you prairie rat lovers ;)

Theodore Roosevelt National Park is in two units; There's a South unit and  North unit. After two nights down south we bumped the fifty miles or so on up to the North section. Another $5 camp and lots of room. 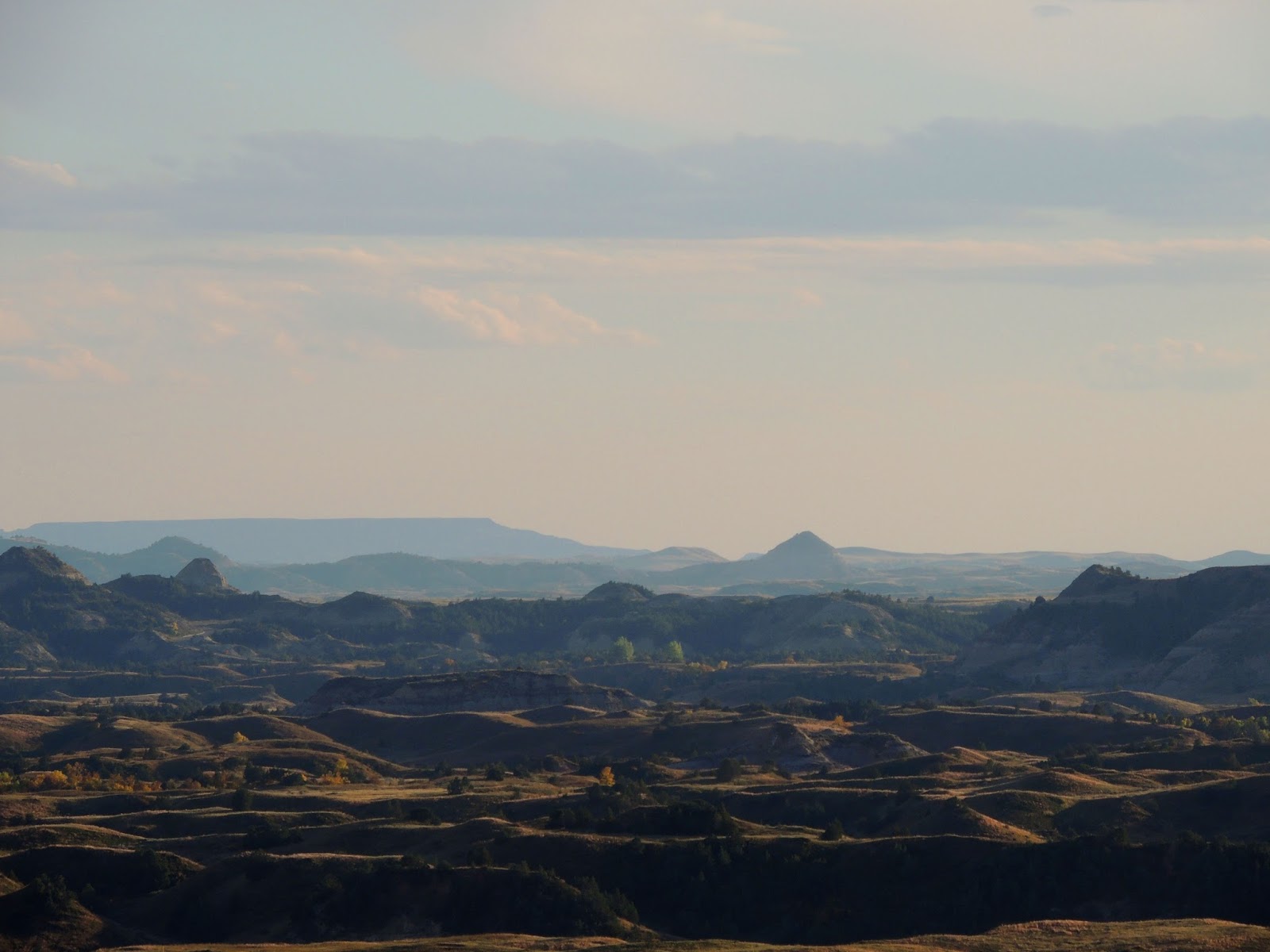 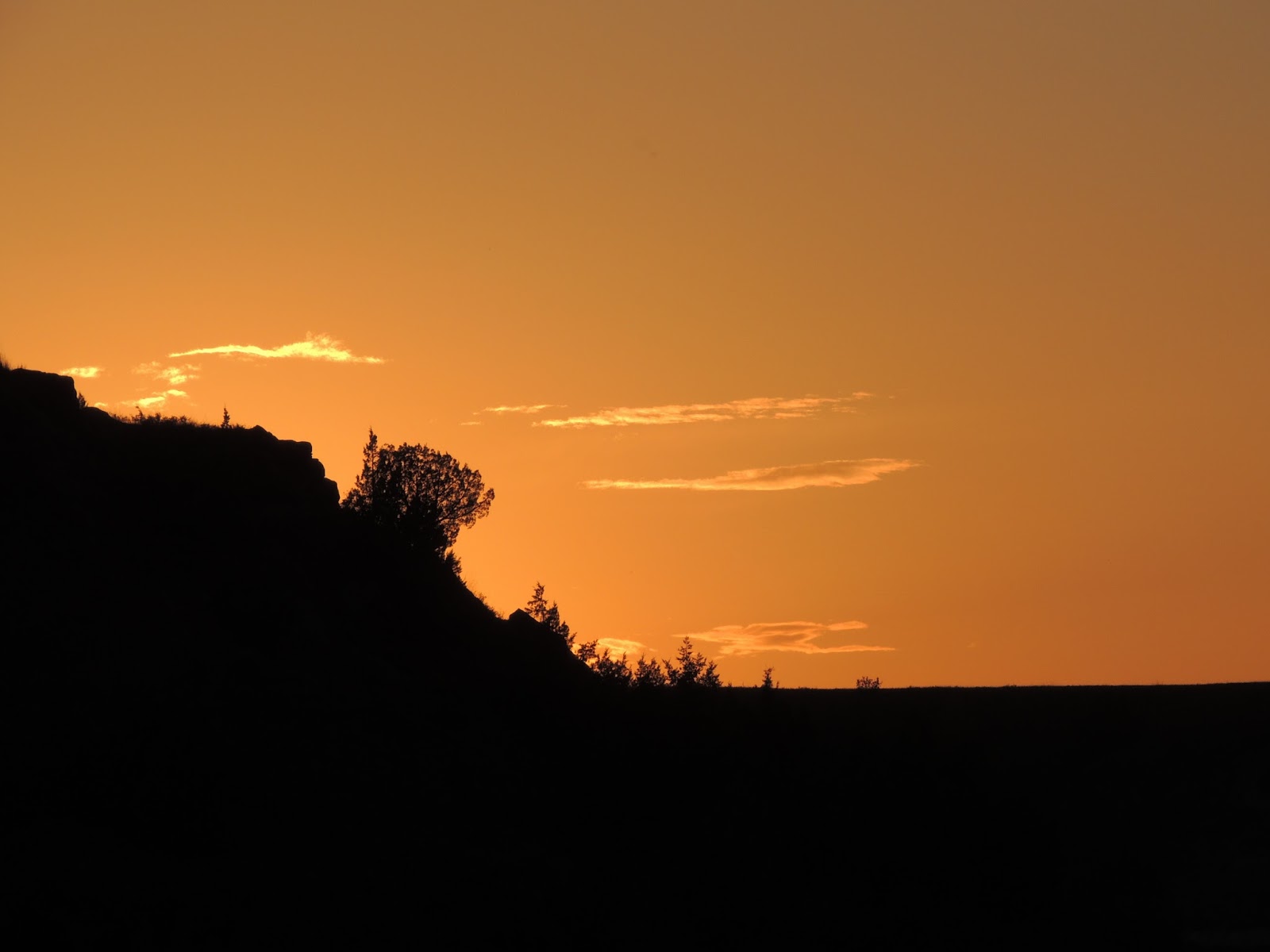 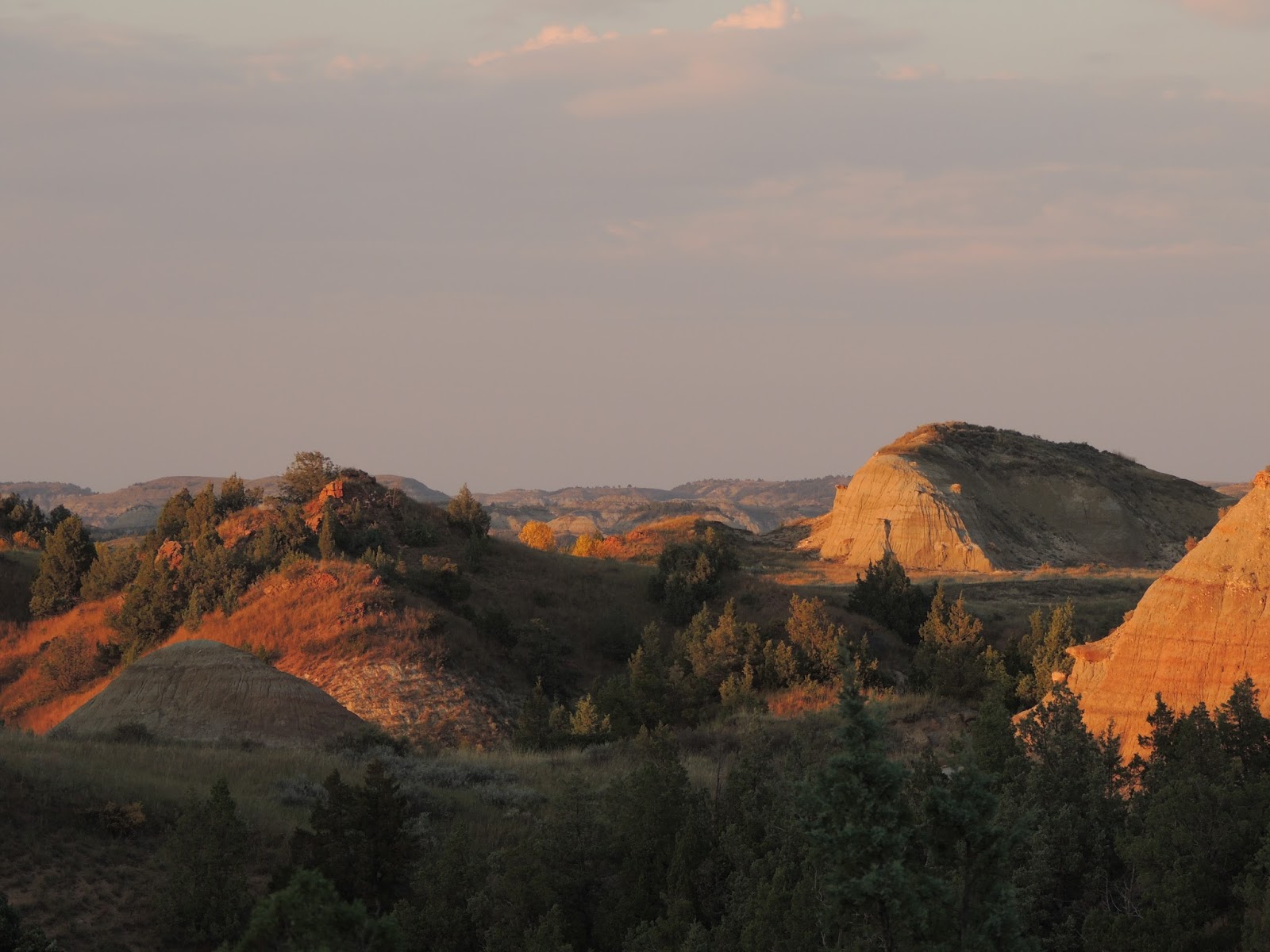 The Bad Lands in Theodore Roosevelt National Park are rough country. But for a fella like me, they provide the space where the BS of Soh-sigh-uh-tee fades away for a spell... and an old buster can just... breathe...  This is a hard country but it's real.

There's a serenity and purity here that's hard to explain or define.

Those first photos of what is just outside your door first thing in the morning make me ask myself ... what would my hounds do in that situation? Would my bloodhound and two bassets bark when they first heard them? They do not bark here at home.

So that leaves the question, if they didn't bark and didn't know they were there until I would open the door to my trailer, would they be in danger from chasing them.

I assume the hounds would get the crap kicked out of them and it would end ugly.

Love the horses. They were much sher than the bison & "dogs" when we visited the South park years ago. Definitely gotta see the North part. Hope to cross paths again this winter in AZ, but stay warm in the meantime.

I "get it" very much..loved that you got the fun time of opening your door to the buffalo. And your description of the prairie dogs in comparison to rats cracked me up....yes, I love those little critters, and fireflies and horses and buffalo and...you either 'get it' or you don't. Lovely photos. :D

Buffalo are NOT cows. Think of Cows on steroids with a bad attitude. The number of people mangled and worse by buffalo in Yellowstone dwarfs the number Bears ever thought about Whacking.

If you take dogs to the wilds... you MUST have them under control. It's as simple as that. Barking from your rig isn't a real problem... but chasing them? That's like poking a hornets nest and expecting to Not get stung.

Buffalo are NOT going to tolerate invasion of their space... by any.thing. Dogs don't get kicked. They get crushed... and people too.

Reminds me of a sight I saw years ago. A guy on a Harley was caught in a buffalo Jam... A young bull was walking past and the bad Azz Harley pilot thought he'd intimidate that bull with the rumble of his scooter... so he cranked the throttle and roared his V Twin motor... Now, buffalo aren't intimidated by ANYTHING...

Reving your motor might make a biker chicks heart throb... but a Buffalo? It only pisses that Ol' boy off... which you DON'T want if you're sitting ten feet away on two wheels.

That Bull Charged, whacked the front wheel of that 900 lb lump of steel, lifting it off the ground and nearly turning it over backwords.

So... Moral of the story is; When you go into wild country understand... ESPECIALLY if you're from where there's more concrete than grass... Those are NOT domesticated trained circus animals... they are predators or prey and act accordingly... Fight or flight. Think, and don't put yourself in a position where you can get caught...