Crazy Horse, Theodore Roosevelt and Sydney on the Horizon

...before making a daylong roll to the South Unit of Theodore Roosevelt National Park... and then Moved this morning up to the North Unit.

We'll bump on over to Sydney on Sunday, to get all the paperwork buttoned up and start working in the Lab Monday evening.

But first a little more from our stay around Rushmore and Crazy horse.

While we were set near Crazy Horse, made a small circle that took us past Rushmore... 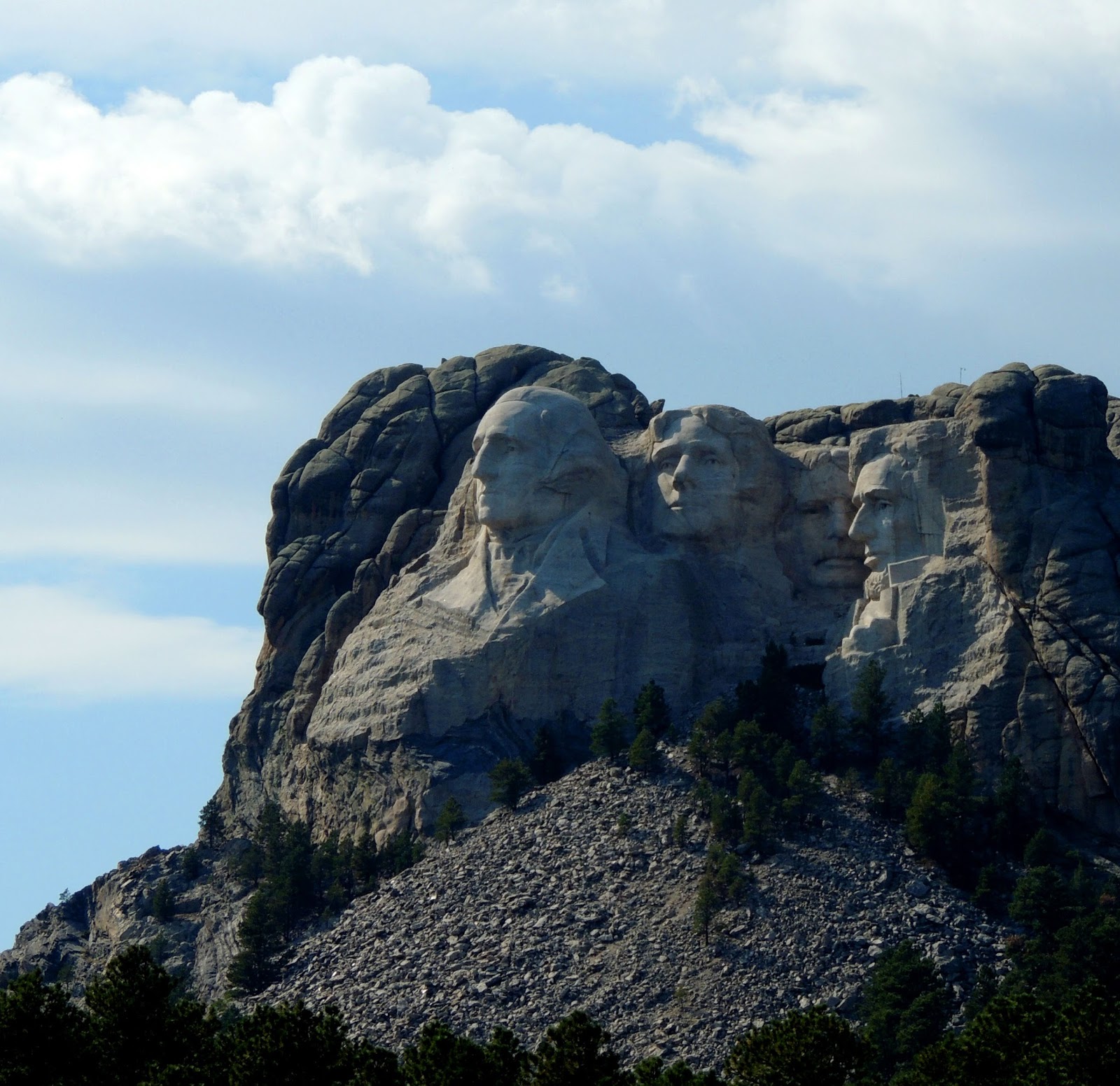 Where, since I've not piled any beets yet so the bank is pretty empty I opted to NOT pay $11 to park... and just Poached pics from various wide spots and pull outs. :) 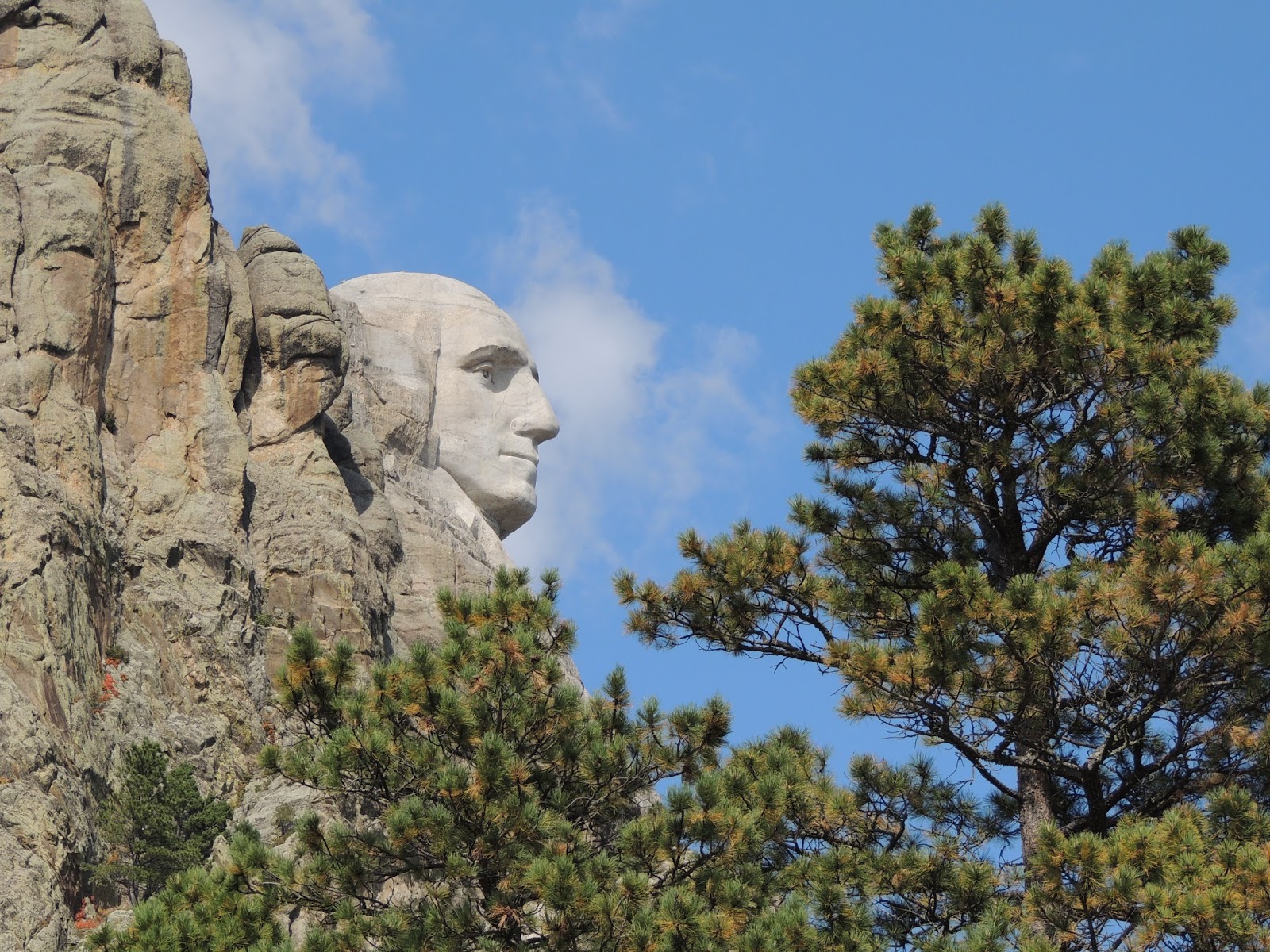 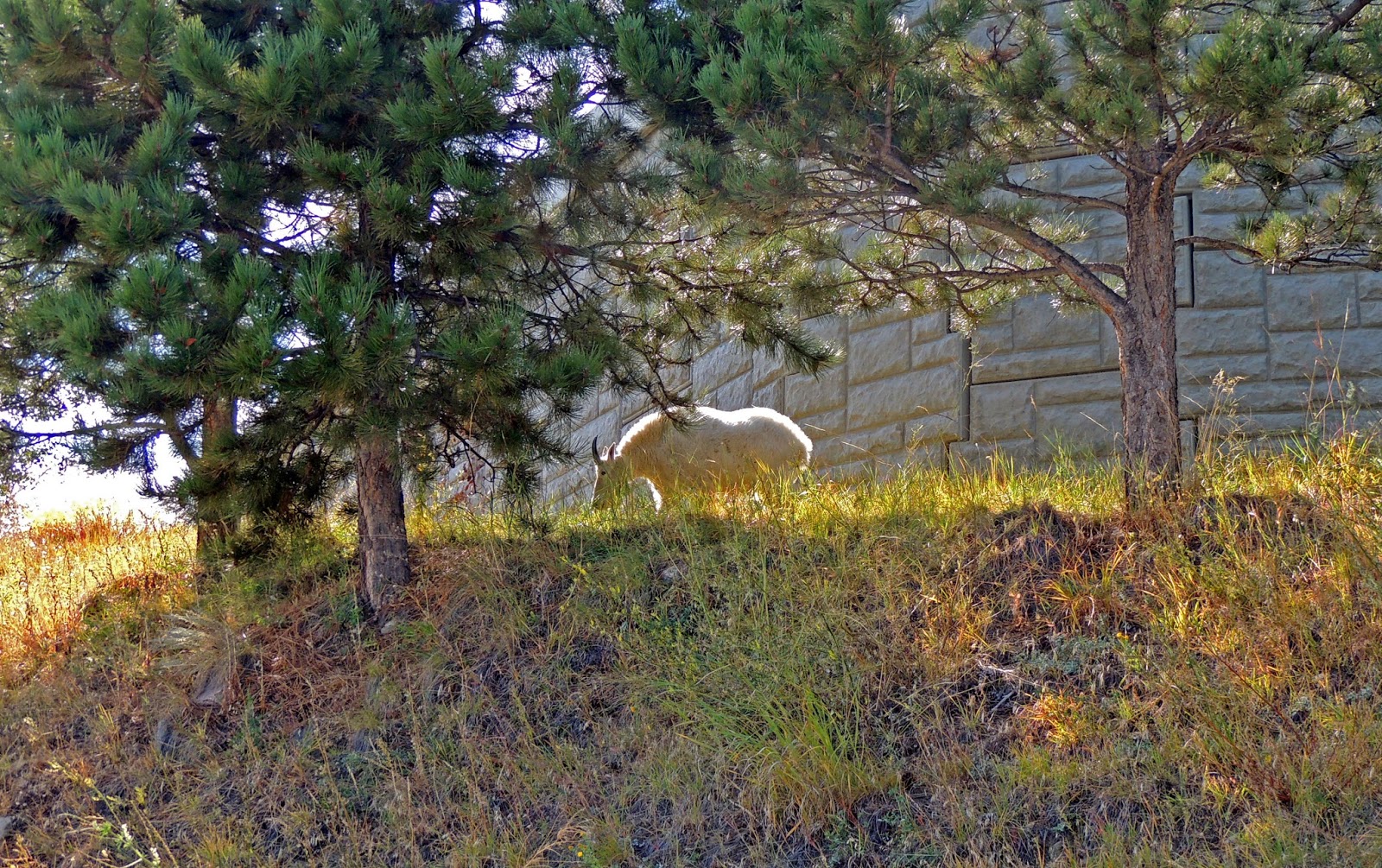 On toward evening, after being advised by a reader that Military Vets are gifted free entrance to the Crazy Horse site... we went on over there to walk through the Museum and see what's what. We did that and then left for a short while to fuel up for the next days run before returning for the nights Laser Show on the Mountain. 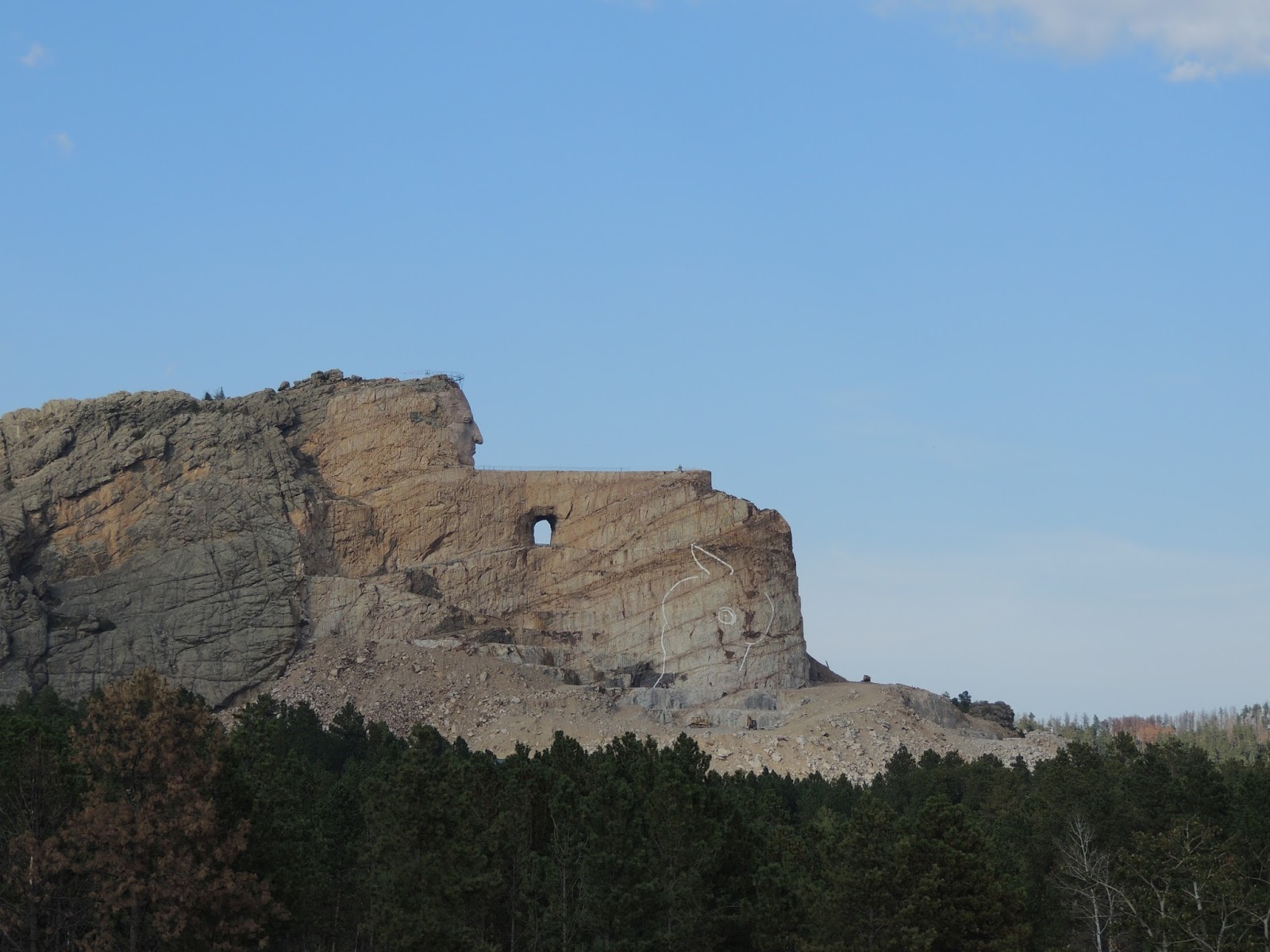 I think it awful amazing that the man who started this monument, Korczak Ziolkowski, which dwarfs Rushmore, worked from 1947 until 1982 when he died... and never saw any more than a lot of blasted rock. His family has continued the work, totally on private funds since then.

The Face of Crazy Horse wasn't carved out of the stone until many years later. It wasn't finished until 1998 I think they said. When he died in 1982 only rough blocking had been achieved. Talk about dedication. 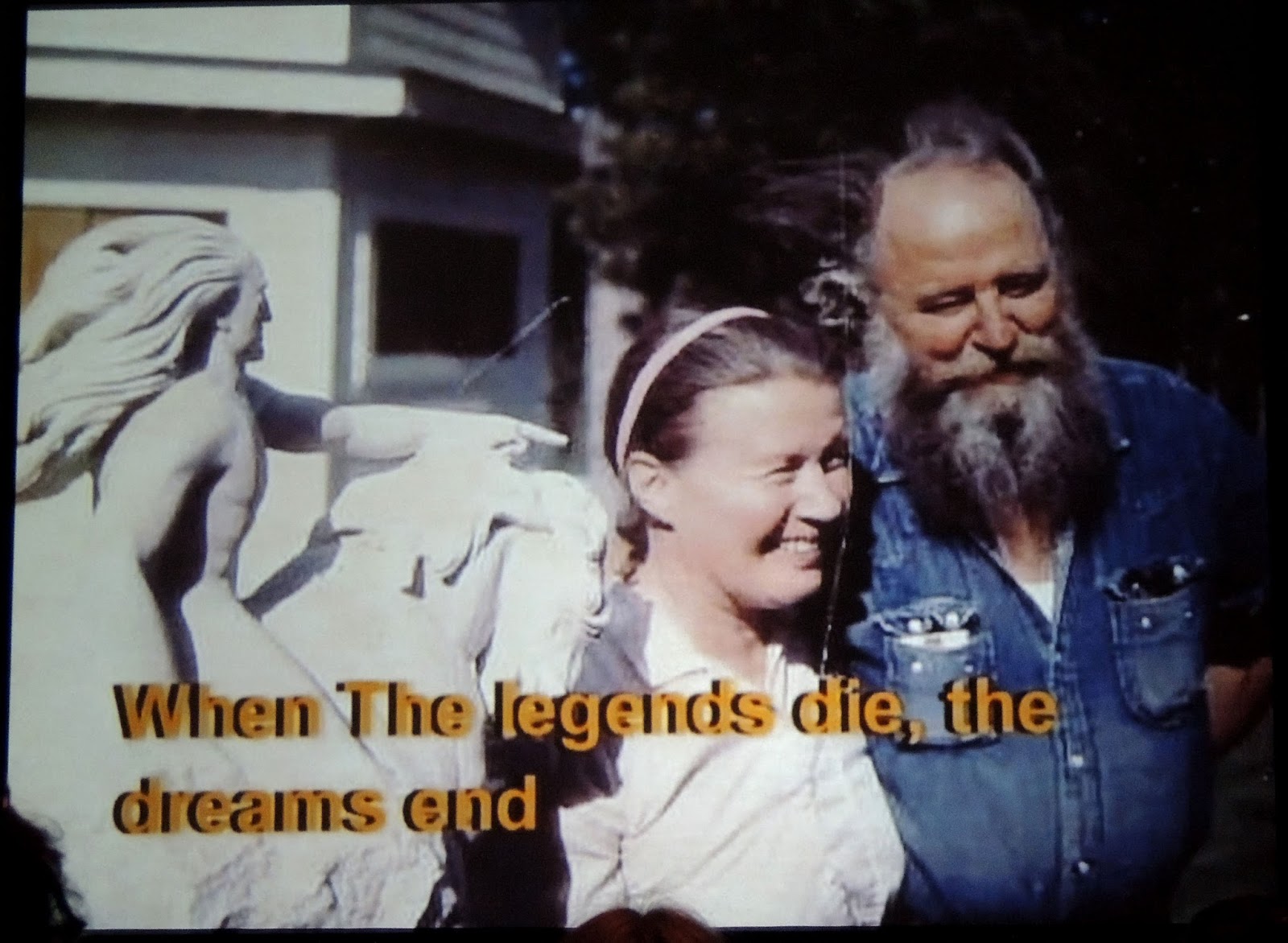 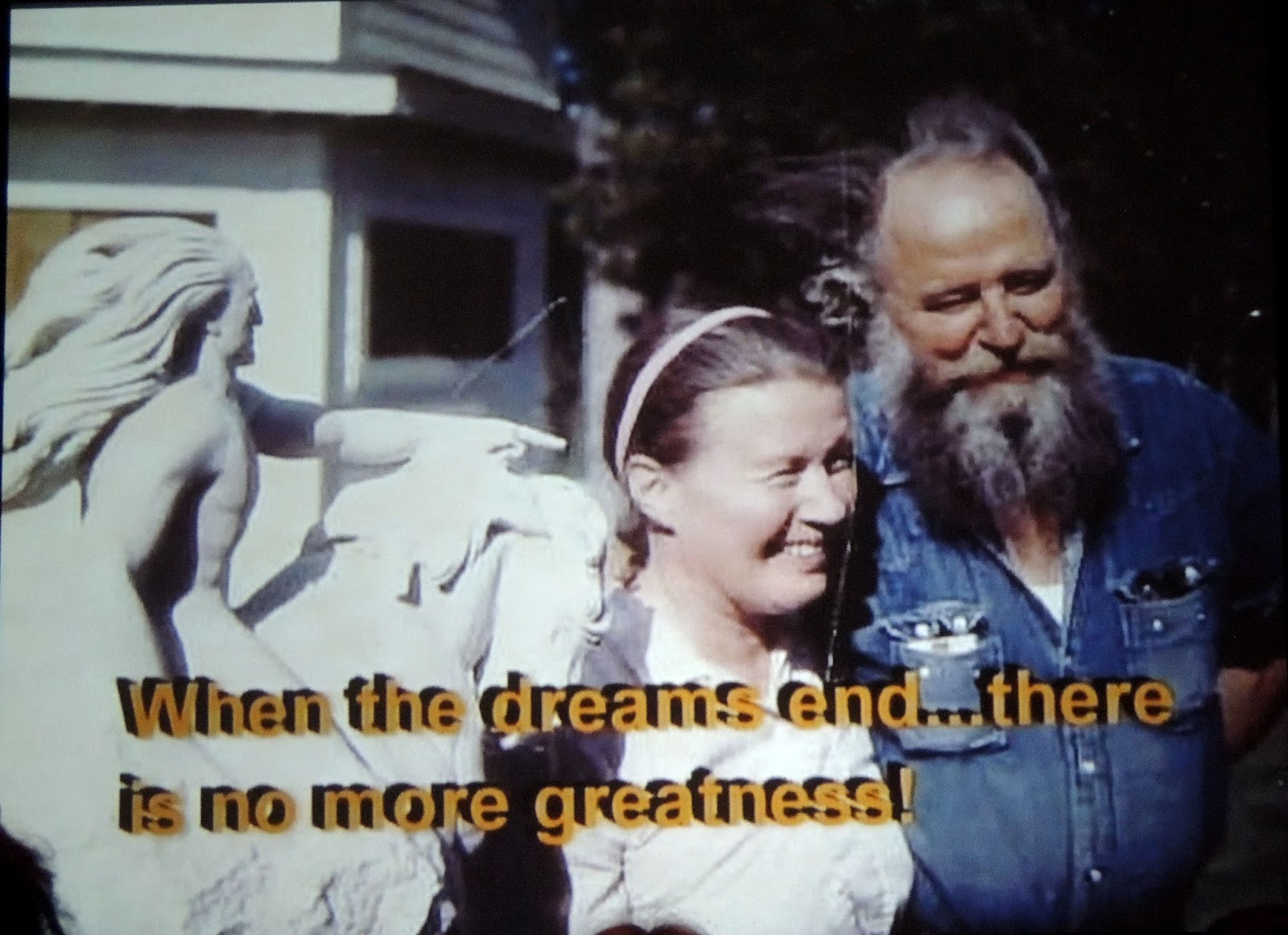 Inside they've art, artifacts, a gift shop and a couple of examples what the completed work is to look like. 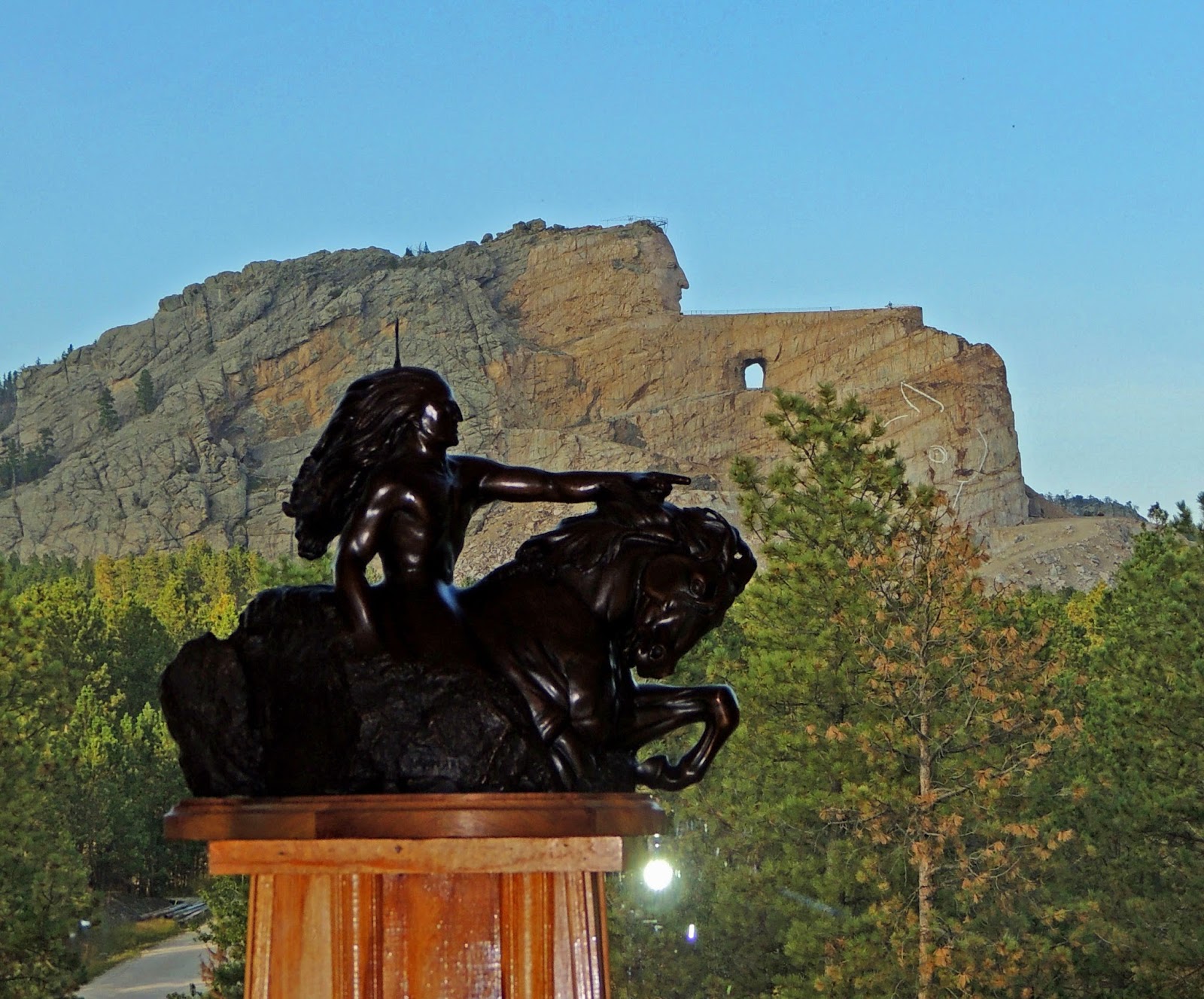 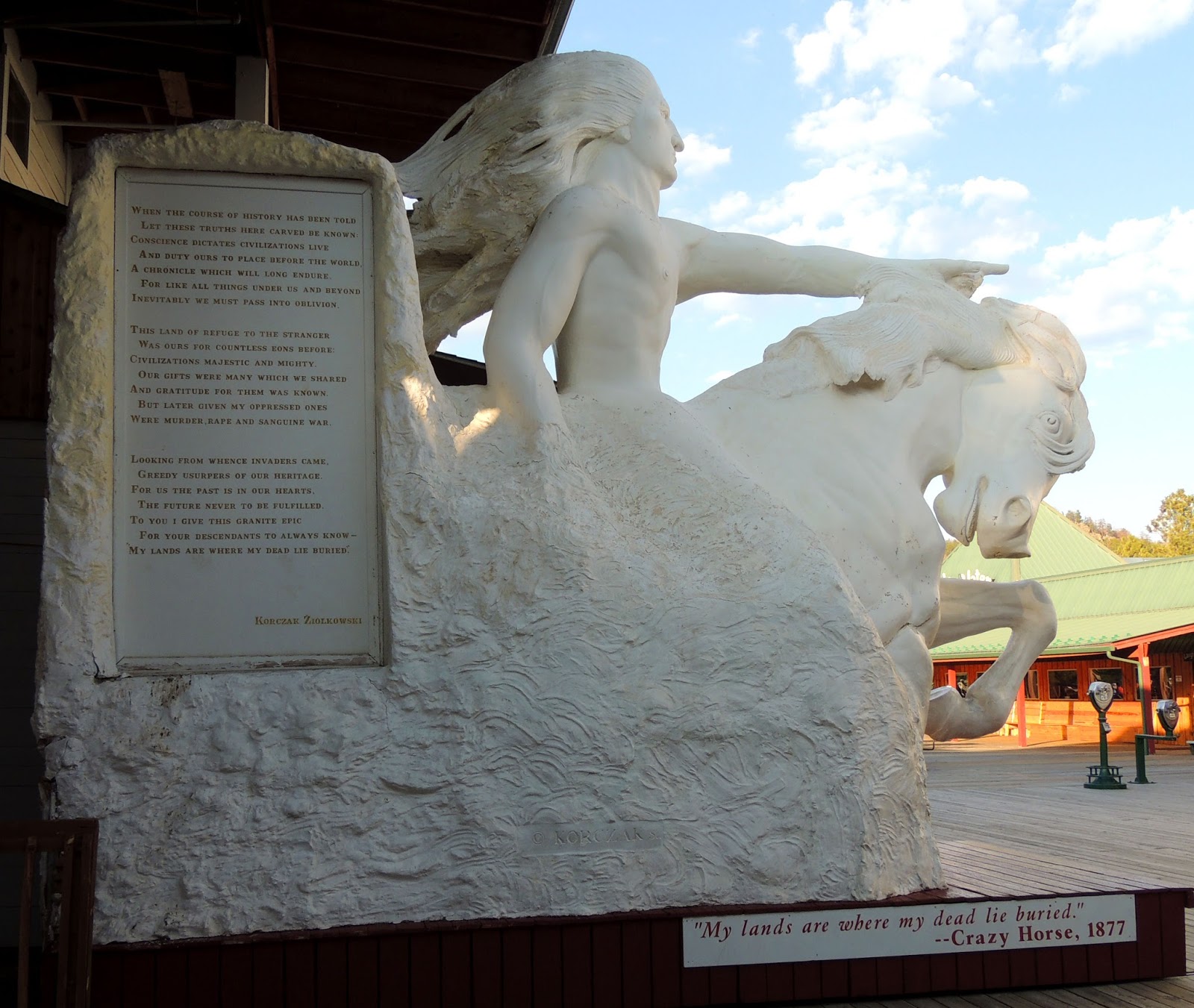 I hadn't been aware that the site, which receives zero Federal or State funding, and has actually refused such, has much greater ambitions than just the massive sculpture. They've begun work and have plans to continue development of a Medical School for Indians as well as an American Indian Museum. 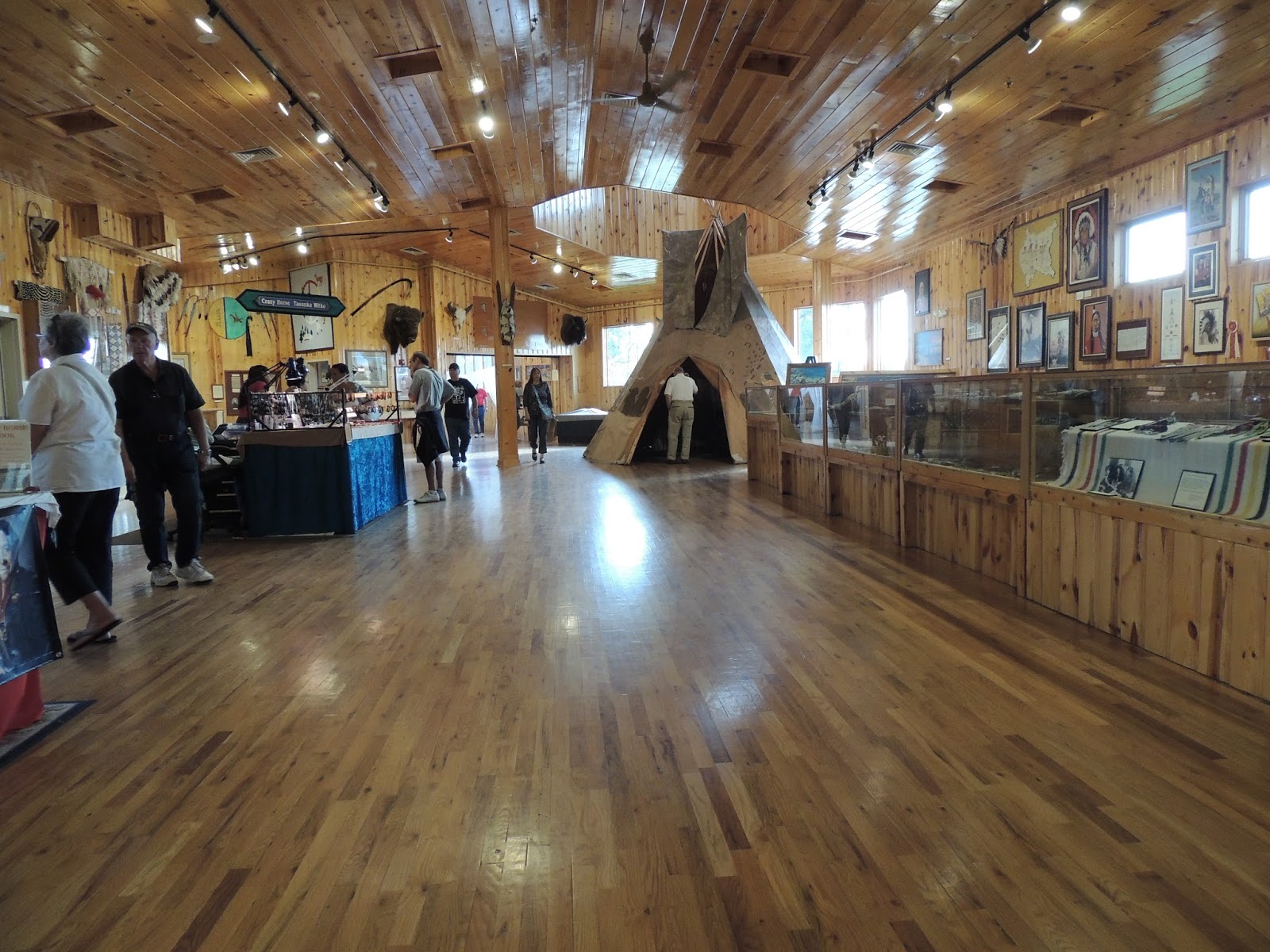 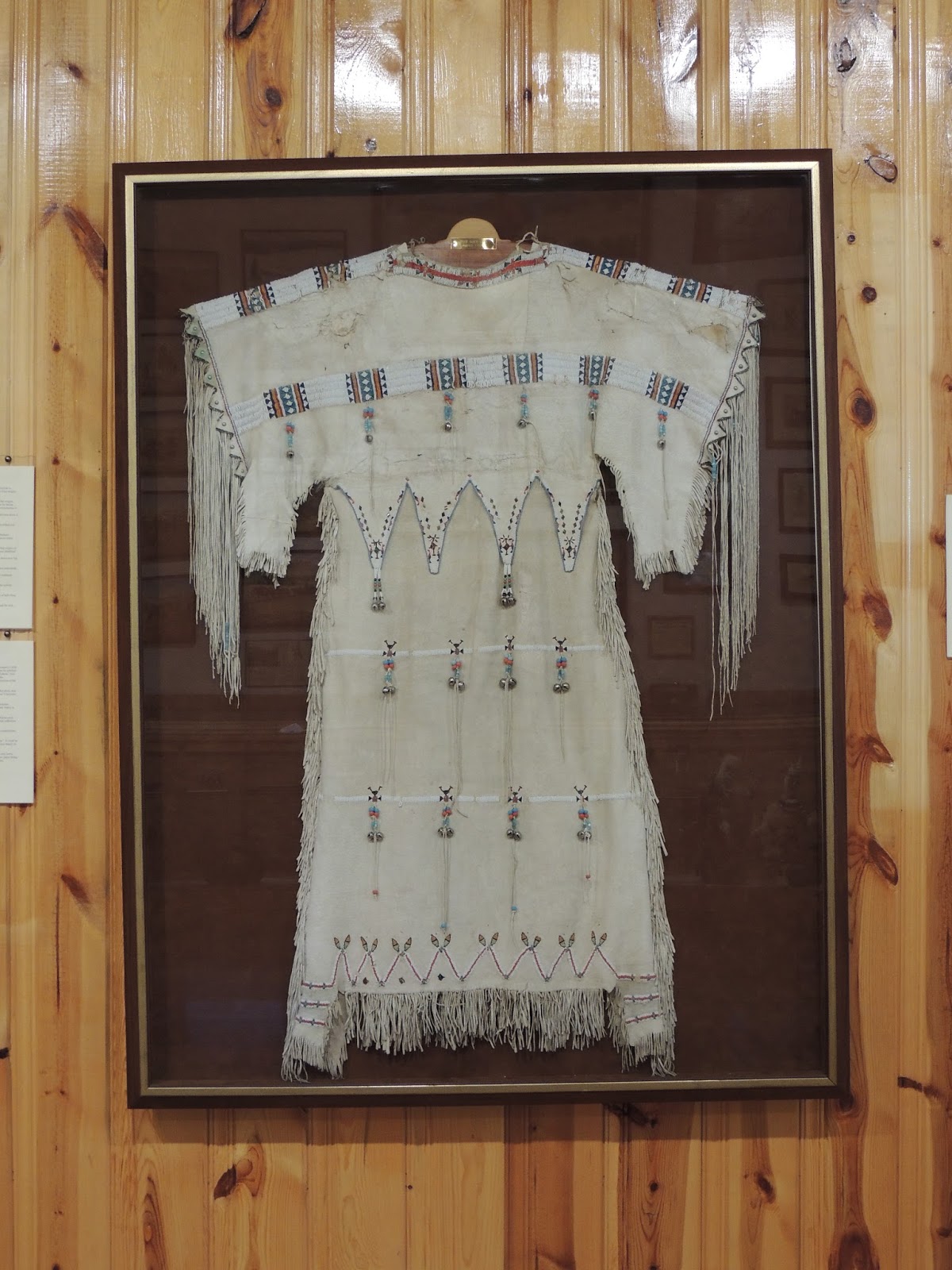 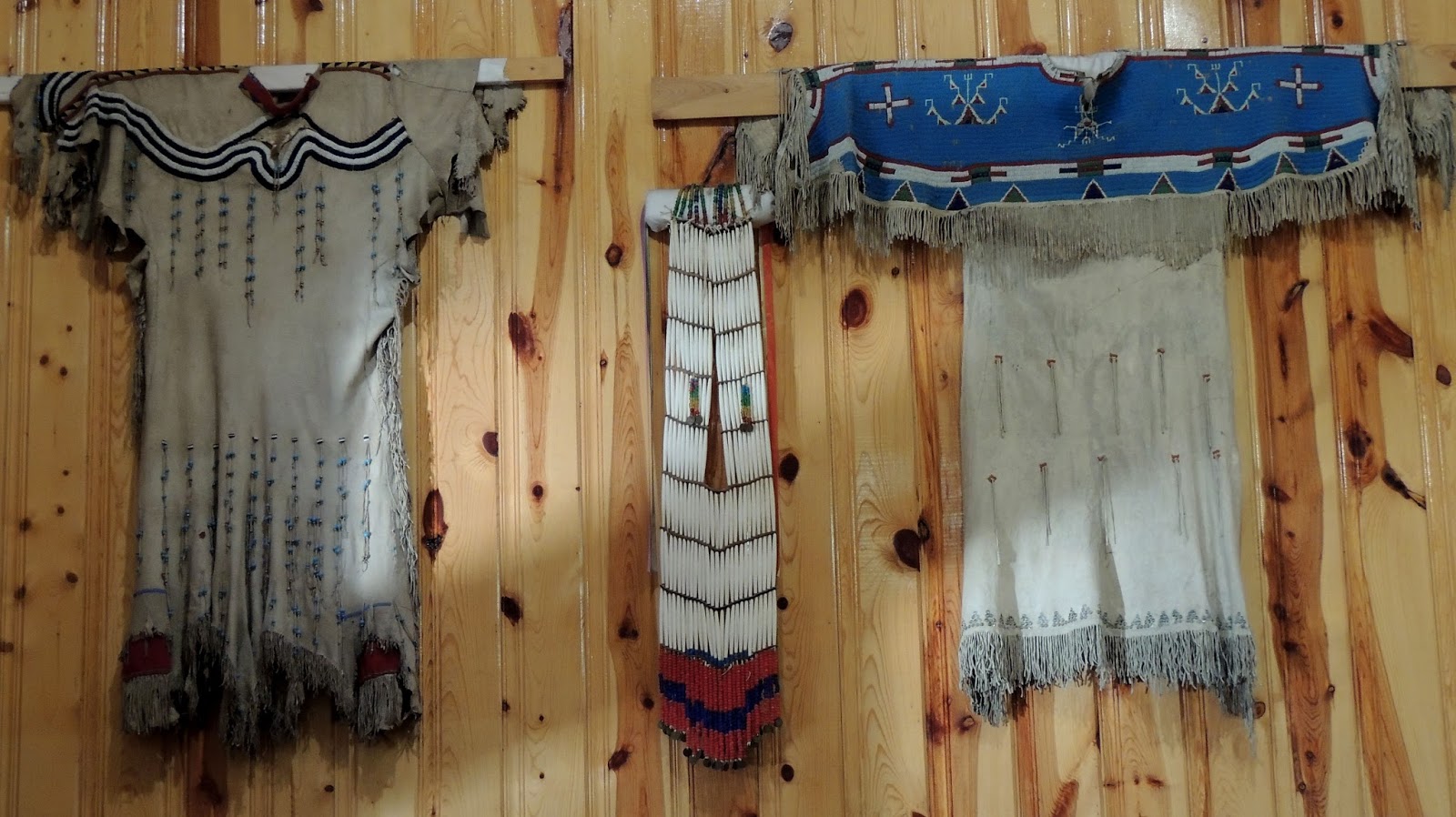 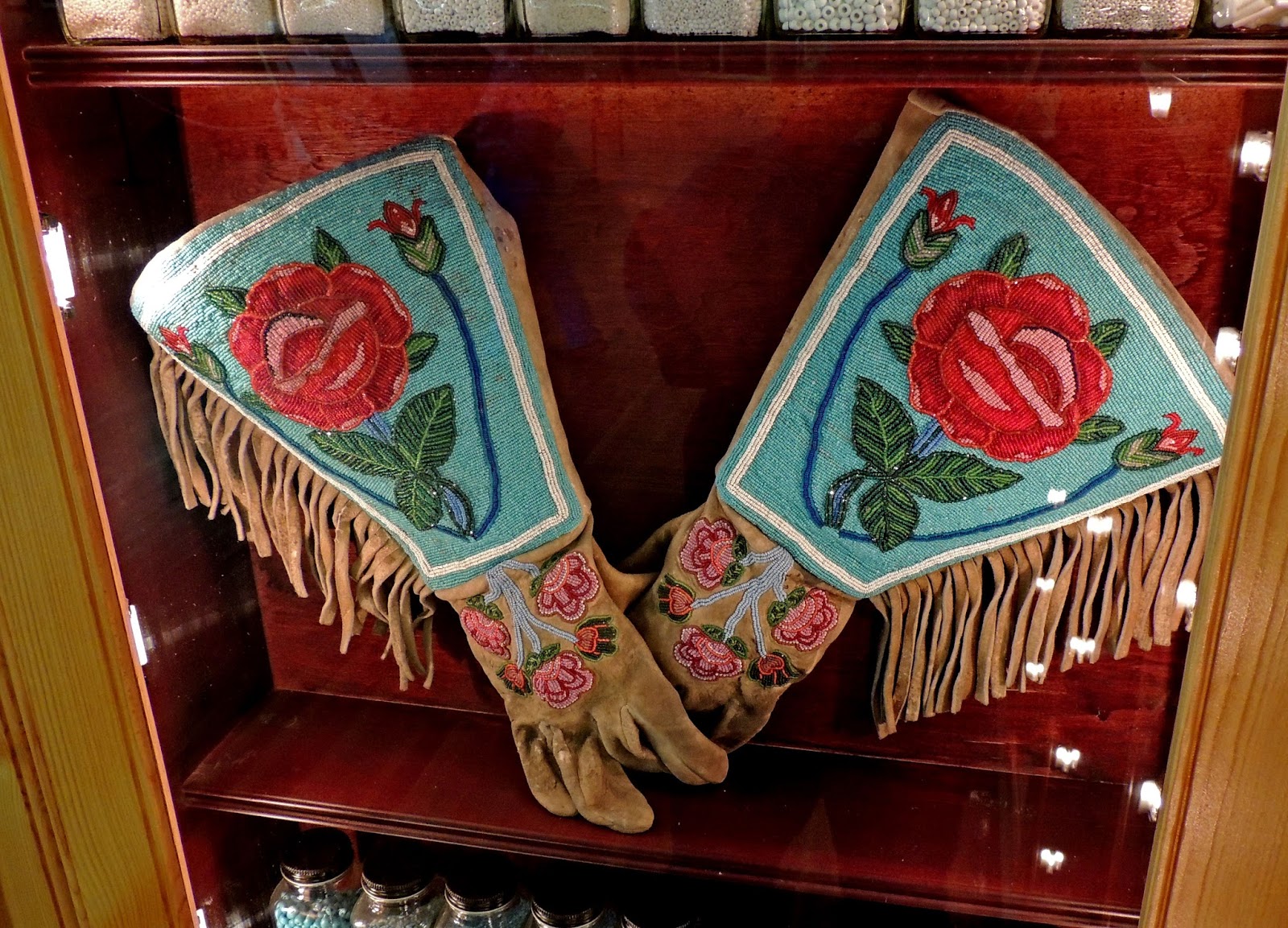 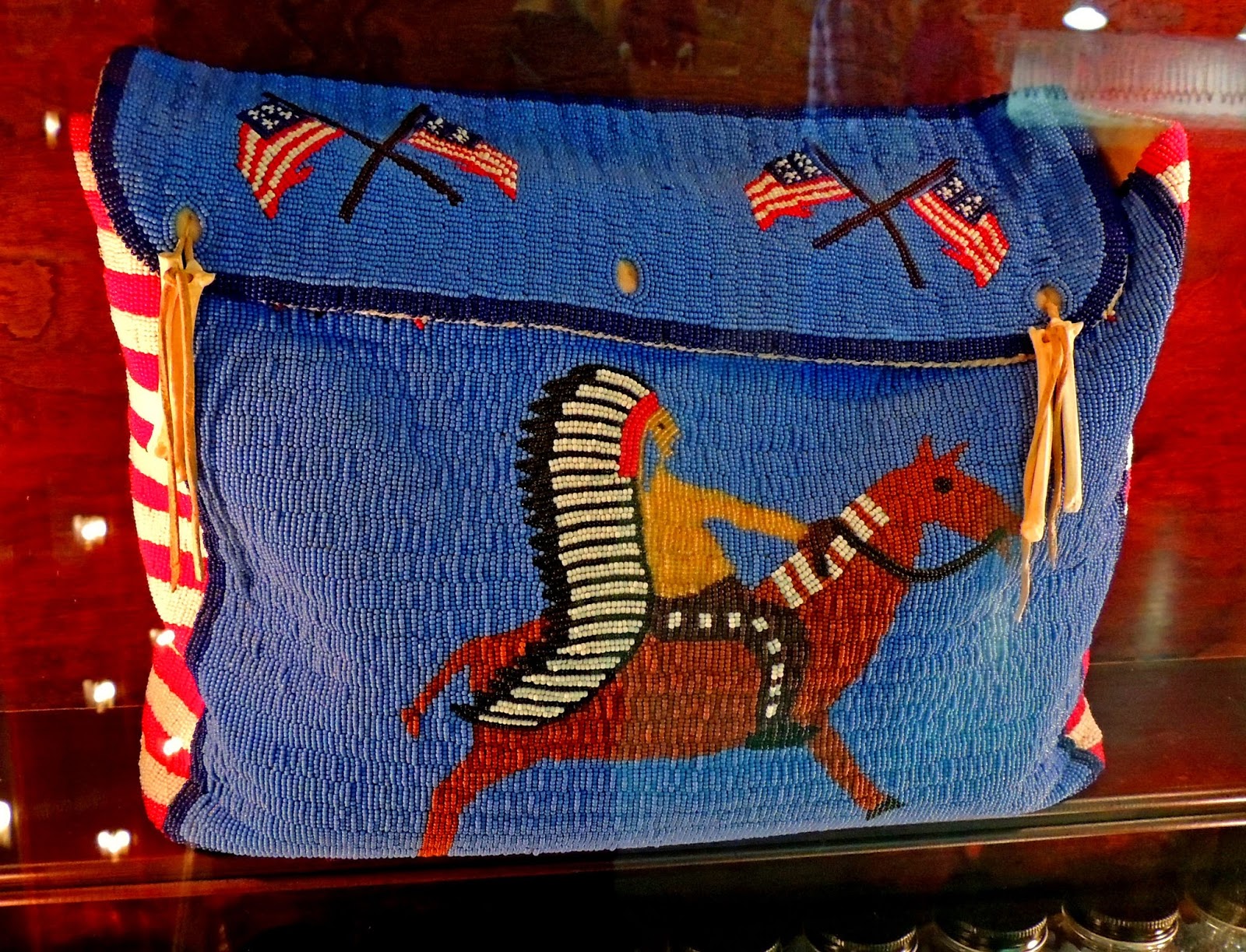 I'd have to say that between the two monuments... Personally... I think Crazy Horse is moving out ahead of Rushmore...

So... next morning we got up and made that run to Theodore Roosevelt National Park... but this post is already purty long... so I'll save that catchin' up for the next one.

But now I'm for bed shortly... have to do paperwork and other "employment" hassles in the morning.

I went to college with one of Korczak's daughters. She told me once that the council of Indian Tribes that commissioned the project did not want "government" money funding the project because that would give a government a way to take over the project or control the project and deviate from the original purpose of both a monument to the spirit of the Native American culture and the private college and med school.

Glad your travels are bumping along and you so made me homesick. I grew up in the Black Hills but it has changed a lot since I was there.

We didn't get a chance to see Crazy Horse when we stopped to see Mt Rushmore on our way to NC...I gotta say I entirely agree with Indian Tribes' reasoning on NOT taking Federal money to 'help' them. Love that they are also going to do a college and medical school as well.