Well... they call it the "Show Me" state right? ... as in; "Hello. Welcome to Missouri. Let us show you some genuine Missouri Pneumonia!"

The day before the last post I started in on a case of the flu that rapidly went south. I hoped to avoid the pneumonia of the last two cases of "Flu" I've acquired. FAIL. Turned my lungs into bubbling, gurgling cauldrons incubating some new version of choking cowboy respiratory goo.

Came close twice to getting my remains hauled to the ER... something about my lungs being so full of fluid I could hear the bubbling and foaming if I left my mouth open...

... and choking on the lung I was trying to hack up.

Buuuut I dodged all that... and now on day 15 with more than a week of damn near nothing but laying on the couch waiting for the impact of dirt being thrown in my face, I think  I'm coming to think I'll survive.

Much progress made in the last 36 hours. Got to feeling so chipper yesterday afternoon in fact I forced myself onto the truck seat to go stumble around the "Premier" Bass Pro in Springfield. Live or die I had to get the hell out of this trailer!!! 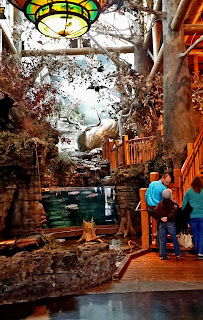 The place is huge. Thankfully late on an Easter Sunday traffic was light. That allowed me to waddle around slow as I pleased.

The first view inside the front door is like peering down through a thick forest into a sunlit opening in the woods... It has an amazing "calming" affect...pretty cool.

I did discover an attribute of being sick as a dog; When you're hacking up chunks of whatever is falling apart inside... people tend to give you a wide berth... keeps your stroll pretty peaceful... heh heh heh...

The whole store is like walking through a park or a forest where vendors have displays set up every little bit in more open meadows to sell stuff. Fish tanks and other "tanks" every little bit... running water... very nice. 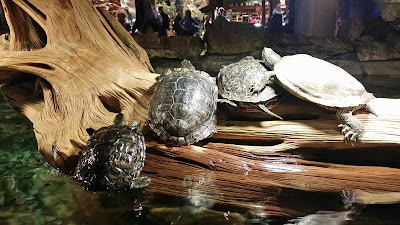 From Alligators to Turtles and great big fish... the natural displays made for a nice couple hours just strolling around from one leaning post to the next on a cold, rainy Sunday afternoon.

This morning, after the latest storm passed... a misty, grass frosted sunrise...

Some folks have been asking about Arlo... yeah, he's still with me... we are... ummmm... a test maybe. It turns out, as he's grown, Our personalities mesh poorly. That doesn't remove responsibility, so... unless and until somebody came stumbling along that fell in love with him and he with them... he can't be just "dumped" as an inconvenience. We'll just work it out.

The family runs a small herd of mixed cows. Either some longhorn or short horn thrown in there... They make for some nice sunset photos if you're in the right place at the right time...

... and able to prop the camera on something to steady it from the hacking going on ;) 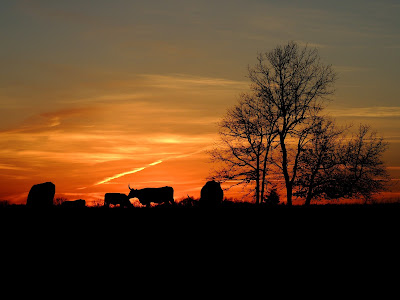 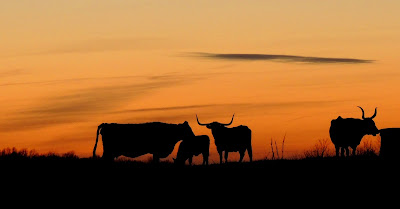 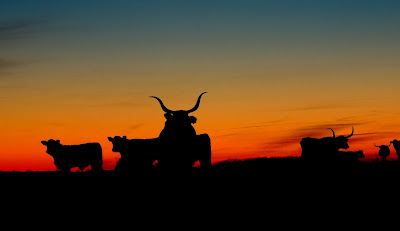 With my lungs beginning to function again in a tolerable fashion... I'm trying to tinker a little here an there with the tool case I'm working to shape up. It continues to come slowly. 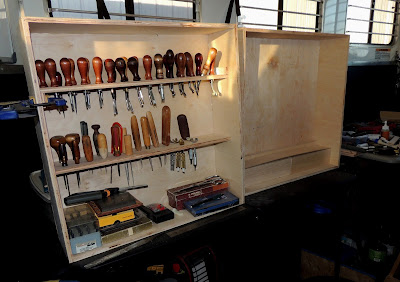 Hopefully I'll keep gaining back from this latest slapdown... so I can get back to building up that lame arm... and get on down the road to wherever and whatever it is I'm getting to. 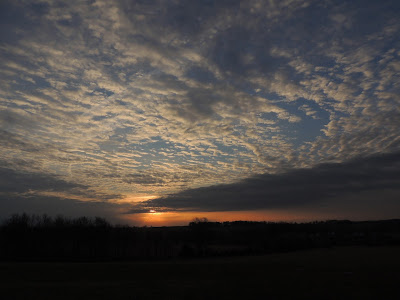 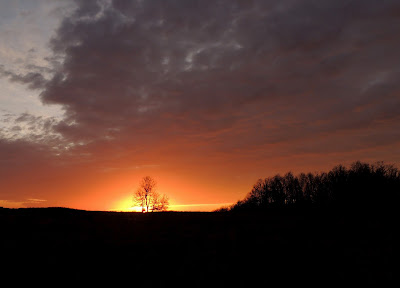 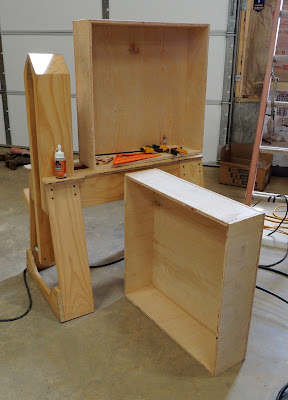 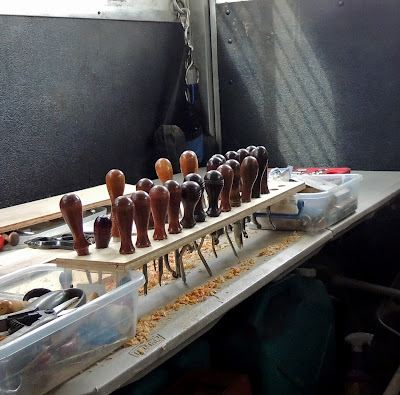