Moved camp to another of the "Old Haunts"... back to the Q... that'd be Quartzsite for newcomers.

This solo situation... meh... Old soldiers aren't the best company for themselves...

I'm parked just across from where I built my Freedom rock piling art a few years back... google earth still shows it to be there... if you hunt up and down the south side of Plomosa road... out at the fringe of the boondocking area... 'bout 1.8 miles in from highway 95... assuming you've nothing better to do with your time.

There's lots of folks around, though the place isn't crazy busy... not empty... but the "economy" is sure still draggin' on things I guess. Lots of room around. 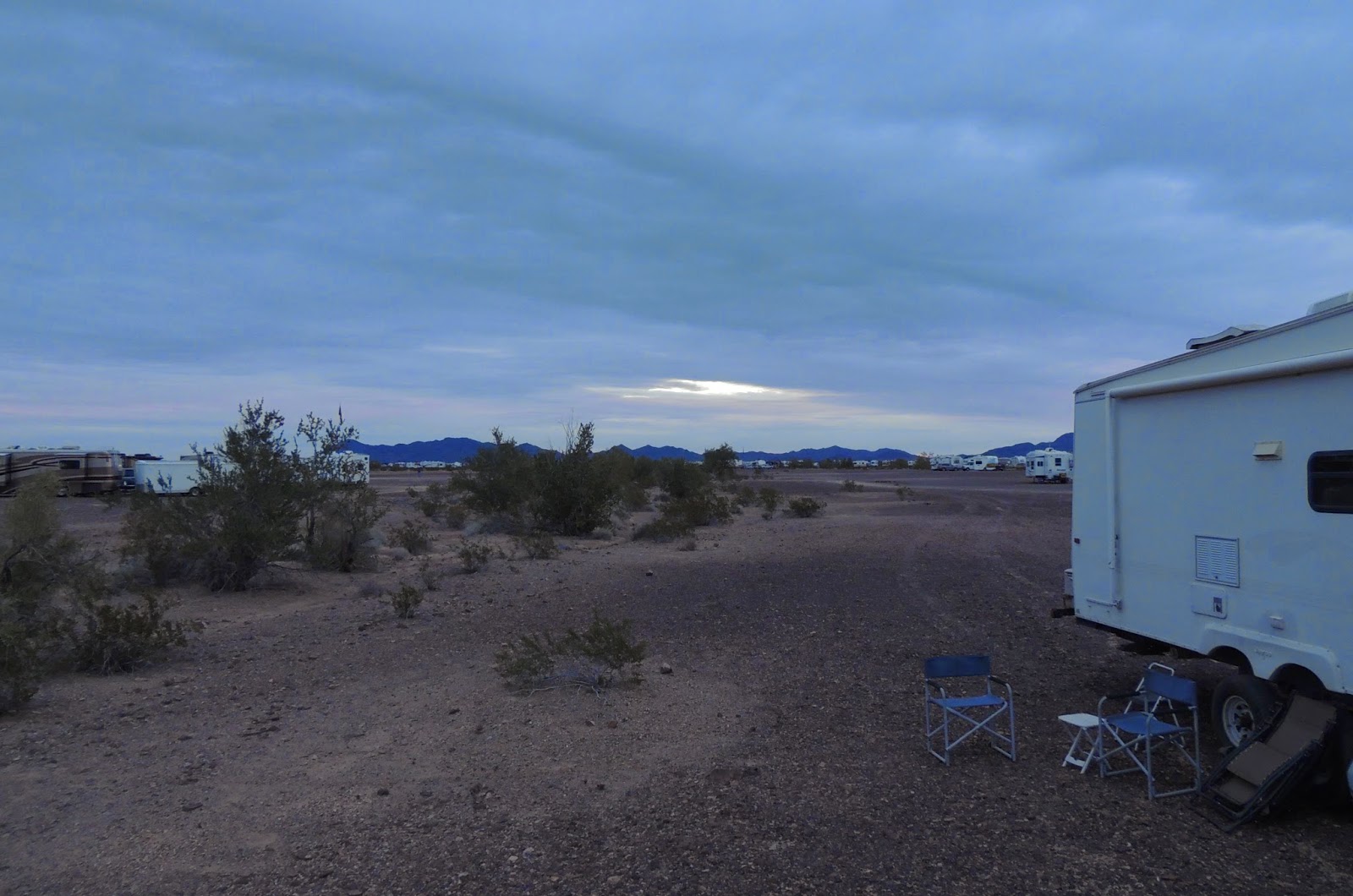 Which I don't totally understand. It's far cheaper to live "this" way than the alternative. You'd sort of expect more folks to be fallin' into this life or being pushed into it... rather than fewer.

I suppose, if you're still owning a sticks and bricks... and the dinero is such that you have to make a choice... one or the other... the rig gets parked since the costs of the real estate just continue on no matter. I've been there for sure. 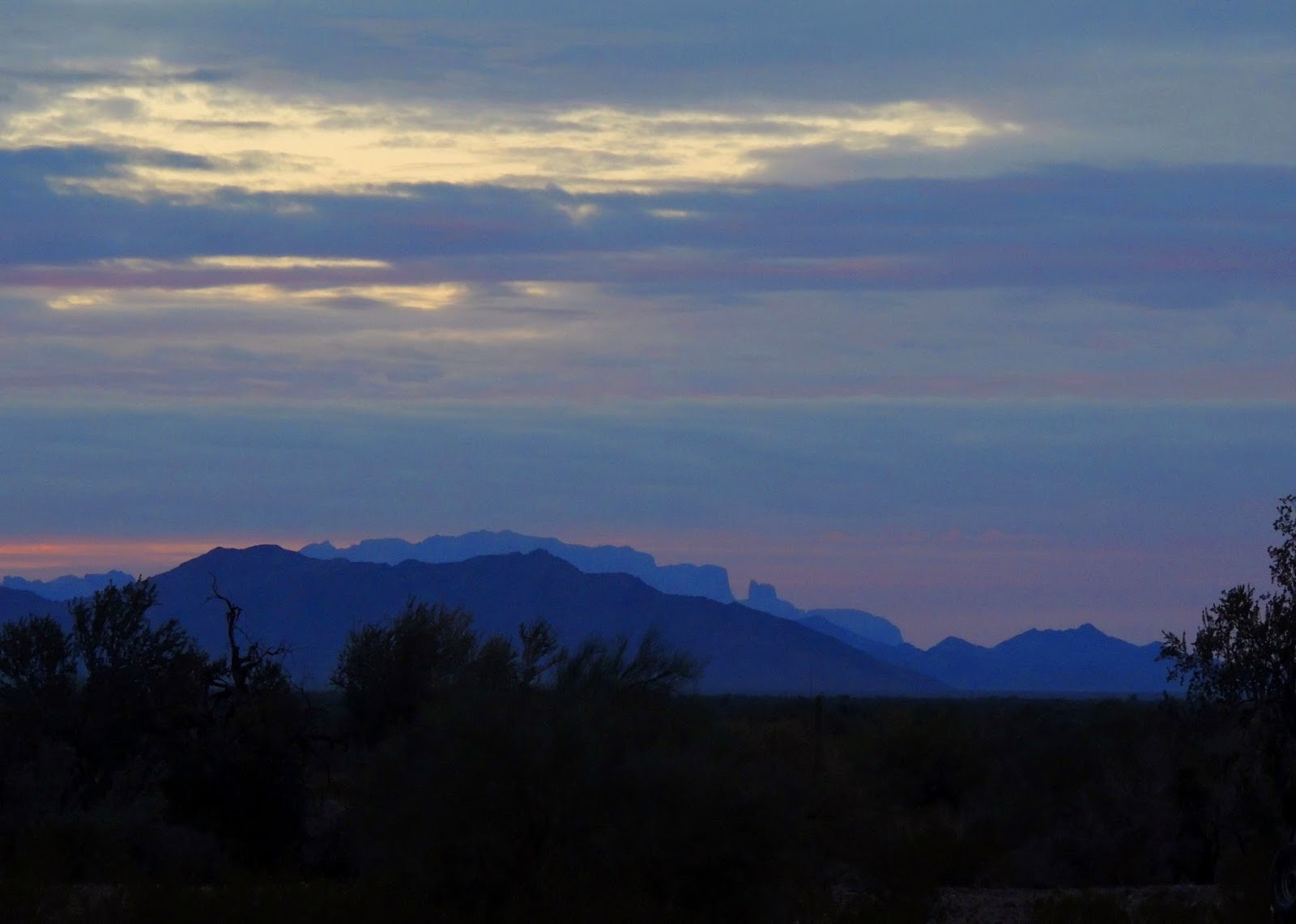 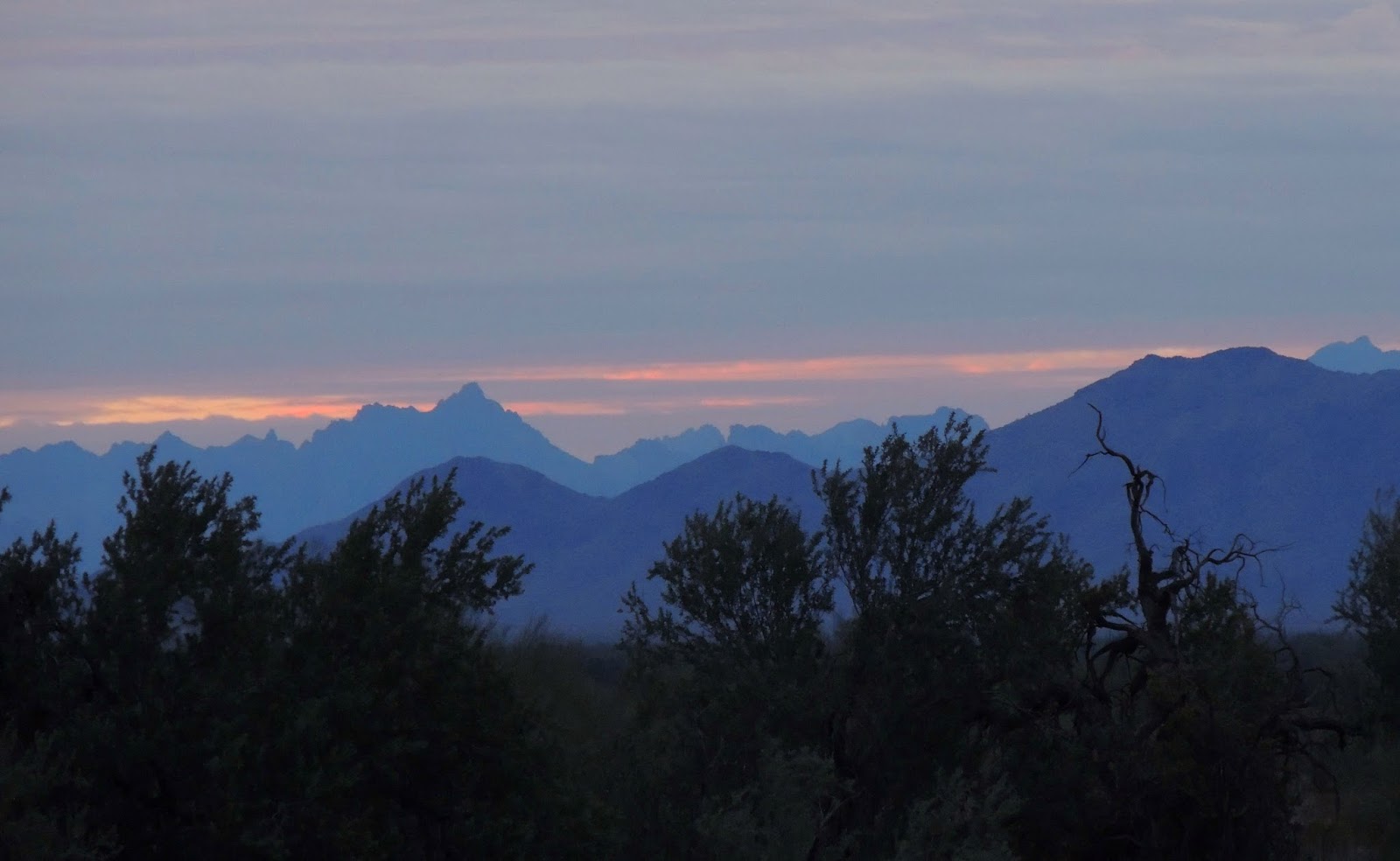 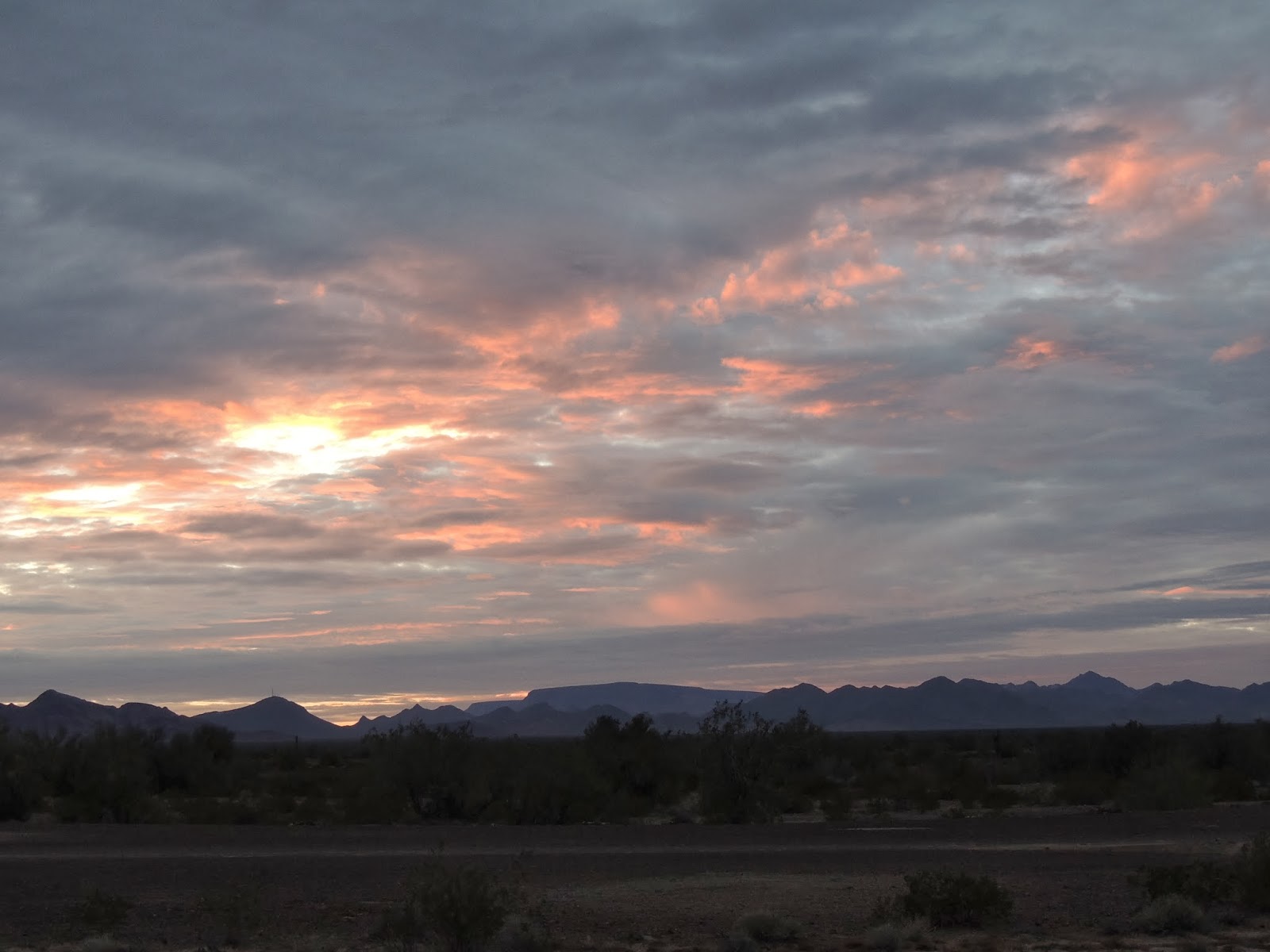 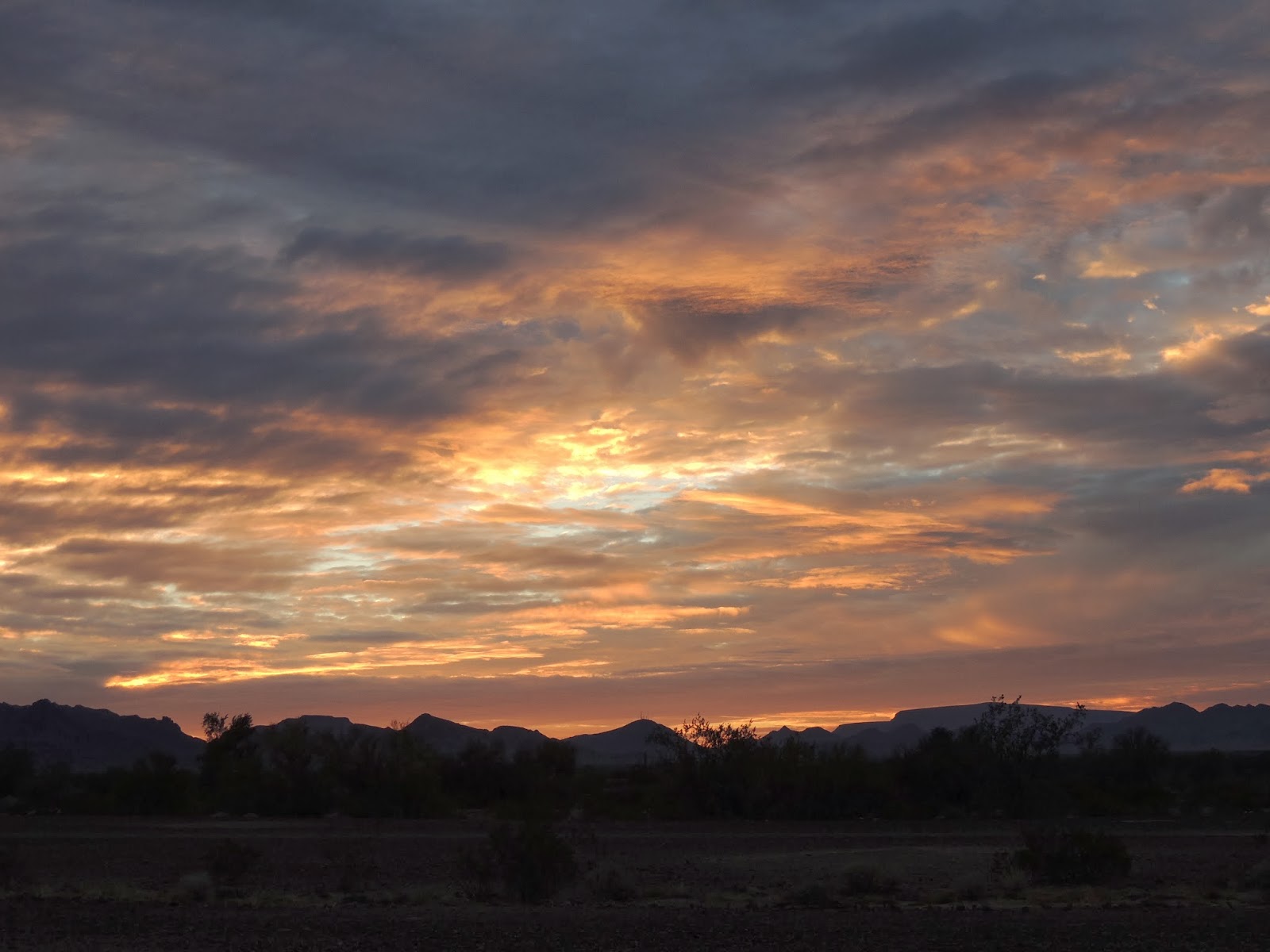 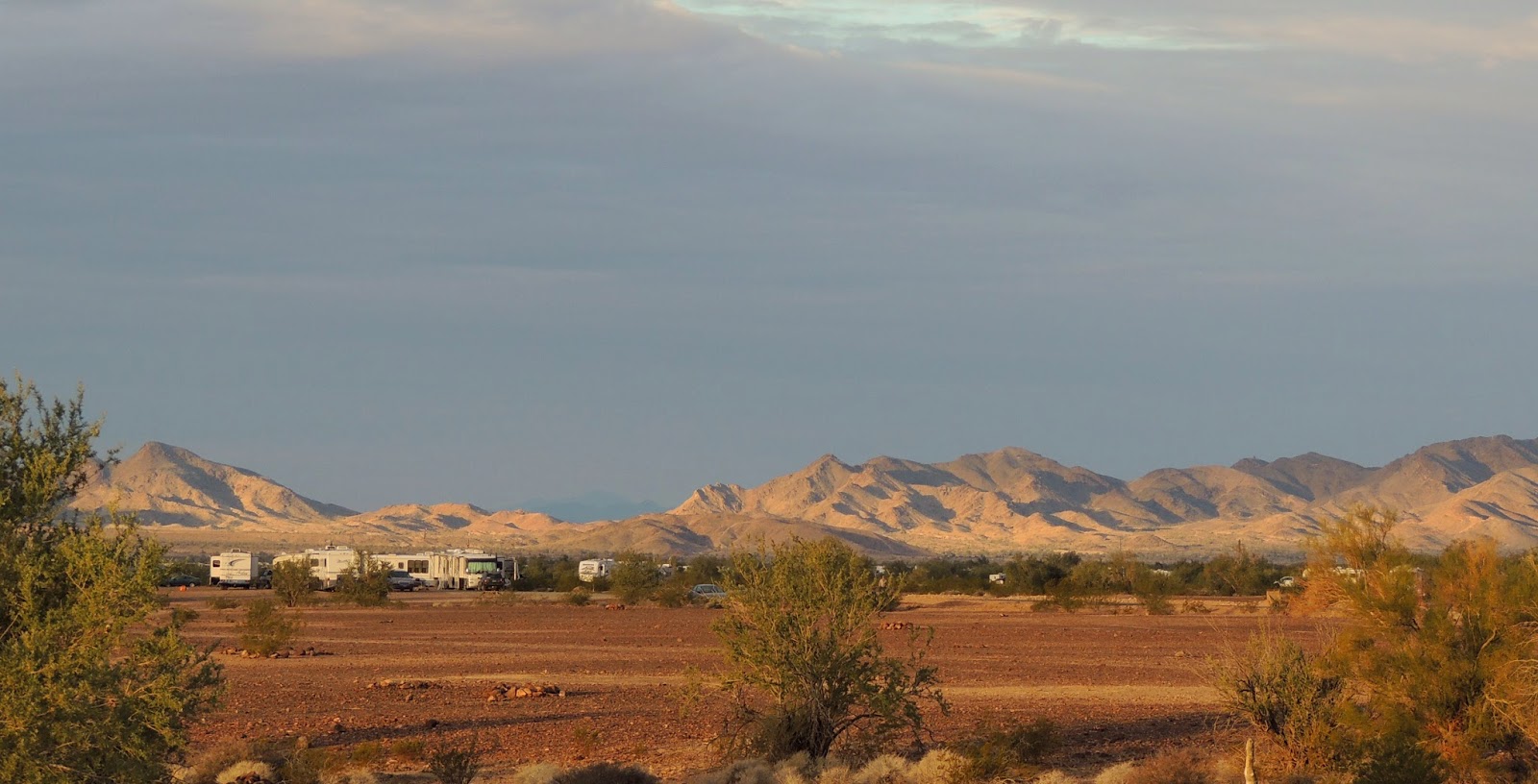 This being the last weekend of the "Big Tent" at the Quartzsite RV show... It'll be thinning out fast come Monday. I don't know if this is as much as it's been or if it already started slowin' up... but compared to past years... the numbers are sure off the "peak".

Today is slated to be supply run day... otherwise I'll be eating a two years old can of some sort of creme of something soup...

Another Day is Running Its Course
Brian
Posted by Brian at 9:06 AM