Pushing the Limits, Dodging Bulls, an Making Ends Meet as the Sun Sets...

Gonna have to move on along somewhere pretty soon... The "14 day stay" passed my time here... some time ago.

Some folks can sit in a spot without a care until the man moves 'em along. Truth be known, that ain't me. I don't like being in a place expecting to get hassled.... so though I stretch things a lot of the time, the longer I stretch it the more discomfortable I become.

I'd rather just pick up and get gone before I'm forced into having some sort of social intercourse with the kings men... where the hell is Robin Hood when you need him? 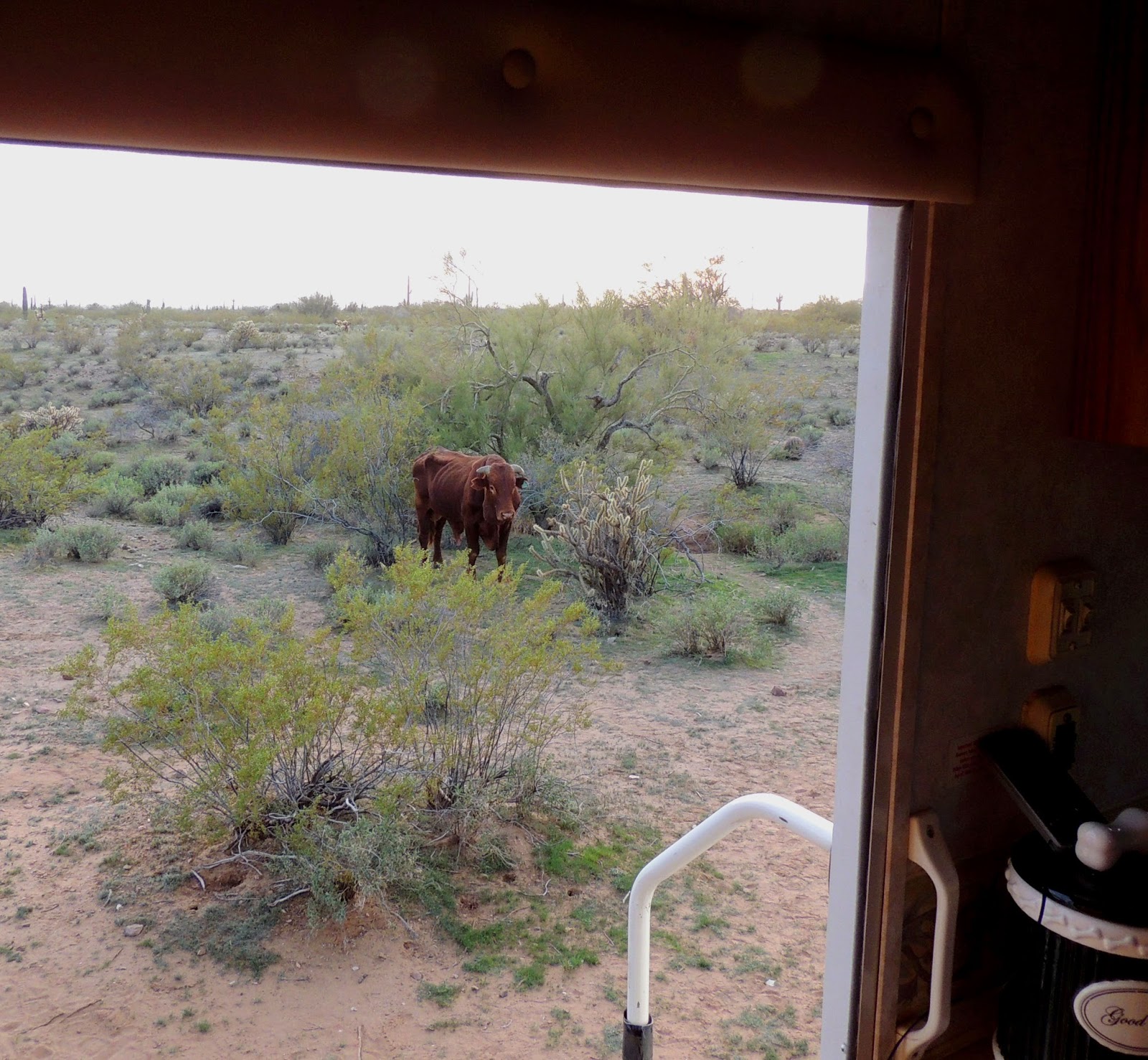 Had a neighbor drop by yesterday. He didn't seem too awful sociable either.

When I stepped out of the rig to say hello he stepped my way a lil' too quick and, well... he just didn't strike me, the way his head was flippin'... 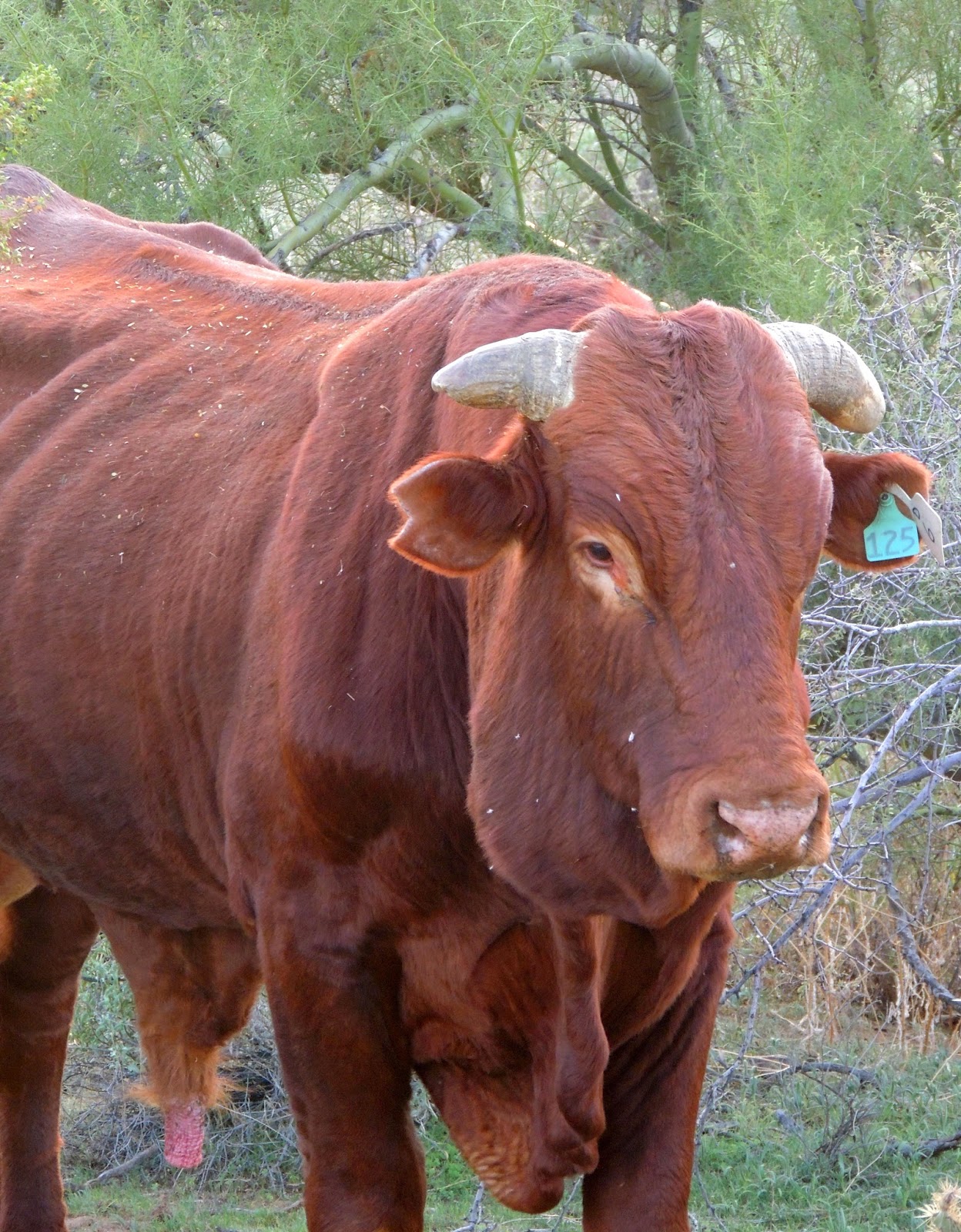 I'm hopin' that whoever is runnin' this ol' boy isn't plannin' on too many calves this next season. Not out of this guy anyway.

If google does its thing this month the way it's been doin' it for the past several months... I'm hopin' to be "Back in business" for a few days anyway, sometime tomorrow.

My story whittling work is coming along slowly... though I need it to be coming along like wildfire! :) I'm kinda banking on my effort being invested in my ebooks as being the way around the recent shortages... and the reliable way into the future.

Another of those times when the best way is to put your trust and reliance on yourself... and not the promises of others.

Google has become as unreliable as Microsoft. The days of small publishers producing a decent income by way of google advertising are pretty much gone. Too much work is required for a declining return.

Between google itself constantly shakin' things up so badly and creating a huge amount of work for its publishers who struggle to just keep up... and the heavy negative impact on advertising revenue that smartphones and tablets have had for the small publisher... Those glory days are slippin' away.

So... with google goin' the way of microsoft, with one blunder after another... and Smashwords and Amazon stepping up to offer me a better way... it'll be the electronic Story telling that will be the focus of my attentions for the foreseeable future.

If I can just STOP all that rattlin' and bangin' 'tween my ears that keeps distracting me from my story spinning labors!  ;)

Yup... it's time to move... the sunsets are starting to get too damn routine around here... and I need something fresh to photograph... 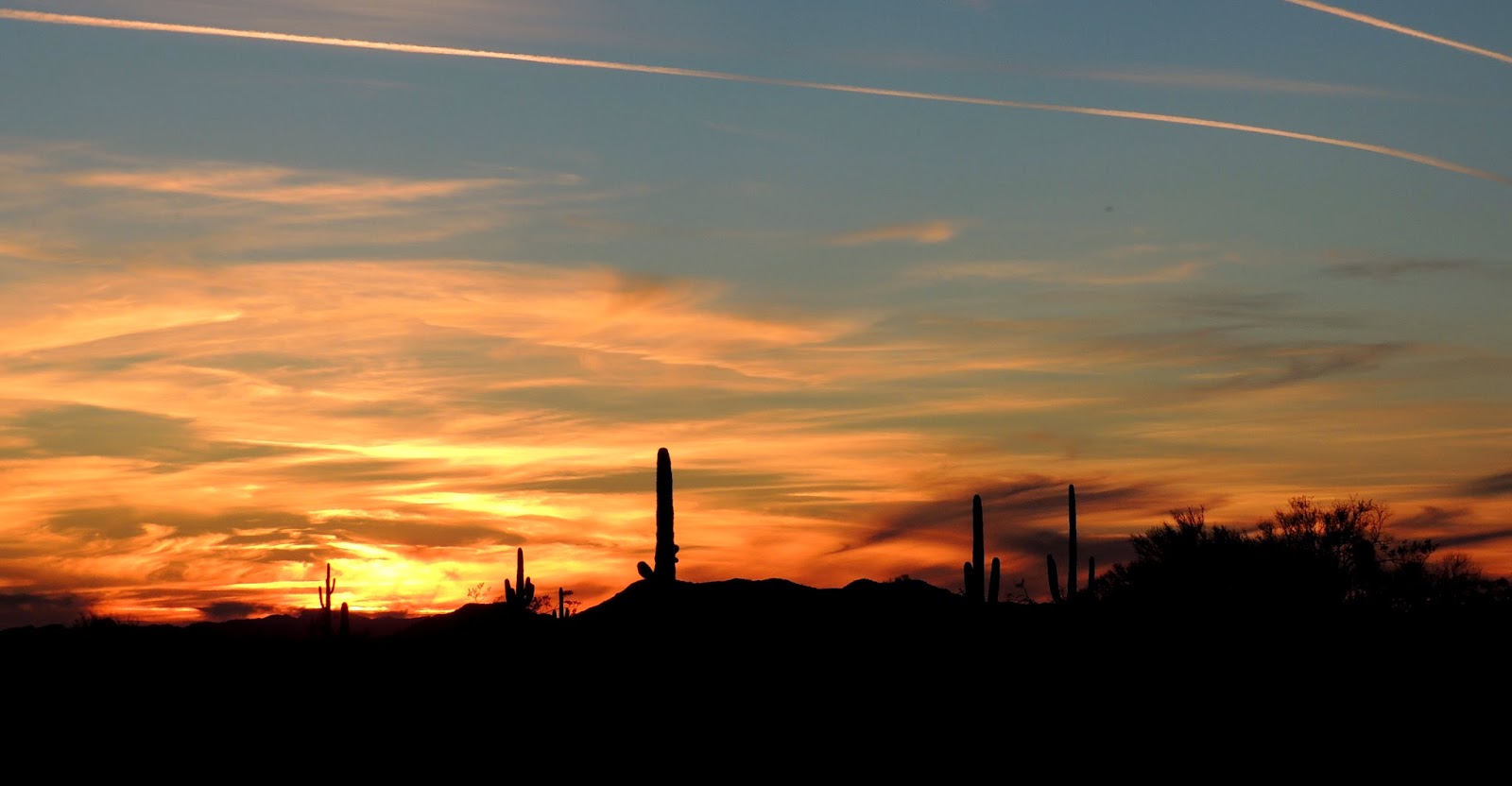 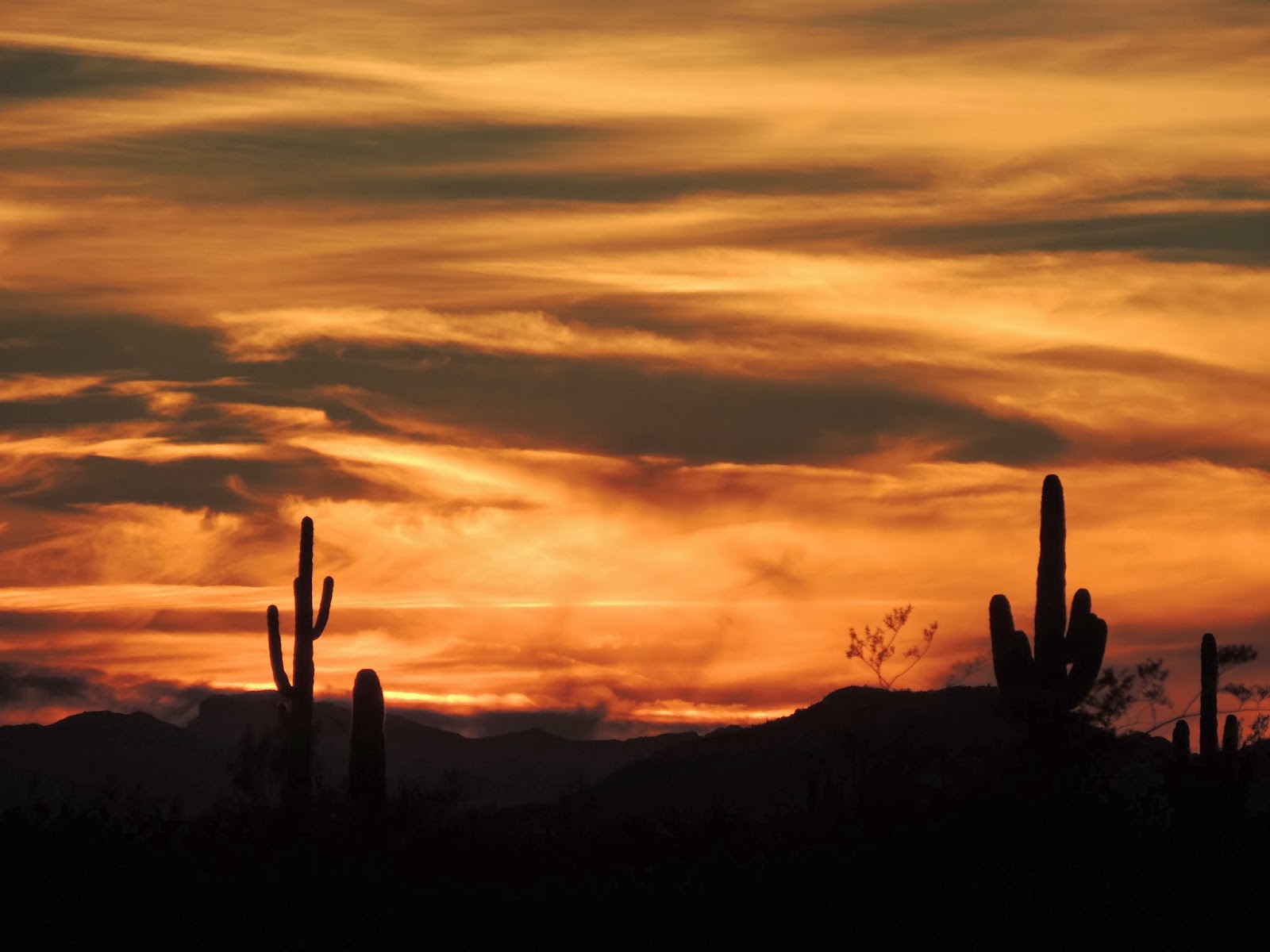 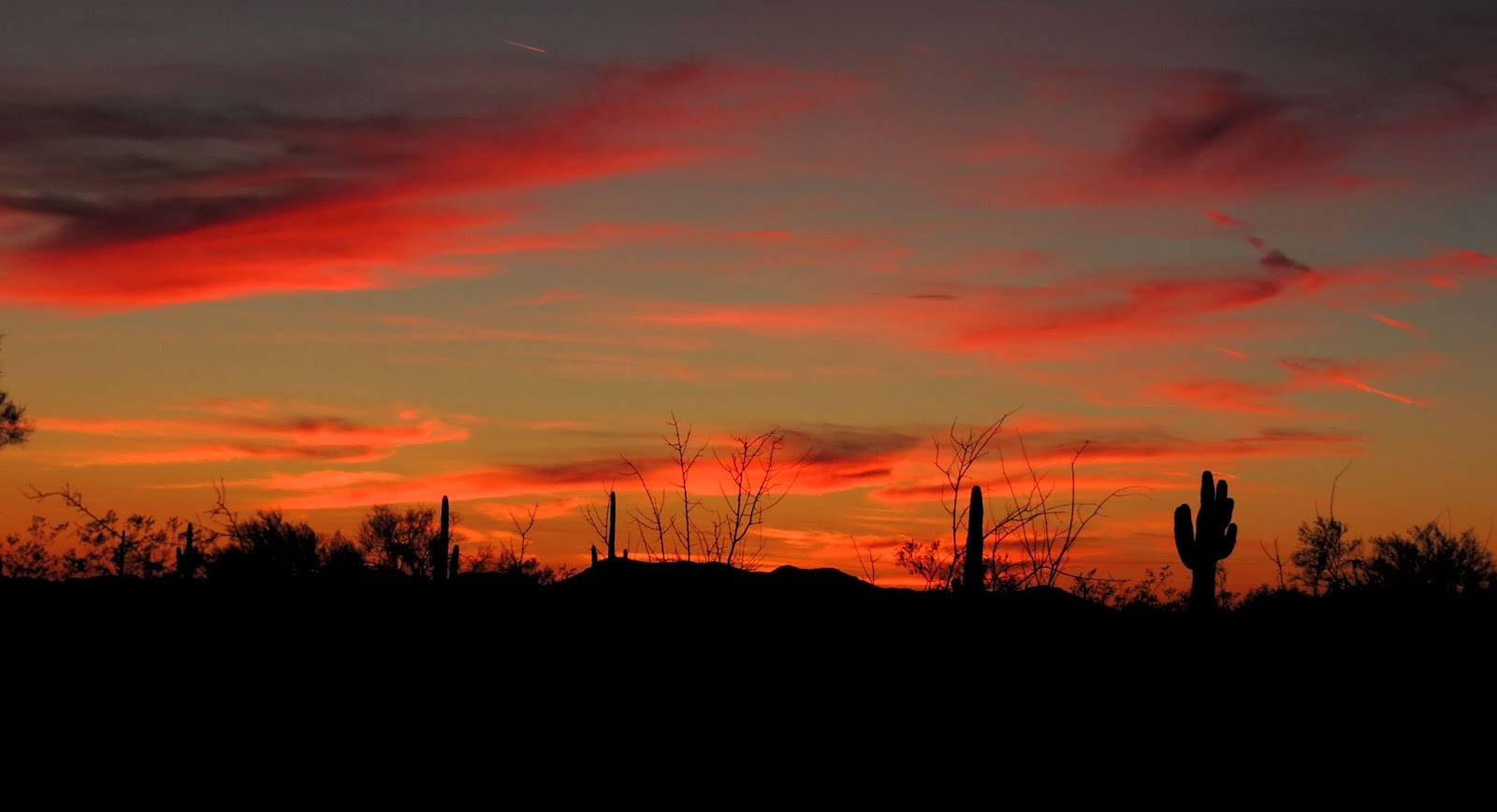 Not sure where I'm gonna move to. I'd been thinking of NOT going out to Bouse and that country... since I've gotta pick Heidi up at the Phx airport to transport to Tucson for the winter business trip at the gem and mineral show... for the store...

Continuing to Keep on Keepin' on
Brian
Posted by Brian at 12:35 PM

Been reading your blog pretty much from the beginning..

I have been self employed for about 30 year in total..

Only advice, after all of that is try and keep throwing stuff (or Sh*t) against the wall and see what sticks it only takes one or two..

I try stuff that folks tell me I am crazy to try ... But hey "why not" what is there to loose..

We do not get to live forever ..

Yourself is about all one can depend on these days. Keep at it, and expand what works. Take care.

Amazon ebooks have more market share, I believe, than all the other ebook distributors combined. I used them solely for my first novel and was amazed at how good my sales were over the course of a year. I was completely unknown as a fiction writer. The first months were meager sales but more each month. Then my niche markets seemed to discover my book and I had a handful of very, very good sales. I was in the top 100 of two categories for a few months. I tried Barnes & Noble but found it to be a bust. Went back to being exclusively Amazon so I could participate in the KDP (Kindle Direct Publishing) "Select" program where the author gets paid when Amazon Prime members "borrow" the book. I've taken way too long to publish my sequel due to a complete lifestyle change, but I will publish it within two weeks -- again using Amazon only. Well, that's my experience for what it is worth.

Just saw a typo in my earlier comment. It should be "I had a handful of very, very good sales MONTHS." LOL