Down in the Great Dunes National Park Visitor center they've got this lil' "wind box" ... that demonstrates how the wind, comin' from different directions, moves the sand around to build the dunes...

Well, yesterday afternoon, Momma Nature picked up her skirts and either started dancin' a giggling jig or kickin' up a tantrum... 'cause one way or t'other, things started movin' around here! We hadn't any more need for that demonstration Wind Box for sure and for certain. 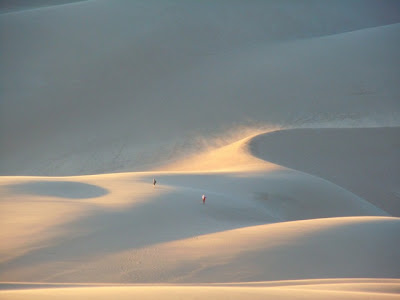 First thing in the morning... Ok ... second thing in the morning, we took a short stroll up the west face of the mountains that stop the Dunes on the East. Only walked maybe 2 miles or a touch better... and I'd have to say, long term?... I much prefer that Pinion Pine and Cottonwood country to those Dunes! :o) 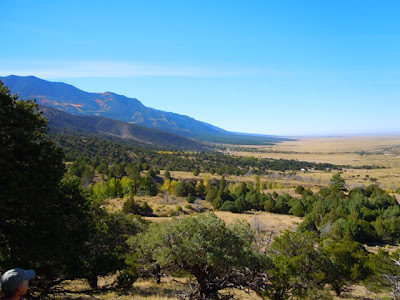 It's awful nice walking 'cross the face of those hills, and tucking down into a notch that runs back up toward the peaks... finding lil' oasis in that dry land... 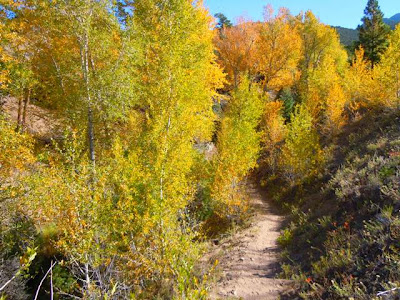 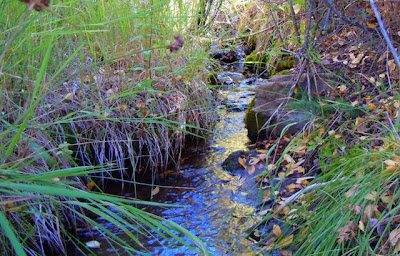 We're gonna pull out later this morning... moving farther south and west... not very far... no reason, other than to scratch that gypsy itch a mite. There's beautiful country pretty much anywhere a fella wants to stop... If he just opens his eyes and looks at it.

Some folks look at this land and see only desolation... I look at it and see FREEEEEDOOOOM! HooYa!

A few more Views of The Great Dunes National Park 'fore I go... 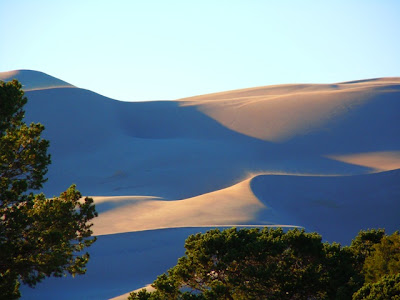 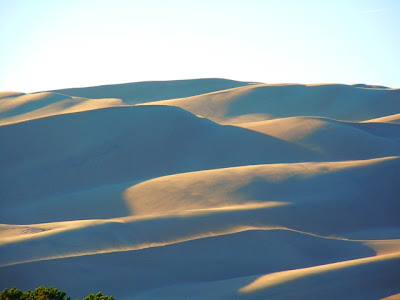 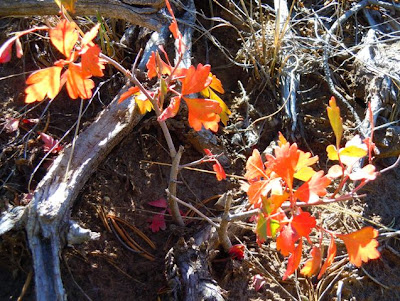 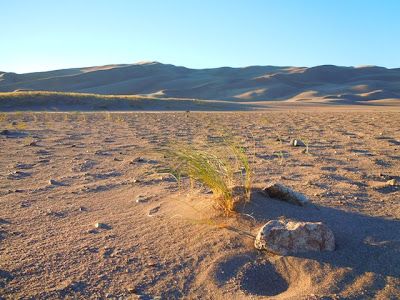 ... and last... a couple of upcoming Giants in the RV Boondocking world :o) 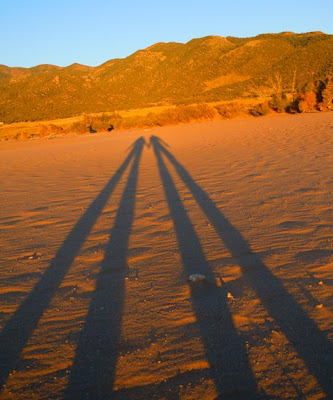 Now... since they done it in public... I'd like to say a big "Many Thanks" to Rex and Lloyd...In Public, for the comments they've made in reviewing my recently published "A Matter of Honor" novel... Wow! They left me blushing! Thank You Guys!

Writing is the most personal thing I've ever done... putting it out there in front of folks is the scariest thing I've done... So, to have people Like what you do... is pretty much the most Awesome feeling I can think of a fella havin'... well... almost :o)

Return to the Home  page of goin' RV Boondocking  or, Visit my "Ribbon of Highway"  Blog on the Lil' sister to this site, Motorcycle Touring on Freedom Road
Posted by Brian at 8:38 AM

Brian, Glad yall finally got on the road. Just finished reading your book and it was great. You really have something going there and I hope it will pay off big time for you. Tried to find your email address but could not find it.

Pete... send a message via the contact page on the Nav Bar... that sends me an email... when I reply to your message/your email you get my email.

I don't publish it "in the open" or I get buried under spam! :o)

Hi again Brian,
Just realized (it is late at night/morning here) the name of your blog "goin RV Boondocking" and you seemed so surprised that the Federal lands were closed ???
Maybe you have been too long off the road? Just kidding. Couldn't help it!!
We're in our 70's and will be leaving MI for FL soon. We will boondock several nights as we are not in any rush. We have stayed out of RV parks for 5 nights and still take our showers etc. We don't need to "save money" but with so many rv parks with too small lots, we prefer the open space of a Wal*Mart or wherever.
Enjoy! Love your blog. ernie