It's an out of the box world. You can plan and wish... and it works out how it works out.

Like last winter... Heidi has decided to stay close to the store in Fort Collins and continue working it to a better condition... and me... being me... just can't tolerate a Colorado winter... so I rolled south day before yesterday, bound for my Arizona.

Had to make a stop in Denver at a suspension shop to get the springs replaced on the front axle of the rig... one had fatigued and bent a couple inches. I almost only replaced the one spring...then looking at the opposite end, and seeing the "camel hump" it was developing, thought it might be more sensible to do both... next morning I continued the migration south along I-25...

But... anybody who's read here for long knows that interstates don't tickle my whistle any...

So, on a spur of the moment sort of thing I dropped off the interstate at Walsenburg and cut southwest. I dropped anchor for the night just across the border a bit and just west of a place called Tres Piedras, New Mexico.

Just a wide spot along the road, maybe four cars passed in the early evening... and then it was as silent as any spot down on the desert... and a spot where the Verizon guy asking "can you hear me now?" ... gets no answer. 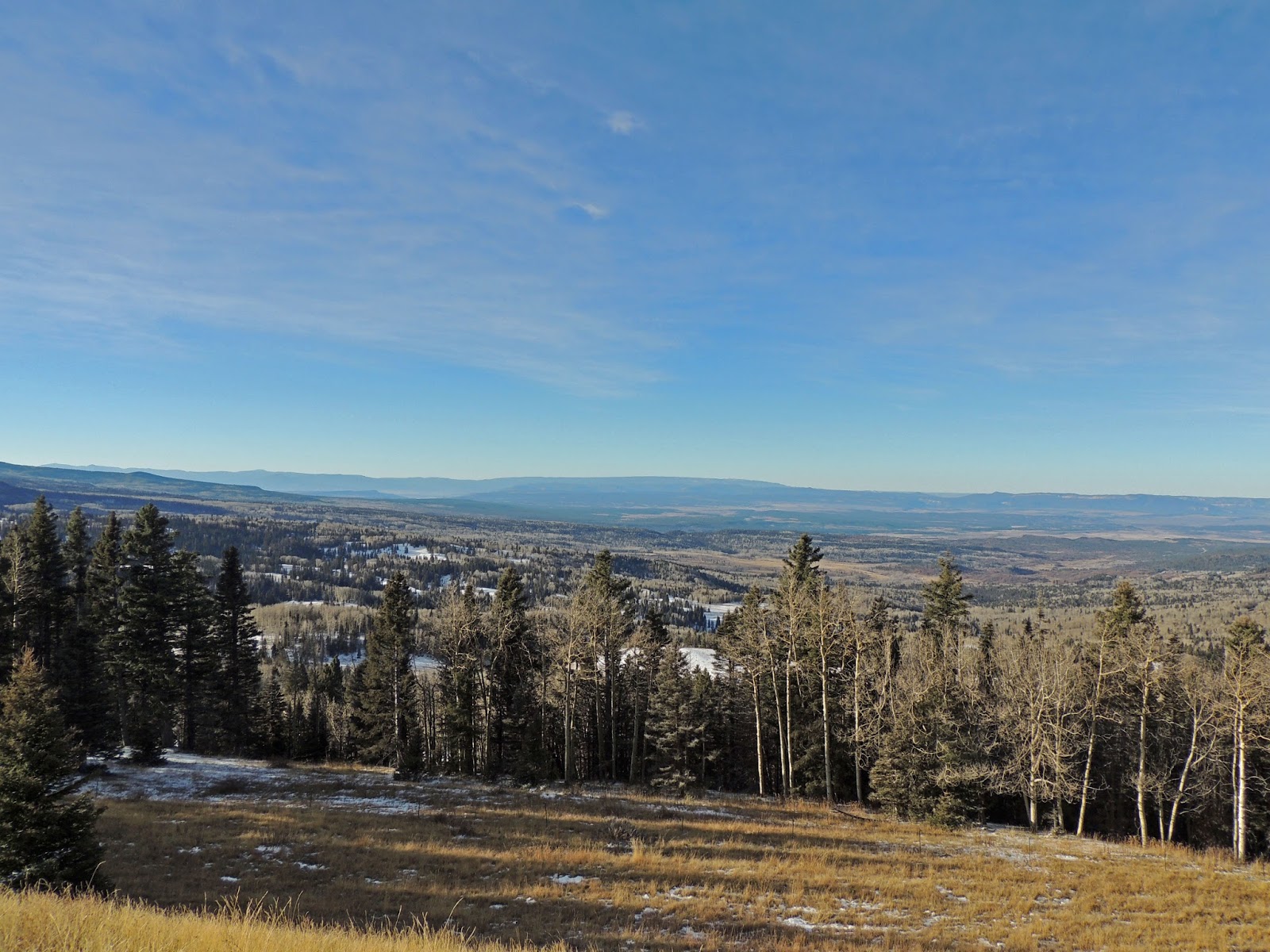 New Mexico is a lot like Arizona. Most eastern folks think it to be desert and rocks... but a goodly chunk of that northern part... and parts of the south and west are some honest to god beautiful mountain country.

I believe I admire it, along with Arizona, some degree more than the good parts of Colorado.

It's the kind of country that a man lost in the wrong damned century and culture... can breathe in.

Just now I'm boondocked in the Oak Brush just a mite east of Mancos. Another spur of the moment lead me to drop here rather than continue on down to the desert. It's still fairly warm there and can tolerate my absence for a bit more.

In the mean time I've gone back to work on the next book which remains unfinished in my laptop. This'll be a good place to brush up for a few days and get deeply back into that project. The quiet in this brush and the long view out the window should provide the necessary inspiration.

Might could be I'll take a turn through Mesa Verde for the same purpose... get the confusion of soh-sigh-uh-tee knocked off my boots and some creative juices flowing... and maybe so, recorded on the page.

Plan is, just lay up here, immersed in that work and that book... and then move on when the voices start urging.

Sure sounds like a good plan. I can't agree more about New Mexico, some really great places there. Interesting a similar comment was made on another blog I follow recently, It (NM) may be in the process of being discovered!
Good luck with the writing.

Just west of Tres Piedras, on the road that goes over the hump to Tierra Amarilla, there used to be a little ranchette on the north side of the road. Just a collection sheds and brokedown vehicles, far as you can see from the road. I never looked closer, 'cause the proprietor has gone and hung a straw man over his gate by the neck, with a sign pinned to his chest that says: "We do things the old-fashioned way!"

This is one of those rare cases where a straw man argument is pretty darn convincing, at least to me. Wonder if he's still hanging there, twisting in the wind? I used to get a kick out of him, driving by.