The day after the big tent shut off they started flowin' from here to wherever there is. I'd guess right in the part I can see 'round my lil' spot... half maybe 3/4 have hitched, honked and pulled out.

I could hear more already rollin' this morning before the sun ever got out of bed...

Gonna be less distraction and people watchin' 'round here for sure the next couple days. Maybe I'll get that rewrite done! ;)

Yeah... I kinda goofed. In maybe ten chapters (way behind where I planned to be...but then... that's almost the routine around me ain't it?) and I realized that what I was doin' was just bone headed.

Workin' on the third installment of the Jeb Taylor series. The first two were written mostly from a first person perspective. So... bein' the bright fella I am... I started writing this book in third person.

Long about maybe a 1/3 of the way through the tale I come to realize... making a change like that after folks got used to a certain "way" in the first two books is like a guy ordering rare prime rib and you serve him up a leather tough and crusty burnt greasy burger. He's likely to have a bit of a difficulty with you!

So... went on back to the beginning and turned it 'round and put it right.

I believe it was a right choice 'cause a couple other things have come along while I'm doing that rewrite. Things that I'd missed first time through. Between them all, the fixin' of 'em has that story joggin' down the right trail now.

Now it's time to put the spurs to this thing and ride it!

Thought maybe a soft Arizona sunset, courtesy of Quartzsite, might warm up a few of you that are sufferin' through another bout of Al's global warming... 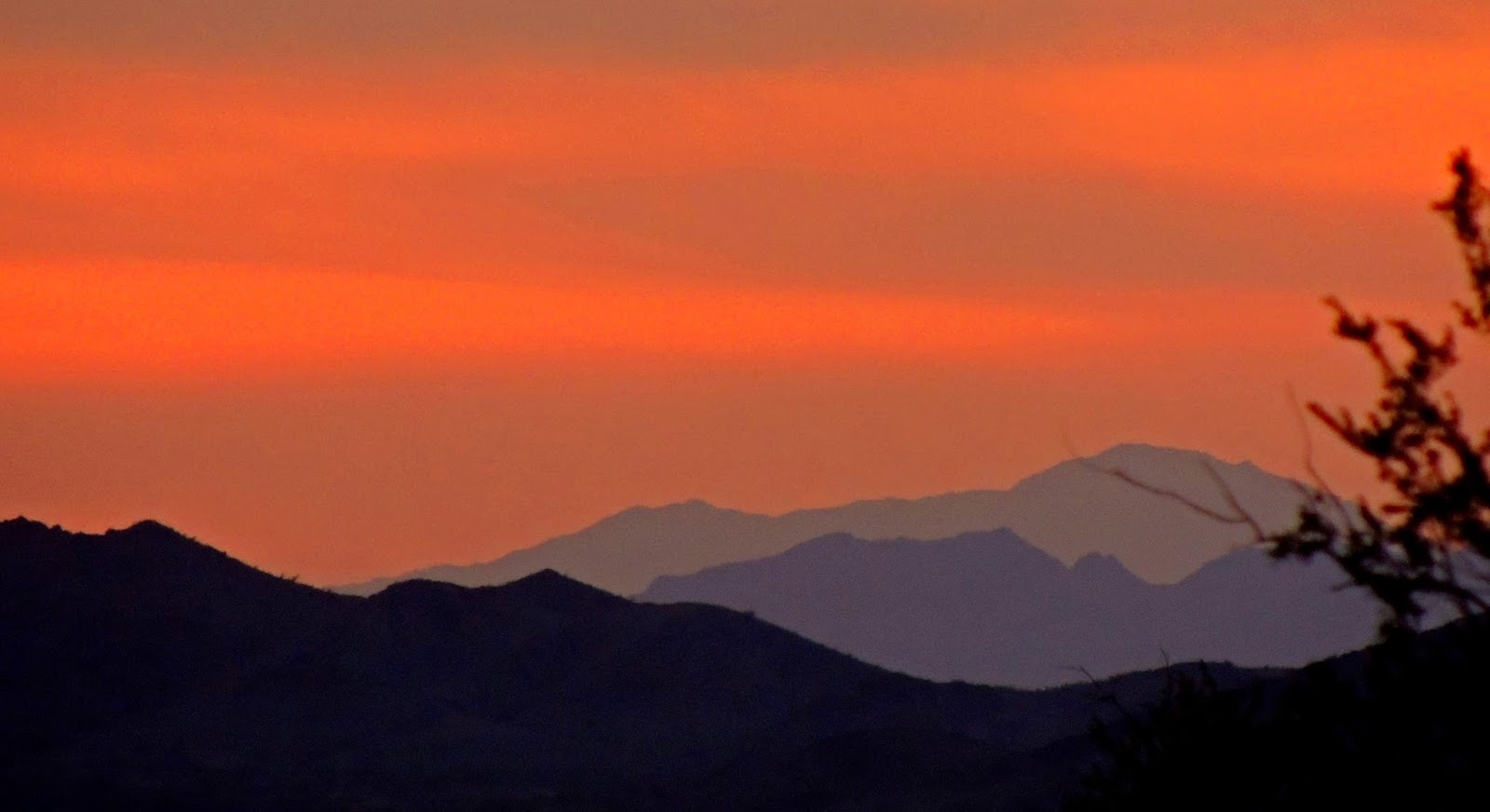 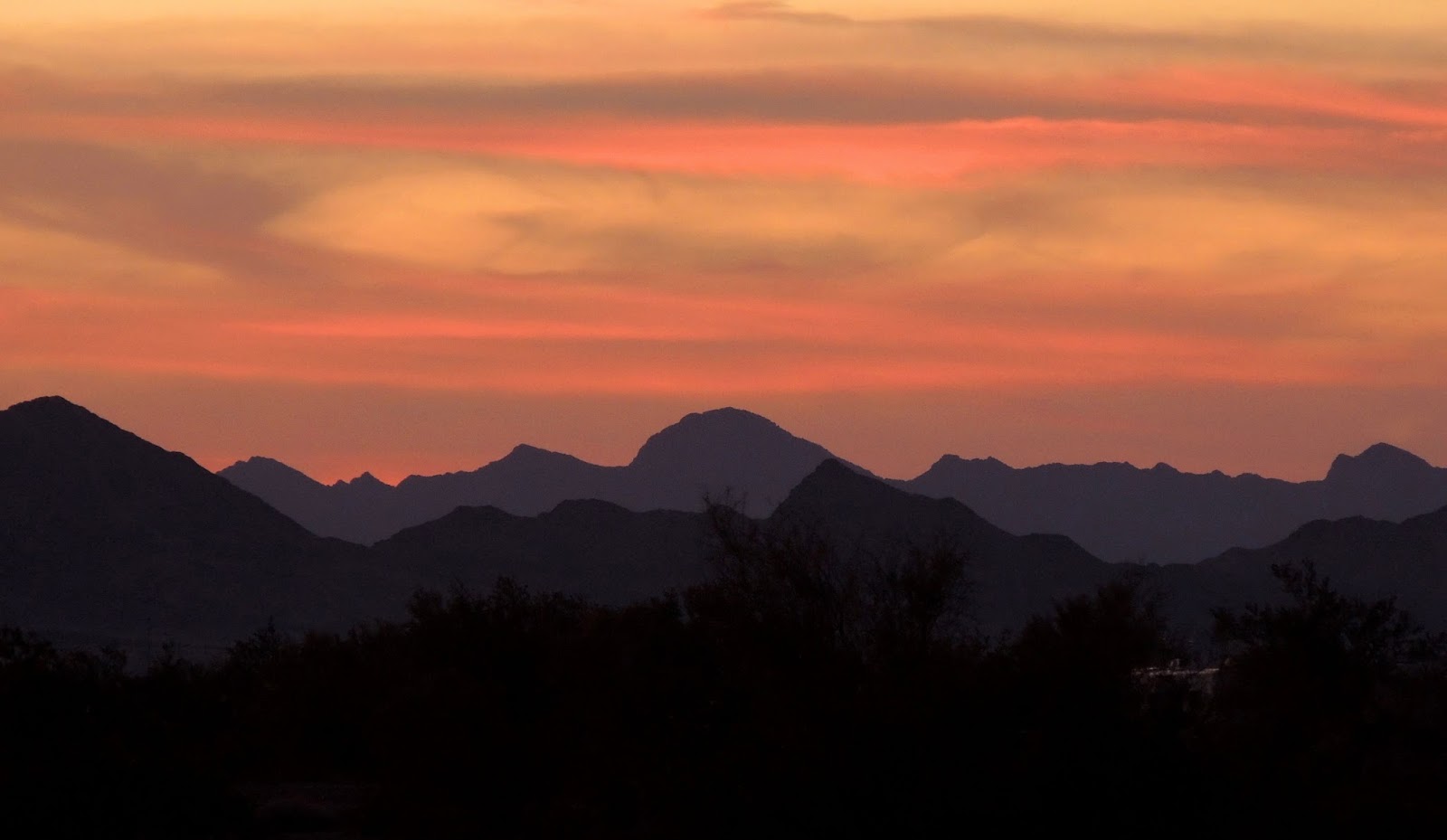 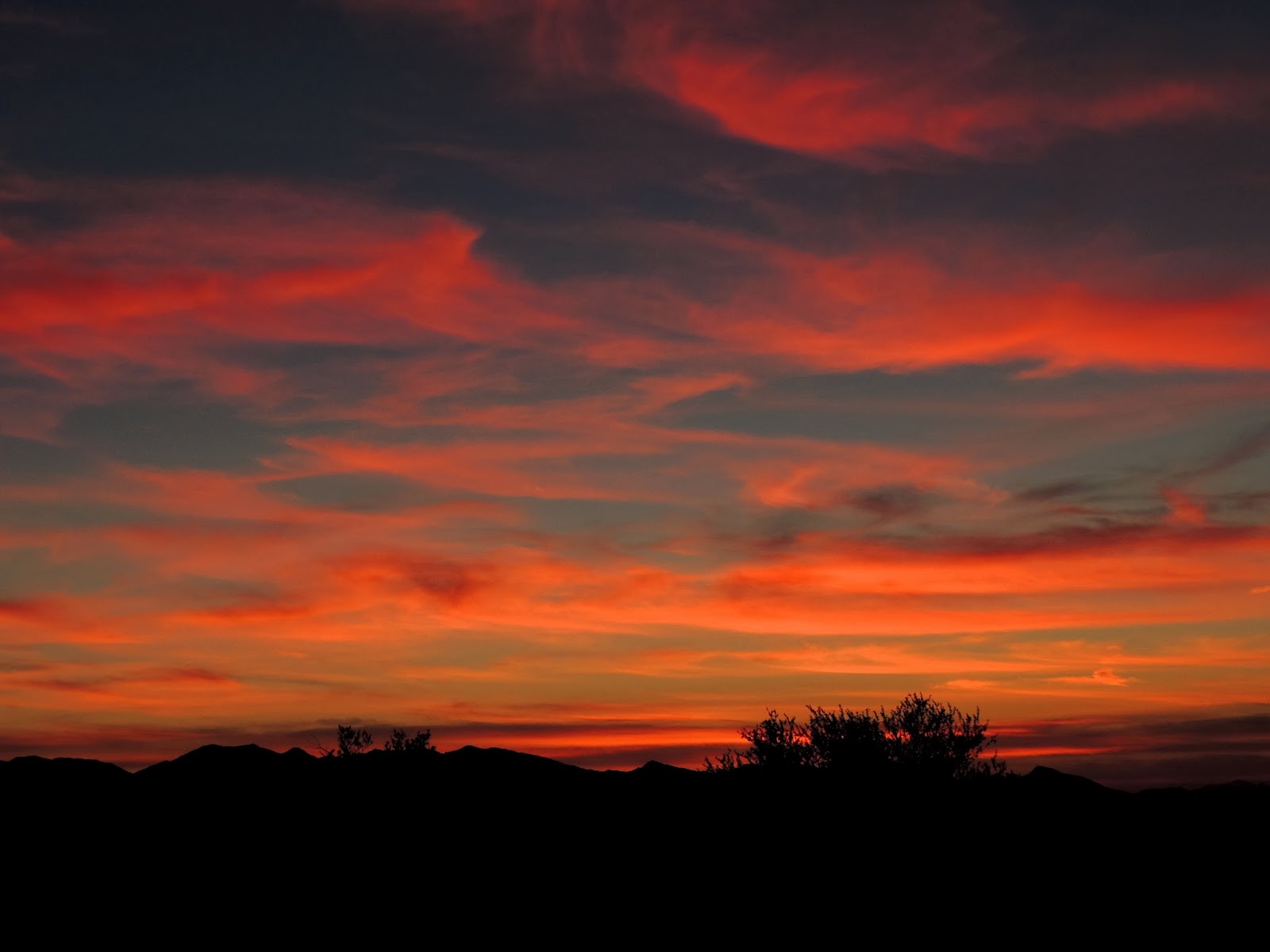 With the sun shining... the solar panels juicin' up the lap top... and another pot using the watts to keep me caffeinated... I'm back hard at it.

Tap Tap Tappin' the Keyboard
Brian
Posted by Brian at 7:54 AM