Listen to the Whispers...


After 40+ years of drifting at different speeds, straddling different modes of transport; from the seats of pickup trucks and Motorcycles to horseback and military cargo planes and even my thumb a time or three... on different trails... from Nogales to Fairbanks and beyond... There's not a whole lot of country I've not at least nicked the fringes on.

The road is a picky, and judgmental compatriot. Sometimes it chooses to push you away. Its saddle don't fit every one. Some folks get weary and sore after just a few months. Some take years... and others... it's a whole different deal. Somehow the road can sort out the ones who just aren't built to appreciate it.

For some, it burrows down deep and sets a hook in their guts. The farther those poor devils get from the open road and the wind in their faces as they chase the constantly receding horizons... the harder the line on that hook pulls, and the worse their unease and sickly feeling. 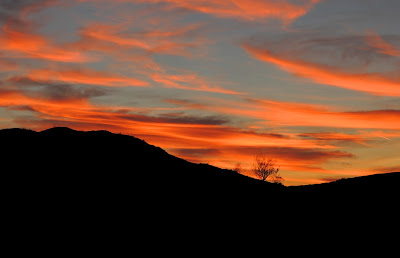 Utah has its canyon walls that tower over you... cutting off the horizon and sometimes the sky itself.

Montana runs from prairies that stretch beyond your imagination to mountains that swell your soul.

Idaho, Washington, Oregon all have their own personalities... as you can tell the home range of a rider by his hat and gear... most drifters could be transported in their sleep to new country, and tell you where they were after a minute or two of looking around when they woke up...

Arizona is no less. It runs from the lowest deserts to rocky peaks above timberline. It has the Junipers, and Pines and Adobes of New Mexico... yet there remains a stark yet indefinable difference between the two. When you cross the line, going either direction... you know it without seeing the border sign.

As much as I love all the other lands I wander so freely in and could not survive without... I Always feel like I've come home when I cross the border into Arizona. 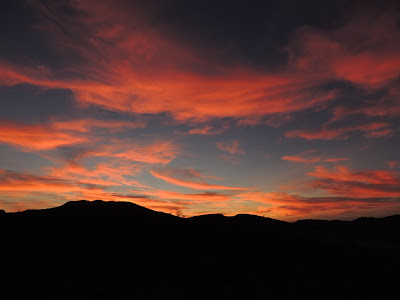 Alongside the Grand Canyon, the things probably most spoken of when the Subject of Arizona comes up... is first the concrete blistering heat of a Phoenix Summer! ;) and then ... her Sunsets.

Every sunset yields a stack of photographs nearly impossible to choose between. It's like reaching into your pocket and pulling out a handful of diamonds. How do you choose to discard any?

If you wait just a minute or two the light changes and the vision in front of your eyes morphs into something new.

It's like a herd of horses. They've all got two ears, four hooves, eyes, flowing manes and indomitable spirits... but each has its own spark, its own personality... its own value... like so much of this life of Freedom. Each day, so much like all the others that led here, each day has maybe just one small moment that sets it apart from the others. 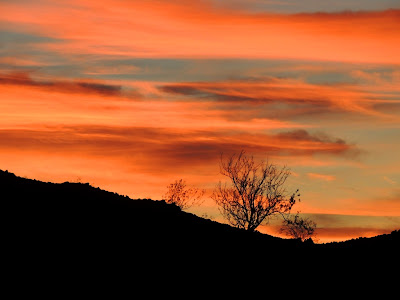 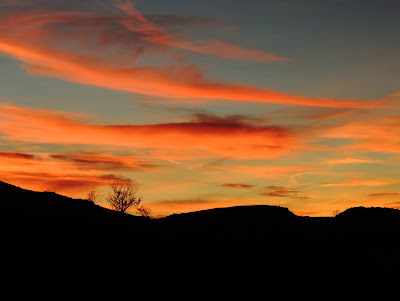 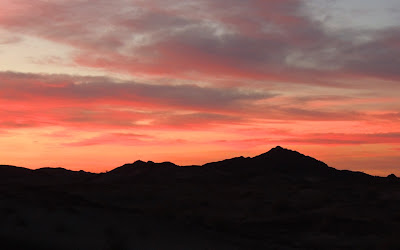 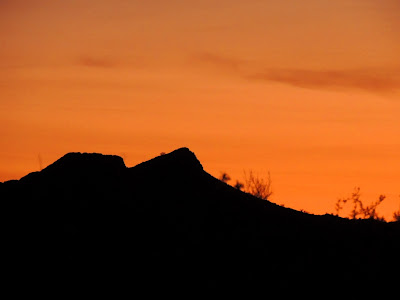 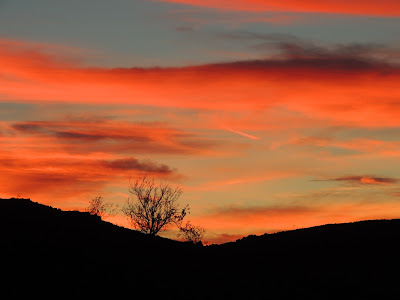 Life is often a confusion... made more trying to understand, by the noise of soh-sigh-uh-tee with it's unending cacophony of grasping drivel.

Like I've been advised here by other drifters and those that wish to be... Turn up the Stereo... Pop a top... lock out the  noxious cacophony and search out those fragile, fleeting, visions and personalities...

Or, just kick back and revel in another Arizona sunset.

The more of  those fleeting moments you find... the more polished your instincts to locate 'em become. You find yourself turning down narrow roads, away from where the sign directs... because some internal voice whispers... Here... just down here...

... and at the end of those vague trails... you find your pockets full of diamonds.

... Listen to the Whispers

Weighted down with full pockets
Brian
Posted by Brian at 8:57 AM

Every day made perfect by the glory of its sunset. I never tire of sunsets and likewise pictures of sunsets.

Just color me jealous, as I wait for the Amazon gig to end here in KY. We'll make it out that way at some point :)

Man, you said a mouth full today. Remember that one, that could be another book!

Great photos love the blog would love to see them in a slide show.