The Second Book in My "Jeb Taylor" Series is FINALLY Written!

I hate to think it's true but apparently hiding from wild fires and losing any cell signal to build posts with is good for writing!

Parked somewhere around 9,000 feet in the Snowy Mountains of Wyoming had me finishing up my third Novel; "Heart of a Man."

Maybe not spending an hour or so carving a blog post near every morning had me saving up the words to string 30,000 of 'em together in a week to finish the book! :) The Movie reel in my head was a singin' and my fingers were flyin' on the keyboard!

I still think "A Pair of Second Chances" is a better tale than "A Matter of Honor"... but... My latest story, Heart of a Man, is every bit its equal. For the folks that like Myra and Ben... and maybe Jeb a little, it takes their story and tribulations a lil' farther down the trail.

I'm already deep into the editing to try and clean things up for publishing and hope to complete that work and publish this latest ebook Western Novel some time by or before mid July.

While I'm doing that editing I'm also planning to go back and do another edit of the first two books as well. There's still a few typos and such hiding in there I want to chase down.

I'm not real unconfident about such things though. We've read quite a few "New York Times Best Sellers" in the last year, and to tell the truth? Those, supposedly "Professhunally" edited and published tomes have more errors and typos than the Indie books like mine that I've read! :) Bald face things like badly misspelled and doubled words ie. "the the" and such things as words totally out of context; as happens when you change a sentence and move words around a bit.

So THAT lil' slap, that I continue to read against Indie Authors and publishers, (made by the old time publishing houses) that they are poorly edited, just don't hold up. It falls on deaf ears. We do our best but those "Big Boys" aren't immune to criticsim or the need to employ improved editing either! ;)

Anyhoo... I figure I'm giving those boys a run for their money. Especially when you look at my $2.99 price compared to their $10 bucks plus! :)

So... before I got that done, we got run out of the FS campground we'd bivouacked in. When we parked we were all alone. A couple folks pulled in the next day but they all dispersed to far corners of the camp that WAS open.

All was good till Thursday afternoon. I knew we was in trouble when two big Identical Vans trailed by a half dozen cars pulled in and a swarm of squealin', hoorawin' teenagers jumped out with two or three "adults"... some sort of  'youth group'...

Well... the adults supervisin' those young ones have a lot to learn there own selves 'bout etiquette and respecting the "Space" of other folks...

When the only way to push any farther into Our Site... with THEIR tents... would have been to ask me to pull  my fiver a bit farther forward... I stuck my fist in my mouth to prevent cursin' and my Ipod buds in my ears with the volume turned up to drown out their racket!

So... next morning, as early as we could I hitched up and I pulled out blowin' as much smoke and makin' as much racket as ~ I ~ could and hauled for the High up AND Lonesome! 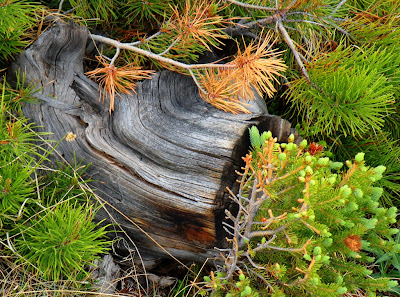 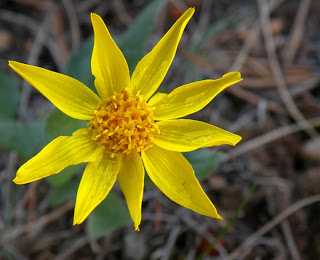 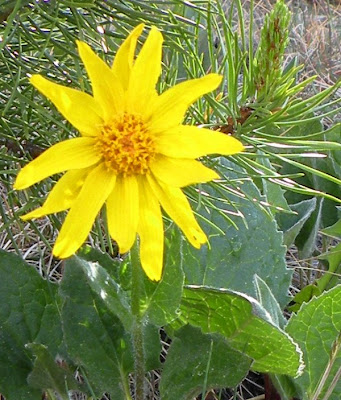 Tap Tap Tappin Away
Brian
Posted by Brian at 11:36 AM

Congrats Cowboy... I hope the series goes viral and the TV rights make you wealthy enough to buy the rig of your choice... and replace the old Dodge with a new one.

"Bald face things like badly misspelled and doubled words..or words out of context."

I can overlook such poor editing but historical and geographical errors set my teeth on edge. It seems that the editors have no more knowledge of such things than the authors do. If the authors do not do their own research well, or pay to have it done, then there seems to be little chance that the editors will catch such errors.

Mark; I'll settle for enough to keep diesel in the tank and a few flashy bits for the Red Head ;)The one with four spark plugs ;)

I once read book that had someone taking the south bound train out of Fort Worth to go to Amarillo.
:0
You just can't fix stupid!