Back in the Land of Smoke and Internet

Up at our camp in the Snowies of Wyoming it's a nice cool summer... We ran the Furnace up there! :) 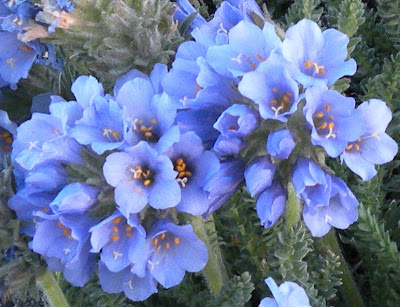 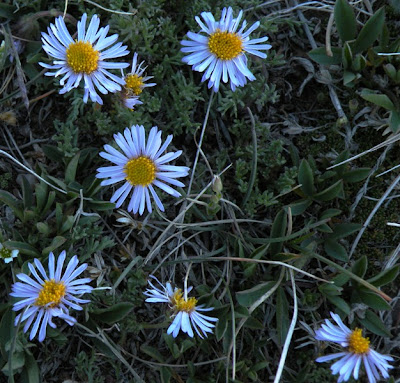 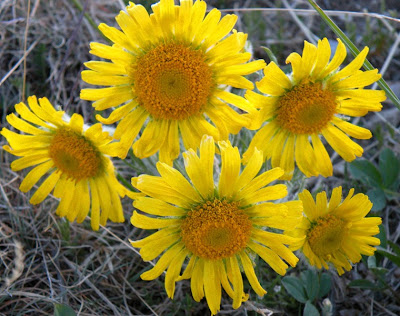 What with Alpine flowers deer and bears... there's plenty of eye candy for a refugee from Soh-sigh-uh-tee...

Then we came down out of the Wyoming High Country yesterday afternoon... To smoke at Cheyenne and hot as we rolled south. Not just hot but HOT!

I had to look at the map to make sure I'd not taken a wrong turn and ran all the way unknowin' to Arizona or Southern Utah or some dang where... When the truck thermometer tells you 122 degrees when you come out of a store... if even only for a minute or two you KNOW something's gone wrong!

That heat and the wind that's been runnin' around here for a few weeks hasn't been helpin' the fire fighters either...


The fire made a big run yesterday. They'd had it about 60% contained and now it's down to 45% or so. It jumped the Poudre River and is now established on the north side... which puts it into a fresh supply of heavy timber with heavy beetle kill... They're talking MONTHS before this thing is controlled.

The picture is maybe the north half of the fire from about 20 miles away...

Made a lot of progress up in the high country. Not only got Novel #3 completed and into the editing phase but went back and re-edited A Matter of Honor... my first book.

A couple of months back I got a private message from Nick Russell of Gypsy Journal and "Big Lake" fame. Now... he's made his living with "words" his whole life as a Newspaper Man. (so his 'critique' Should carry a bit more weight) He'd sent me a "Criticism" of the book. One of those of the "Constructive" variety.

A week ago, after I'd finished the whittling of Heart of a Man... I went back for the first time in two years to look at what I'd written. That time gave me Fresh Eyes I guess... 'cause what I saw made me say; HUH?!!! What was I thinkin'?!!

Thanks Nick! ;) It appears I may be learning a bit... even at this late date!

And the re-edit began.

It seems I have a habit, that needs to be guarded against, of putting commas where I tend to pause as if I was speaking. Sometimes that don't work out quite so well with the written word. So... Now A Matter of Honor has been re-edited and I'll be uploading a "Fresh" version in the next couple of days now that we're back into internet service for a few days.

Heart of a Man should (I hope, I hope, I hope!!!) be ready to publish in another couple of weeks... more and more and MORE CAREFUL editing to be done yet. :)

But... Today I've got to go out and Replace our RV hot water heater. After ten or eleven years the original has sprung a leak somewhere.

I ordered a replacement from PPL which was delivered to our little store in Fort Collins the other day... Not too bad. Regular cost everywhere else? $600 PLUS! The cost from PPL for this Atwood RV Water Heater? $338 bucks with Free shipping.

Still hurts since that really wasn't anywhere in the budget... and now Peter is cranked off 'cause I took his money to pay PAUL! :)

Now if I can get it installed without creating a propane bomb or sparks I'm pretty sure the overtaxed fire department 'round here will appreciate it...

Maybe once I get the new book published... so that the Jeb Taylor SERIES has two books rather than being a... One Book Series??? ;) The budget will get to being a lil' less anemic!

We'll be down here in the Valley of Heat and Smoke for a couple weeks doing some more chores and Vacation Coverage at the Bead Store... That should give me enough time to find a heat and smokeless place to hide out for a few weeks when we escape once again.

Getting a Refresher Course on City Livin'
Brian

The entire state of Colorado appears to be on fire this weekend. Drought and high temps and high winds don't mix with people being careless.

The careless people wouldn't be a problem if those managing the forest hadn't been educated by Walt Disney. They are in horrible 7 to 8 times historical/healthy tree density condition. Multiples of "Too Much Concentrated fuel" of dried up trees sickly from Gross over population.

The real deal is... THIS, is what the next ten years or so is going to be like. It will likely take that long for "Mother Nature" to correct the buearocratic stupidity that has got us into this fix.