All at the same time... Maybe, it's the bein' lazy that makes it seem like we're runnin' hard!

We decided to move camp a couple days ago. Discovered that the sites up at the top of this Junction Creek Campground had some decent signal... and I thought... better sun...

Well, we got the better signal... but only have 3 or 4 hours of sun a day... Who'd of thought I'd ever complain 'bout havin' to live in the shade? :o) But... since we're not currently carryin' a back up generator (gonna have to correct that) ... we NEED to be out in the sun... and this particular camp... is a shady son of a gun! Only a few hours from Morning Sun... to afternoon shade... not enough to fill the batteries...

Anyhoo... we moved up to where we can make some contact with those we need to maintain contact with... and then... promptly left camp! :o)

Took a pic nik Monday over to Vallecito Reservoir. We'd done a night of two of our Honeymoon... a Looooong time ago... on the banks of that lake... sharing the bed of my Ol' pickup with Brandy and her week old litter of eight pups! :o)

See all that yellow? It used to be Ponderosa Green... then... the black of a fire... Now, that yellow is the lil' Aspens that are growin' like grass all over that Valley... Give it another year or two, it's already pretty again... but soon, it'll be eye hurtin' gorgeous! ... Takes death to make room for new life. 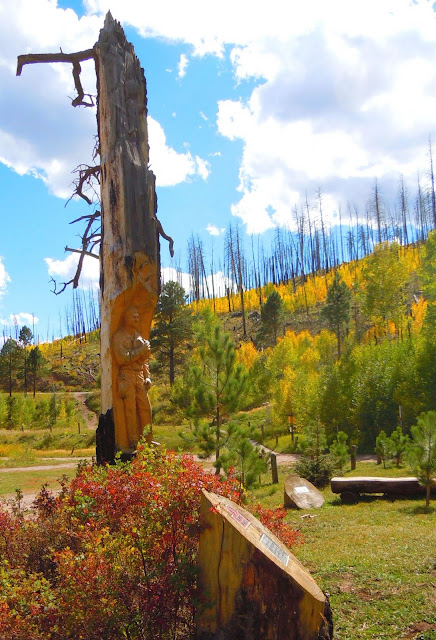 A fella named Alan Wyatt was killed fighting the fire... a local did a bunch of carvings around the valley, memorializing that big fight... this one... is a memorial to the one man who lost his life in the fight. You can see the rebirth of the mountains on the slope behind the memorial... Life goes on...

I didn't have to feel guilty for too long though. The clouds and cool came back shortly after noon... with a good hard rain at the end of the day, on the way back to camp... so it was a good call! :o) 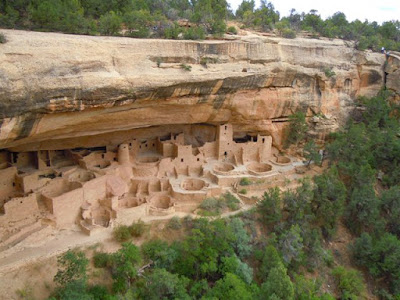 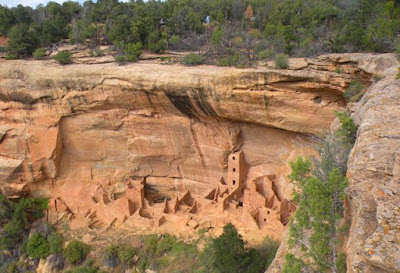 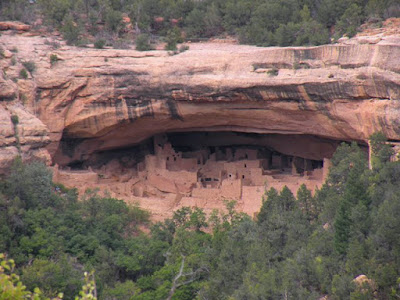 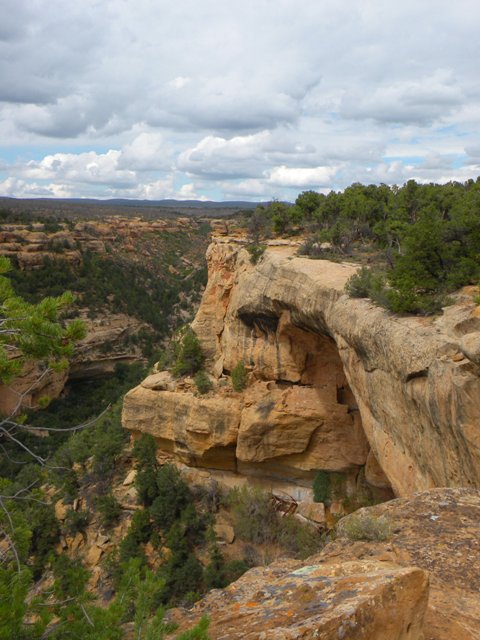 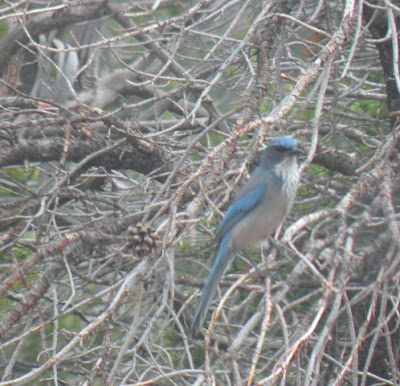 A poor picture of some sort of Blue Bird... but the flittin' bugger wouldn't hold still long enough for my slow self to get focused in on him... 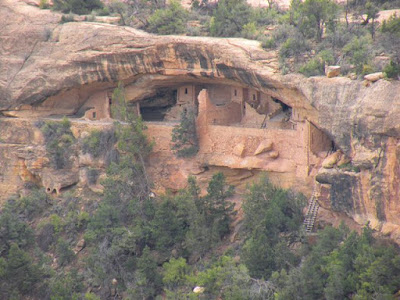 And these next couple should give you some sort of a feel for what kind of country these Anasazi lived in... along with this... they crawled up the face of those cliffs with toe and fingerholds they chipped into the rock... good thing they didn't have OSHA back then! 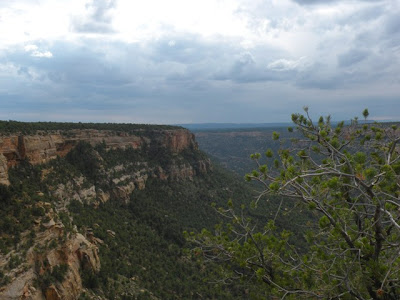 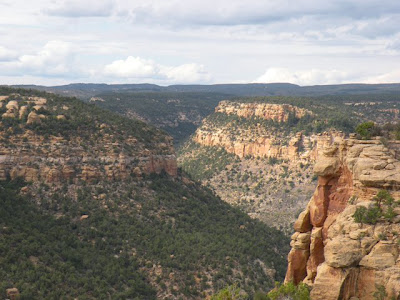 Hmmmmm... how'd you like to come home to one of these Condominiums late some Saturday night... and try to climb up to bed? ... hell... I can't even make it the short climb into the truck! Tougher buggers than me.

... then... as we were heading out of the park we spotted some horses standing out in the cedars... Ute Indian horses... so, for the most part... Wild ones! Heidi kind of took a liking to this gal... 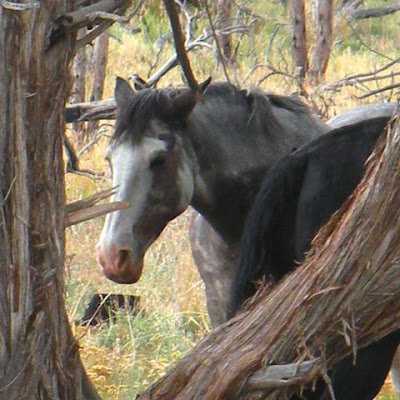 Now... as for tryin' to sustain this gypsy cowboy, frugal RV Livin'...

...Walmart Hot Dogs!... roasted over stolen firewood... in that cut rate camp... that saves flushin' water ( we use their outhouse!) and also saves fillin' the Nasty Tank! :o)

There ain't no Hookups... and the sun ain't chargin' the batteries very well... Only have a couple hours of Sun Gap in the trees! :o) ... but it'll work for now!

Return to the Home  page of goin' RV Boondocking  or, Visit my "Ribbon of Highway"  Blog on the Lil' sister to this site, Motorcycle Touring on Freedom Road
Posted by Brian at 10:18 AM

Congrats on getting back out there. Y'all gotta be feeling some relief and relaxation about now :) love the pics and you're right, absolutely beautiful location.

Lovely place to camp. Think your bird is the Western Scrub-Jay. He will come to a feeder if you happen to have one.
Even without the amount of sunshine you need, still a beautiful place. What time does the sun go down there?

Why not let the old Cummins put a l;itte charge on the coach batteries. I'd think a slightly fast idle for 20 mins would do the trick.

pjcnlv: I tried that... uh... I think I got another bad wire... somewhere... the charging through the vehicle umbilical doesn't seem to be flowing... one more thing to run down :o)

Sharlotte: I'm not sure when sundown is! :o) somewhere around 7 I think. That's not my lil' problem though. The thing in this pretty camp is the trees. Takes till nearly 11 in the morning for the sun to clear the tops on the east... and then those on the west block the rays just before 4...with the lower angle in the fall... charging is only running at about 50%... that should get better when we move to the desert in a couple days :o)... little shade there!