Bein' the Best There is__ Don't Make You Good.

I've been depending on Verizon for a lot of years now. Only because in a lot of places they're the only game in town. For a few of those years I saw their service footprint expand and improve in quality.

Buuuut maybe it's like old men... after a while telephone companies start to not give a fiddle and just let things fall apart. Old places I used to get online are now non-functional except for texts... IF ... you're willing to wait for ten minutes a lot of the time for the dang thing to send... or receive any reply...

They're loosing ground and I'm not real sure why... only problem is... there ain't nobody else to jump to in the hope of adding some competition pressure... So I just try once or twice and then quit until I can find some signal somewhere.

Soooo... the slowness of posts and replies is not ALL just the cranky old anti-social cowboy biker cussin' and squealing; "No! I won't!" ;)

Knowin we'us gonna have to hook up and haul out so I was close enough to not spend a fortune running back and forth to keep those VA bureaucrats happy, Me an Arlo decided we should make the five mile up and back stroll to the Rabbit Ears before we left.

We been prowling through the timber and back roads around for days.

Climbing up to the Rabbit Ears would be ok__If__ the guy you had on the end of the leather was willing to NOT yank you off your boots on the slickery steep parts! He had to be on a leash 'cause his behavior when other folks are around is not something you can brag about.

It's not a bad lil' hike at all. Just a few spots where the sand on the hard pan of the purty steep trail gets kinda dicey and you curse yourself for wearing the wrong boots and leaving that walkin' stick behind.

And then that furry chainsaw gives a yank the wrong way at the wrong time and even coarser bad words escape into the environment... 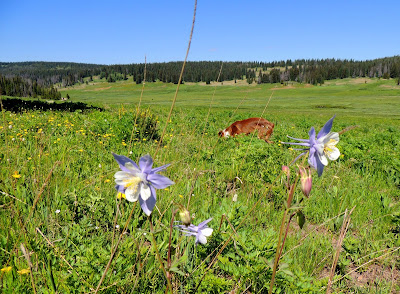 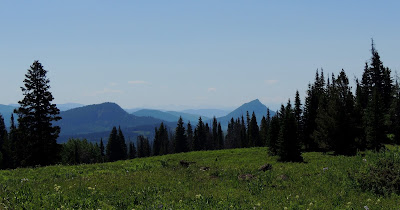 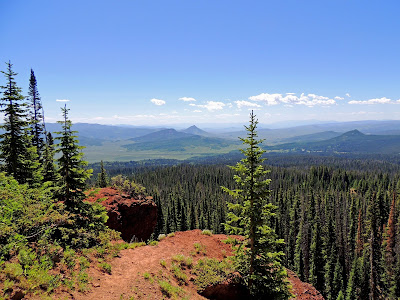 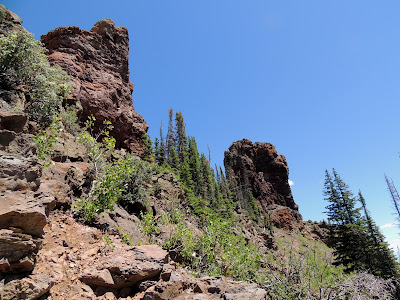 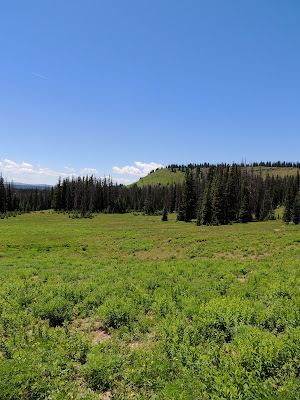 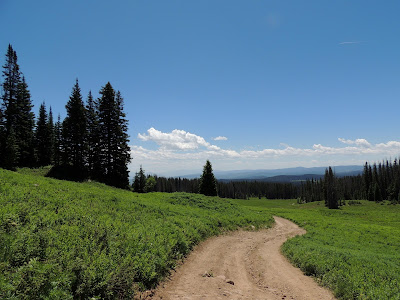 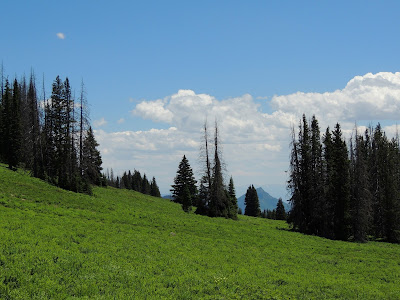 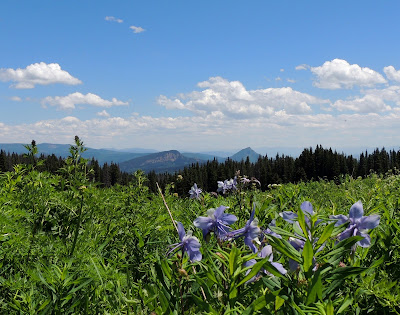 A couple nights before we pulled out this big guy come a visiting... sort of... He's nigh on to 600 yards from the rig... zoomed out that classly lil' nikon and got this... kinda grainy but not bad for the distance!

He seems to be growin' a purty good rack. 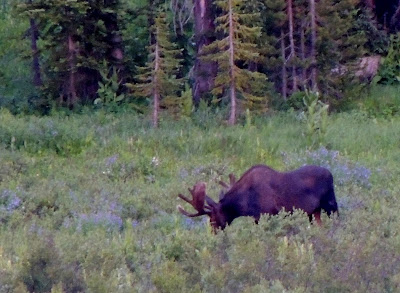 We've moved to a spot west of Cheyenne to facilitate (That means 'make easier' for those less wordy than some others) the chores of these appointments.

And even here... I have to get in the truck to go a half mile to where suddenly there's signal... even though I can SEE two towers from the rig... arrrrgggghhhh...

Actually a camp I've had before up on the mountain above Sula in Montana has been sending its whispers on the breeze... which right now is Whistling through the rocks and trees around camp!

Slowly getting back into the swing of photographs and some proper writing... and likely some improper too!

Arlo sounds exactly like my Bear, I've gone vertical behind that critter more times than I care to recall. Used to read your blog all the time years ago and got away from it until I stumbled across it again. Glad to see you're still at it!