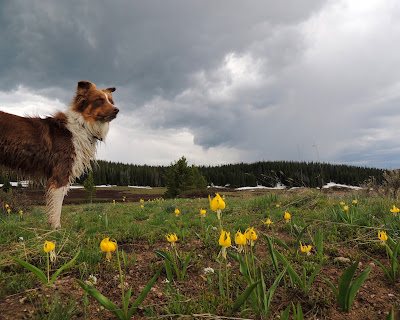 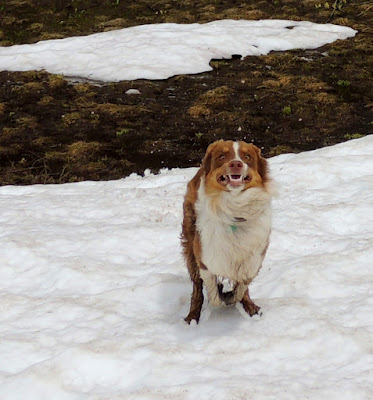 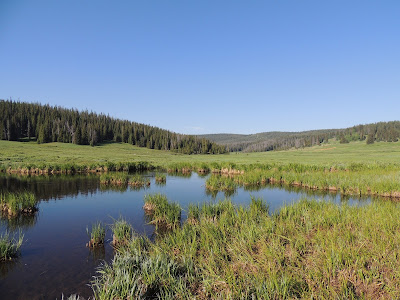 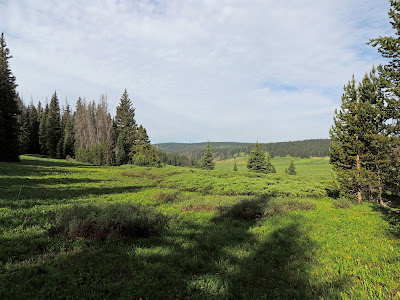 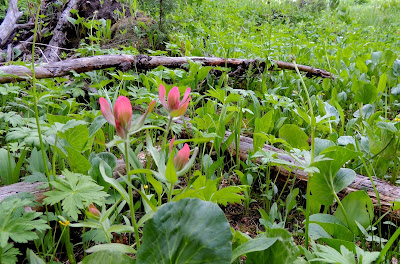 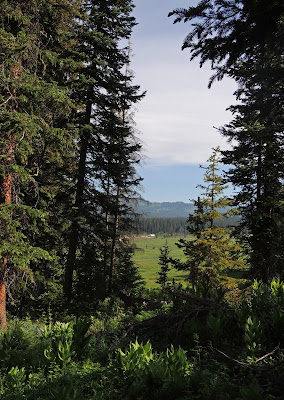 Good to hear from you - have been wondering how things are going!

Been wonderin' where you were and what's going on. Looks like you're in a nice camp and that you and Arlo are still tolerating each other. Is your camp near where we went elk hunting years ago? I still chuckle whenever I think of your reactions to my rig parking abilities, sense of direction, and wanting to introduce you to that moose... It was a fun trip with a good friend.

We now have place about a mile to the west of Buffalo, WY. It's about across the road from the WY Veteran's Home.

Trying to sell the bus now...and buy a pickup without all the emissions crap. Why is it that that when you want buy something with wheels under it they're all kinds of expensive but when you want to sell it a few years later it ain't worth squat?

Headed to Denver next week for more doctor appointments... Looks like another back surgery is in Cathy's future...

Good to see you back. I always get a kick out of your writing style and wouldn't want you to change it a bit. Stay well.

Help me! I think I am addicted to your yonderings. Glad to see you come up for air sir.

This camp is way south of that hunting camp Mike. That one is actually probably inaccessible right now due to the fire up there in the Big Creek Lake/Hog park area.

Same mountain though... the southern end though... that's the end that you find if you follow the grunt that can read a map and knows which way the shadows point in Late October! ;)