The life of a Cowboy is often a lonesome thing and being plain honest... it's purty much self inflicted. His sense of honor and just what he can tolerate, well, it's pretty impossible for him to negotiate such things. He's not perfect but he is what he is and he just ain't about to change that for anybody.

He figures if you want him to change who he is you don't care 'bout him anyway so... Adios!

Even amongst other folks he's got a way of holding himself apart and alone... or those other folks hold him away... because his way of seeing the world is so foreign to there own it makes them nervous. They just can't accept his unyielding ways and unwillingness to compromise.

He sees compromise as a phony deal with the devil where a lie is used as collateral to wheedle him out of what's right... by some slick talkin' townie.

Cowboys aren't what you might think of as "gentle" souls. They're more closely related to warriors than preachers. A lot of that comes from the rough and tumble world they grew up in. Fighting 1800# bulls or angry horned hereford mommas when all you're tryin' to do is doctor her baby isn't how you incubate sensitivity in a man.

But, they are still a bit of a paradox. That buster you think is a hard nosed prick will stun you with how gentle and tender he is with a calf or a colt; He'll risk hell and frostbite to save 'em and protect em...

Then he'll turn right around and grab the man by the collar who stepped the tiniest bit out of line when it comes to honor or respect... and whup on his hide till his own momma can't recognize him...

The only honesty they see comes from a cow or a horse... their experience with humanity is not something that's nurtured a lot of trust in their minds.

They say cowboys are a dyin' breed. Might be so... but they been dyin' for a long damn time. My whole life and beyond... but as long as there's one sorry old cow... or one good colt to test his abilities... cowboys will survive. They'll be out there cussin' the wind and the dust. gripin' and grousin'... and softly caressing a fresh colt and trying to coax it to stand up and suck ...

Now understand this... that's not the fellas you see on espn... those are sure enough athletes... and they might wear big hats, and silver buckles...  but that fancy stitchin' on their back pockets... kinda gives 'em away.

A few of those boys might could cowboy...they're sure enough tough... but most are only good for eight seconds. They just don't hold up when the days with out a day off run into the triple digits... the dollars in the bank are... well... dollars in the bank???  and the only reward is to see that calf grow fat on summer grass.

You get the picture.

Most cowboys aren't so wordy as... ahem... some others. So getting to know them and how they see the world around 'em is sometimes a difficult thing to achieve. And even if you do... the onliest one you've learnt is THAT one... cuz each and ever' one of 'em, though they carry the same heritage... they're all so individual that you just can't catch 'em up in a single loop.

Some have even gone and hidden amongst the townies for a while. They put on shirts with lil' alligators on the chest... and I saw a few in plaid shorts one time... but... deep inside... in those places they hold apart and alone... They are cowboy and they curse the day they let themselves be talked away from the only life that ever soothed their souls.

It's been said before by others and said by me, but it still is the gospel truth... there's nothing finer than riding a fine horse into new country.

The only thing that soothes that battered soul of a cowboy barely hangin' on... is the spirit that lives within' horsehide. 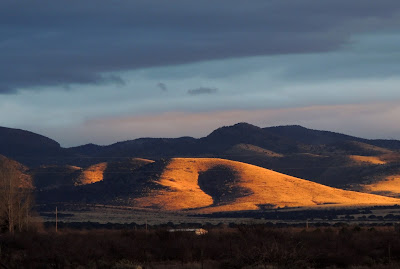 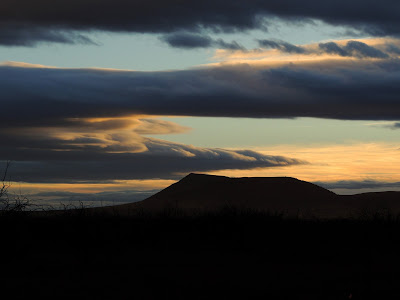 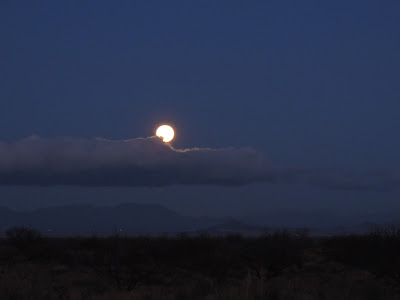 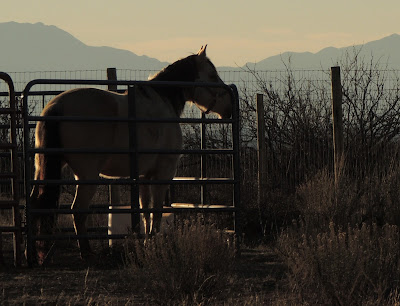 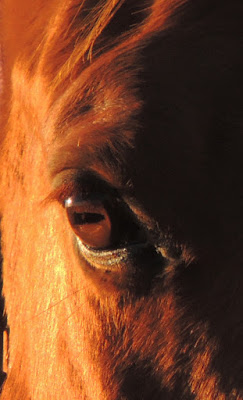 The purest spirit can be seen... in the Eyes of a Horse... 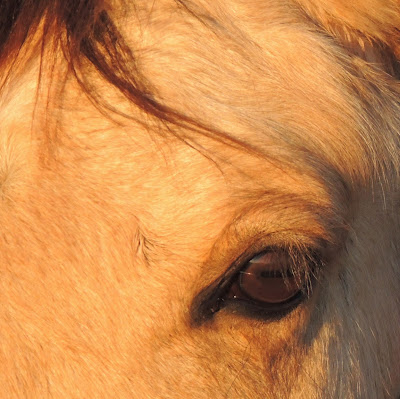 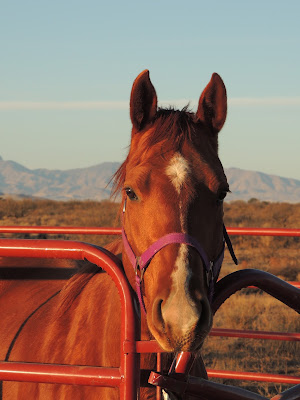 When your heart is sore and you think it'll break... you're chokin' on life... if you walk out to your pens and just quietly gaze into the eyes of your horses... the pain starts to fade. You wrap your arms around a neck and the tears wash the dust away.

Email ThisBlogThis!Share to TwitterShare to FacebookShare to Pinterest
Labels: Arizona, Arizona Home Base, Cowboy Philosophizin', Going Back to Horse

That's a great post .... and you are right about the eyes of a horse. I'm sure you have noticed with all your time and effort and the cost ... you've accomplished a lot on your property. Looks really good.

Great post!! My comment is on the ESPN "rodeo hands". In my day Bull riders did not weare flack jackets and face guards. Most of the "GOOD" bull riders did not have any front teeth from contact with some bulls horn. bunch of PUs$#%s!!