Rocky Mountain National Park for the Sick and the Restless

Thought I'd recovered enough to sit in the car for a run up into Rocky Mtn. Nat. Park... maybe even over the top. That and I've been here in this camp too much for too long and I'm needful of some windshield time.

Sitting in a car on a sunny drive in the mountains takes no effort... and mountain air is the best cure right?

Down at the mouth of the canyon they were, I believe, scaling the slopes above... knocking down loose boulders and rock... so we had to wait for a bit... 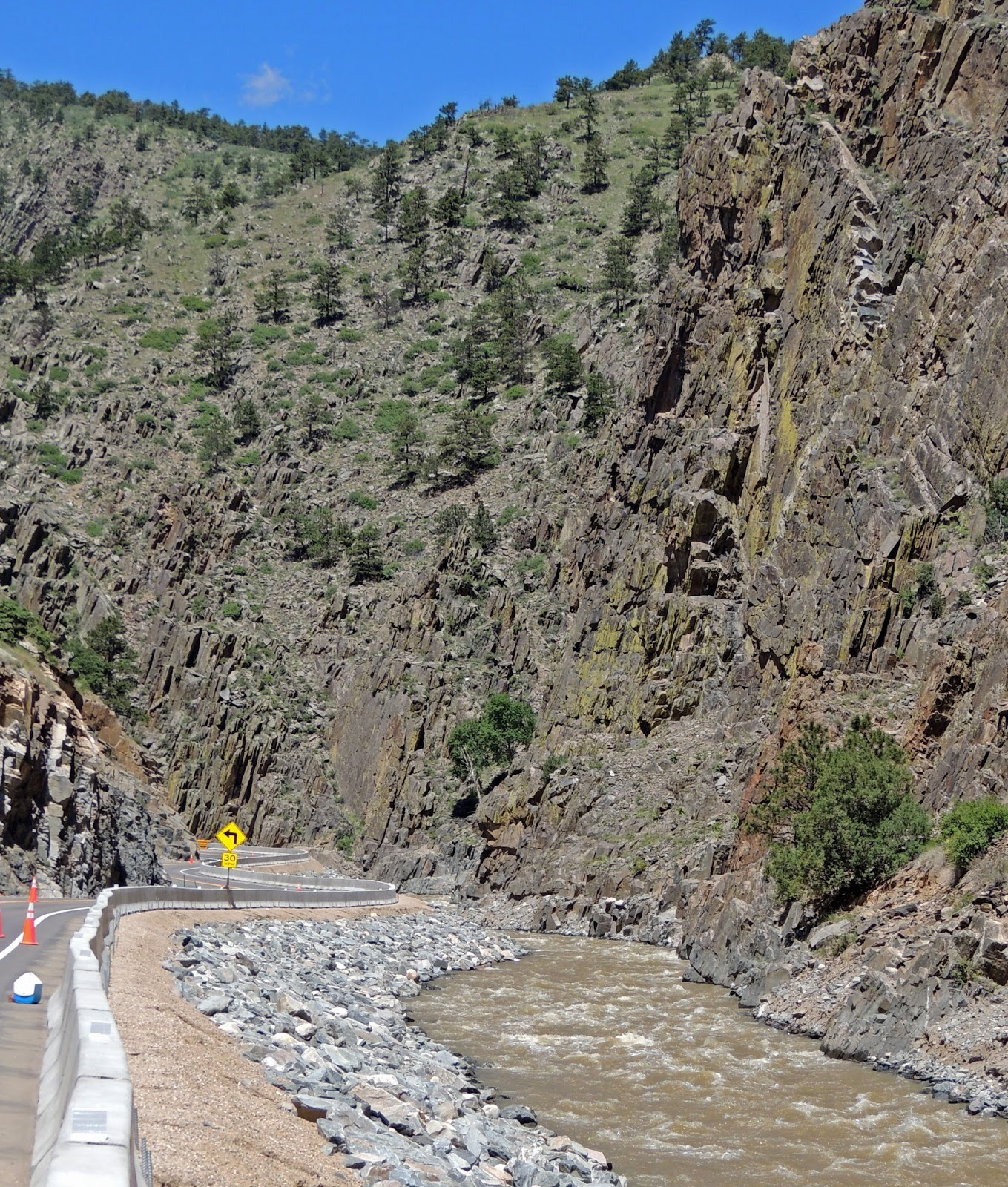 The Big Thompson is running strong but nowhere near what the Poudre is carrying. I wonder why. More snow pack on that side of the mountain?

Or more rain caught that drainage in that couple weeks of rain we had? no idea... but I'm sure the folks living up this canyon aren't complaining.

All that rip wrap along the roadside of the bank is new. Repairs where much of this section of road was heavily damaged. 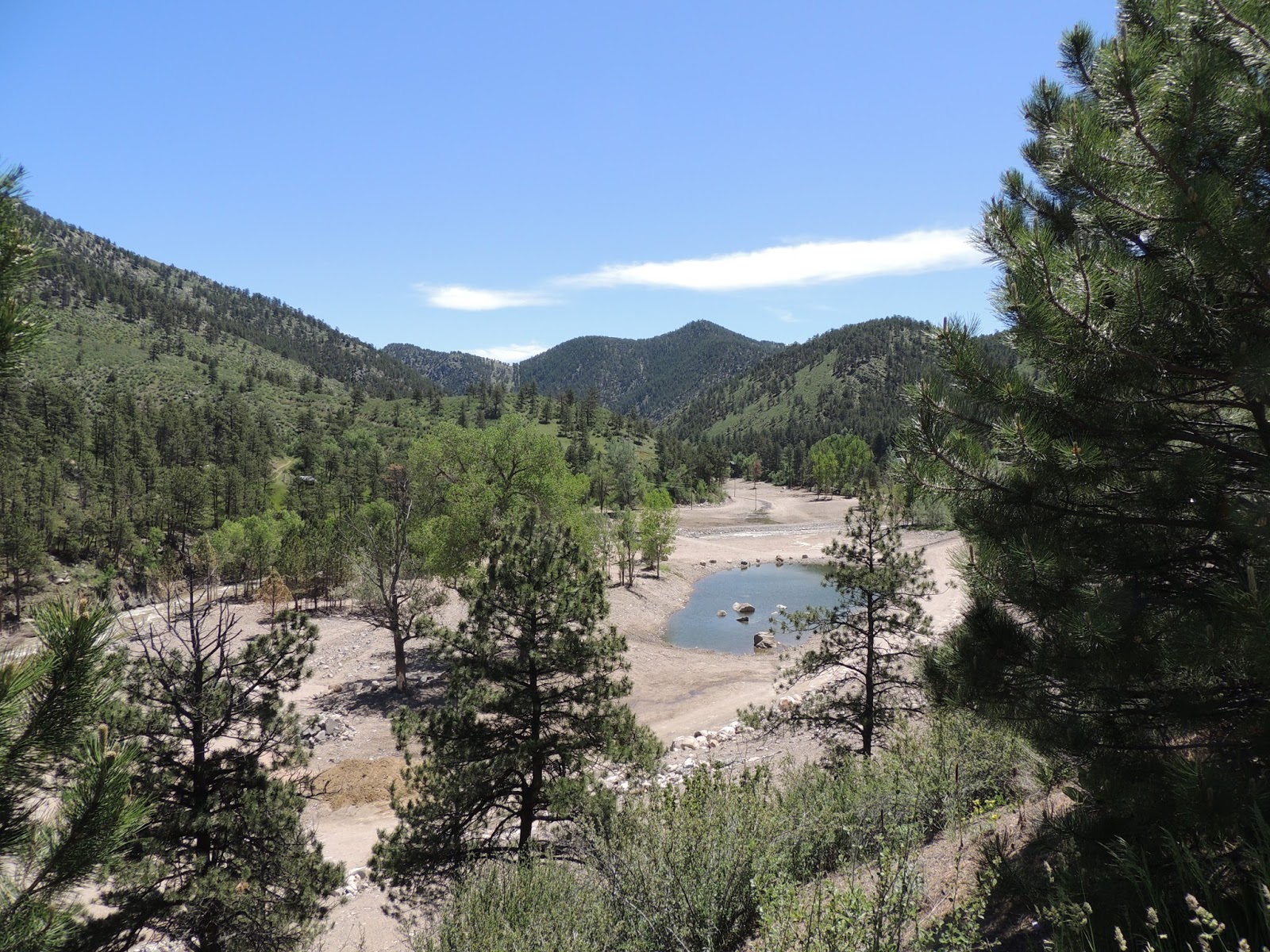 It's gonna take a few years for all the scars of last years floods to heal.

That bare dirt... didn't used to be bare.

I wonder if anyone will rebuild on that ground the river scoured?

Farther up, near to the top the snow is still deep and heavy where it drifts and banks up through the winter. 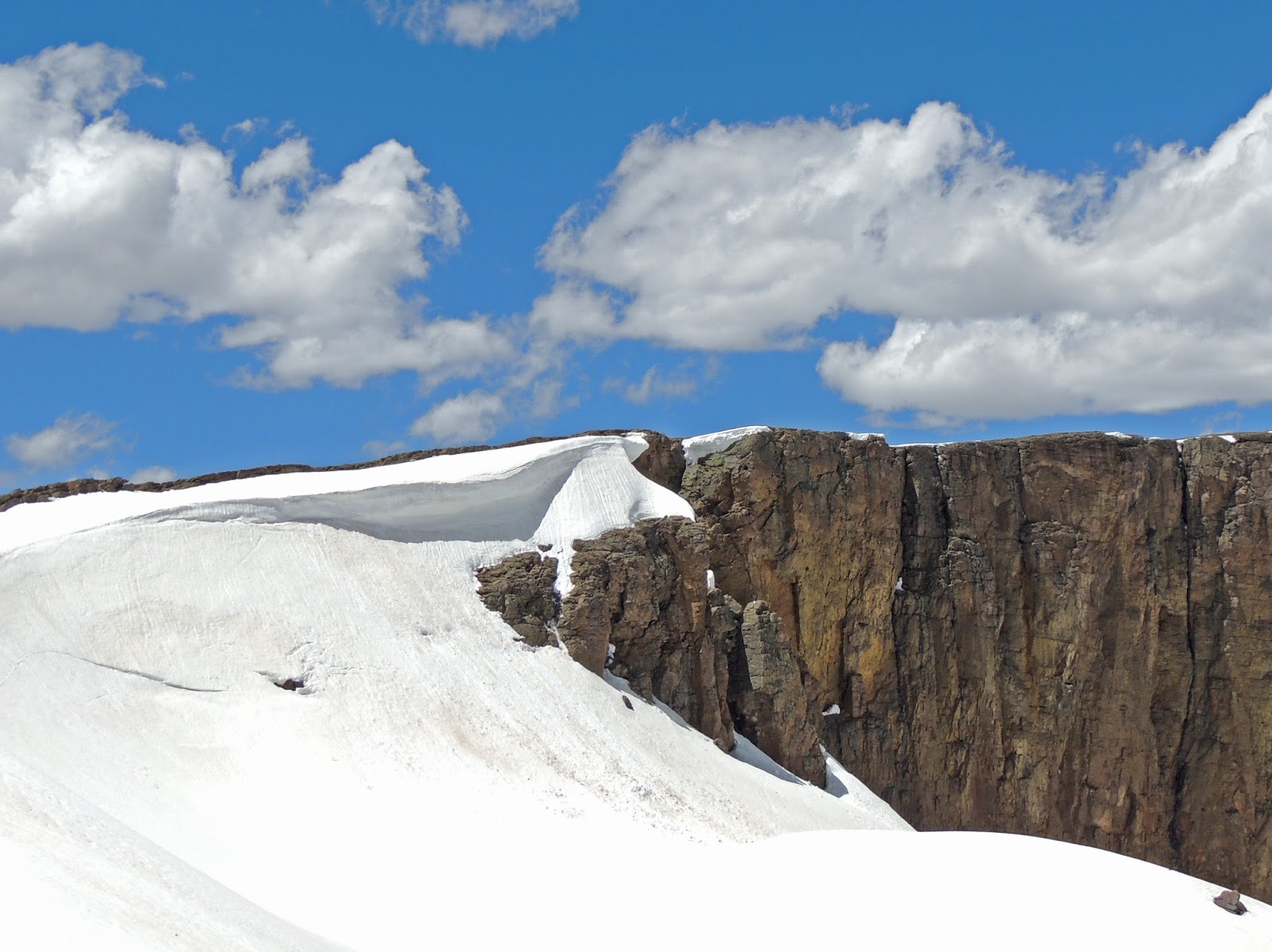 The wind was blowin' so hard here I had trouble gettin' the car door open to get out and capture the photo... 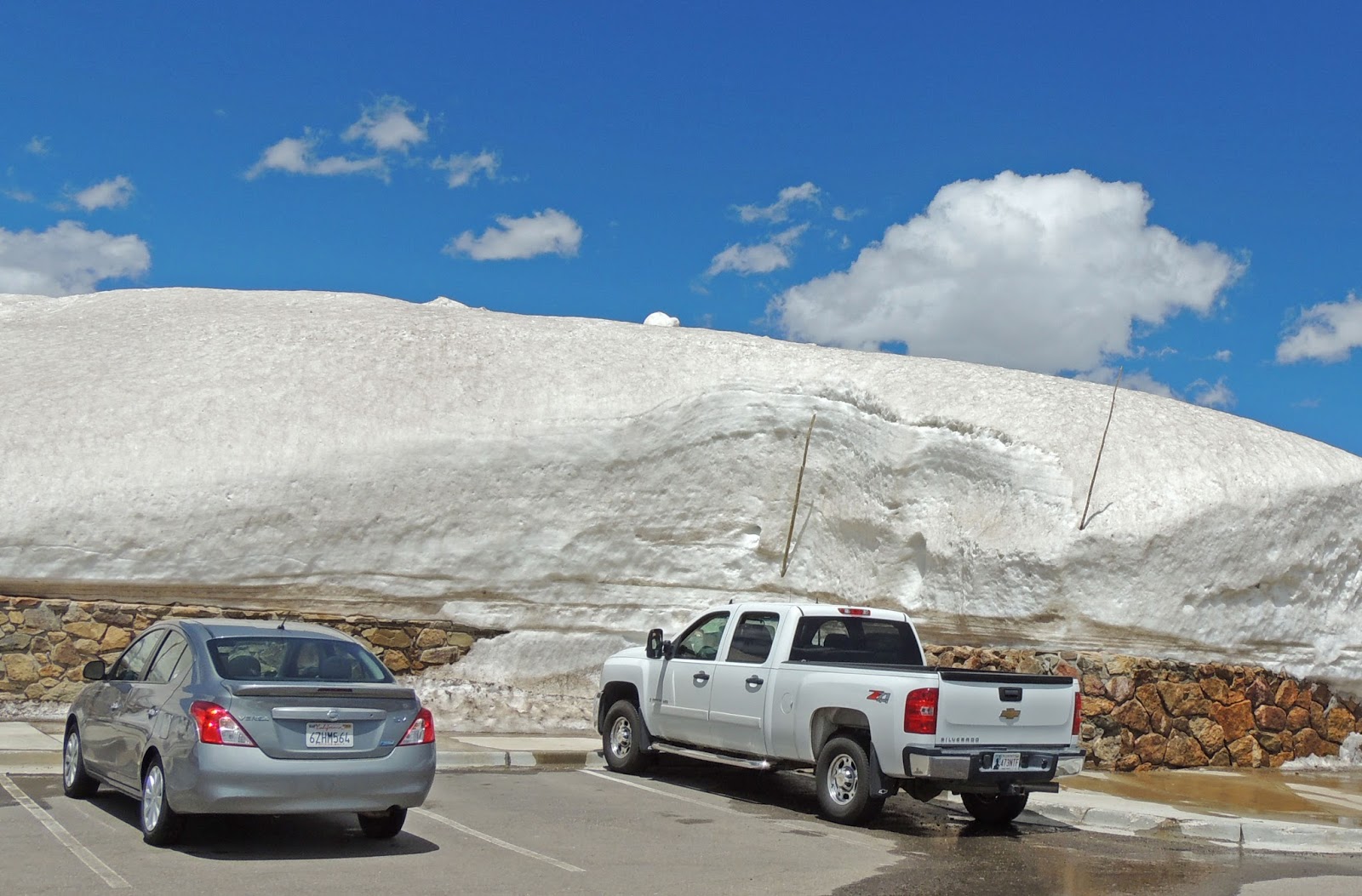 ...and as for that mountain air curing a fella... not this time.

Almost made it over the top. Almost... Made the mistake of feeling good enough to eat a light late breakfast back in Estes...big mistake... whatever this bug is... it don't like me consuming anything edible...

By the time we got to the top of Trail ridge that food had me so swole up I couldn't breathe... so rather than drop off the west side, just tucked my tail and ran for home...

Real slow days around here just now... nibble a bit and wait for the pain... seems if I nibble only tiny lil' bits... the bloating is sized to fit the groceries... Idea is to get my innards to get back to some sort of normal a bit at a time... so far... the only thing that's happening is time is passing.

Took three days to do two hours worth of mowing, making passes on rubber knees in between nibbles and groans... I'll tell you... I'm NOT good at this sick business...

Or this... being in one place... first time I've set in one camp for more than a couple weeks in four years! ~ I don't like it ~ I've been a gypsy nature my entire life. The past four years have shown me... that is where I've always belonged.

Goin' somewhere with my nose in the wind. Nowhere in particular... just goin' ... is where I belong.

Nursing my feeble self
Brian

I feel your pain, Brian. I've been "down" for 4 years...in Georgia, not Colorado!

Hope you're feeling up to snuff and ready to wander again, soon.