The shop finished up the truck just as promised. Picked it up Friday noon. So... Three steps forward and a couple back. Poor as we were in September... but now with a fresh transmission and clutch... which they said that clutch was about nineteen feet from coming apart itself. ;)

One lil' future warning that came out of it... there was some "Color" in the transfer case oil when they changed it. Such color generally means there's metal bits floating around in it... which means wear... so... I haven't yet run out of bits and parts to repair and replace. I don't believe you ever are.

You kinda have a choice... Huge dollars up front... to have a rig with enough fresh miles in it to keep you out of repair shops for a while (unless you get one of those occasional duds) ... or...

... no dollars in between repairs... either way a rig costs dollars. Kinda like living. There's no way to eat without working so wasting time grousing on it is just that. Wasted time. 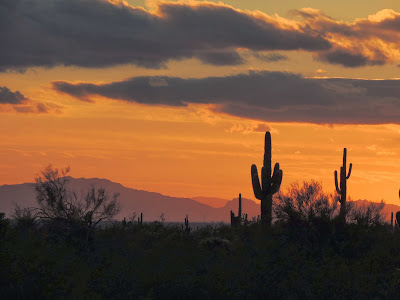 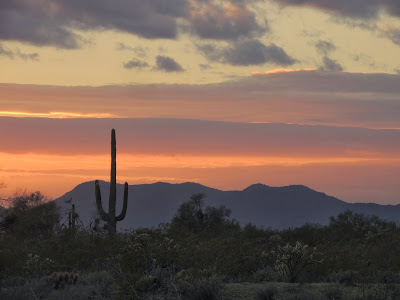 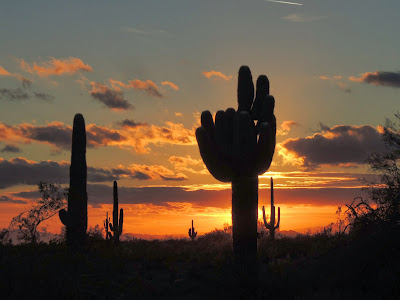 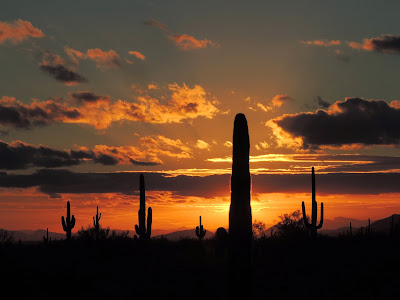 Now... for work I'm about halfway through a big leather project that I can't publish or the wrong person might could see it. ;) but between it and the previous small project it's bringin' my tooling back up to speed.

It's an odd thing... Maybe not. I've wandered a lot of miles. Clear to Alaska... and even places far beyond the shores of these United States. But, when it's all said and done when I think the word "Home"... Arizona Far Country is the picture that floats through my head. 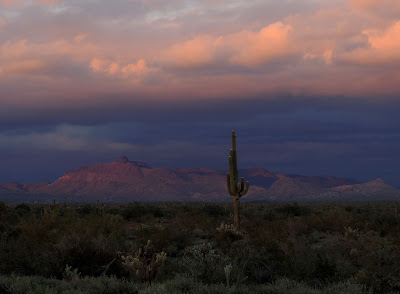 Home on the Range
Brian
Posted by Brian at 9:28 AM

Beautiful pictures, Brian. Glad you got that issue behind you. Maybe ol' Murphy moved on down the road to pester someone else for awhile. Hope so.

Seems like there's always something that needs fixing. Such is the RV life I guess. Thanks for keeping us updated. And, for the photos of the beautiful areas you camp.