Back to the Arizona Chaparral

Some people learn... some just keep on hammering their heads against the wall. Unfortunately for my head... I tend to be a hammerer.

I've worked for as long as I can remember, to "get along" with and understand the folks around. Not to agree but to simply understand.

But, the consequence of that effort is that the more I've smiled and nodded at their "stuff"... the more "stuff" they try to feed me. I've got my fill.

For most of the past two months, I've been deep in their "stuff" in town... or close by it. Once again my belly and my head has been filled up with duplicitous bull hooey.

Once more I have learned that there's places I belong... and places I don't... and the places I don't are always going to be filled with them that think they know and have greater right to decide... who and what I am... where I go and how I go there.

This... is where this child belongs...

I've quoted Hawkeye before... his quote of Chingachgook; They are a breed apart and make no sense ... reverberates in my mind. I don't know if it is they, or I, who are the breed apart... but... I can make no sense of them... and shall cease the futile effort to do so.

I watch their unfolding fate and know... from them I will keep. When they cry out from the deck of their "Titanic" ... the deck I have warned them was sinking and to step off of it, and was for my effort shouted down... I'll wave good bye and walk away. 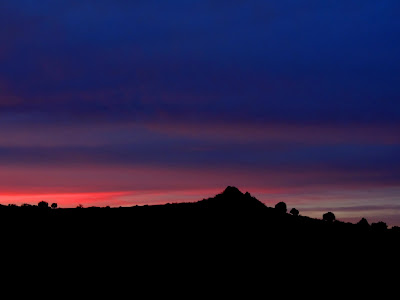 To the mountains, I can rest there.
To the rivers, I will be strong.
To the forests, I'll find peace there.
To the wild country, where I belong
-John Denver

Back in the country where I belong
Brian

Brian,
Being in the city...with all the noise..people stressed..always in a hurry..very little makes any sense. But...when you get AWAY and got wide open spaces and you can see ALL the stars in the sky..that's when life makes perfect sense. Glad you made it back to your "piece of heaven".

Hi Brian, glad to see you are back where you feel at home. I dislike the city, the 'stuff' you are talking about, too. But I will hopefully not rankle you too much that you include me in the ones you want to avoid. :) Hope to meet you in AZ somewhere, sometime...

Cindy; I can usually work around getting "rankled"... it's more the gagging that gets in my way ;)

Cindy; I can usually work around getting "rankled"... it's more the gagging that gets in my way ;)