An Overdose of Wild Iris? and an Unexpected Epiphany of Sorts.

Riding back from Bodie the other day we spotted a few Wild Iris blooming along the roadside. They'd grown in a place with no wide spots, so I didn't stop. But Irises are Heidi's favorite flower, especially the wild sort.

Back down on the Owens River road, a month ago, we'd seen quite a wide area of Wild Iris coming up. Being that it's a bit lower down there, we thought it was time to check it out for the spring bloom...


So it was back into the Owens River Valley for us...

A western wind was pushing the old Dodge around. When something near 9,000 lbs of steel gets bumped around on the road you know it's blowin'! But I still got some nice photographs of the Iris blossoms. 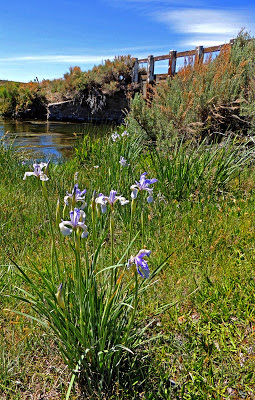 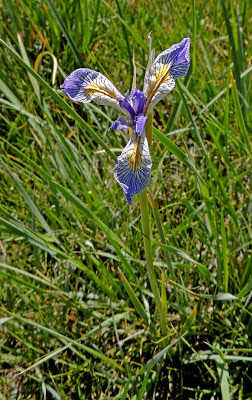 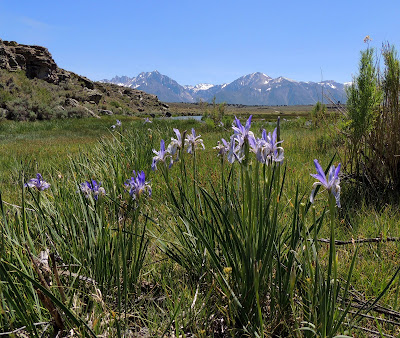 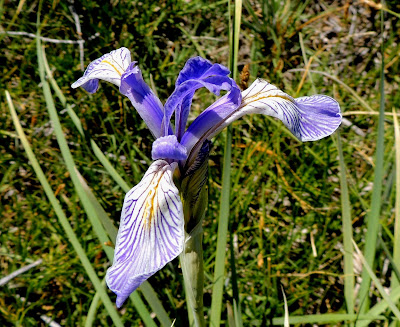 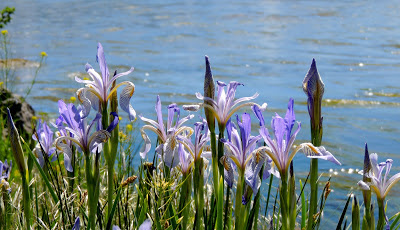 Makes a guy kinda wish he could be back in town selling plumbing parts don't it? ... NOT!

I'd plans to do other things today... but... pshaw... That's the beauty of the life we're building... We go where the moment takes us, not worrying 'bout fitting to a schedule or a plan. We follow our hearts and our intuition these days, within reason and the physical limitations of budget of course. ;)

Mark wrote some about the "Stages" or chapters of life... and a book about that 25 years after 50...

If I'm getting any of the message that's in that book (third hand to boot)... I can't but think; "Too Little - Too Late".

By the time you've ticked off 50 summers, you're so set in your ways, and so locked down by the ingrained fears and "what ifs", the likelihood of you changing the things you've been doin' wrong for half a damn century, exists somewhere 'tween not likely and ain't gonna happen. The emotional inertia created by the fear and stagnation drilled into you by the system has become so much a part of you that it's insurmountable by most.

Living in there is my only regret with this blog and my writing... So far... I feel like I've failed to find a way to reach those who need a better vision... the young people... 'tween 18 and 30... the ones that have a hope of living their lives to a different vision than what was drummed into... and crippled so many of us.

I'm preaching to the choir most of the time, I realize that.  I also know that isn't a bad thing. The choir needs moral support for their ambitions and dreams too... but, if a guy is going to truly change the basic way of things... or contribute to that change... he has to find a way to communicate with those who aren't yet SET in their thinking and ways.

He has to find a way to present a different philosophy for living to young people.

The young, among other things are taught to pursue a "productive career". It's that current "career" mentality that is the strongest anchor holding people back.

Careers? To me that's only the fancy name and religious dogma attached to the con to make it marketable. Let's face it... what is the "career" they are selling? answer; The way to stack up a bunch of green paper we pretend has value, so that you can "enjoy your golden years" in comfort. That's the false promise so many bought in to.

In the last ten years and more; How many have you seen have the fruits of their lifetime of slaving for the man in a "Career", STOLEN... by the man? The truth of that False promise should be clear to those with eyes to see it.

Those 18-30 newbies on this trail of life should pursue a different career... one that yields them a set of skills, polished "Talents" and a mindset that is THEIRS. Develop a set of diverse, portable skills that produce the needs of their subsistence where and as it is needed... so that they can LIVE a life of adventure, passion, risk and FREEDOM...

To be consumed In their Golden Years... Which are NOT those after 50...

The GOLDEN YEARS, are those from the age of Maturity on... each and every one of 'em. I say, don't waste 'em wearing out some buggers treadmill on some phony "Career"... Don't wait until old age to LIVE... too many never get there. The ONLY benefit of that thinking is collected by the ones selling that philosophy.

***just to say it... I've not yet gotten to where ~ I ~ feel like I've overcome that fear and emotional inertia. I have to deliberately confront it every day. I was well trained. I'm preaching as much to myself here as anybody.***

Nope... learn to overcome your fears and stagnation when you're 18, while you're still willing and able to learn. Wait until you're 50... and the % of those who actually succeed in overcoming that nagging feeling of loss and waste they've endured, for thirty years and more, is so small it could be labeled an aberration.

Yeah... another rant... I just wish I could find the way to communicate to younger folks... to open a few more eyes before THEIR thirty years are lost.

I know I'm running against the wind. The loudest who will curse my name are those who have invested so much of their essence in the blind alley of a career they can't tolerate admitting it got them nowhere... or admit to that unceasing gnawing in their guts for the last many years. That "something is missing" sensation; that; "Is this all there is?" un answered question...

They'll accuse me of making personal insults against their effort and sacrifice. That is not my intent or thinking. If that's how you perceive my words and goals its a demonstration of the wide void between our philosophies. "If I have to explain it to you... you won't understand me".

Swing away. I've been called names before... I can't hear you. I speak not to those who won't listen... but to those who are seeking that missing bit. Maybe, in my search I have found a clue or two... to where the trail lays. 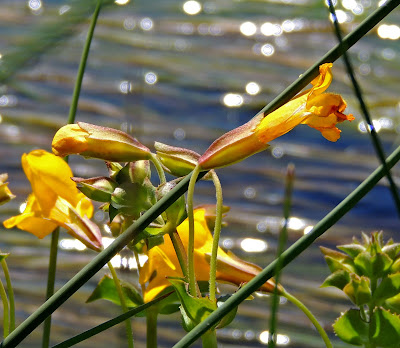 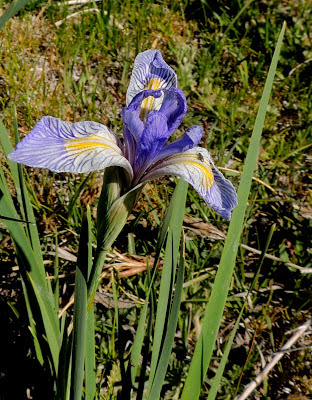 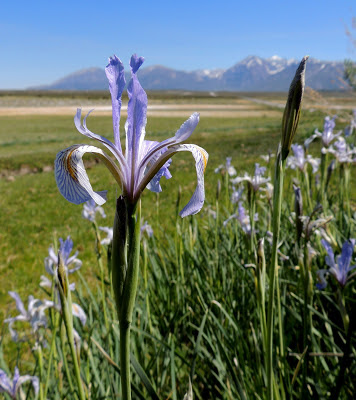 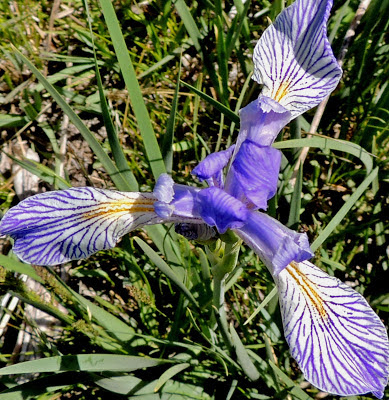 I took these next two pictures and I couldn't help but see the striking symbolism flying above me...

The cattle pursuing their "career" of harvesting grass... only to be ultimately used, without any choice or option of their own, to the advantage of the owner of the "treadmill."  ... because...  "That's the way it's always been." 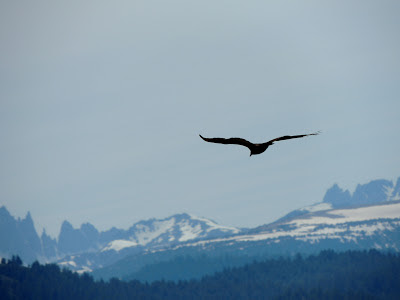 ... and the individual... soaring off on his own string. Free as a bird... pursuing his/her own dreams, ambitions and passions; Constrained ONLY by the consequences and rewards of his/her own decisions. Carried on and overcoming all obstacles by the power of their courage, intellect, determination, ingenuity and PASSION.

A "career" ~  of the mindless "selling of plumbing parts" in pursuit of some imagined future "payoff"... or ... a "career" that is one of Living a Daily Payoff... of adventure, passion, learning and epiphanies...  throughout life?