Sometimes... The Past is Not a Bad Future...

We did that dog trial in Laramie last week. That got herself the last of what she needed to qualify to compete in the national competition in Denver at the end of the month... while I calmed down and got the spring shackle on the 5er repaired.

That's Good for her... while leaving my pack mule kinda sore footed...

The last bit of this summer of hangin' close to the Colorado mountains, there's grown a hunger inside me. An urge to refresh my sight of old and treasured places. I s'pose that it comes from not havin' it... you hunger for what's out of reach; but my mind has wandered back to having a hunger for those Oregon and Washington beaches... memories of strolling through weathered coastal villages with the scent of that Ocean air coming off the sea. 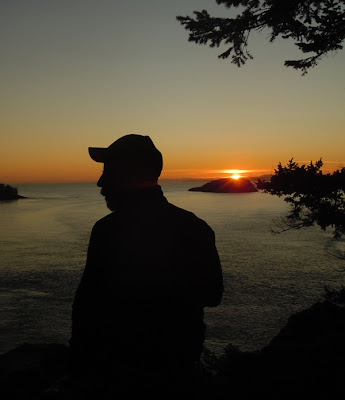 This desert kid truly admires that country... at least when it's not rainin' 24/7 for three weeks. ;) 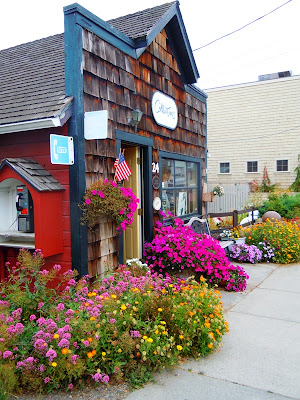 The upstart of it is... we need to be in Phoenix to work the races the first week or so of November. It's always taken us a couple of months to cover that trail in the past, at the rate we wander. Makin' that circle twixt the 1st of October and the first few days of November would be a push that'd eat up a lot of diesel dollars in one month... bummer... 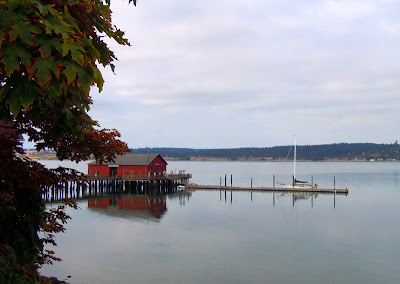 Might could be I'll have to let that hunger grow all winter and make our spring roll up the coast instead of up along the divide. But You know me... The more ya'll tell me I can't... the more I tend toward; "Oh Yeah? You might want to take a hold of somethin'... things are 'bout to get kinda bumpy!" :)

A thing that is proddin' my urge for the Healing Power of Sweet Horizons through the windshield as well; Not to mention the joy of my knees in the wind on that Glorious Yamaha; is the world I see when I make the mistake of peekin' out into the haze of the future.

Off on the horizon float ominous dark clouds. I can see the jagged flashes of lightning and hear the dull rumble of thunder. It leaves me knowing with the certainty of experience, that a storm is brewing.

Looking up close I see the squabbling, moronic, pea brains that have stood up claiming to be the shining Saviors that will pull our collective bacon out of the pan.

Watching this keystone cops charade is kind of like seeing the smoke pouring out of a  burning apartment building and two fire trucks pull up. Raggedy old, dented, crippled rigs with fenders hanging loose and flapping in the wind.  The paint is faded and worn through showing rusty, rotting, metal underneath. The cracked windshields and broken tail light lenses add to the vision of decay.

Out of the rigs climb two firemen, very, very slowly. Crippled by syphilis and liver failure from too much Jim Beam, they set their walkers on the ground and hobble in a direction away from the fire... peering around blindly through coke bottle glasses and flailing at each other with their walkers and colostomy bags, howling: "I'm the one Not You! I'm the one that'll save us all!"

Frayed fire hoses leaking through multiple holes lend a great amount of confidence in their ability to extinguish the flames.

... as they get farther and farther from the problem as the fire engulfs the house.

... and through the smoke you can just make out a scratched and weathered old dodge pulling an equally worn old 5er... with a Shiny Red Motorcycle gleaming on the back of the truck... rolling away toward the Shining Mountains and far country... while the driver's head shakes as he mumbles... "Lord have mercy on the poor misguided souls depending on those idiots..."

Torn by what I see in my memories of the horizons behind me... and what I see looming ahead... what I have no power to do a gol dang thing about... I lean Hard toward turning back toward that which filled my heart... and let the chips fall where they may, in the coming storm. 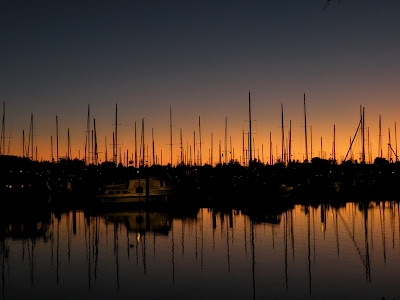 There's town friends that have asked us to share a camp with 'em over the Labor Day weekend. It's been suggested that we roll on back to that last camp we had on Rabbit Ears. I've grown to the point where "Old" good is as good as "New" good. :) So it looks like Heidi and I will roll that way, maybe Tuesday, to try and capture a good spot for us all... before the holiday rush fills the woods later in the week.

Also looks like we'll do some ziggin' and zaggin' for the last of this summer. I'm thinkin' hard on trying to get back to Laramie after the weekend and ask Ol' Pete to just go ahead and zip up the other three corners as well... makes no sense to hunt up another welder with the proven one sitting right there. I'd have done it all right then had the "budget" allowed... see how the budget fairs the next week or so...

Onliest thing I can think to do over the coming months is take myself to places where a man can just be. Where he can fill his eyes and his heart with healing visions. Push the decay of those things he can't change clear out of his world with so many sights of strong and beautiful and pure; that there's no room for the parasitic, crippled wannabe's to darken his thoughts.

Funny, I'm missing Washington myself. Not sure when I'll get back to it, but I definitely need to. I want to get back to finish the circle, and then I'll be ready to step off to the new adventure, whatever it is.

well, we now are flying to San Francisco as the daughter and family have moved to Santa Rosa, CA north of San Francisco. This being in the service and pulling up stakes every 2-3 years is a bummer. Especially as they have my Granddaughter. LOL Will be going back in March of next yeark, any chance of you doing the coast around that time, we might could meet again like we did in Missoula. Be safe . Enjoying the lastest edition of your writing skills. Keep them coming.

Paula; I got so many circles to finish the map of it looks like a kids scribbles! :)

Sharlotte; You never know... thinking of going that way in the spring... but with our grandkids in Denver, that might be a tough argument to win! ;)

Joel; I'd consider it... but I don't know what/where it is. Send me a link to it via the contact page.