Outside of a few lil' bits to finish up the Wedding Album is Complete, so, we've pretty much decided to just load up and go if we're goin'.

Gonna leave this camp to the next boondocker... 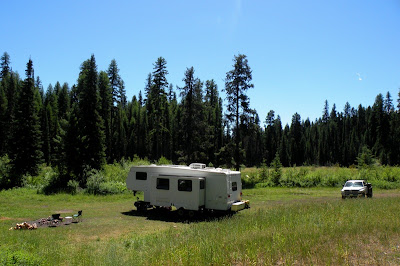 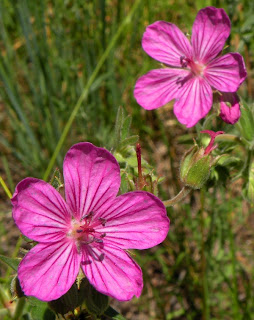 Burn all the firewood...

Run down all the grass...

Or, Spray so much OFF, Cutter, and citronella...

That they disrupt the Hedonistic Romantic Desires of the Dragon Flies... 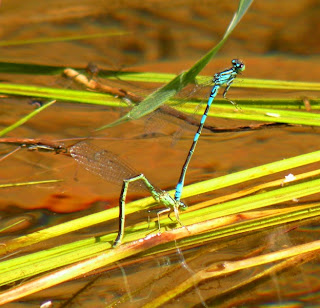 It makes sense I'm guessin'... If we're gonna run 900 miles and more for the wedding, might as well take a few more days to visit the kids.

So, either tomorrow morning, or afternoon, or Tuesday morning we'll pull out.

Sounds kinda like I'm not really sure when we're leavin' don't it? Uh... that's 'cause... I don't! :) When I look back and see Seeley Lake and NO TRAILER in my rear view mirror... I'll know we've left.

The Eagle will be staying secured in a storage lot in Montana while we make the run. I couldn't see draggin' it all the way to Colorado and then right back this way. Not to mention the difference between 11+ miles per gallon and 'bout 18!

It's our intention... My Intention? To run back Northwest for the end of summer. Maybe... as far as the furthest reaches of the Olympic Peninsula. As always, won't know until I look back and see what happened. :)

So... today, fit in around some sort of art fair a bit North of us and locking up those last lil' album bits, we'll be loading the Bike and getting the rig packed up to move, as well as packing what we'll need for the trip.

Looking at the weather report last night, I can't say we're exicted 'bout running headlong into the hot summer they seem to be havin' down on the Front Range. Outside of one or two days... it's been cool and sweet for us... for weeks! Cool enough to stir this Ol' tightwad Buster to tickle the furnace, and burn propane of a morning to warm his kiester while he has his morning coffee.

Yeah... doin' my part to help global warming along, exercisin' my furnace in July! :) But not to worry... Ol' AL won't say much... as he's payin' his muliti-thousand dollar monthly utility bill to heat and cool his multi-thousand square foot mansion, for him and his wife...

hmmm... that's pretty much the definition of hypocrisy ain't it? Tell everyone else they got to quit bein' so wasteful, cut back and do without... while he and his use up the resources that could put maybe 45 or so other families on easy street... The pompous arrogance of politicians is sorta Curious ain't it?

But then... all the high roads in these mountains, not gettin' opened this year for maybe a month and sometimes two, past the usual take-down-the-gates and roll dates... 'cause of the deep and heavy snows... sure supports the claim that things are warmin' up... don't it? :)

Actually, sounds more to this Ol' drifter like one more of the Chicken Little scenarios, where, "The Sky is Falling", in an Imminent Crisis, that we need to take care of Right Now!

The same old, fabricated bull feces, that political Leaders have used since the beginning of politics, to stampede, unthinking, scared Sheeple into doin' what the politico parasites want 'em to do... which is... wait for it... Give Them, the Politicians, ever more power... to impose their misunderstanding of the world around them, On everyone.

Uh huh... and those warming temps are causing deeper, colder, longer winters... Uh ... Didn't they talk 'bout "Double Speak" in "1984"? or, was that "Animal Farm"? Hell, either one is a pretty good description of a modern Politician...

So... knowing that there ain't nobody smart enough to understand the weather, much beyond lookin' out the window to see if it's raining, I'll fire up my Ol' rumblin' Dodge and roll it to Denver. 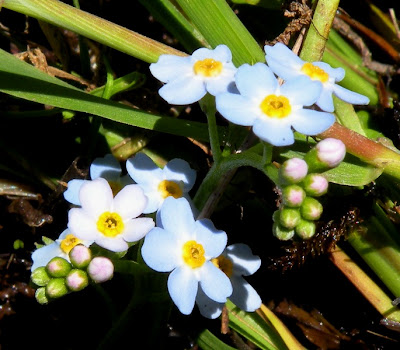 ... While the parasites and scavengers argue back in D.C. 'bout which Hog at the Trough gets run off and has to get out and pay their own way... 'cause the Free Feed truck has run dry... and, How much it's gonna cost, US.

Just a Man, Free on the Earth... Living and Breathing
Brian

Return to the main site of goin' RV Boondocking or Visit my Sister website Motorcycle Touring on Freedom Road
Posted by Brian at 9:56 AM

Hey, if you happen to be in the Sequim/Port Angelus (sp) area the last week of August thru a few days past Labor Day perhaps we can meet up for a short visit. We'll be at the "Diamond Point" KM Resorts RV park for 2 weeks beginning Aug. 24 after a ferry trip across the sound from the Blaine area. On our first Thursday (8/25) or the next Wed/Thur we'll be heading south past Hood Canal towards Elma for a mail trip (and to visit the newest grandson).

At this time we don't boondock but sure would like to.

Tom; The "plan" is to be up that a way 'bout that time... and Sequim/Port Angeles and Port Townsend is some of our favorite country up there :)