From Sunrise to Sunset... Fill the Day

Monte Walsh on the stereo, coffee in the cup... Mr. Heater is warming me...and another flashy sunrise is cracking over the Chiricahuas...

Now that Mr. Heater. Has its pluses and its hassles. The lil thing can be moved to where ever you want heat so that's a plus. The only real hassle is fueling it. Let's face it, $5.67 for a pair of lil' bottles that only last maybe five hours each on low gets pricey quick.

There is a solution for that. You get the lil adapter gizmo to refill the throw-away bottles. That way you're burning the $1.60 propane from the Co-op, 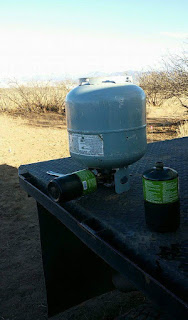 Only problem there is, and this is the only real hassle...

Refilling actually only partially refills those bottles. They just won't get as much gas as they had when store bought.

So they're only good for maybe two hours. But that's two hours of a lot cheaper gas... I just need to buy some more of the pricey ones, so I have more "refilled".

Two hours in the evening on one bottle and two in the morning on the other just ain't sufficient.


Was walking back to the Lakota after feeding last night. Looked up into the fading pale blue eastern sky... it was just before sunset...There it was hanging over the Chiricahuas. 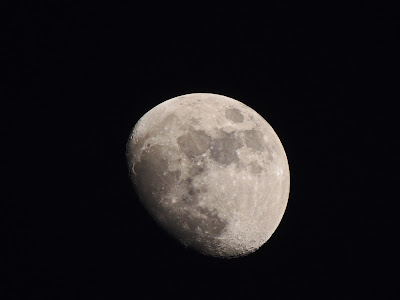 You know, the camera only wanted to capture a bright white flash... Buuuuut... if you bump those settings to underexpose it a ways... it kills all that glare and you can capture a pretty cool image...  you'd think it was the dark of night with that exposure dropped. Actually the sky was a very soft, almost purple by that time... It lets you catch the detail pretty fine though.

Them ponies are doing me pretty good. Three days now I finally got to work them like I'd planned to be doing back in the early part of November. The tribulations of equipment, horses and finances shot that plan to ribbons. It took till just those few days ago to complete the pen I required to work these horses proper.

Now, with that pen up and the sun mostly smilin' on me... we've had three solid workouts the past three days and three days of solid, seeable gains. 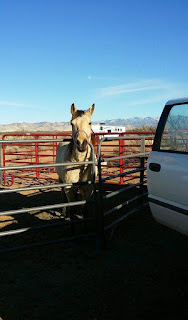 That feeling, I wish I could shape it into words. When loneliness is weighing heavy on a solo cowboy... and the day seems dark and grey...

It lifts his spirit in ways he can't speak... when his horses come straight to the fence to whicker a hello ever' time he comes around.

They say that Horses don't have, can't have the same emotions as the two legged varmints that plague the earth.

And I hope that's true. This old chunk of rock hasn't benefited that I can see from that infection... 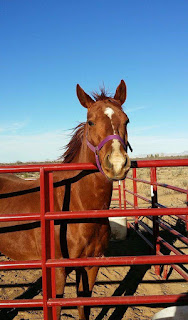 Now, how-some-ever... There is nothing more beautiful and pure... than the spirit of a horse.

Nothing more glorious than a herd of horses racing across the high desert.

Whatever those emotions are that Cora and CJ are giving me, I'll take 'em... and count myself fortunate to have had the lil' bit of wisdom left that it took to bring them back into my world.

I've come close to getting started on some leather books. Working out some "ideas" on things I've never done before. I'm needful of not only bringing the Horses "Home" but... some other things that got left back as well. The horses re-awakened that want too.

With whatever time is left... I need to be doing those things that FIRST, grant an inner satisfaction...

Think of the scene in Lonesome Dove where Gus was sitting with a jug, alone on the porch; He looked around and saw Call working with the Hell Bitch. Some of the boys were digging a well... another shoeing a horse. The sun was setting. Gus looked around at it all and with a smile on his face nodded to himself... A bit of that inner satisfaction. He felt like he was where he belonged and it was good.

...and only then, after your soul has been fed, when that inner hunger is satisfied... think about how or if that "thing" you work at can maybe help pay the Mordida that a modern cancerous soh-sigh-uh-tee demands for permission to live. 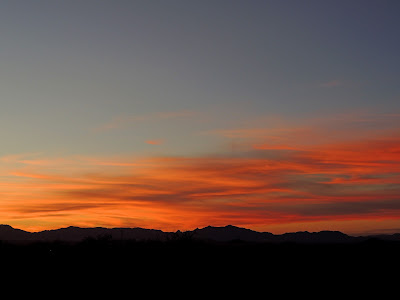 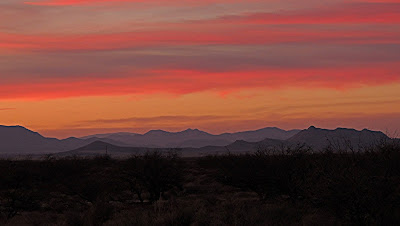 The sunsets around here... there's a real danger of the repetition of such things becoming "Oh... just another sunset..." I have to deliberately remember Gus's words all the time... "you have to learn to take pleasure in All the little things..." 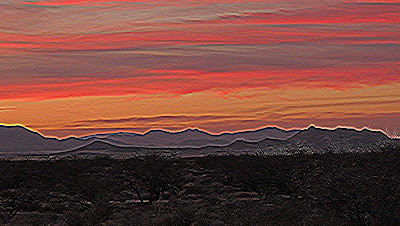 Playing with some things... makes it look like a chalk drawing don't it? :)

Find the little things to fill a day with creativity... When you've fed that need...THEN think about making bread...

Hook mr heater to your bbq grill tank and it will go 10 days. I'd get the filter also.

You probably know this, but put your empty bottles in the freezer and set the propane tank in the sun for a couple hours. The warmer the propane tank, and the colder the bottles, the more they will fill. I've weighed some I refilled, and they were right there with new bottles.

Yeah, what Happy Campers said… we put the five gallon propane tank outdoors, drilled a "pluggable" hole to snake a long hose through to Mr Buddy. We can move it front to back as needed. Lasts us 10 days in cold weather.
Box Canyon Mark

Be sure and use a filter. I got my last one at an Ace Hardware.

Awesome sunset photos! Glad the horses re starting to work out too.

John and Aileen on the road said...

You can buy a hose and an adapter to hook up to a large tank. I just drilled a small hole in the floor and have lots of length inside to move the heater where needed.

Been considering the hose setup guys, makes all sorts of sense - just hesitant to drill more holes in the floor until I know for sure where I might want it. Even considering doing a more elaborate "Quick disconnect install"... actually, once I get in the routine, the small bottles are fairly convenient w/o having a hose to trip over in the tight quarters... or tempt that bat shit crazy dog to chew on! ;) and Jerry C, I DID know that but forgot clean about it till you reminded me. Thanks, it actually adds considerable run time.

Merry Christmas Mr. Gore! Been at the In-law's ranch in western Nebraska. Spent a couple hours busting through snow drifts to check on water wells and tanks and brushing the snow off solar panels for the pumps.

Beautiful sunrise and sunset! The quality on your pictures are gorgeous. Thanks for the post!
"Max