Like a few before me, I saw the fallacy of the story I've been sold my whole life... and stepped off that "treadmill" some little while ago...

The thing is... sometimes when you're pulling weeds... you get carried away and yank up some of the good flowers in the process. It may take some time... but eventually you come to realize that they're missing... they leave a void inside that gnaws at you.

So... Haven't moved so much this winter. Been pondering that a lot. Where I've been and where I'm goin'.

Came to a decision a while back. I'd recognized that the discomfortable feeling I had was the missing of something that is truly a part of me... Horses, and my leather... and I wanted those things back.

So... the first thing to do was put the bike up for sale... well that worked not at all. Been for sale for more than two months... and not a call... not a looker... not one... never before experienced such a difficulty selling anything... well... except for one dang house...

Then, you'd think Arizona would be a likely spot for such a simple camp... lots of room... right? Well... you'd think wrong. It seems that Arizona has changed a lot in the last thirty years.

The biggest issue is... even if  you find a likely spot... a piece of dirt that you believe you could afford... and a nice spot to carve out a decent little camp out on the back side of beyond...

...In a lot of the counties of Arizona there's now a fine that has to be paid... apparently for being alive. Yup, before you can even pay the hundreds of dollars for even the first permit to put in a septic system you have to pay their fine that only gives you permission to apply for any other permits.

You get tired of having the kings men come by and prod you along because you dared stop on the kings land for too long. And mostly the issue is if you're parked on open ground, nobody is making a profit off of you (Open ground being defined as that land that Nobody Owns) so they kick you down the road hoping you get tripped into being profitable to the King.

Now, to deal with that you start to reconsider buying a piece of dirt so you can shut your engine off for as long as you please without being hassled by some bureaucrat that thinks soh-sigh-uh-tee (The King) owns every bit of the earth and everyone in it.

... Only to find that there's even higher "Fines" to be paid... to simply exist on your own land. Hell, they Fine you now, $3200 just for being. Yup... Thirty two hundred bucks. I call it a fine... they call it an "Impact Fee" or a "Road improvement Fee"... that you have to pay up front before you can do anything. You get Nada for it. It disappears into another government black hole... and only then can you apply for and pay the hundreds of dollars for the permission of the king to put in a septic system... or even a well... nothing happens until the fine is paid.

A few hundred miles south of here they've another name for it... and ever'body here is aghast that such things go on there... Yup, the "Law" in Mexico... in one form or another collects its Mordida before you can do anything...

You call it Impact Fee... I call it Mordida... the reality is the same... Politicians, Bureaucrats, "Law"... be they American, Mexican, Syrian... all of 'em... are filth that pollute the air we breathe.

... The storm came and went. Left some snow up on the high peaks and deep soft mud in the bottom... I get a new windshield today to replace the too badly cracked to continue glass... annnnnd pick up a propane bottle from being revalved... and then I'll move camp again... gotta stay ahead of the kings men...

... I continue hunting for a buyer for my bike... and a place where a poor boy can set up a decent camp... where I can live with my horses again... and carve some leather... and live without the kings thugs. 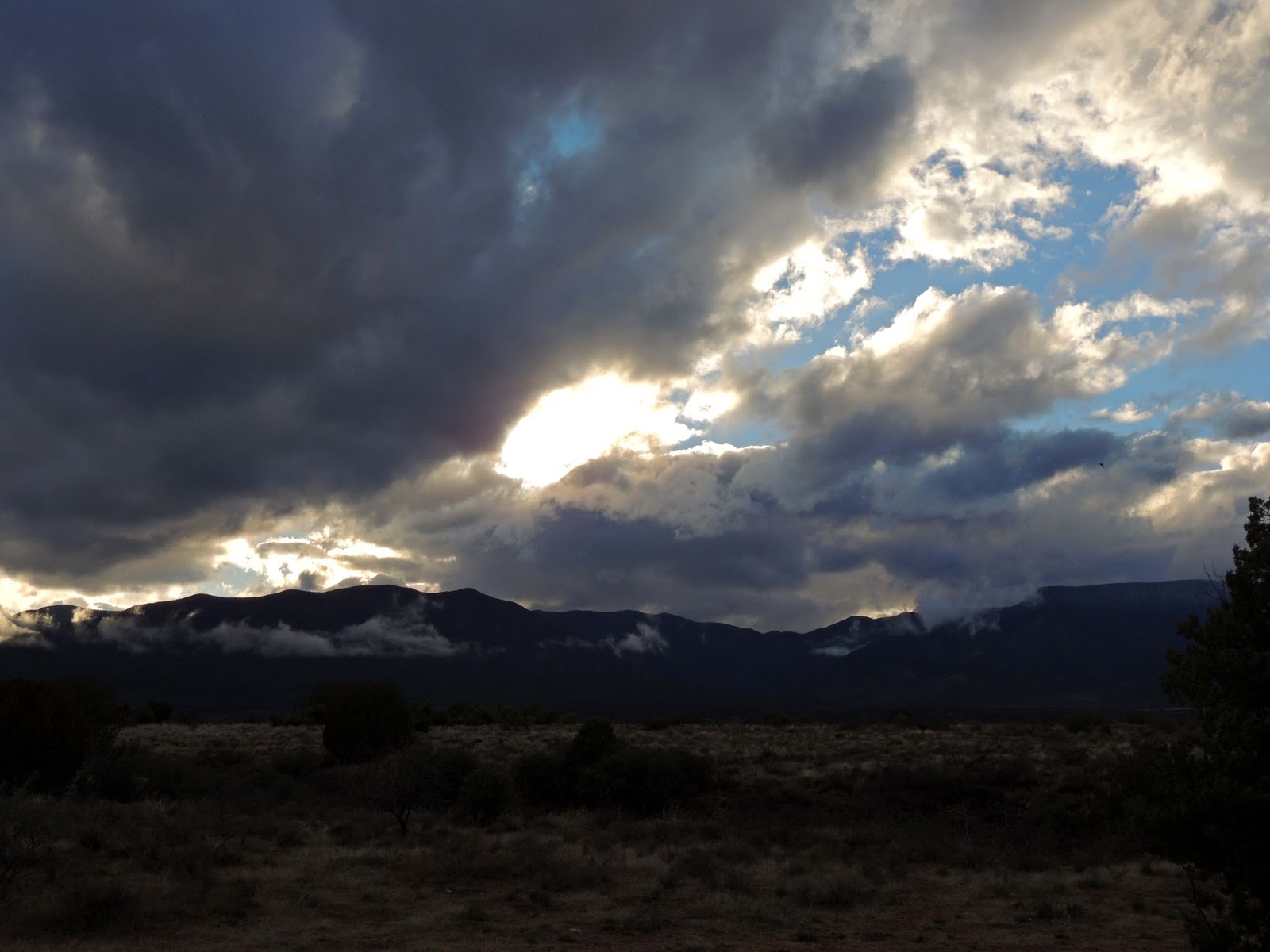 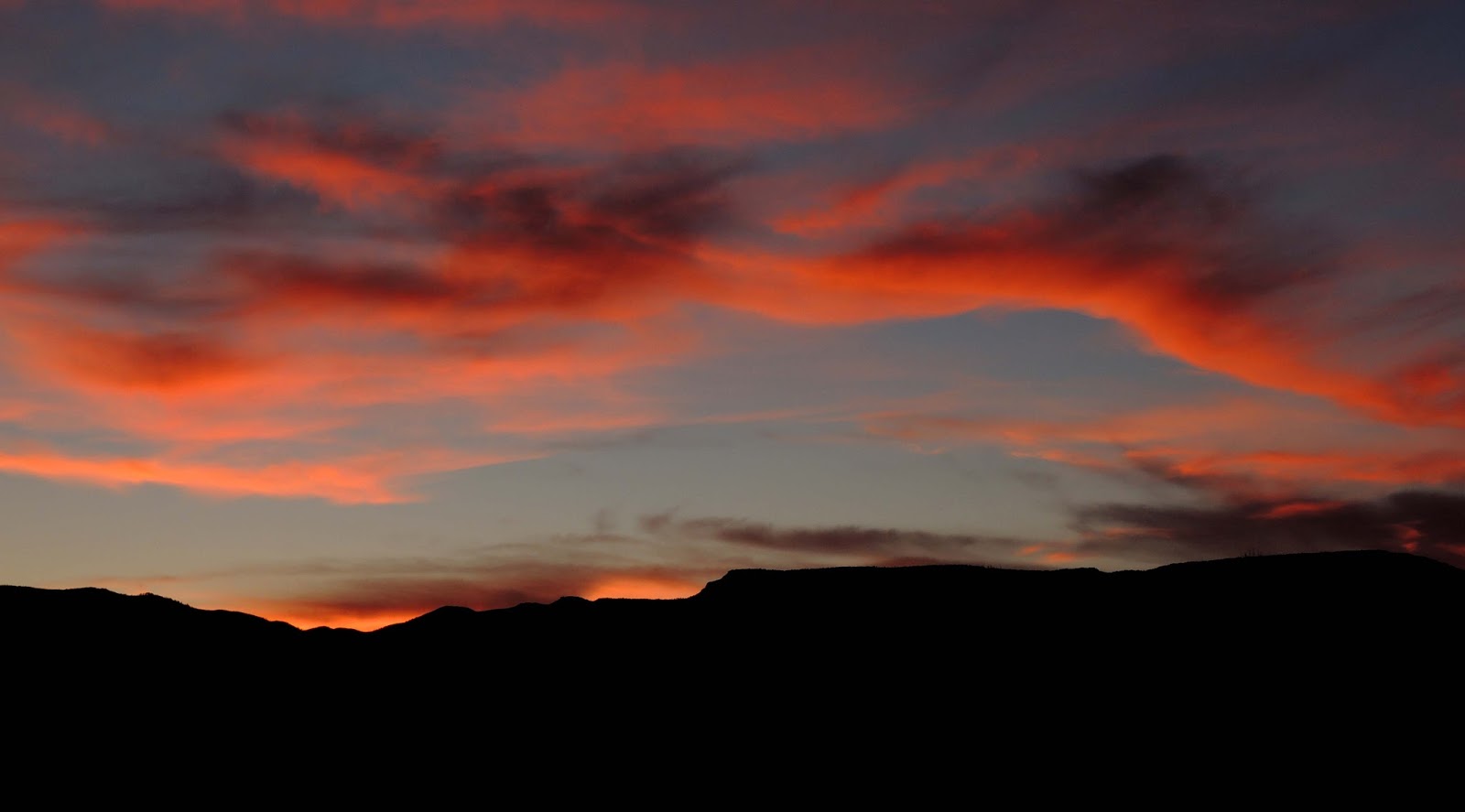 Surely the bike will sell when the weather warms up and the road starts calling to people. Are the fees and permits any better in New Mexico?

Brian, you can thank Wickenburg Ranch the fancy new subdivision going in between Congress and Wickenburg for the Yavapai county rip off "impact" fee. Lot owners here in North Ranch are grumbling about that new fee, too--it is charged if the lot owner wants to initiate any new permanent improvements on their lots. GRRR

Maybe look into Brewster County, TX. Not as hospitable land as Wickenburg, but if I recall correctly, there are some horse ranches there. It's not for the faint of heart. Worth a visit?

I should have added the reason for my suggestion. No zoning laws of any kind. Build what you want. As far as I know.

In your remodel section you referred to wind power. I couldn't see anything else. Did I miss it? Did you have any luck?

Janna and Mike... Maricopa keeps it near as I can tell to inside "city limits" not out in the county... but... then... Maricopa is also idk, maybe 3 million people? ugh...

yup fees fees fees, keeps getting worse. I did see some open space going for cheap east of El Paso, Tx . A person may find some peace and solitude there.