Back in My Arizona Home...

Made the return run from Denver through some snow and ice across southern Colorado and north New Mexico. While it was an uneventful drive... it was not without its sights.

The ability of drivers in those areas has not changed in as long as I can remember. They should all still have driving limitations placed on them. As in; "NO DRIVING between the hours of six seconds past midnight and midnight."

My experience has taught me that those cars fight to NOT run off the road. To put one in the ditch you must exercise significant and deliberate foolishness.

To allow such drivers out on blustery and stormy nights, as anything other than passengers on a bus is to wager against fate.

The trip ended with the loss, after 16 years, of our good friend Lily. She was struck with cancer two years ago. A surgery then gave her two more good years. It was as if she waited for me to return this one last time. Over the holiday she faded suddenly and quickly.


Our Tears Flowed a River


Now she wanders where the sun always shines the pastures are always green and the trails are all soft and grassy. Hopefully... she'll be there waiting for us with Brandy and Jed. Kodi and Brush. Georgie and Chei... Sonny and Easy...

So many voids cut into a heart. I wonder how many a man can endure?

Dogs and Horses... the spirits that could teach men to live... if they'd only listen.

I'm back in my camp on the Tonto now. Working again to finish my book. Each morning I try and take a short walk to get my head fresh and get the blood pumping. This morning a great beauty waited in the trees above the lake... 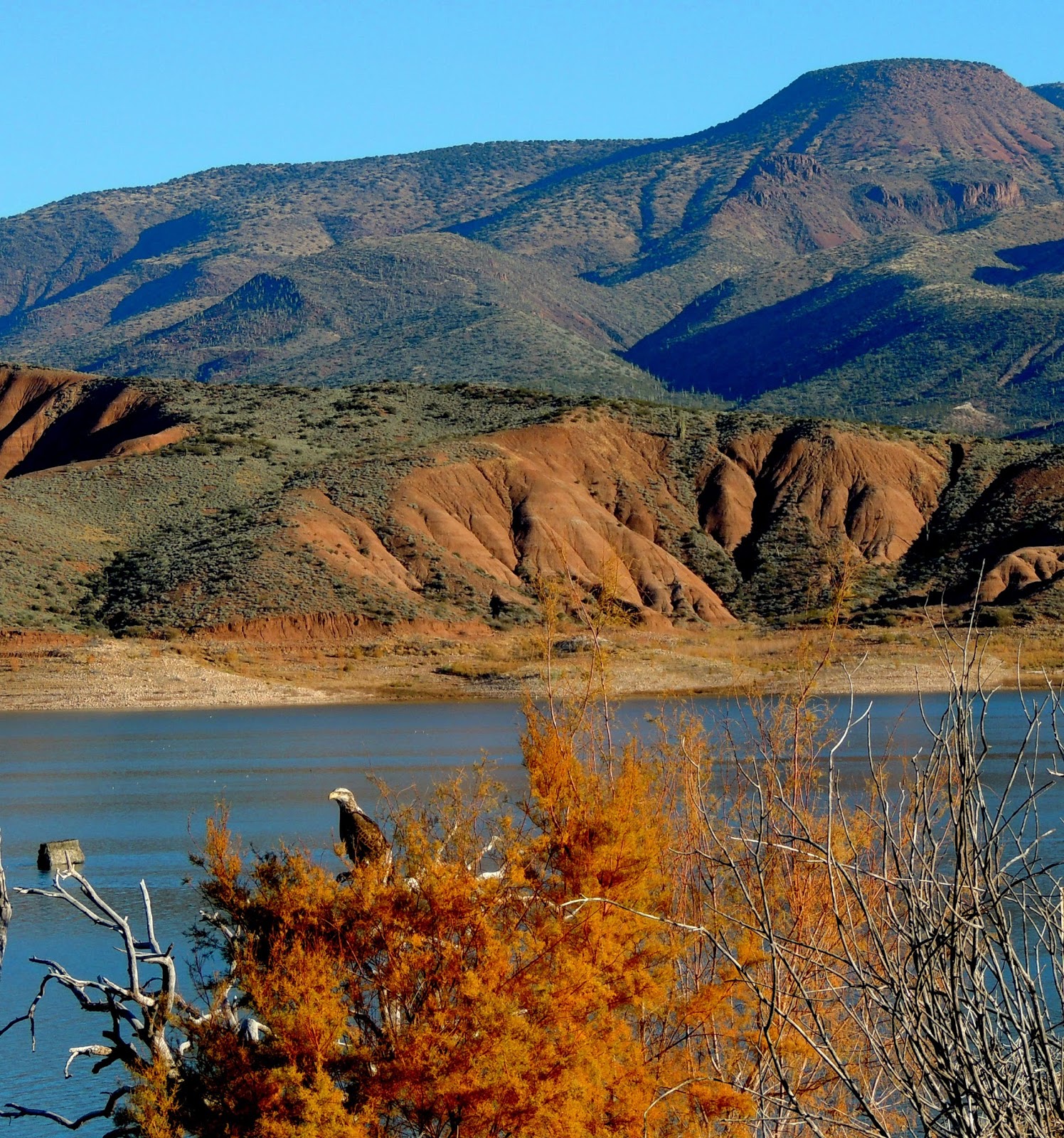 A young Eagle warming in the sunshine. 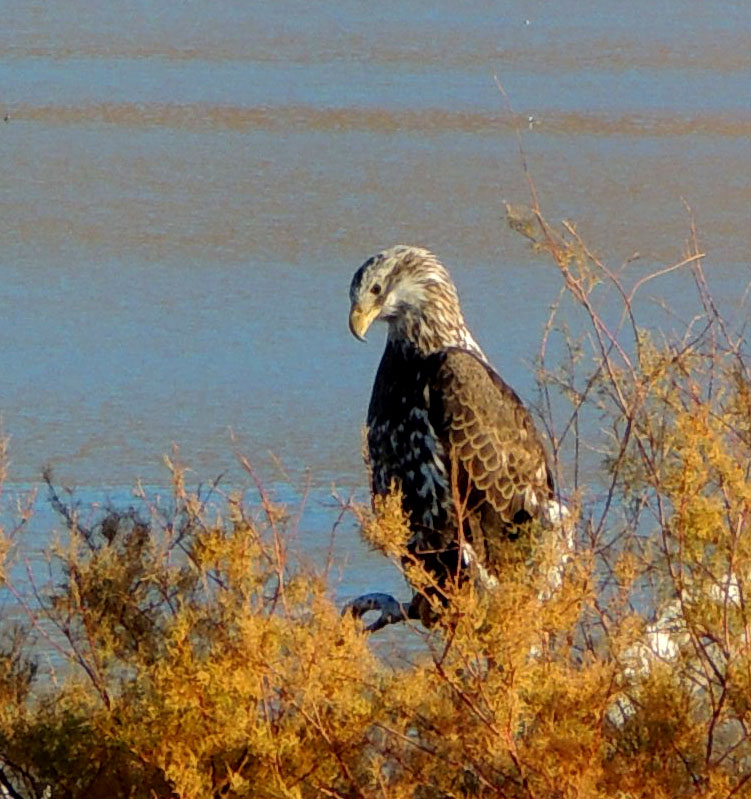 I've often wondered what thoughts pass through the minds of animals. I am without any doubts that it is far more than most give credit. I suspect that if we could see... we would see a life of Honesty, without the imagined superiority that men speak of. The absence of games and deception.

The simple acceptance of life and death as halves of reality... and the even simpler grasping of every breath and moment that they exist. 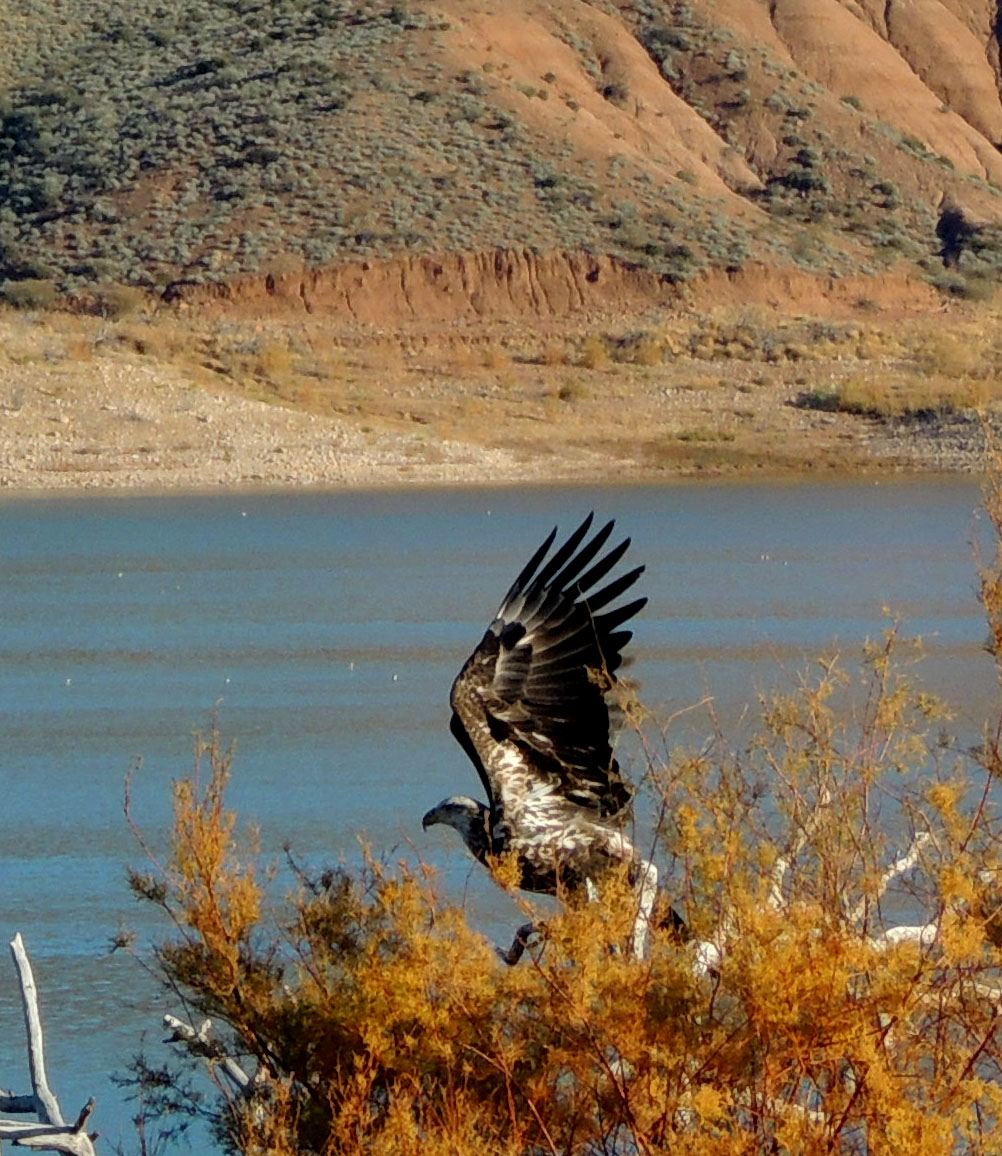 To live without the burdens and entrapments of the games of others. To simply breathe and live and die without the beatings of soh-sigh-uh-tee's agendas and machinations... what a joy life can be... if you throw down the useless trappings of human ego. 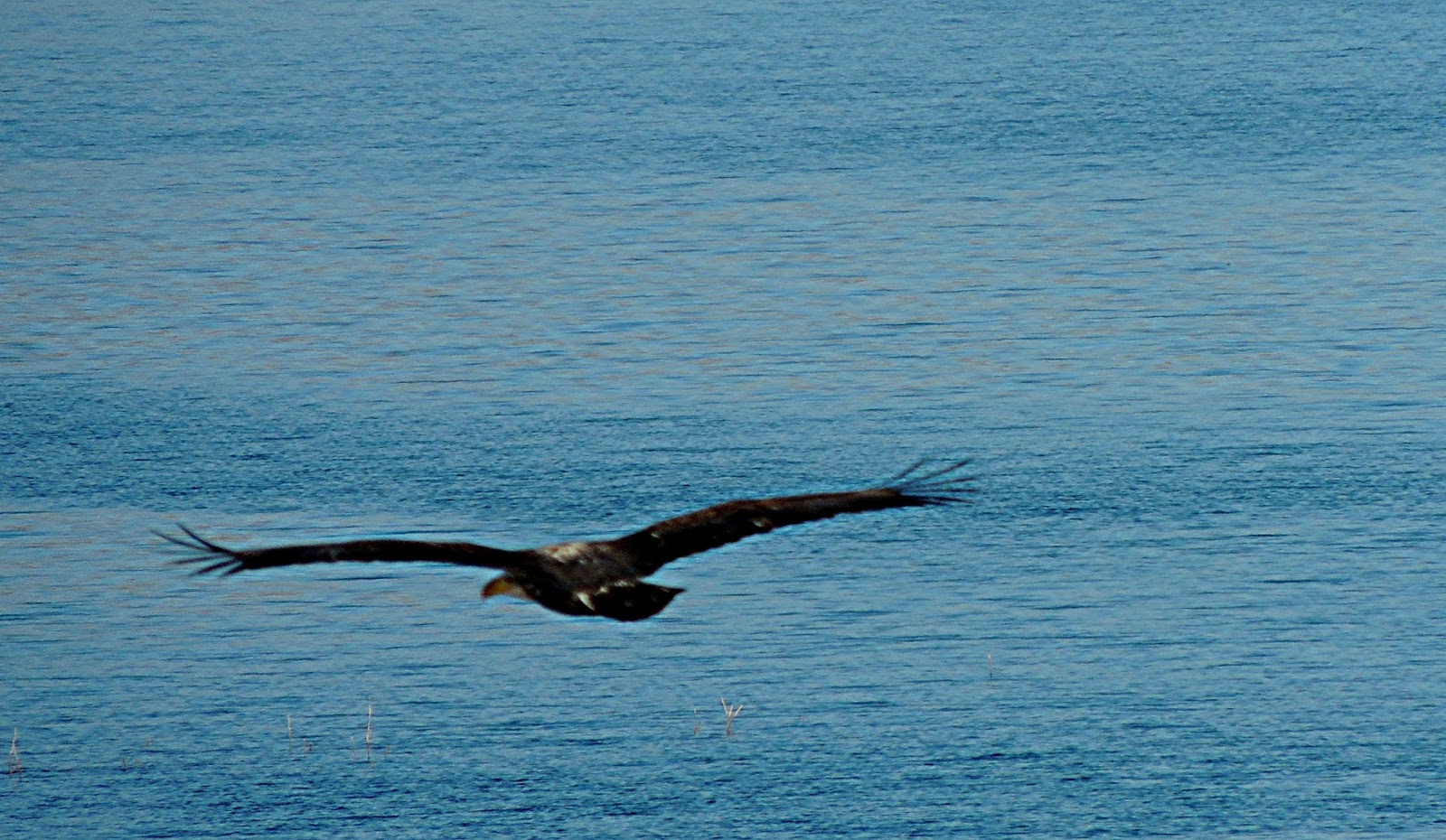 yeah... but... nobody is gonna listen to the wishful cogitations of a puss gut mountain cowboy... not when he points a critical finger at all soh-sigh-uh-tee holds so dear... So I'll just smile and nod and go about spinning my yarns. 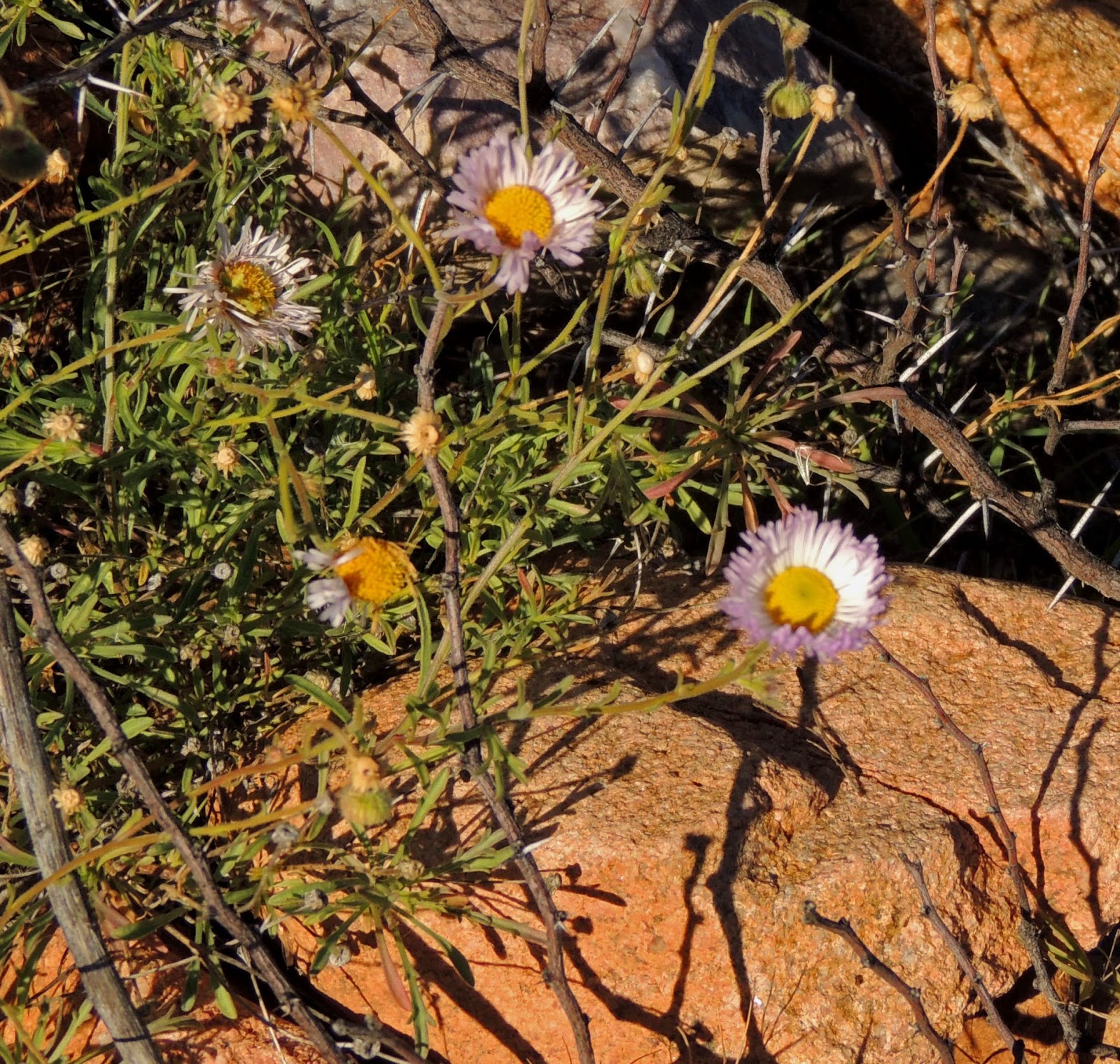 While the northern lands suffer under sub zero temperatures and the global warming that threatens Las Vegas with snow... I'll keep to my  beloved Arizona desert... Where the flowers bloom at New Years... 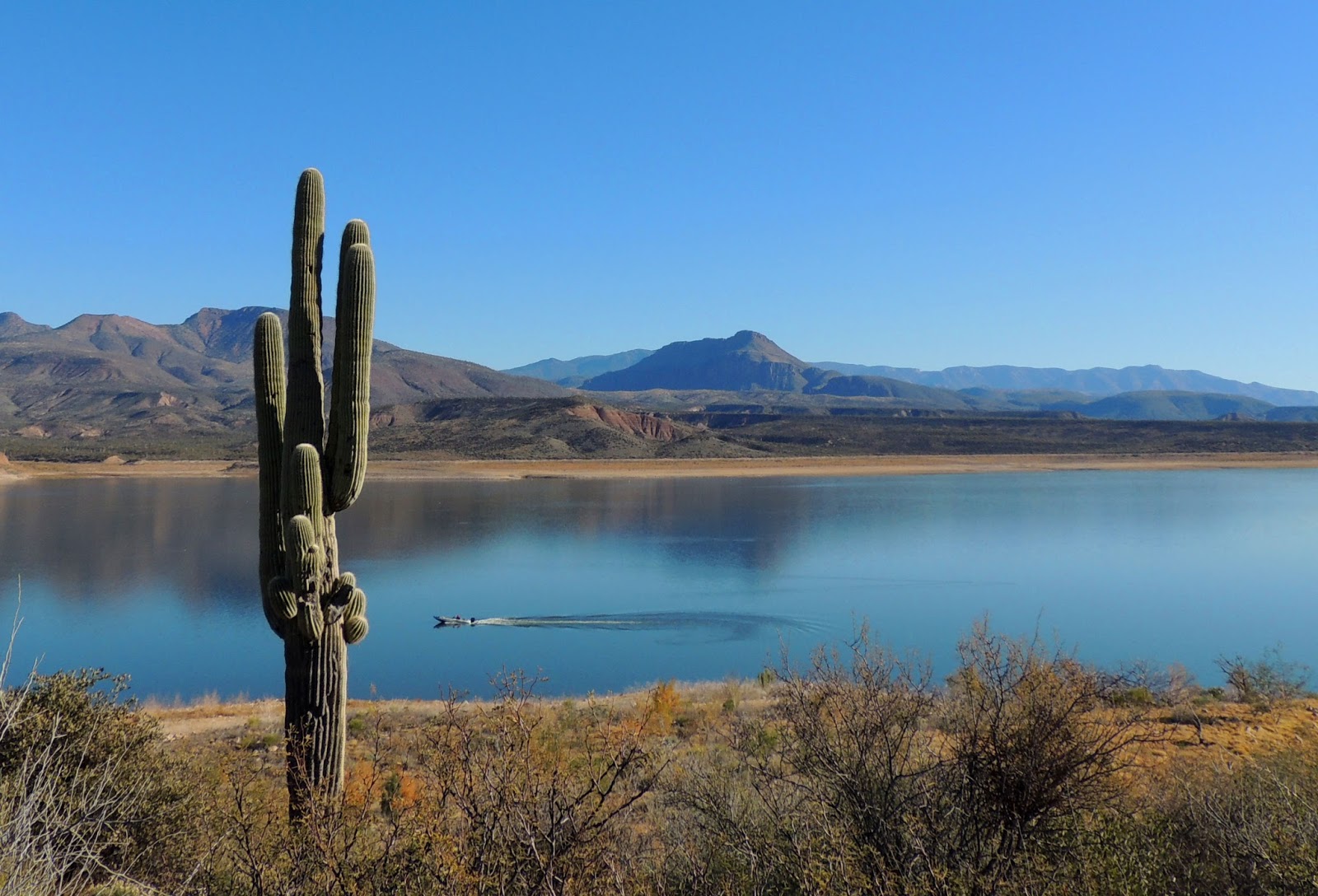 Where the fishermen chase their quarry in December...

Just a puss gut buster with his heart in the Desert
Brian
Posted by Brian at 11:51 AM

Glad you're back and I really am sorry about your pup, Lily. I totally feel the way you do about animals....always have. Is that Roosevelt Lake? I believe another blogger (RVSueand crew) is out in those parts, too. Have you heard of her blog?

So sorry about you looking Lily. She was a spirit and I know she will be missed. May the memories of those wonderful movement be for ever stamped in your memory and bring comfort. Karen

So sorry about Lily.

Brain, sorry to hear that you lost Lily. That is a part of life I would like to skip. I like the pictures of the area where you are spending the winter. Take care.

Hey Brian,
Glad you mad the trip without incident. So very sorry to hear about the pup Lily, it is never easy to lose a Friend but especially one of THOSE friends for sure.
Hope you have a great New Year all year long!!!

Awesome post. Sorry about Lily, you'll know she's there by your side when the breeze stirs from nowhere. Heart dogs are the hardest to lose, and they;re all heart dogs.

I feel your sorrow, Brian. Our 18 year old wiener dog brothers passed away two years ago. I still think of them often.

Just gave my 11 year old Aussie Girl an extra pat on the butt. Thanks, dog, just for being here.

BK,
So sorry to read about Lily!
Dogs are such better friends than the two legged kind.
As Scott Kirby sings..
"4 good dogs will get you through your life"
Sounds like you've been blessed with many more good friends!
All the best from an Aussie lover,
Scott Mc. in New England