A Late Start for Perambulatin' Across Nebraska... But We Got Gone...

Was nigh on to noon before we got ever'thing locked down and headed out. My saddle is cabled to my scooter in the back of Evin's garage till I roll back through in a bit over a month to pick 'em up... 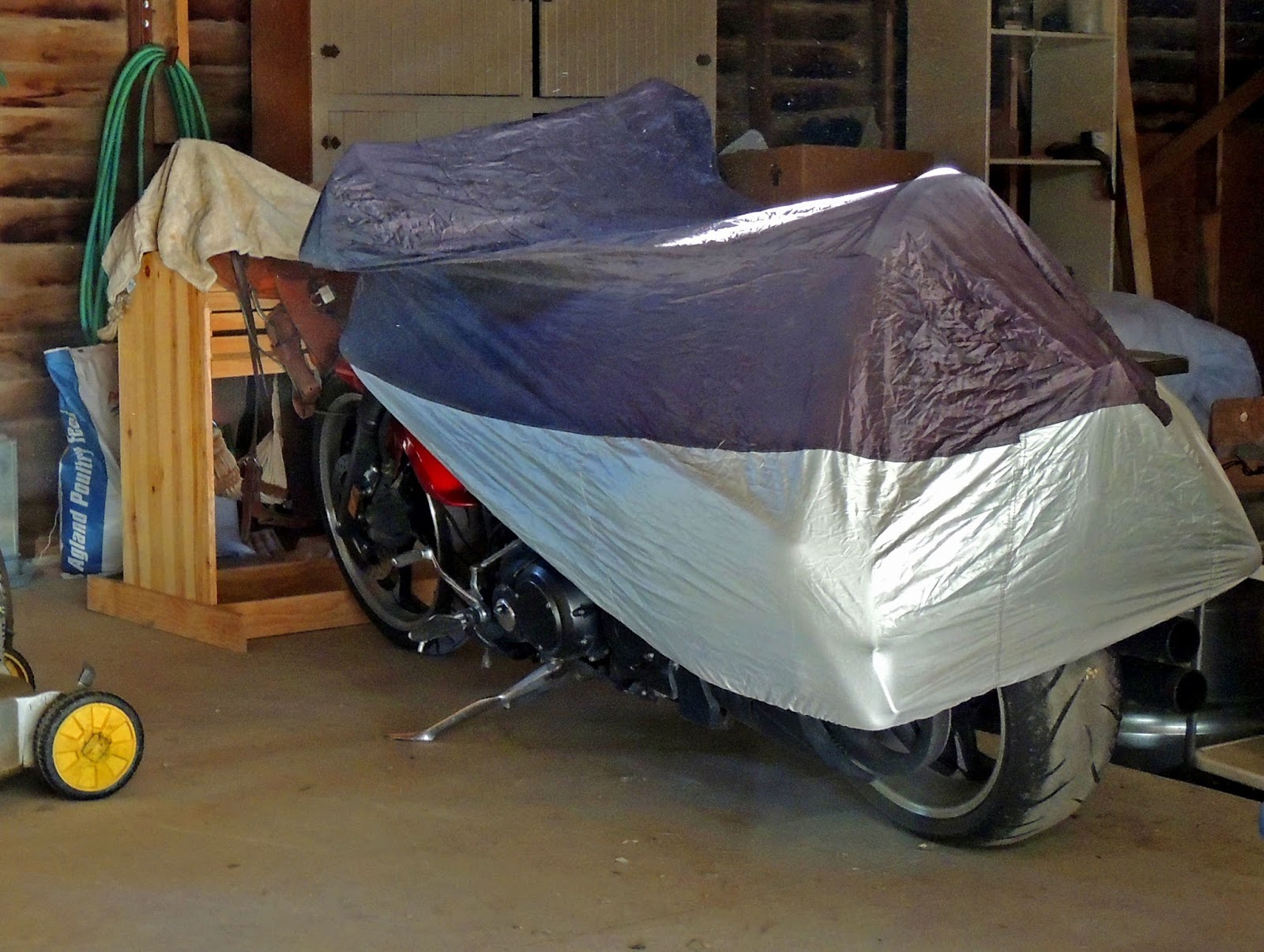 Made no sense to load the bike up now. All she'd do is sit on truck in the weather... so... she'll be safe there until my return.

Been six months and more since the rig has hit the highway... had planned on just cutting over to 85 down in Colorado... but with the extra late start decided to run the interstate to Cheyenne, make a little bit of time, and then follow along 85 from there.

Up north of town an hour or a bit more... at the rate I travel, is the Agate Fossil Beds National Monument. 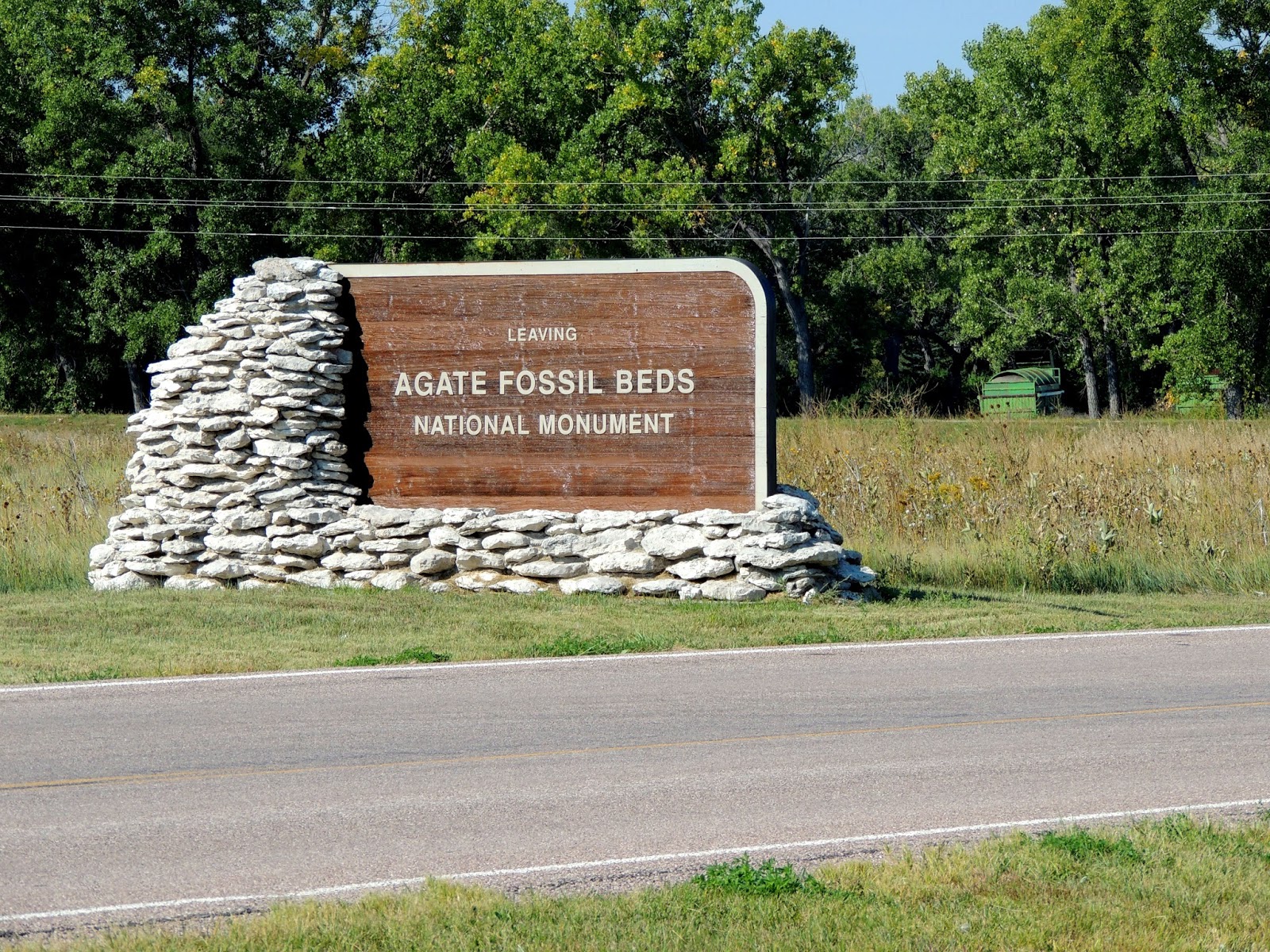 See the piece of equipment behind the entrance sign? That's over at the improvements of the Agate Ranch that sits beside the monument.

Seems a fella named Cook built that place at the end of the 1800's. He invited Red Cloud to bring his people to raise their Tee Pees in the Cottonwood grove at the ranch each year.

They'd dry beef and such on the land where they used to roam free. 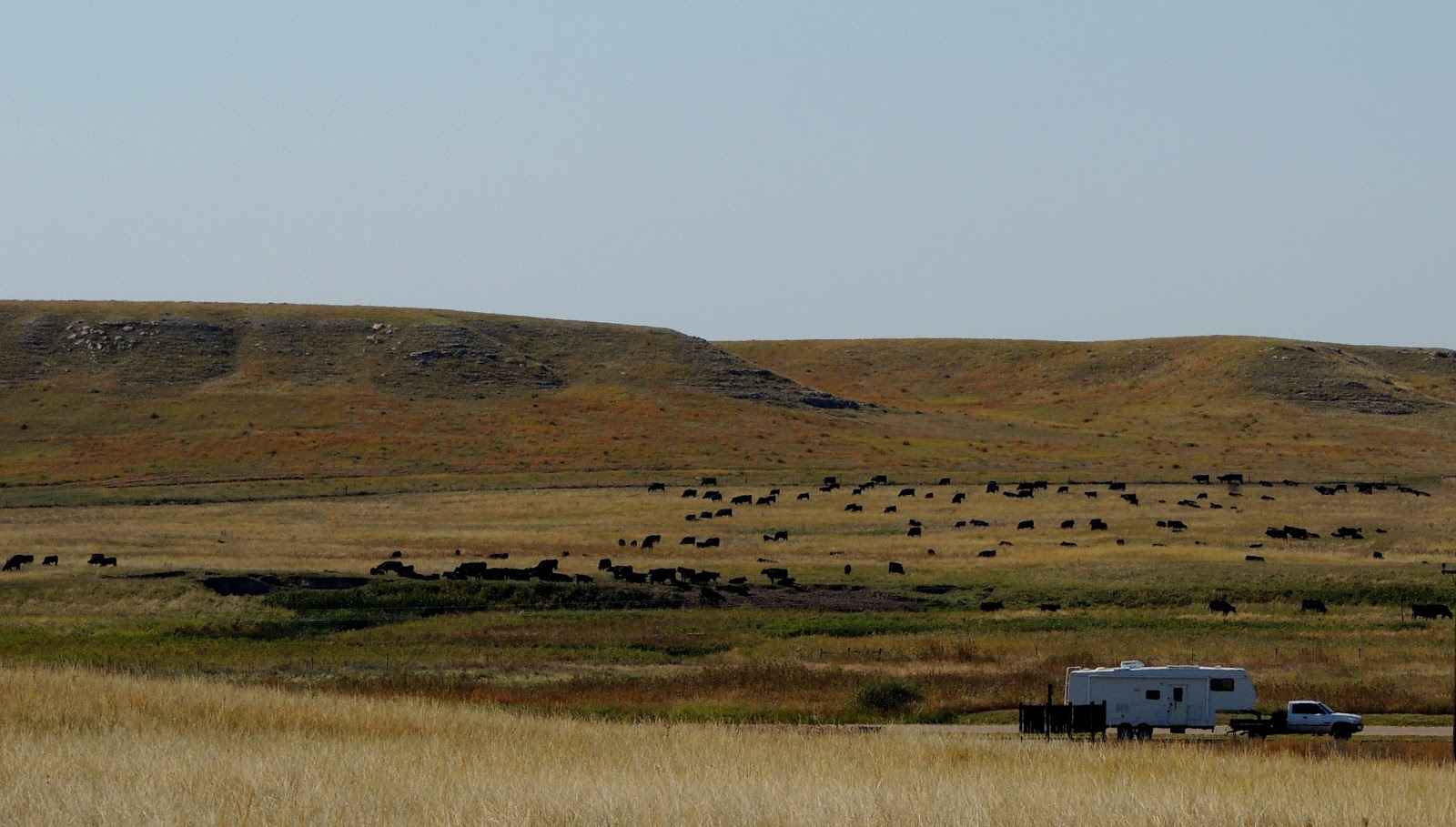 Angus cattle have replaced the longhorns and buffalo of those days... and a 21st century covered wagon is the shelter these days... But... Nebraska still looks pretty fine. 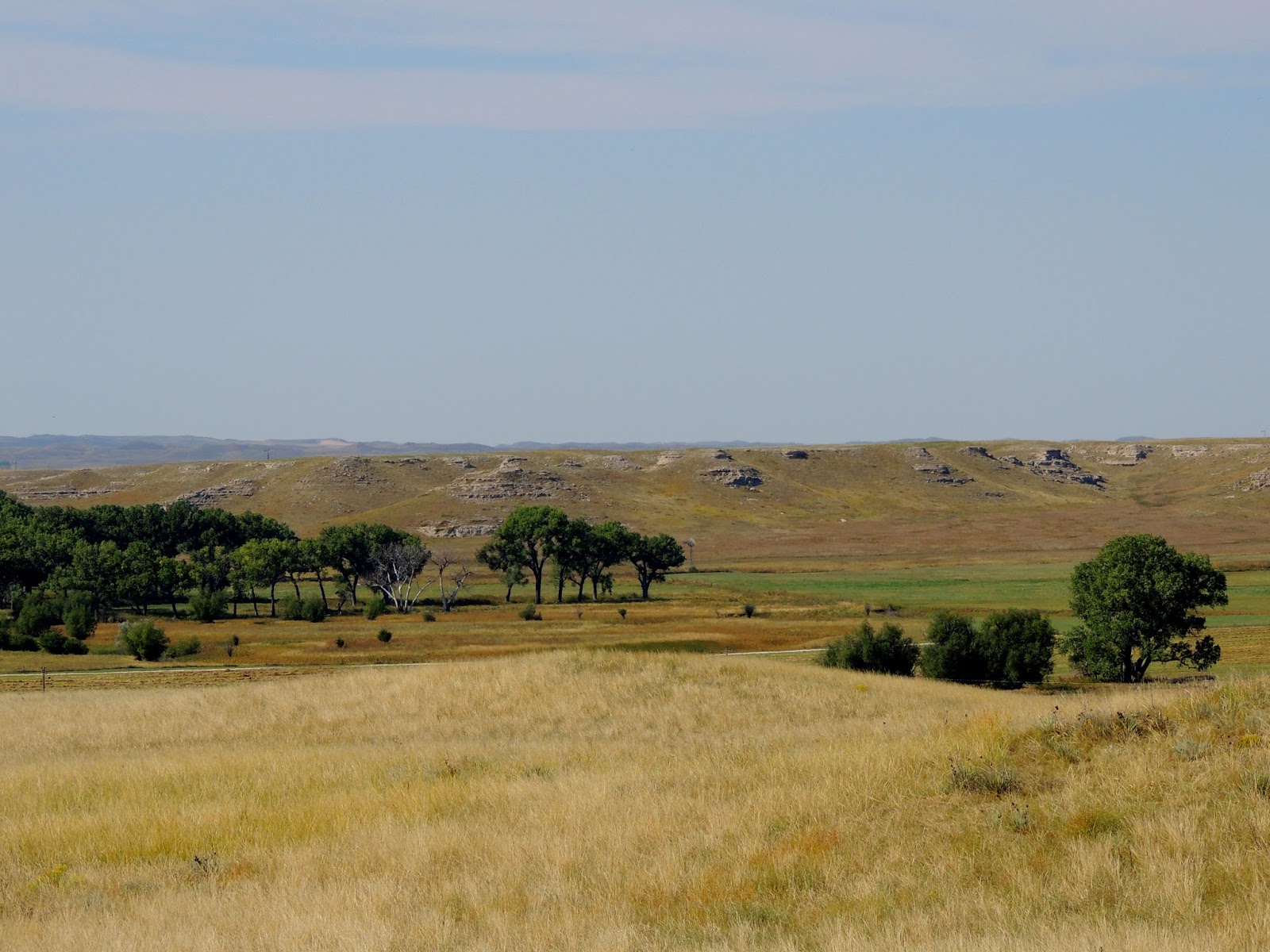 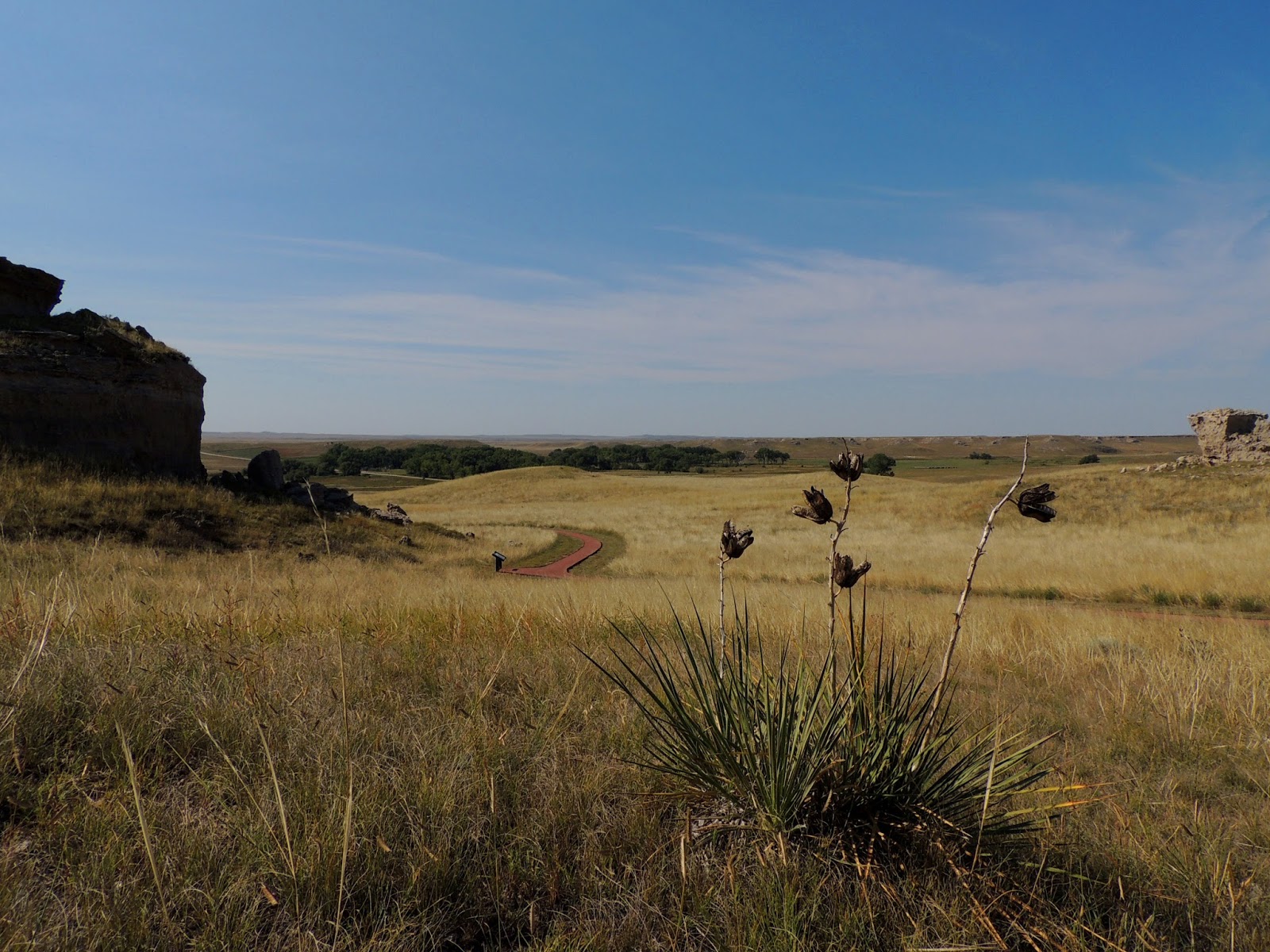 We took a short mile walk up into some of the bluffs where fossilize remains of ancient beaver dens are displayed... they formed kind of a corkscrew appearance that the diggers of those days first thought were some sort of a giant plant... until one of 'em found the fossil of a beaver buried up in one... You'll have to go look for yourself... I couldn't get it to translate into a decent photo! 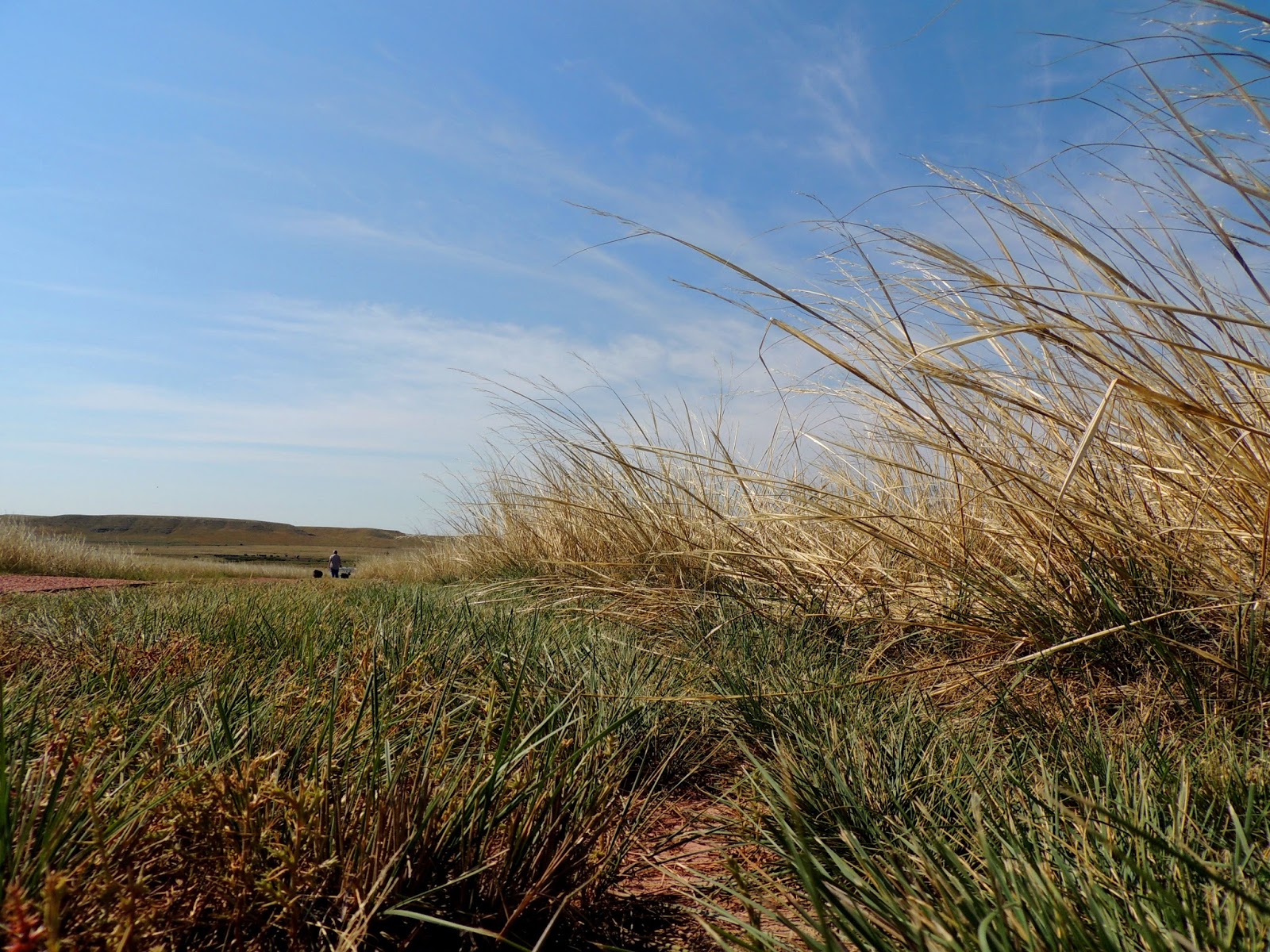 I believe I always thought this far west in Nebraska had gone dry enough that it was into the short grass prairie... buuuuut... that's lookin' pretty "long grass" to me... where they mowed a bit alongside the path up into the bluffs.

The Lakota (the true name of what us white fellers always called sioux) and the Cheyenne used to roam this part of the world... Living pretty fine and free... until a horde of illegal aliens invaded their territory an overpowered 'em with sheer numbers... and TOOK their land - something to keep in mind in the 'debate' of the current times when ever'body has their panties in a twist over "illegal aliens".

Inside the visitor center are two displays. One is a collection of the fossils from a bone pit found on the monument. Apparently there was a pond or small lake that was the hunting ground of some sort of humongous Bear Dog...

Those hunters stacked up quite a collection of bones...

and then, there's a gallery of the gifts Red Cloud's people made and gave to the Cooks in response to their friendship. 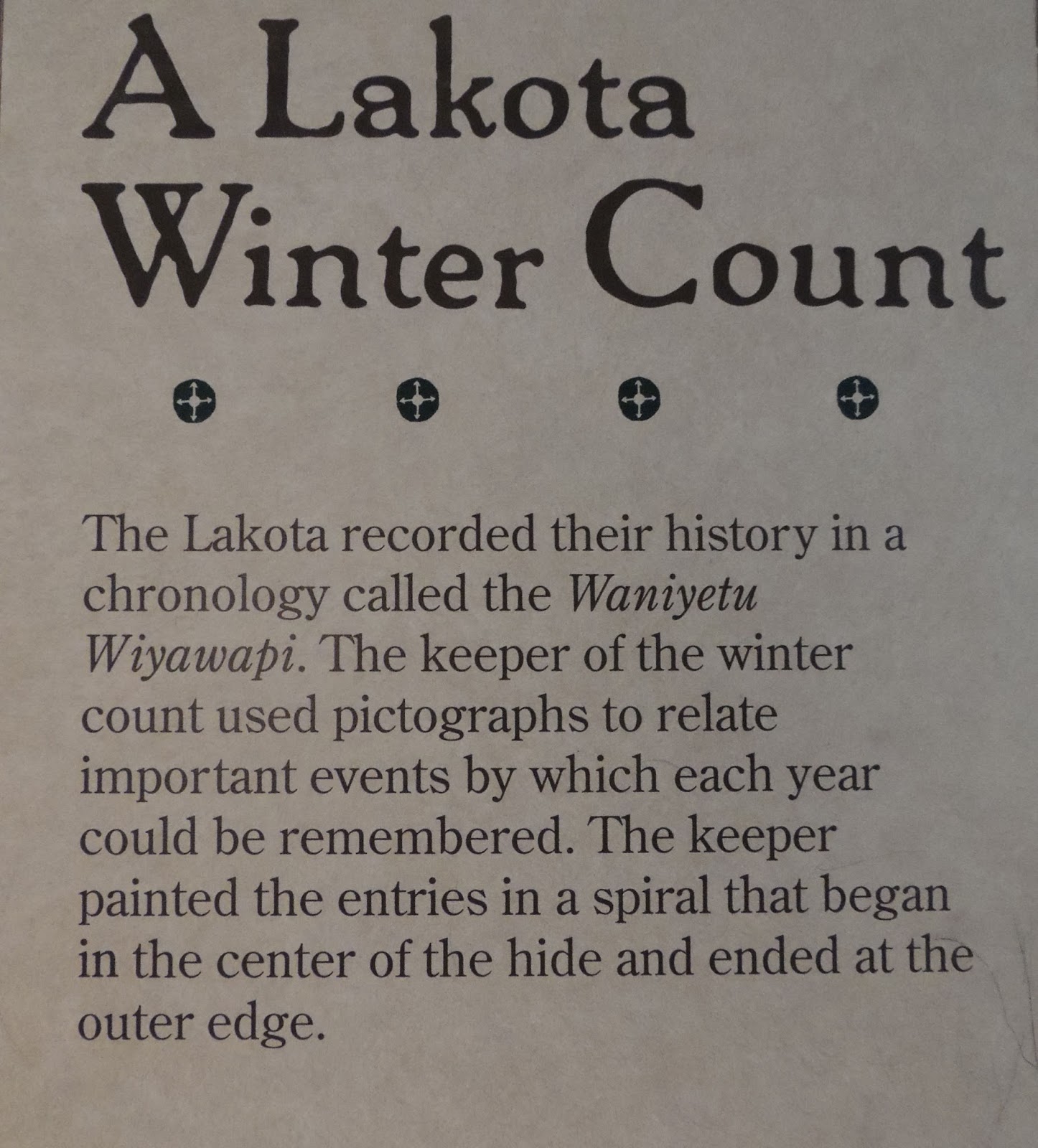 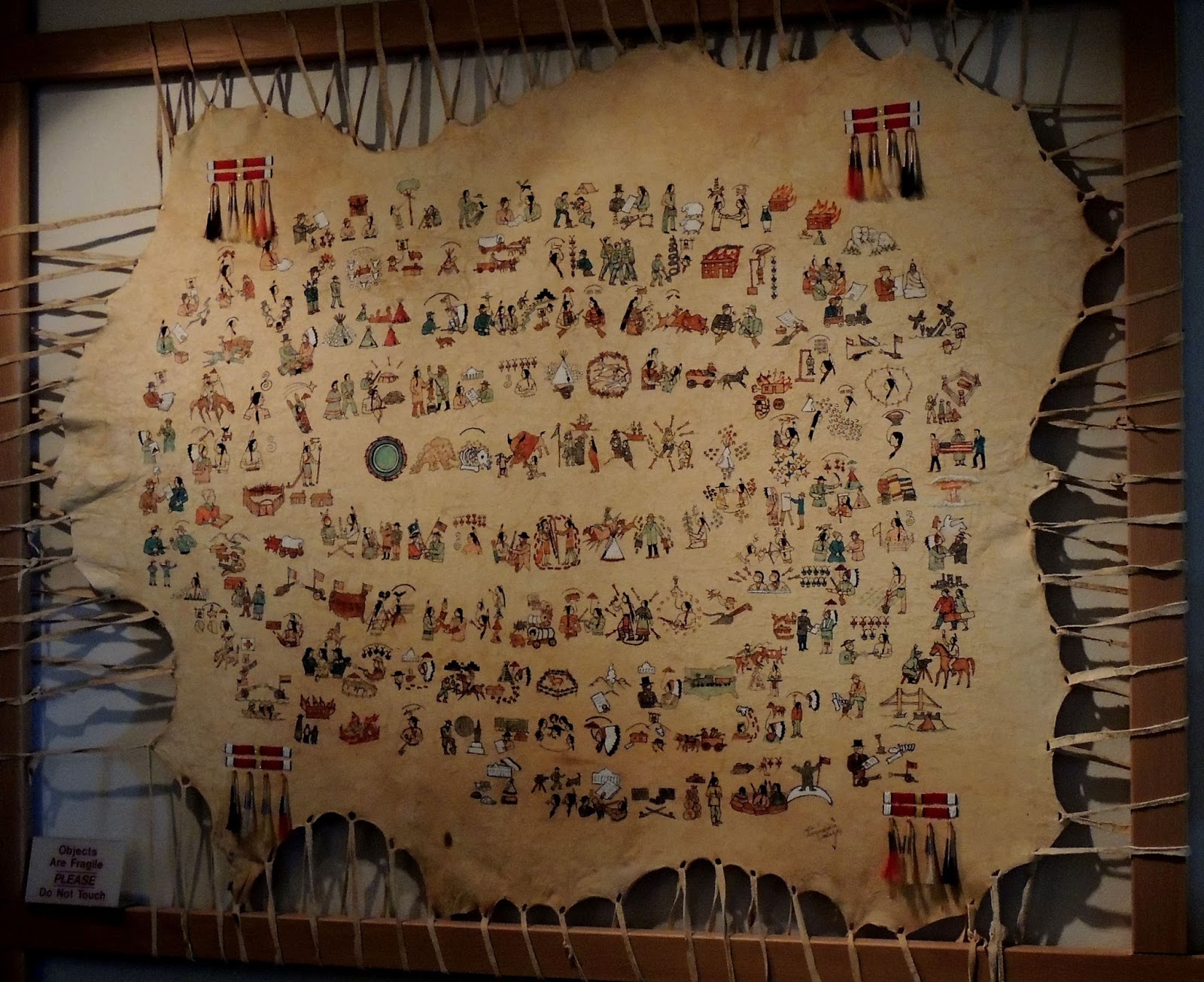 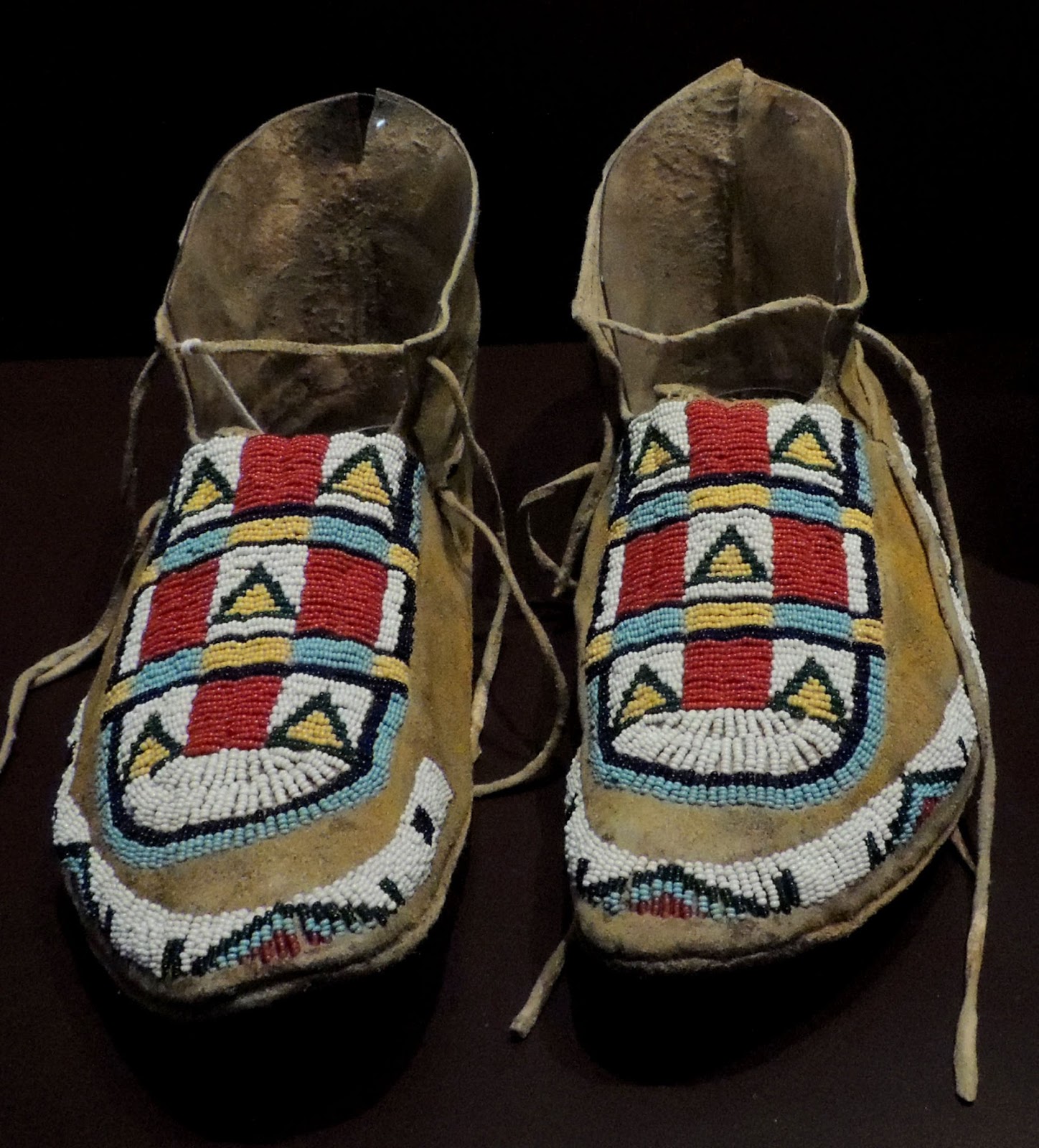 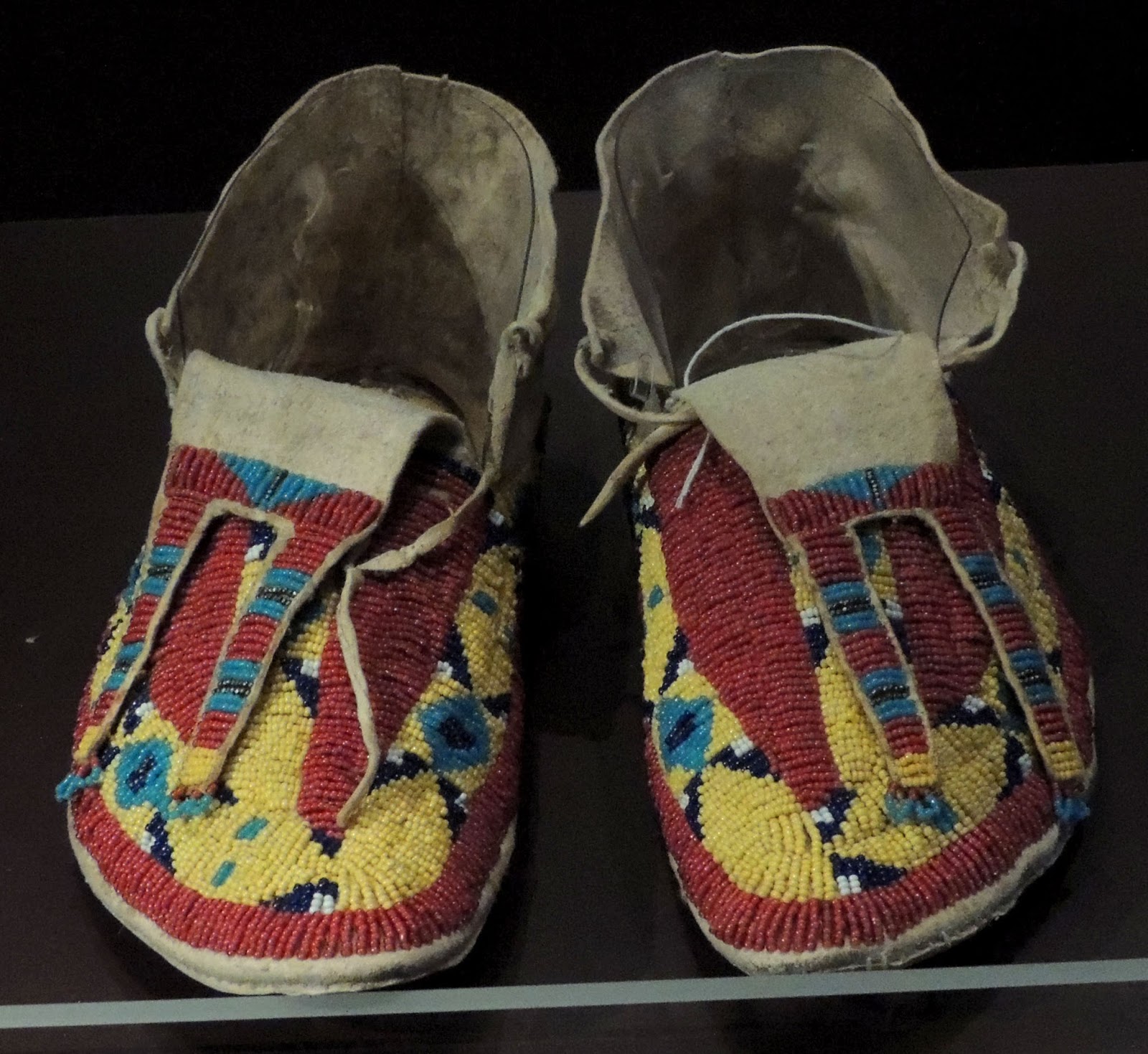 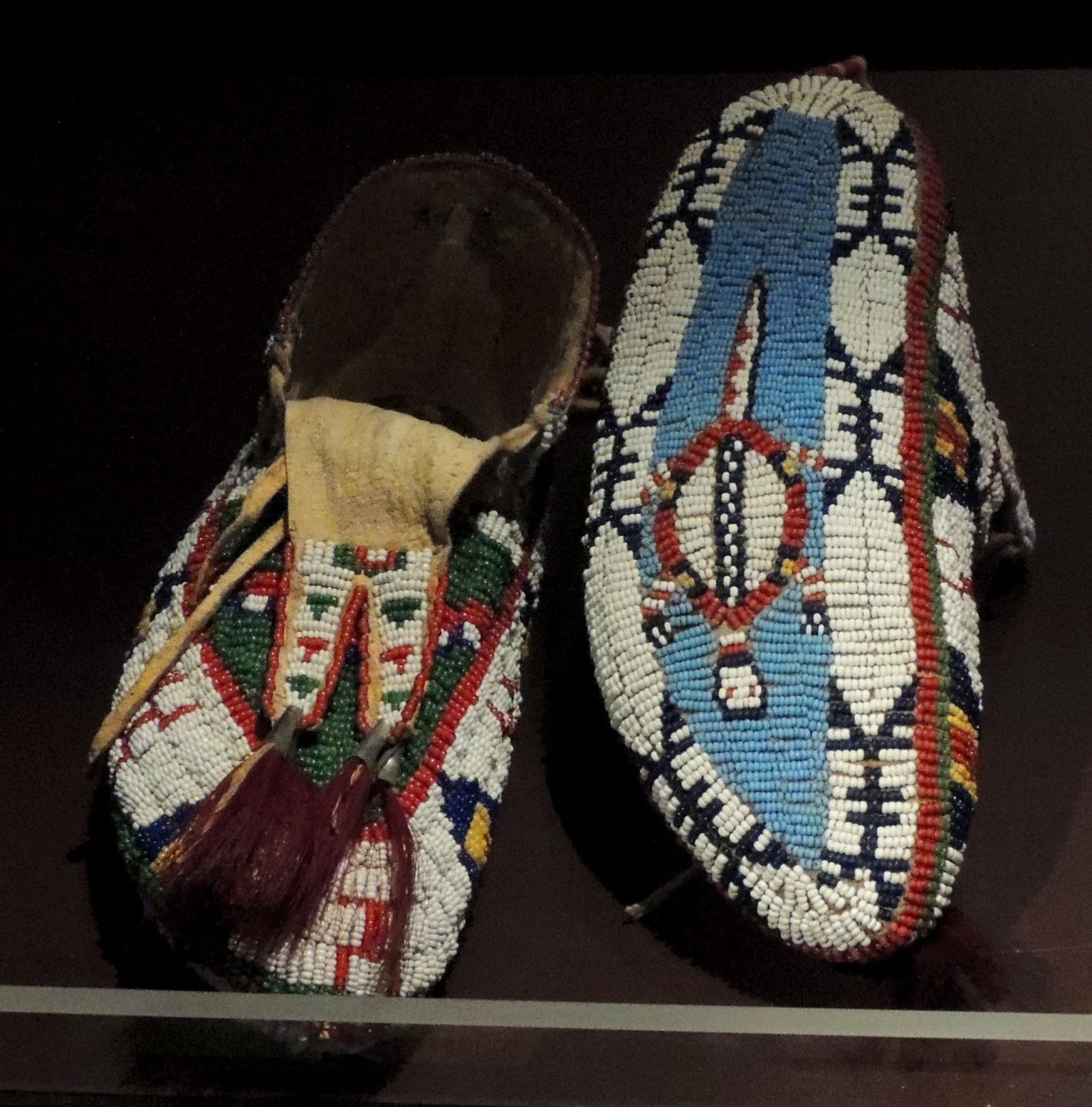 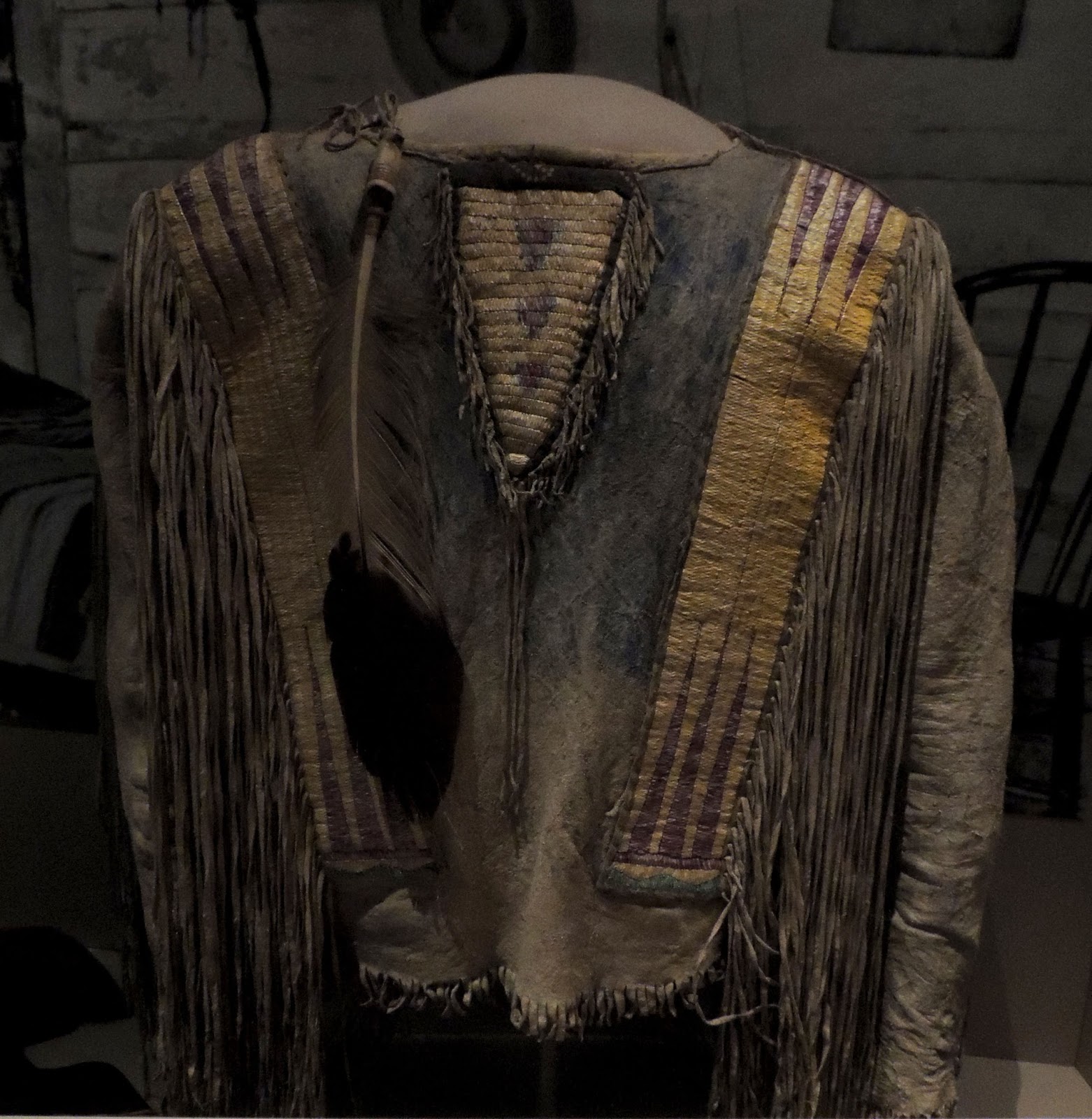 Up north of Custer in the Paha Sapa... the Black Hills is the privately built, or being carved Crazy Horse Memorial. It's a heroric sized memorial to Chief Crazy Horse; Likely the greatest of the Lakota War Chiefs. 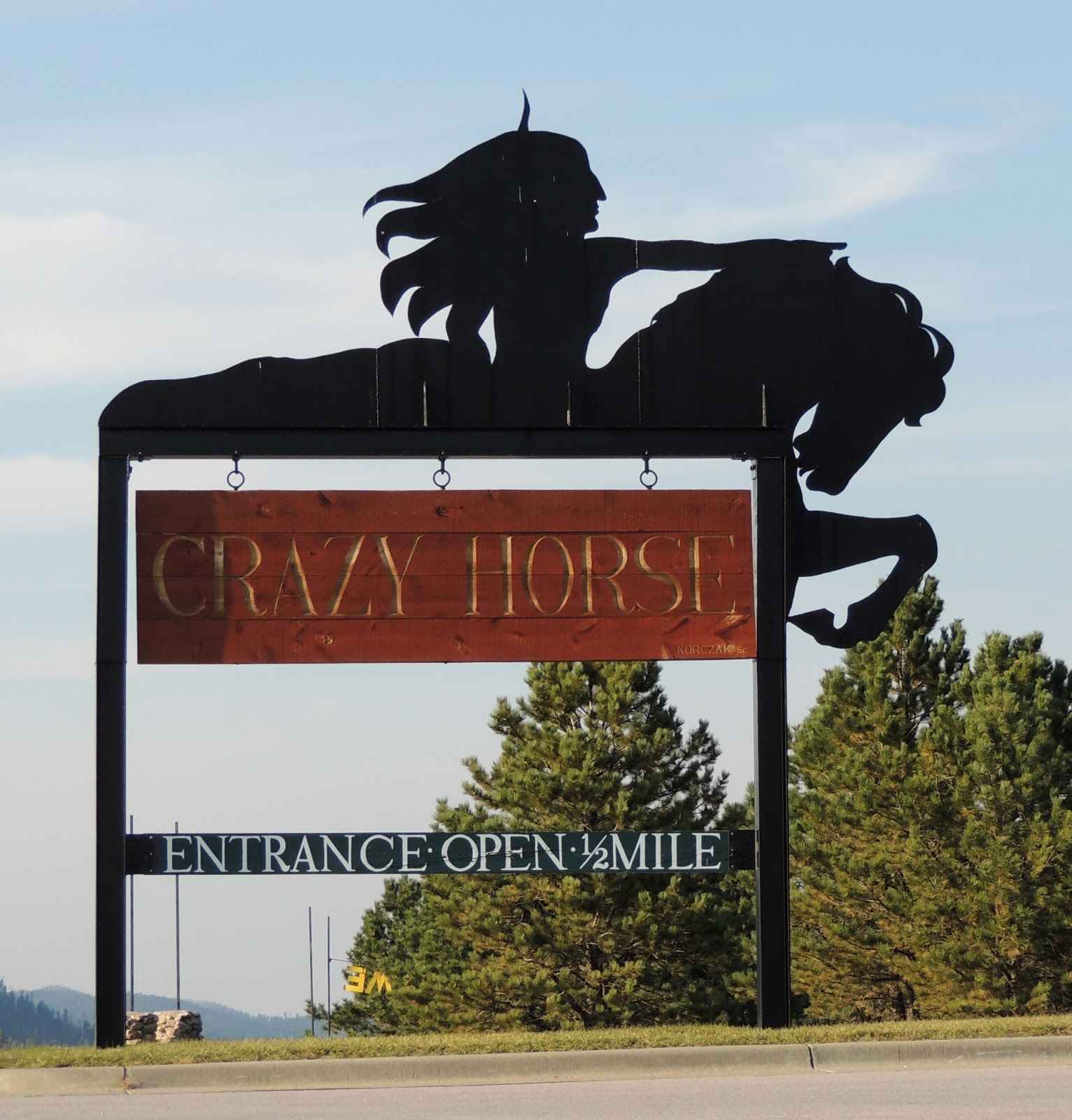 It's a totally privately funded enterprise... Federal funding has been refused a couple of times. Started in 1948 it still has a ways to go... 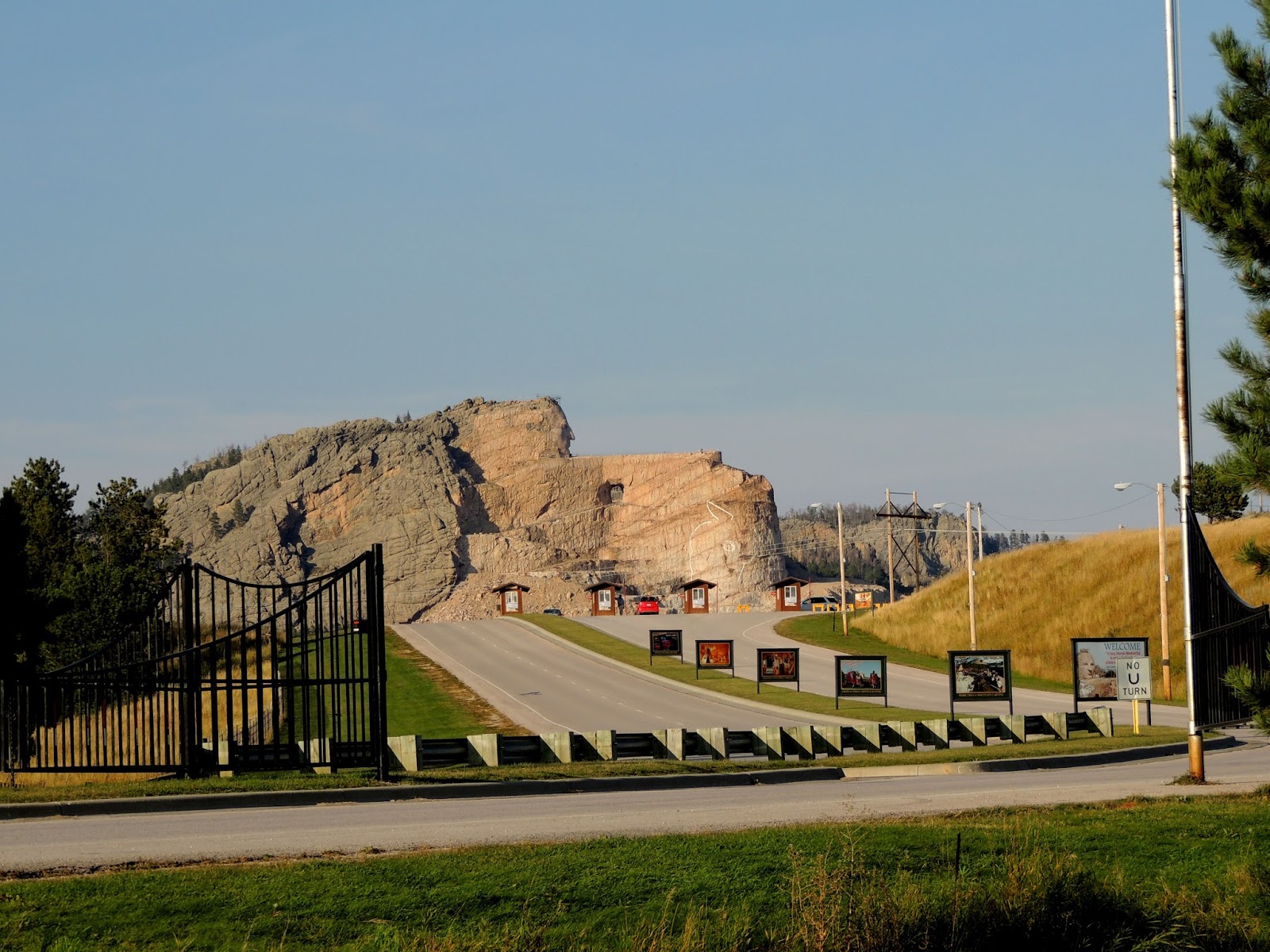 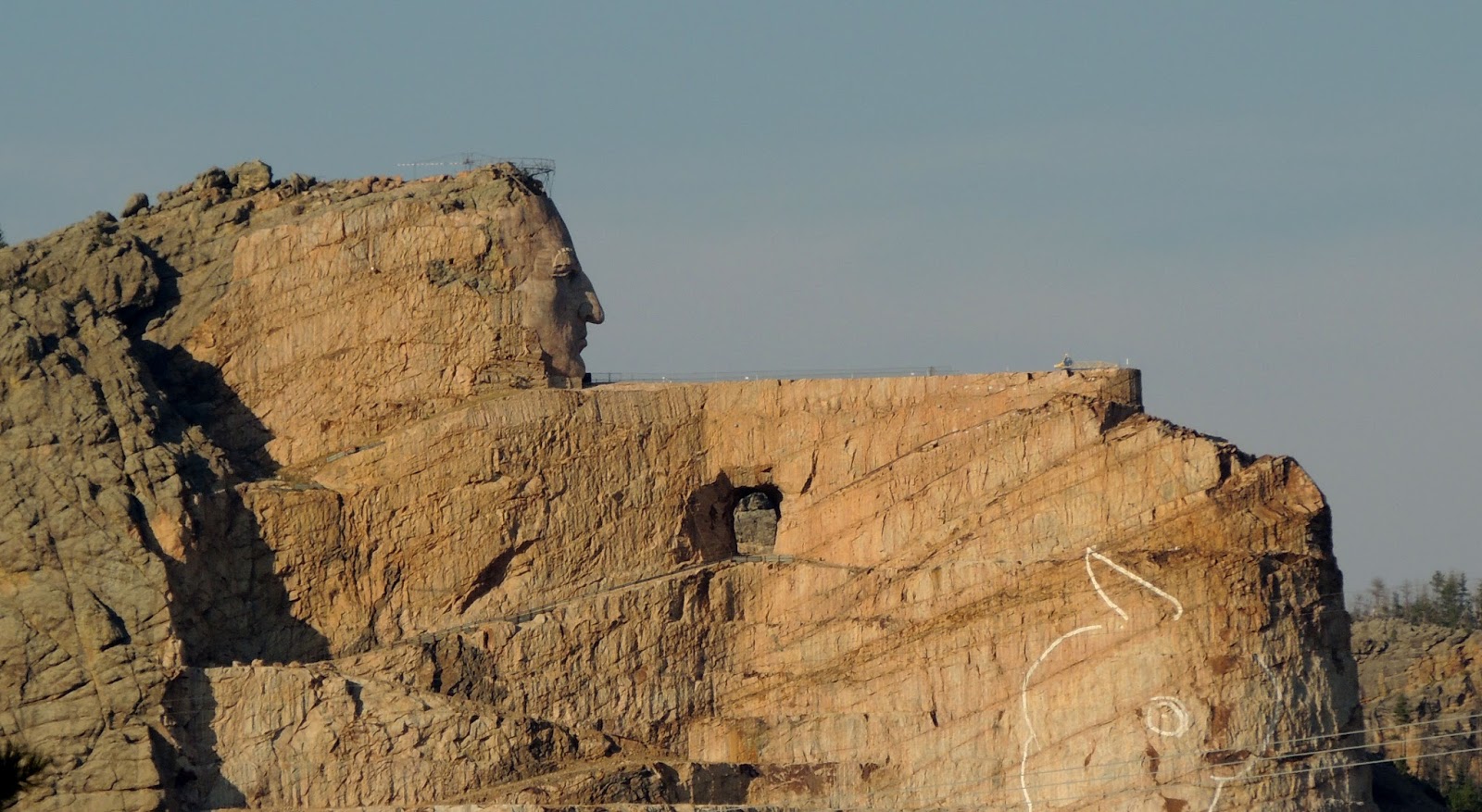 Just north of that site we found a National Forest camp called Orville half way between Custer and Hill City... for five bucks a night for us, it doesn't make hunting up a free camp worth the effort ;)

We pulled in about an hour after I like to clear the road, but being late in the season, there was no shortage of sites. 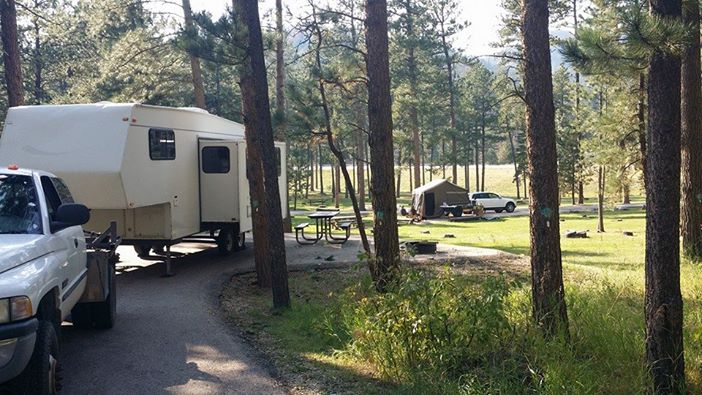 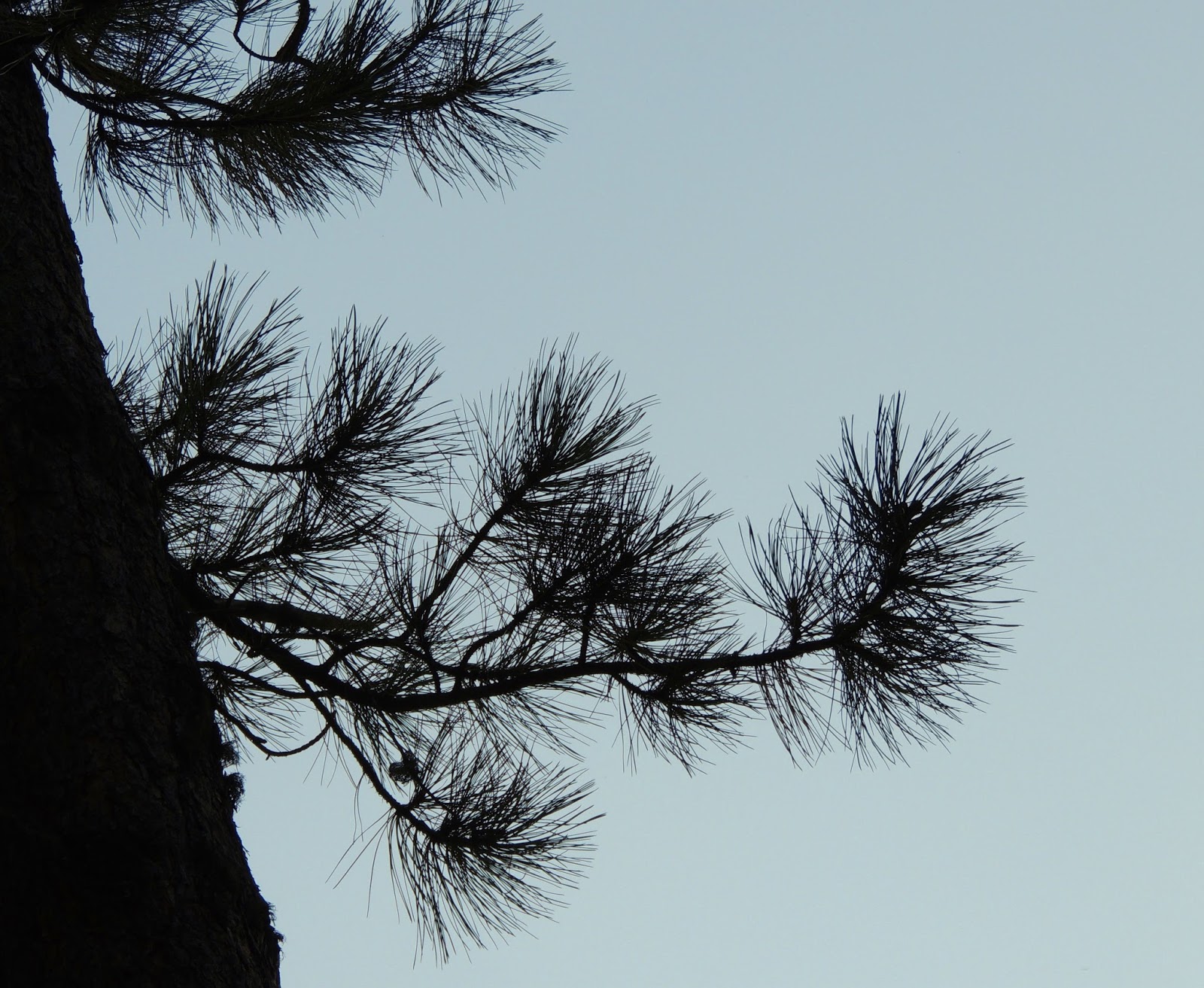 Having held fairly closely to the rule of two's (go two hundred miles, get off the road by two and lay up two days) we're gonna putter around this area today... and then move on to the Theodore Roosevelt National Park area in North Dakota likely on Thursday or so...

We start working at the harvest on Monday so plan is to pull into the fairgrounds where we'll be based on Saturday afternoon.

Till then it's just goin' slow
Brian
Posted by Brian at 7:02 AM

Really enjoy your blog, glad you and the missus are back on the road again, best of luck to you all. We have been in the Loveland area for a little over two years due to medical problems but unless something tragic happens will head out to Texas right after the 1st of Oct and will be in the Phoenix area by the end of October. So both of us can sing "On the Road Again"