A cowboy saddles up in the early dawn... and rides out to make his circle.

Turns out... life is mostly that... Riding Circles. You pack up your warbag and take off from where you are, searching out what you hope to be... if you're lucky you find it... Only thing is, most times, you find out that you already were.

The kid I knew... Knew exactly what he wanted to do and to be... But others had other ideas... and weren't reticent about abusing his ambitions or creating obstructions; Through misdirection or if necessary, outright theft.

The damn fool mistake the kid made was to LISTEN (against the advice of wise old hands) to the lying BS that soh-sigh-uh-tee and even family will dump on a person's dreams. He swallowed the guilt trips of malicious civilization, and for too long believed those lies.

Poor dumb bastard... He already WAS... pretty much everything he ever dreamed of being.

It still enrages me that... anyone... thinks they possess the Right, Wisdom, or proper place to lay judgement on the dreams of another.

Either you give moral support, emotional backing, material support even... or you keep your damned trap shut. The parent, friend or passerby that thinks they know enough to judge the dreams of another is to say it clearly... an order of magnitude more useless than tits on a turd.

But then... what the hell does soh-sigh-uh-tee care? It's onliest desire is to squeeze all the juice out of a person. It squalls about duty and loyalty and honor... yet ... those treasures only flow one way... its way.

Soh-sigh-uh-tee... civilization... is nothing but the conglomeration of all the negative assets of humanity. When civilization shows up... Wild Country and the best of a man fade away.

Power, tyranny, institutionalized prejudice, greed, lies promoted as truth, lessers of two evils, nationalism, lipstick on a pig, the philosophy that tolerance is the way~as long as you understand that my way is the only way... Arrogant Eloquent Cowardice... THAT is soh-sigh-uh-tee.

I'd sooner ride a spavined mule than listen to another minute of the laughable fantasy that civilization is some accomplishment to be bragged on. It is a lie built on a fabrication wrapped in a fiction fueled by greed.

It didn't take that poor dumb kid too long to realize that... just way too long to give up being polite about it and call the stinking pig... just that... a reeking, stinking pig , clear and plain... but... like they say; It's never too late to be what you would have been.

So if this Ol' buster catches you pissin' down somebody's back and tellin' him it's rainin'... don't get all twisted up when I leave your cajones hangin' on the fence... 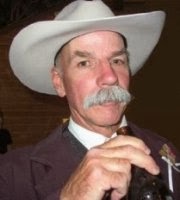 
Headin' back to what I was and what I should have done... a long damn time ago.

You and I think a lot alike Brian. Don't know if that's a good thing or bad. I think I'm too stoved up to sit a saddle anymore let alone having an unplanned dismount but I sure do miss the simpler times. The grinding stone has ground my body down a little more each year and ground my soul away long ago. Seems like every dollar I make there's somebody there to take a dollar fifty away. I hope you git to where you're goin' before you run out of go juice.

Well said Brian, never could live up to who I was supposed to be but I have learned to love who I am and laugh at the naysayers.

Curious to see where this trail leads. Met a cowboy once that traveled on a horse, with a pack horse toting his gear. Lived in a teepee while hired out as a ranch hand. That was thirty years ago, so not sure that can still be done.

Brian,
Sorry to hear what I think I am hearing. Only good is that we will be at Grandview Campground from Mid May till Mid Sept and it sounds like that may afford the opportunity to buy you a beer and shake your hand. When I was planning this adventure YOURS were one of the first continuing stories that gave me the confidence that we could do this. I owe you one.

Jeff and Lori; Who will win? The Grind Stone or the Grumpy Buster? Time will tell

Dragon Fly; After a time I've always failed at bein' who I was "supposed" to be.

Plein Guy; I'm sure it can be... just... a lot more people imposing their sure knowledge their smarter.

Turnwhentheroaddoes; Grandview... is that the one out by Long Draw Reservoir?