Backroading on Foot in Montana

Past this camp runs a road that if followed takes you a few miles up to another mountain jewel called Marshall Lake. Along the way are several other choices to wander. Just a short way above us is an old logging road that's been closed off...

We parked up there and then walked in. The road mostly follows the contour of the ridge high above Lake Alva and Lake Inez that we're camped between. They sit below, hidden in the timber.

If you don't make too much noise the locals won't just disappear into the timber... this pair didn't seem too shy...though I must say, this breed of "Chicken" has never been known for being possessed of a superior wit! 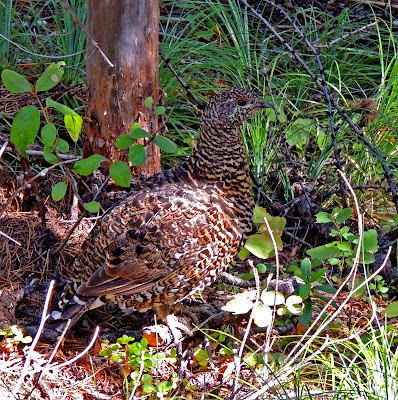 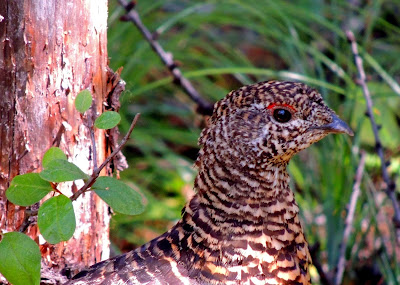 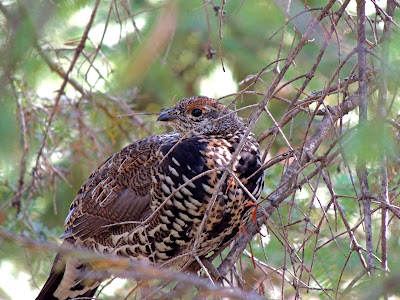 The view from up there is pretty fine. If you look across the valley below, where the Clearwater River flows... you're looking at the Swan Mountains that form the western side of the Bob Marshall Wilderness. I'd mistaken them for the Chinese wall... but... peering at a map a lil' closer... that sits another drainage east, on the other side of the south fork of the Flathead River. 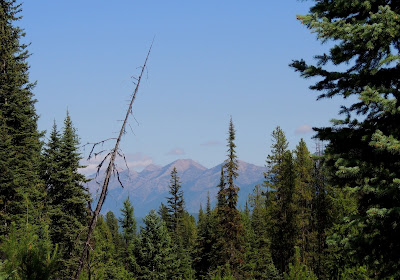 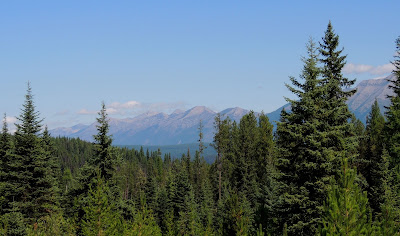 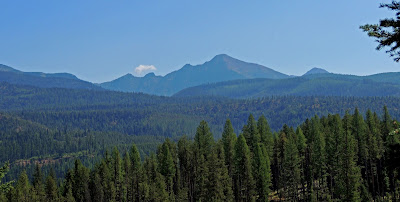 The Big Sky Country... Montana... even the name fills your eyes... 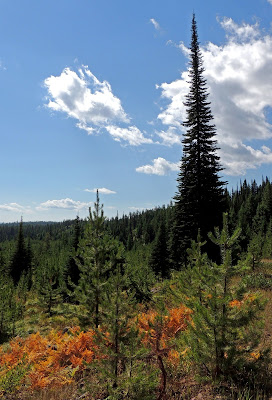 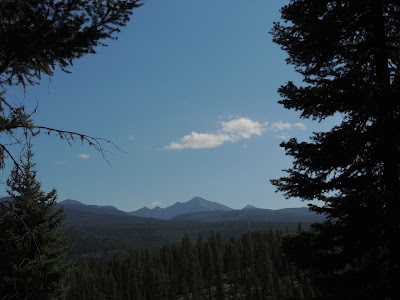 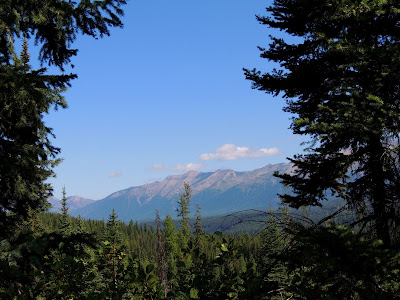 Past years those mountains have been as crystal clear as the lakes they hold... this year, with all the fires, there's a blue haze... but even that adds to the mystery and impact of these mountains. It's a glorious place and a testament to the wisdom of the Boss.

He was smart enough to know... Those mountains belonged in Montana.

... and smart enough to know that while I belong here in the summer time... I'm a gypsy that needs to be warming in the desert... when all this is under six feet of snow!

Under Wild Montana Skies
Brian
Posted by Brian at 7:41 AM

I love your photos of "our" Montana! Emmi caught one of those chickens yesterday morning, the dang thing is as big as she is--it flew off in a panic and little Emmi was also panicked, too!