When the Tank is Low Find a Spot to Lay Up for a Week or So...

We moved for two days and a bit. Saw a lil' more country in the process... Had the common issue of being misled 'bout the location of a campsite...

... but with the knowledge that we can safely just pull 'er into a widespot along a quiet back road... we settled into a suh-wheet night camp in the Oregon Forest.

In the morning we moved on to locate the second spot on our "list" of possibilities... and struck gold. We've sure found the way to come up the coast with affordable camps. It's called the BLM. 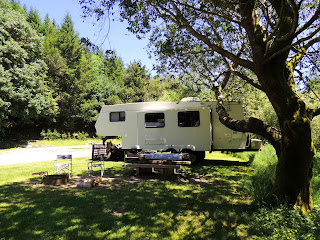 Just north of Port Orford is a place called Sixes.

We turned east there and just four miles up we turned into the BLM's Edson Campground.

The $8 camp that costs this old geezer just 4 bucks. 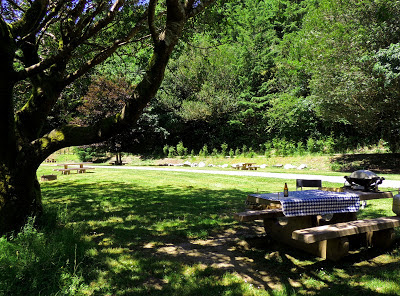 In these days of unending Federal scandals and incompetence... it's nice to see a Federal Agency, The Bureau of Land Management, doing a GOOD job.

The places to hike, straight out of camp are limited... a little, but only in variety. The walking that is available is as pleasant as a body could ask for. 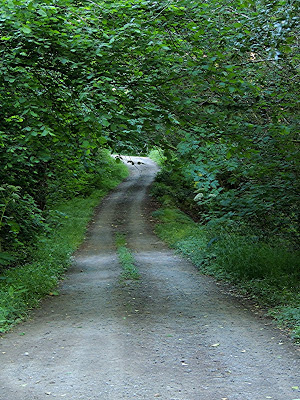 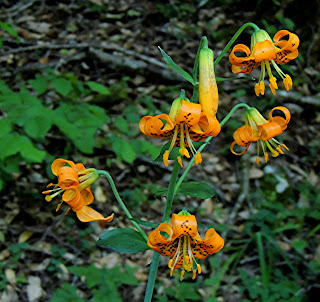 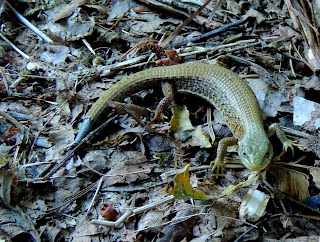 Had an interesting lil episode with this bugger yesterday afternoon. Sort of one of those; "Any guy can look cool on a motorcycle, but wait until he walks into a spider web" kind of moments.

He wiggled across in front of us as we were walking and stopped on the side of the lil' back road. I sorta poked at him with the toe of my boot, expecting him to run off into the bushes...

Aggressive lil' S.O.B. If you look at his tail you can tell... it wasn't his First Rodeo! 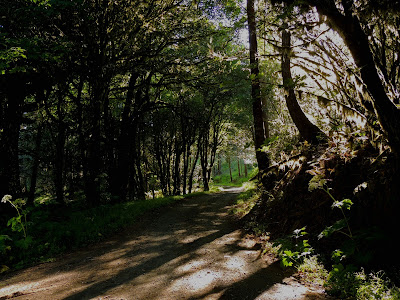 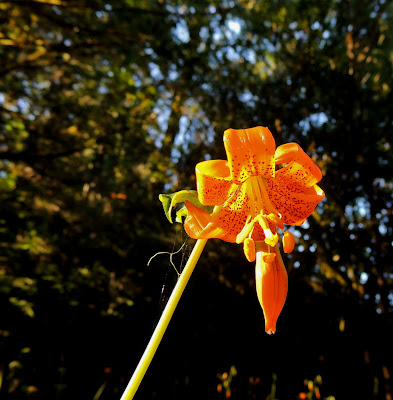 The coast is such a short run that it's an easy drive or ride to beaches and such to enjoy and explore the area. The benefit is, over on the coastline, that short ride away the wind has been running high and the temperature has been 10 degrees or so cooler...

... so here in this protected camp... with most of the rig shaded and the solar panels getting full sun... we have the best of both worlds, at a price a kid like me can still afford. Suh-Wheet!

To the west of us is the Cape Blanco State park and Lighthouse. Thinking it would be a cool spot to capture a coastal sunset we made a truck run over there in the evening... when we left camp here, it was a light breeze...

... standing on the bluff behind the lighthouse, my pictures don't reveal the icy wind that had that Old truck rockin' in the breeze! I was standing maybe fifteen feet from the edge and was STILL a mite concerned that a good gust was gonna lift me up and make a big splash a few hundred feet below! :) 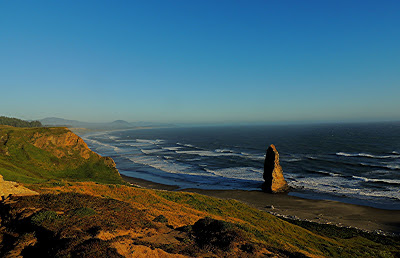 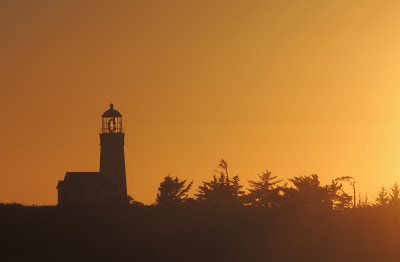 Down in the water, with the surf strong lately the Surfer Boys have been having some fun too.

We've been walking along the beach south of the Port of Port Orford most afternoons. Seals are hunting out in the waves. The Pelicans are diving into the surf... One afternoon we spotted the puffs of a Whale spouting a few hundred yards from shore... 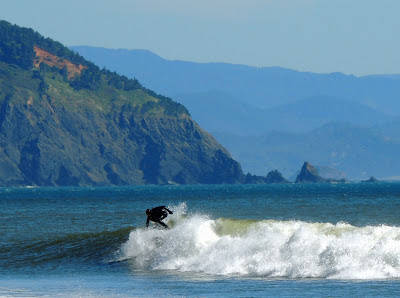 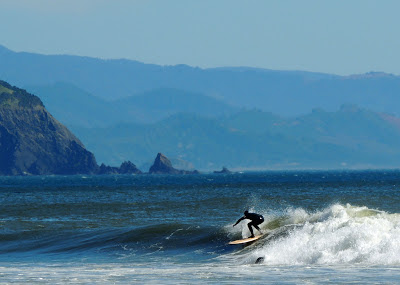 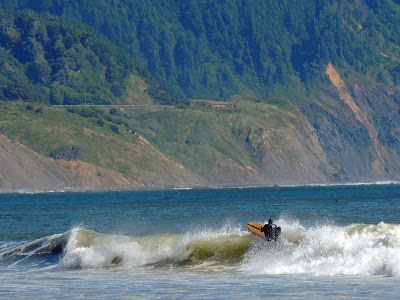 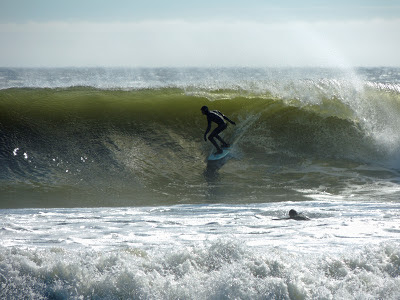 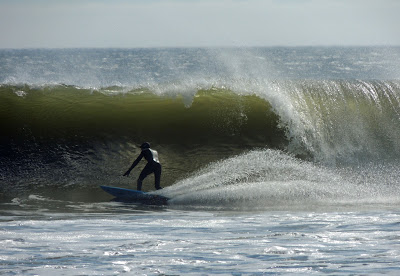 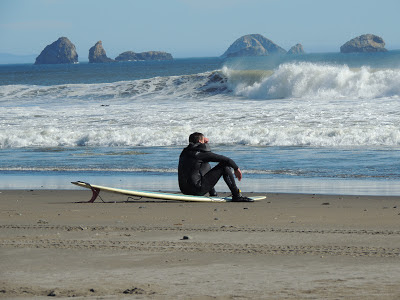 Me?... I think I'll stay on the beach with my feet dry. Paddling out there trying to do an imitation of Shark food don't float my boat... even a lil' bit! 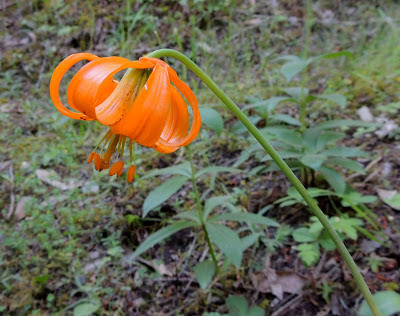 Time to go do a lil' more snoopin' about... and then get back here and do some more work on that slowly comin' along second installment in the Ben Jensen series... which is REALLY turning into my best book so far... I believe. ;)

Till Next Time
Brian
Posted by Brian at 1:54 PM

One mean little skink or lizard, never heard of one in attack mode. And me not there with a video camera.

That's a FINE BLM site and you're in one of our FAV places on the entire coast. We hosted (lighthouse) at Cape Blanco last year and are going back to do it again in Sept this year.

Winchester Bay Marina -> Dry-camping directly on the water for $14/night. Not super-cheap, but gorgeous views.

Great blog!! I signed up to follow you. My husband and I are full-timers for over 4 years now up here in SW Washington. Please stop by and visit my blog at www.bakedlava.com and give me a follow if you'd like.