We got up with the sunrise in Death Valley to finish loading and hitch up for the run out of the Valley.


The plan was to find a spot in the Alabama hills that the Bayfield bunch had put us on to in one of their posts a year or two ago.

I figured I had enough fuel to make it, if I kept the speed down... which turned out to be a little hard to do dropping down that 9% grade between Stovepipe Wells and Panamint. ;)

After warming up the brakes dropping down the 9% grade on the west side of 4956' Towne pass, even though I crawled down the mountain in 2nd gear with the flashers pumpin', we climbed back out the other side and hit the crest at Father Crowley Point... ahhhh... I love the scent of cooking asbestos in the morning!

You know, like in the cartoons where the roadrunner sneaks up behind wily coyote and BEEPS! spookin' his furry butt off the cliff... and his body drops out of site while his head just hangs there for a second before it SNAPS! to catch up?

Now, some of you who follow my FB page may have already heard of my medical emergency and the destruction of a good pair of cargo jeans at the site of that viewpoint.

For those of you unaware, I'll recap;

I'd pulled in there to take advantage of the outhouse and deal with a bit of old coffee. We'd climbed back into the truck and were pulling out of the parking area back onto the roadway.

I'd just caught second gear when a truck shaking roar blasted the rig. I thought I'd blown the whole damned engine. Truth is... I couldn't even hear myself screaming. When I looked that way I saw Heidi's tonsils protruding about 3" in front of her teeth, flappin like the neighbors laundry in a stiff breeze.

I thought that a little odd... but then she's always squallin' at me about one thing or another... so I just let it pass.

The sudden panic combined with the magnified expletive emanating from my wildly quivering liver sent my heart rate into overdrive and triggered what can only be described as audio induced intestinal suction.

At that particular moment... something gray, fast and LOW... flashed in the corner of my left eye.

With hands gripping the wheel like a bone dry drunk who just found the last bottle of Ol' Grandad's on earth and my lips peeled back like a pervert who just found out about topless bars... I looked to my left... AND DOWN!...

... to see the TOP surfaces of a Jet Fighter cutting hard left, stood up on its side, very nearly going inverted... BELOW ME!... drop out of sight into the canyon on that side.

He'd come up out of the canyon a hundred yards or so on our right... scraped the paint off the roof of our worn out old truck at maybe 756 mph!... nearly flipped inverted and dropped out of site...a few hundred feet to our left in the time it takes to emit half of a part of a burp.

... and all with a ROAR that made a 9,000 lb truck bolted to an 11,000 pound trailer shake like an overweight belly dancer's backside.

Well... the medical emergency rapidly developed when she, with the help of two motorcycle tire irons, a come-along and a couple of homeless guys begging to get in the fiver away from that roaring beast that comes out of the sky and eats small dogs... and apparently unwashed homeless guys... failed to extract the cargo jeans and 144 square inches of the drivers side seatcover from where it had lodged in my colon!

So far... the Navy denies any responsibility...

... and on to The Alabama Hills we rolled. another Uneventful day in the west.

Not long after we dropped down away from the conflagration at the view point... we got our first good look at the Sierras...


Hard at the intersection where the road away from Panamint meets US 395 there's a Forest Service visitor center. We pulled in there to get a clear idea of where we were going. A fella there was able to give us a few pretty good ideas where to look for a boondock camp that would suit us. 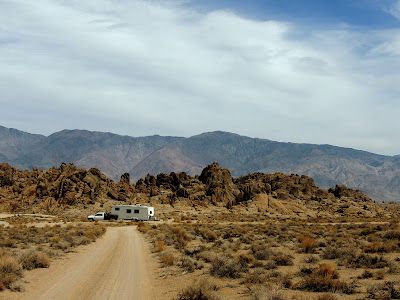 A short while later we were parked at the end of a likely looking track... as we walked up a ways to make sure it wasn't an axle busting no-turn-around trap. 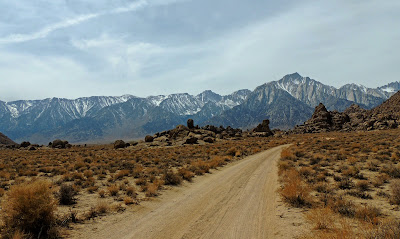 Just up behind those rocks on the left we found the spot that we've been occupyin' for the past week, and expect to sit in for at least the next week...

It's kind of a busy area what with tourists seeking out the movie locations... and climbers scrambling around in all the rocks... but there's so much room that it's a pretty fine location. The only thing that'd improve on it would be to have my signal right in camp... rather than a mile or two down the road. :) 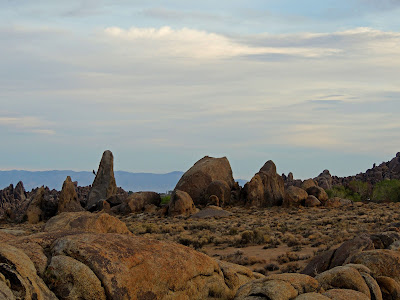 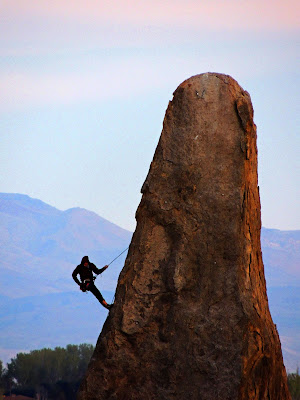 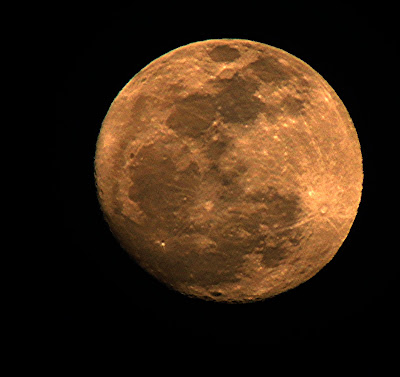 The full moon that hung over camp that first night didn't care though. It's been watching folks come and go from these hills for a dang long time.


Sometimes it's a lil' hard to tell the difference 'tween a sunset and a sunrise 'round here...

No matter... this Alabama Hills desert just keeps on keepin' on... 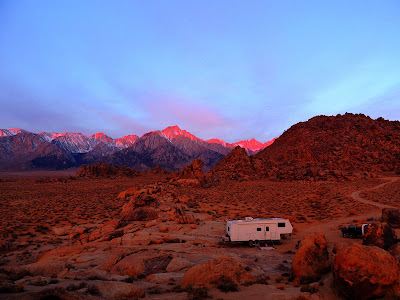 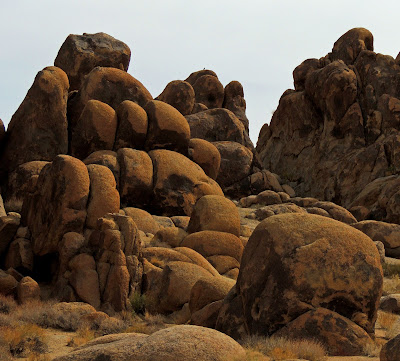 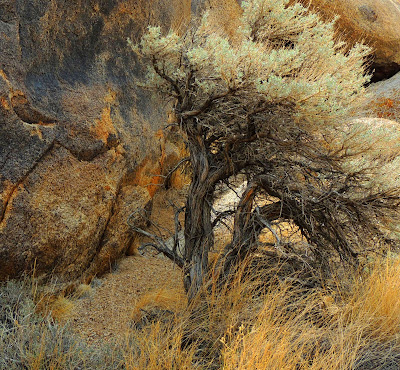 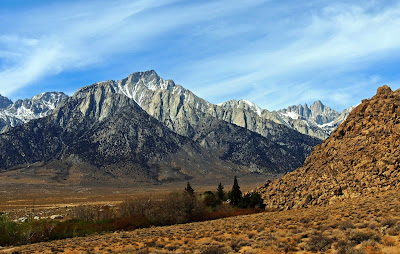 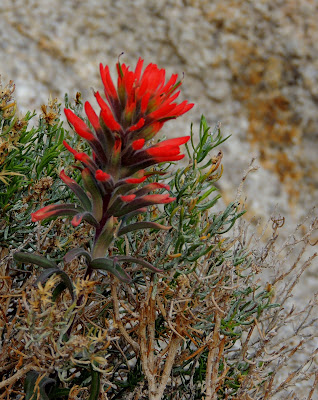 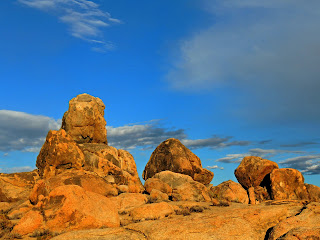 The wind is comin' up today. This country is a lot like Wyoming that-a-way... There just 'bout always seems to be a wind... and when there ain't... there's gnats. Lil' buzzing no-see-um biters that prohibit you sitting out in the sun without a breeze. ;)

Ben Jensen's story is coming along fine... He's feedin' me a lot of pages every day. I'll be back on track in short order if the weather, the propane, the truck and the budget hold out a lil' longer...

... then... if I can get some of the folks that have read the books to go back and leave a review! :) as well as send book links to their friends, their relatives, their neighbors and their FB pages and the bus driver that takes 'em to work... I'll be sittin' pretty! :)) How's THAT for a smooth segway into a commercial plug huh? ;)

I've got several more posts in the works from this desert country... some pretty serious things I've re-discovered for myself... and even dug deeper into with new discovery... at least for me...

I'll Be Back To Talk to You Again Soon!
Brian

Spectacular Pictures. The moon shot is one in a million!

brian same thing ,,coming from area 51 ,just about 15 mins from the burger joint headed back to vegas..two jets up from the desert floor and just a thumpin the ground scared the bejeebers outa us ..nice to know we are not the only ones good luck ..

One thrill after another....that was one striking ride! Sure enjoyed it and happy you got yourself steered into a nice calm landing :O)

I always carry a box fans so I'm not bothered by gnats. I also recommend Thermacell (see Amazon) for gnats, mosquitoes, etc. No smell and covers about 15 feet. They are wonderful.