Here it is... the pinnacle of Natural... and... the height of congestion, and people pushin' around...

Makes, the fall and winter the best time to take a look-see... Fact is, this trip it's November... the last time, I believe it was October... I don't believe I've ever been here in the summer.

We've been stayin' at the Wawona Camp on the south end. Just above Oakhurst... and mostly... we've been all by our lonesome in this camp along the river...


Folks have come and gone... but for the five nights we parked in there... we were the only ones, much of the time... Sweet.

The rest of the time, we spent a lot of time on the Raider... Took a long circle out hwy 49 up the west side of the park, through Mariposa and other lil' towns along the way... Even raced the boys on the Crotch Rockets for a ways... Yes sir... the Raider, ridin' two up... gave 'em a run for their money!

Us? We mostly just Cruised...


Was nice to have a most of a week of sunshine... twixt it an the new generator... was pretty laid back... Finally!

The next day after the Mariposa Ride we took a walk in the Mariposa Grove of Sequoia trees. I don't guess they're as big here as in Sequoia Park... but they're still, some bigger than what ya might find in your local woods... I'm guessin'.

Took a couple runs over to Yosemite Village, tryin' to get "Improved" sunset pics... having to wait in the construction zones... for a guide vehicle... whew... I'd HATE to see that place with the Summer traffic!... I come here then... I better make sure I've got a fresh prescription for some sort of Muscle Relaxer... other wise there's likely to be the sound of somethin'... SNAPPIN'!  :o) 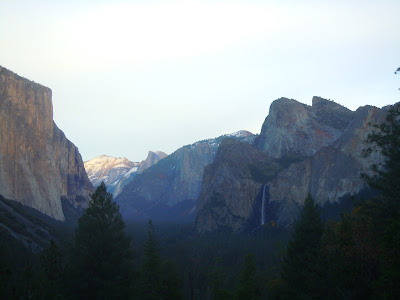 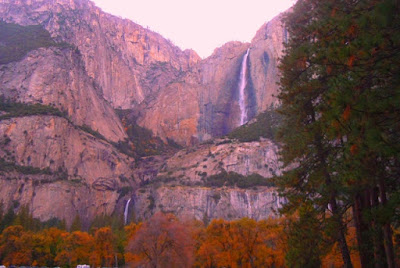 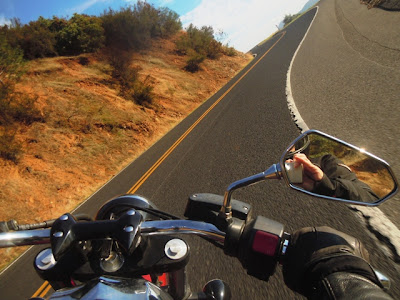 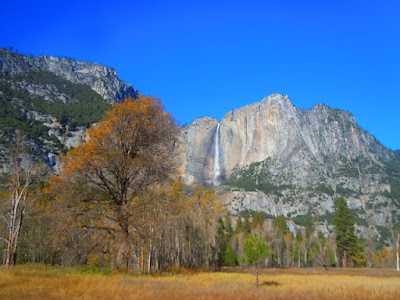 Sitting on the side of the road... somewhere in southern California... trying to get to Sequoia... before the winter gets there... and not knowing... if I'll have any commo up there... so here I sit and post! :o)

Talk to ya'll in a couple more days!

Keep on Keepin' On!
Brian
Your purchases, through the links to my e-books at your choice of distributors below, help support goin' RV Boondocking... and keep us on the Road!

Return to the Home  page of goin' RV Boondocking  or, Visit my "Ribbon of Highway"  Blog on the Lil' sister to this site, Motorcycle Touring on Freedom Road
Posted by Brian at 3:02 PM

Hey Brian, what a great pic of the trees !!!
Many thanks for it. Loved all the rest of the pics too. Have a safe trip. Sure is cold up here in Washington.

Amazing photos....thank you SO much for sharing!

Personally, I prefer Yosimite durring early spring -- the falls are flowing good and not a huge number of people. Highway 120 through the park is closed then though -- it may already be closed for the winter now.