All my life, 'tween the brush draggin' at ya, the critters and bugs bitin', scratchin' and cuttin'... and the wear and tear of just livin'... I found it advantageous to keep my carcass covered up. Hell, I wore chaps and a denim jacket with it a hundred degrees to keep my hide from gettin' shredded.

The number of times I've been exposed to the sun... even swimming... can probably be counted on my fingers and leave enough of 'em for a good firm grip on a cool one.

So... what possesses a guy, after well over a half century, to go against the hard won lessons of life?

Yeah... some shovel-nosed mackerel thought it would be kinda cool to gain one of them studly tans on his bodacious bod... Dumb, flea brained varmint!

Bwahahahahahhhaha... 'tween the wasps and the sun... I been gettin' some sort of a re-educashun 'round here for sure!

... and my constitution must not be quite so constitutioned as I thought... didn't take but twenty minutes in the sunshine for there to be three wrecks out on the dirt road passin' the farm as I mowed...

... and a case of that "Sun-Poisoning"... Pathetic... apparently a life of livin' ONE way... ain't about to change cuz of a twenty minute brain fart.

The culprits in those wrecks said the glare comin' off something movin' around the farm yard blinded 'em so bad they run off into the bar ditch...

So... itchy and wigglin' I've been ridin' some little bit... 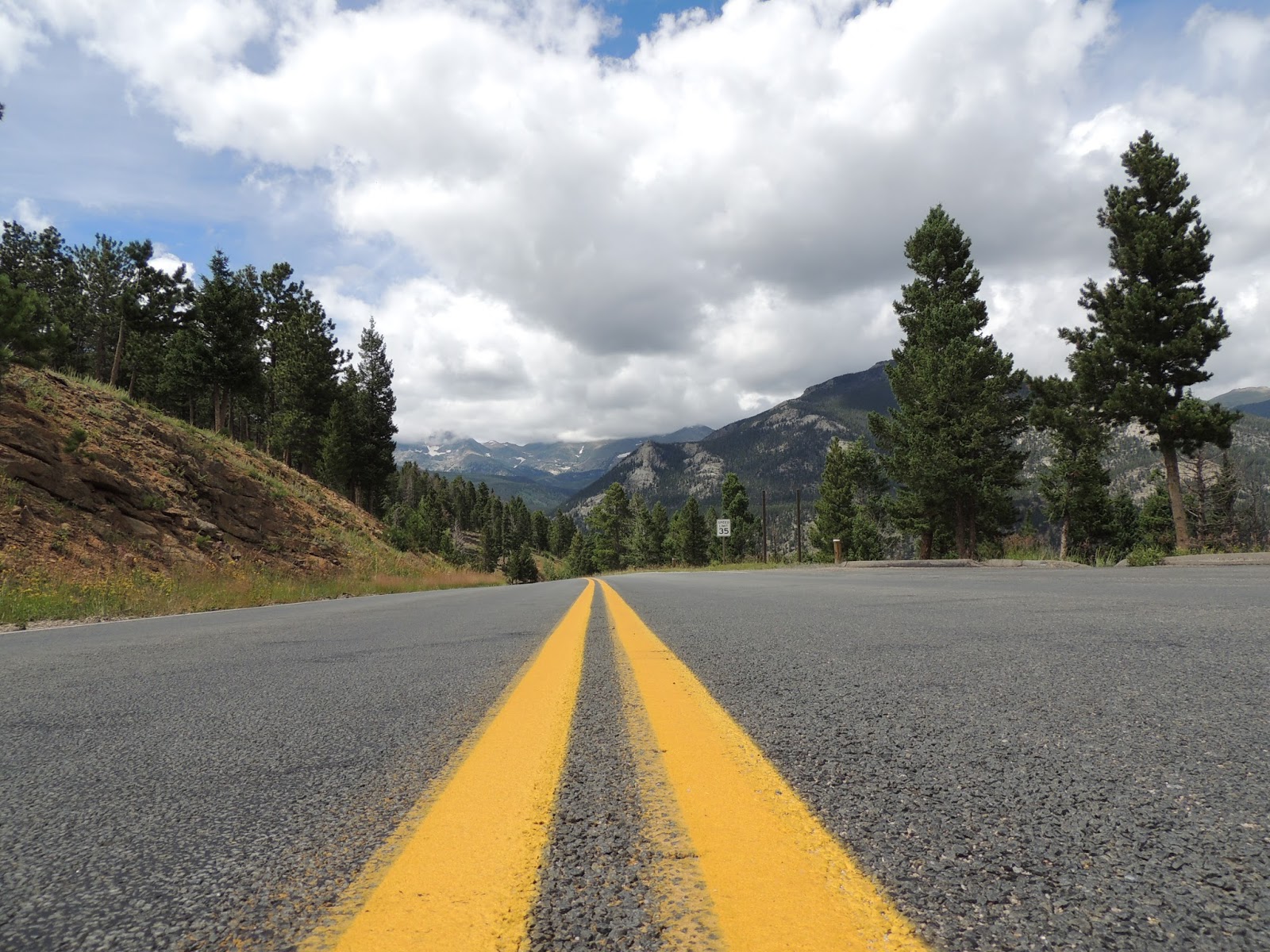 Planning on taking off later in the week for a few days of mountain riding. I've reworked some of my gear in the last couple weeks so I thought a "test ride" to make sure that the new gear and packing arrangement was gonna ride well... might could be a good idea. 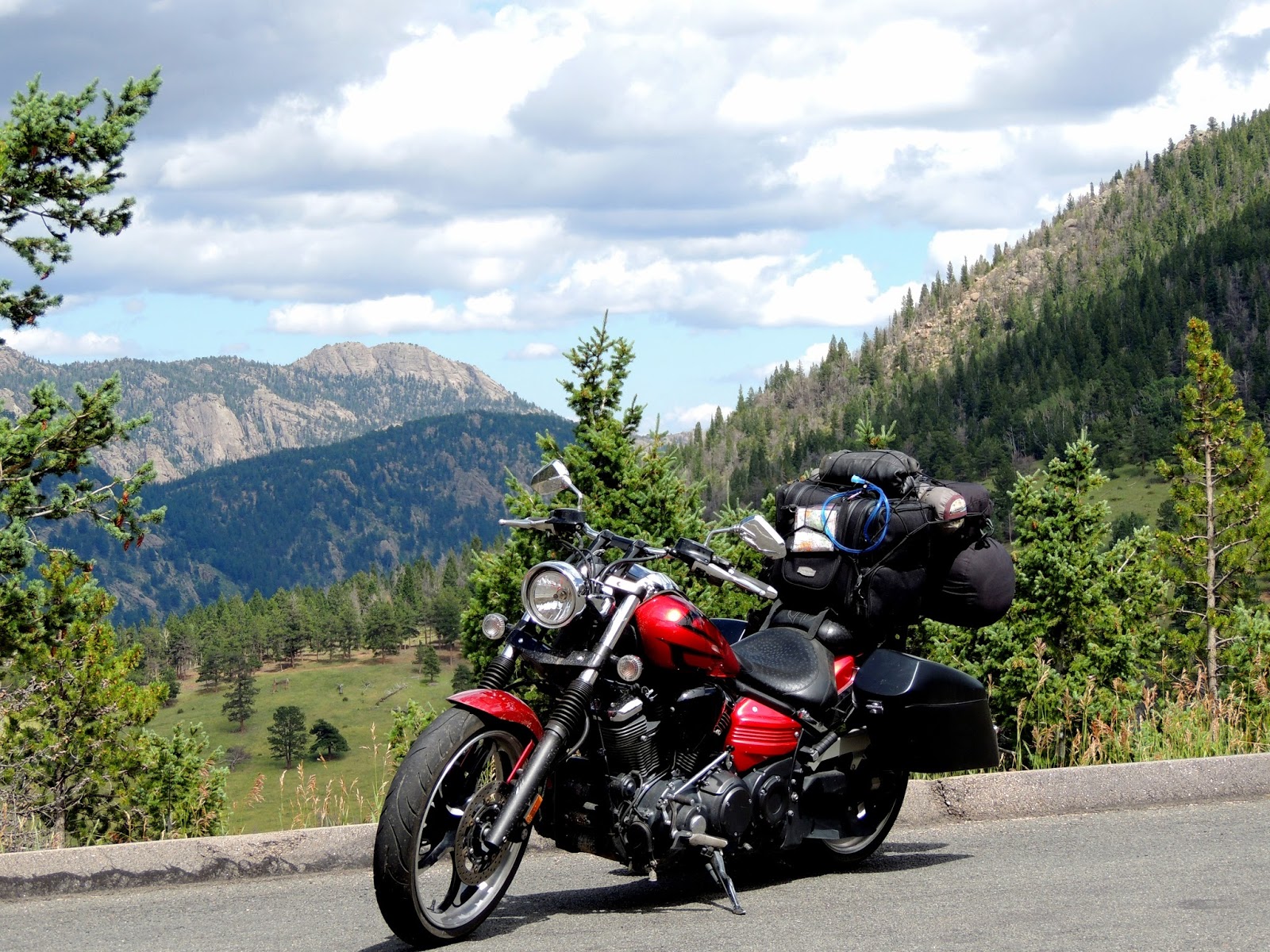 Another ride up Thompson Canyon and a loop up into Rocky Mountain National Park proved that out... a full camp on a cruiser is a fair load. But with the heavy stuff low in the saddlebags and just the bulky light gear up top... it rides well. Ready in fact for another long postponed Alaska Run! :)

So, as soon as a couple more close up chores get accomplished I'm gonna put me on the bike and the bike in the wind for maybe as long as a week riding some of that Western Far Country... just a mite closer to home than that... then it's back here to put the accumulated parts and materials onto the rig to prepare it for the journey north to the Beet harvest... which will be here sooner than we'll likely be ready for.

What possessed you? It just seems so out of character?

Well, know this... once you have had Sun Poisoning, you are even more prone to recurring episodes. Sunscreen is your new, bestest friend forever. You will need to pay attention to renewing hydration and protection when biking, hiking, mowing and otherwise rendering your carcass as critter bait.

Dumbass ... I'm just saying. Oh, and welcome to my dumbassed world, cowboy. At least I was 12 when I did my skin in. You expect dumbass kids to pull stupid moves like crispy crittering their skin on a canoe trip. Less so as a life guard. Even less patience when a climber turns themselves into a lobster at 30.(all of which I've done to myself. Obviously, you haven't got a monopoly on being an asshat.)