A Biker Cowboy's Visit to The Bishop Mule Days.

It appeared to me that pretty much the entire town, and no shortage of visiting drifters, turned out for the parade Saturday morning. People lined the street in both directions, most as far as I could see.


All up and down the street you heard the greeting; Happy Mule Days!

Now I'm used to seeing venders hawking cotton candy, soda, peanuts and beer at events of various sorts. In Bishop, Under a bright sunny sky on a warming day... one enterprising vender came up with something new, at least for me...


He rolled his cart of Watermelon down the street and had a booming business at I think I heard $5 bucks  chunk. ;)

When I was a kid the Parade for the Tucson Rodeo was billed as the longest horse drawn parade... this one is billed if I remember correctly as the longest non-mechanized...

Not sure who measures such things... The National Board of Parade Inspectors for Dimensions and Technology?

Just 'fore the real deal got working... two Ol' boys came along, riding the wrong way... and were doing a purty good imitation of what appeared to me to be stretching out the festivities of the morning after the "night before"...

That weren't fruit juice in the Red Solo Cup! 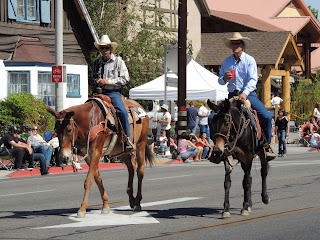 Right on time the parade came along, led of course by a Veterans Honor Guard, and those Mule boys rode off with it. ;) ... uh... the parade... not the Honor Guard ;) 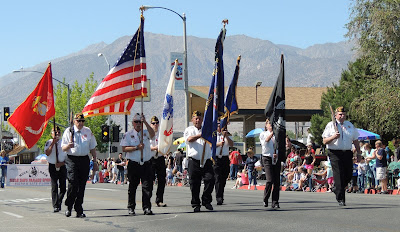 All the folks who struggle to keep one horse shod... how'd you like the shoeing bill for that crowd? :)

There didn't seem to be a whole lot of saddle animal racism neither... horses were let in and rode alongside the mules without any nasty remarks. :) 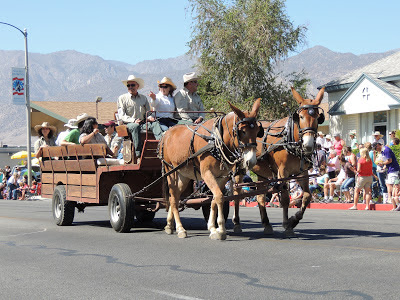 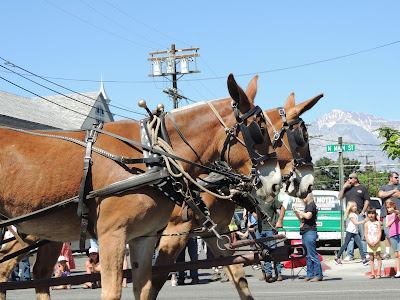 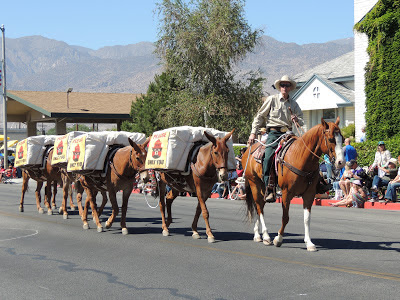 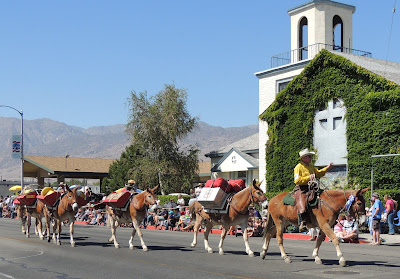 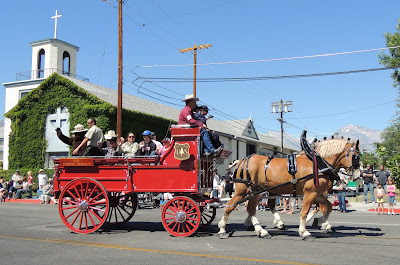 ... and then along came one of the legendary twenty mule team setups... 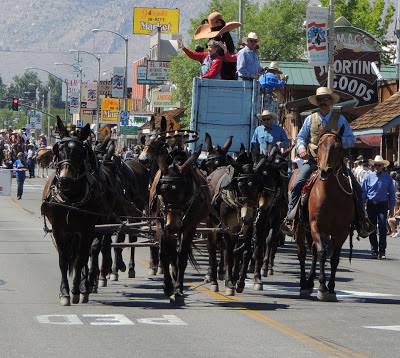 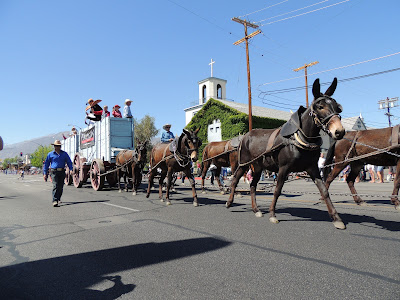 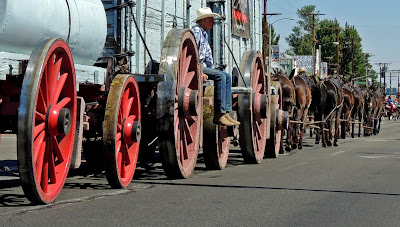 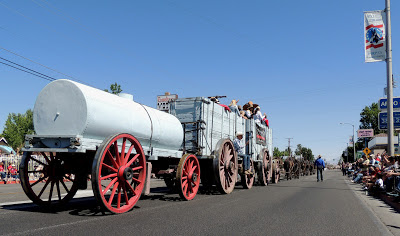 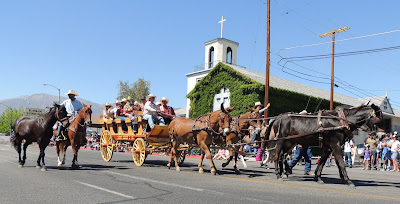 At times it seemed like a Packer's Showcase. ;) I didn't count how many Pack outfits participated... but if there was one in California that wasn't here... I'll bet it was the ONLY one! 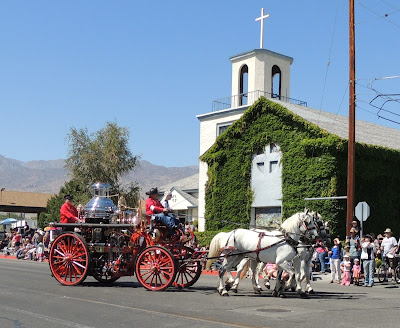 Lot's and Lot's of purty critters and fine equipment to admire... 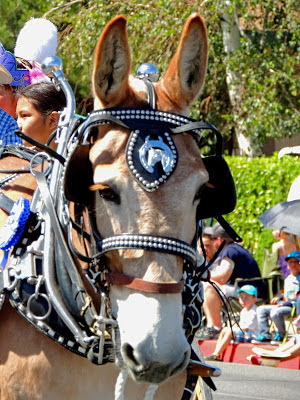 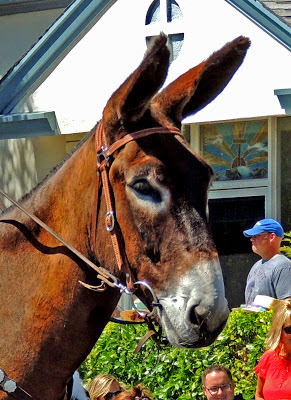 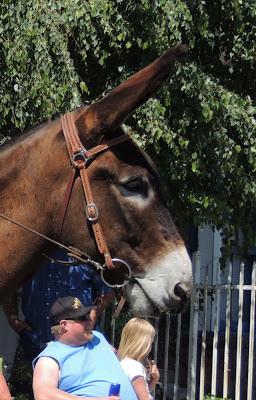 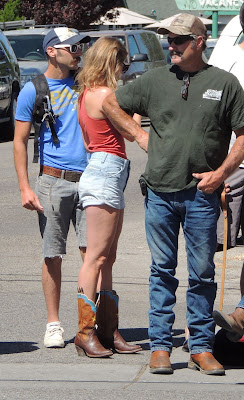 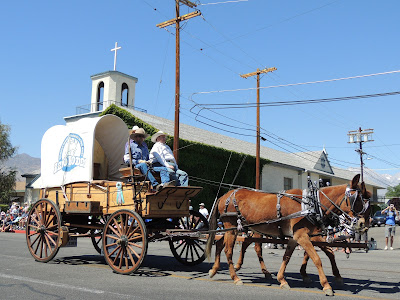 For the eccentric thinker... there was even a bit of RV inspiration... 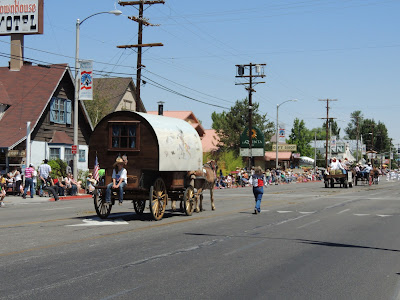 Hmmmmm... if I made it a six-up... I could put in the extra batteries for my solar, a better water tank AND pull a pup trailer to carry my Yamaha! :)

I'd need a few new Website sections; "Fuel Economy of grass versus alfalfa" and  "The Care and Feeding of your Tow Vehicle"!

Then there'd need to be an article admonishing RVers to "Clean up after your Tow Vehicle!"

I'll just hang a few more pics of the Bishop Mule Days Parade on here or this'll run on till midnight... then I'll try and do a second post in the next day or three with some of the pics and clips from the "competition" performance in the arena... 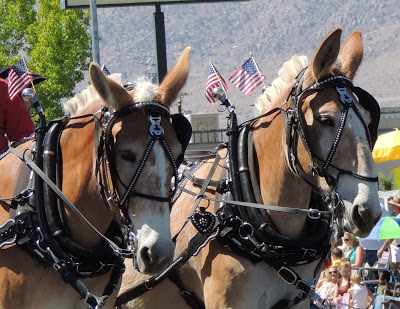 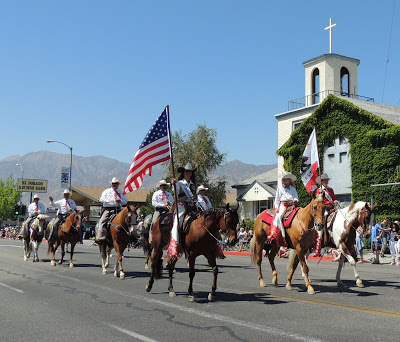 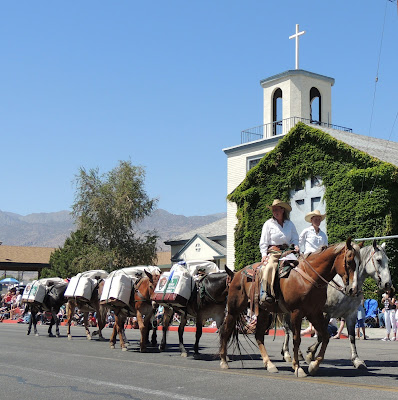 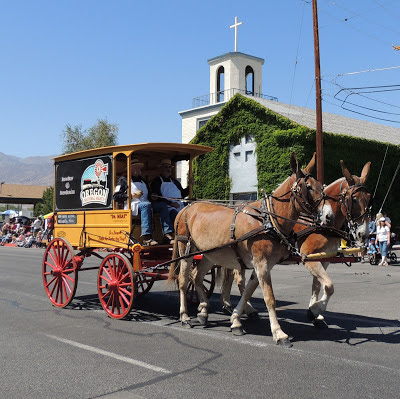 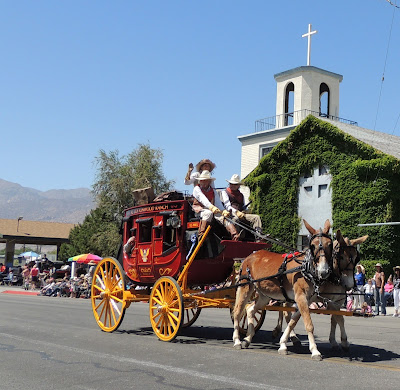 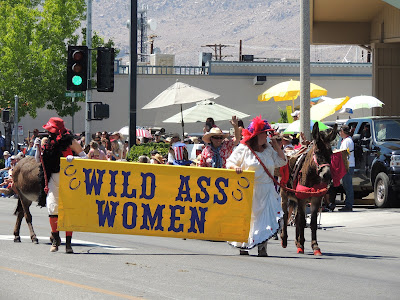 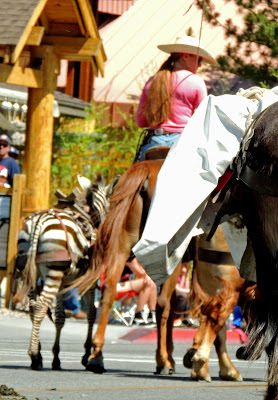 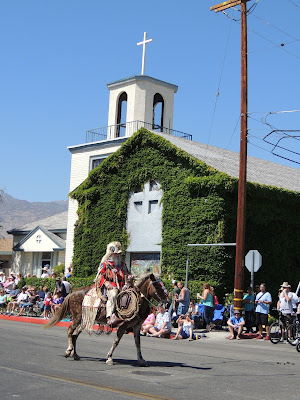 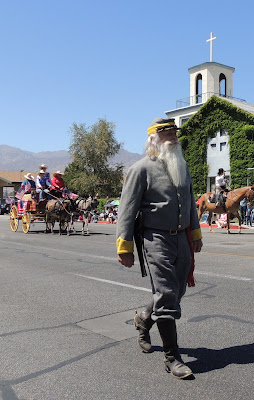 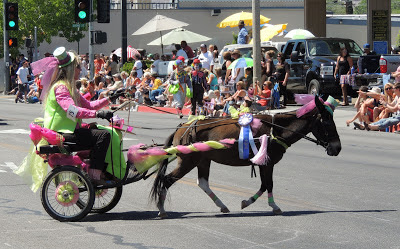 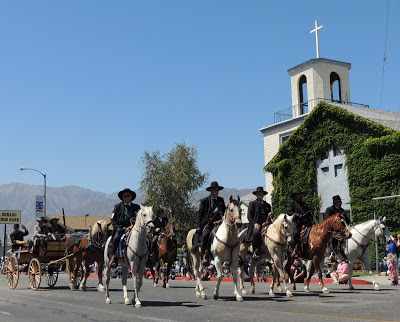 ... and finally... a band of horsemen... guess they're like me... don't get along with Mules so good... 'cause they don't like dealing with critters that are Smarter than they are! :)

Hey Brian,
Thanks for posting the pics. I never get to see the parade except from the wifes pics seeing as how I'm always stuck in a craft booth. Jeff.

Looks like a good way to spend a sunny day. I love rural, small towns...the parades, farmers markets, rodeos,etc. They have a certain "feel" that suits me just fine. Looking forward to more pics.
Ralph

Thank you so much for posting all the photos. I get so lonesome for Bishop sometimes.

Hey Brian! Thanks for posting photos from the parade. Out of curiosity, did you get any photos of entry 93? We weren't anything fancy, but we were right around the time of the Wild Women Asses ;o) and directly behind the Janis Joplin hippie mule. We're a group of 5 bay mules and one red dun mule. :o) Thanks for your time and consideration. If you do have any photos, would you be so kind to email them? rosy.mule@yahoo.com Thanks again!
Jacquelynn