Take the RVing Past... Mix in a Pinch of Financial Reality...

... Temper in the political windstorm that surrounds us all... and slog out of the dust cloud on our new and adventurous RV Boondocking road.

Cindy asked in a comment the other day; "What Century Would I have chosen to be born in?" ... I'd have to say, all things considered, I'd have found being a grown man somewhere around 1815 to be my best chance of finding the "Best" fit... How-some-ever, the time is not the only part of my Vision. The particular place on earth is as big a part of the fantasy... I'd have chosen to be Just a Man, Free on the Earth... in the Shining Rocky Mountains...

Why? Because it was a time where the spreading blight of human population had not yet consumed all the Free and Open lands. The space still existed for a man to be able to live in a world where he could exercise the laws of Nature and Conscience... and NOT be bludgeoned by the hypocrisy of political civilization. The open spaces still existed where Civilized Mankind could not yet impose its arrogant claim of ownership of every damn grain of sand on earth... and every soul living on that sand 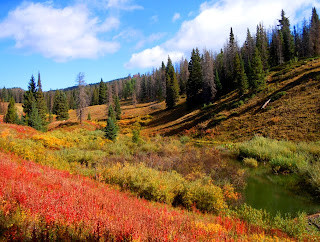 But... that's a Castle in the Sky, for which to my knowledge, there ain't a way to build any foundations under. So, I've got to deal with the real and present dangers... While still keeping some part of that Castle alive in the reality of my road... Hell, maybe that is the foundation under the castle...

Maybe the foundation I seek is, finding a way to shield my life from the brutal hungers of the megalomania that contaminates soh-sigh-uh-tee.

I said it way back in the beginning when we were stepping off; After a couple of years we'll look at where we are and where our ambition leads us and rough out our new road then. 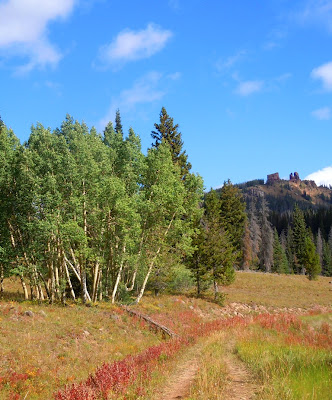 The philisophical, political and financial realities that I've been sorting through for months... um ... years? ;) has finally broke out of the dark of the black timber to where I can see how our RV Boondocking trail lays through the miles ahead.

The way we (I) like to go yondering, filtered through the financial realities and keeping the flexibility to deal with "worldly" realities in the mix; we'll be working on the pieces and parts of our continuing Wandering Journey over the coming year... and barring a total crash and burn event this winter, we'll make some significant progress along our road in the coming months...

The way were gonna go is not some sort of radical new cowboy fabrication... just... our own variation of an old way.

I'm gonna divide the year into two seasons... There'll be the yondering, rideabout RV travel season and the slow down of winter camp.

The current prospect area to find a place to erect our RV winter camp is some secluded piece of dirt between Bouse... north of Quartzsite and Ash Fork... west of Flagstaff.

The setup will be carved out in an off grid/autonomous sort of layout. Over the years I've collected designs for water systems, composter systems, solar/wind power, wood heat, RV chalet modifications, and even some zero power input cooling technology!

Using our old Fiver as the core of the camp we'll add in a lodge room using parts of the RV Chalet ideas, and then add a lighter Travel Rig for the Yondering Season.

The division of time I'm guessing will run from something around November through March for winter camp and April through October for the Summer circles and Raider Rideabouts.

Having a light travel rig will allow plenty of short winter circles as well... leastways if I can pull herself out of the stone grinding shop in Quartzsite!

Hey, I like your plan!! Thanks for answering my question, too. I figured you were thinking around the Wild West days...although, we both know that they had their hoodlums that shot first, stole first, and only cared about their gang and gold. Time evolves with lots of good ole days (the best parts) and the nasty times with the bad ones in charge. I understand your point about the 'owned less' parts of our country, too.
I will definitely be hoping that your plans come together for your winter camps and summer travels. That's the best way you can share the good life...with uplifting sharing of fun, facts, pictures and just spreading the serenity of whereever you are. Hugs!

Seems to me that back in the day they made a winter camp also.

Sounds like a good plan. The less driving you do pulling around a trailer, the less money you need. I don't tow a car because I don't want to be in a car all day long - once I get to my location, I want to stay put for awhile.

Always wish I was born 200 years earlier. Sounds like you got a plan. Best of luck!

I surely do like your plans. When you get that winter camp up and running, be sure to take plenty of pictures of the construction and planning phases. You know I am nosy and want to see it all. LOL Can't wait for pictures of the lighter rig you are planning to do.
Happy camping for both you and Herself.

Yeah... there were bad times in those days, there always are; but the culture was different. Though life was difficult and more physical, the Number of intangible, hard to see "assaults" on your spirit were far fewer. It was a more "direct" world. You weren't prohibited from defending your self. Hell, you were expected to. People tended, in general, to "behave" far better as there could be immediate and severe consequences.